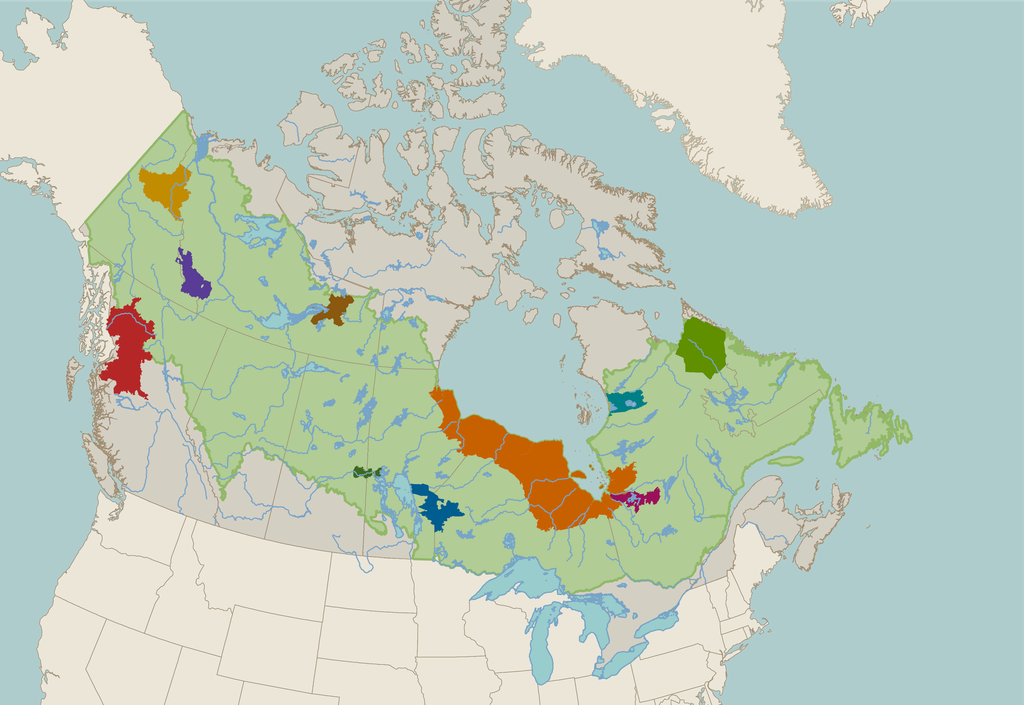 Hover your mouse on the image above to learn about the boreal forest's biodiversity. (Image courtesy of the Boreal Songbird Initiative and Ducks Unlimited. Click here to see the original graphic.)

Northern Canada has never been regarded as a biodiversity hotspot, due to the widely-accepted belief that tropical areas contain most of the world’s biodiversity, while concentration dwindles toward the Earth’s poles. However, a new report by the Boreal Songbird Initiative and Ducks Unlimited would like to overhaul that understanding to reflect Canada’s biological clout.

The report highlights some locations that demonstrate the sheer number of animals in Canada’s boreal forest, such as northern British Columbia’s Sacred Headwaters and Caribou House, which straddles northern Labrador and Quebec.

Jeff Wells, director of science policy for the Boreal Songbird Initiative, says that Canada hosts biological phenomena rarely seen anywhere else on the planet. It has been estimated that the boreal forest hosts about one to three billion nesting birds.

“We still have massive migrations of caribou across the boreal region,” he says. “Throughout most of the world, predator populations are endangered, but we still have healthy populations in Canada. Even the intact nature of the habitat here is a rare global feature.”

Besides the phenomena native to Canada, migratory species that make their summer homes in Canada, such as some species of warblers, are key pieces of the biodiversity credited to tropical regions. In their winter migrations, he explains, the millions of warblers play a significant part in plant pollination down south.

What the report suggests is that biodiversity is about more than just the number of species in a region, and that high-latitude locations can play huge roles in maintaining the planet’s overall biodiversity.

What the report suggests is that biodiversity is about more than just the number of species in a region. It is also about the unique behaviours, rare migrations, intact ecosystems and other high-latitude specialties that play an important role in maintaining the planet’s overall biodiversity.