Check out our great lineup of speakers and reserve your ticket for an upcoming Can Geo Talk!
January 27, 2020 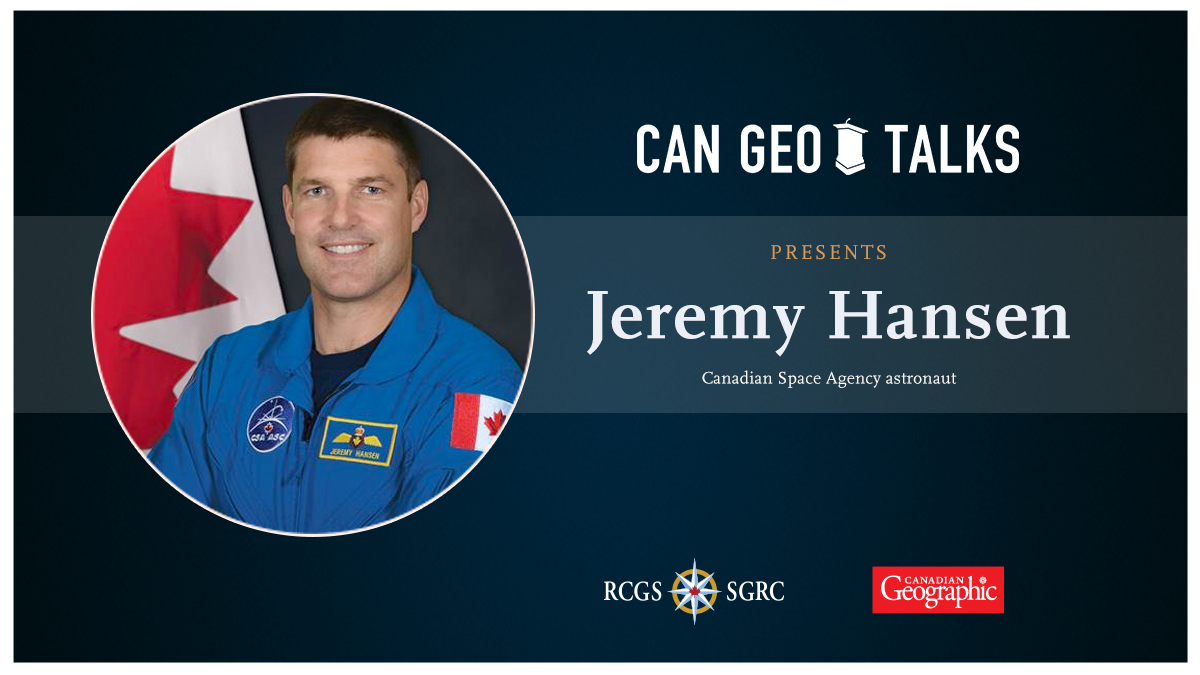 Jeremy Hansen has been an astronaut with the Canadian Space Agency (CSA) since 2009. He is an experienced CF-18 fighter pilot. In 2017, he became the first Canadian to be entrusted with leading a NASA astronaut class. While he awaits assignment to a space mission, Jeremy is keeping busy. He represents the CSA at NASA, speaks to young Canadians, works at NASA’s Mission Control Center as capcom — the voice between the ground and the International Space Station — and continues his training.

Don’t miss this exclusive opportunity to hear Canadian Space Agency astronaut Jeremy Hansen speak about his journey to becoming an astronaut and more! 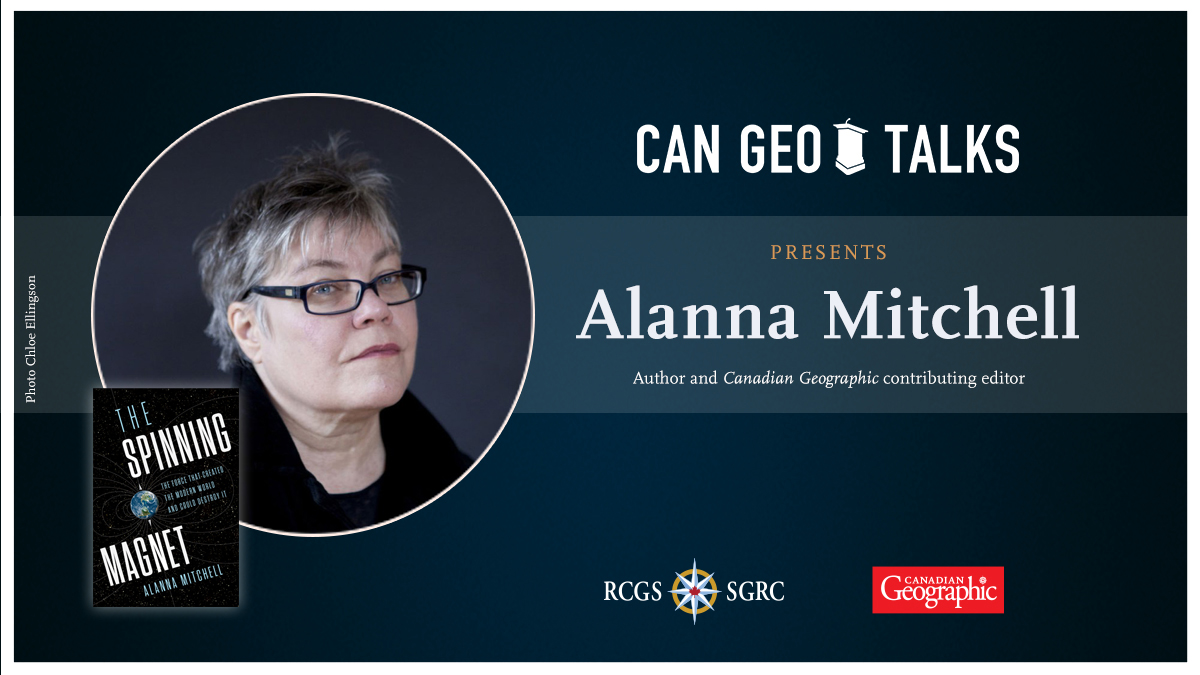 Acclaimed science journalist, author and Canadian Geographic contributing editor Alanna Mitchell will share insights from her book The Spinning Magnet: The Electromagnetic Force that Created the Modern World — And Could Destroy It. Imagine a world with no satellites, no Internet, no smartphones and no power grids; this thought-provoking event will explore the potential impacts of the planet’s rapidly decaying magnetic field. 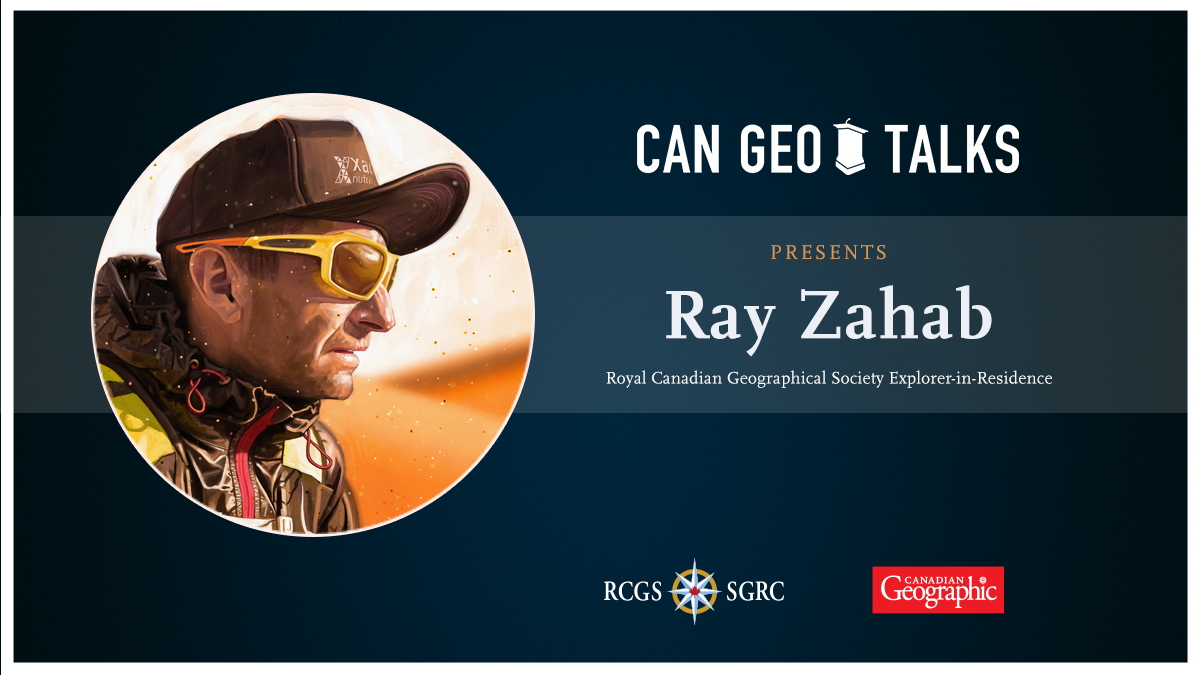 World-renowned ultramarathoner and Royal Canadian Geographical Society Explorer-in-Residence Ray Zahab will captivate with tales from his incredible endurance expeditions around the globe. From crossing Russia’s Kamchatka Peninsula in the dead of winter to running 7,500 kilometres across Africa’s Sahara Desert, Zahab has become an international guru of human-powered potential. Don’t miss this exclusive opportunity to hear the secrets of one of the world’s top endurance athletes. 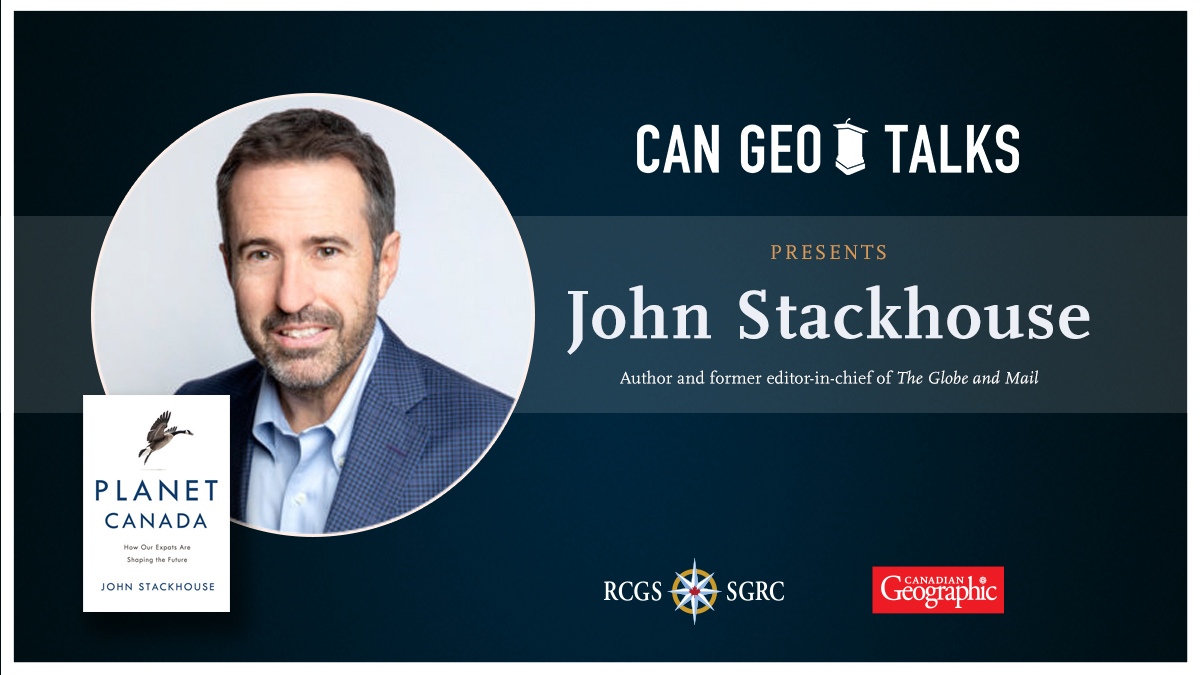 In his new book Planet Canada, bestselling author and former editor-in chief of The Globe and Mail John Stackhouse explorers how the country’s greatest latent resource is the three million Canadians who don’t live here. Join Stackhouse as he highlights how the nation’s expats — from educators to entrepreneurs — could serve as indispensable ambassadors in ensuring Canada’s place on the world stage.