Project will use satellite imagery to track walrus populations and habitats and guide their conservation
By Thomas Lundy
November 24, 2021

If you can’t go to the walrus, bring the walrus to you. That’s the idea behind a new five-year WWF project aiming to make “walrus detectives” out of Canadians in an attempt to contribute to walrus conservation science.

The Walrus from Space initiative gives participants access to thousands of high resolution satellite images provided by space and intelligence company Maxar Technologies’ DigitalGlobe. By studying the photos online, conservation enthusiasts can identify areas where walrus haul out onto land and then count them.

“The aim is to develop a method to create population estimates from space,” says Brandon Laforest, senior specialist of Arctic species and ecosystems at WWF Canada. “Then you can monitor walrus over time — in a way that's a lot less invasive and a lot more cost effective and real-time than flying planes up every year trying to find them.”

The data will also give insight into how walrus habitats are used overtime, for example which haulouts — terrestrial or ice-based locations where the large marine mammals relax between feeding bouts — are used and which are abandoned. This can then be compared to climate factors, shipping and other potential disturbances to find out what issues are having an impact. 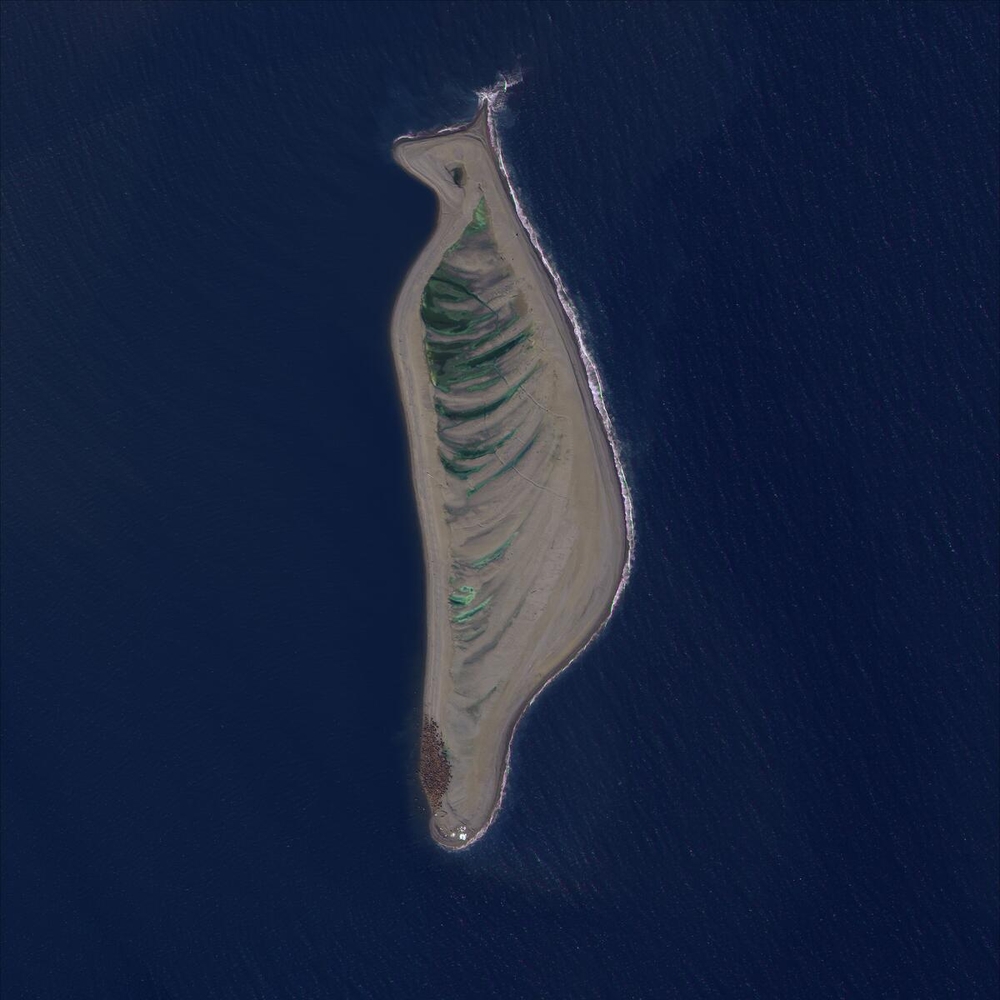 A satellite image of a walrus haulout and an example of the type of images “walrus detectives” will be scouring over the next five years. (Photo: Satellite imagery 2021 Maxar Technologies)

While widespread hunting caused Arctic walrus populations to plummet in the 19th and early 20th centuries, walrus are not listed as endangered in Canada. Currently assessed as a species of special concern, Laforest says one of the project’s key messages is that while walrus face numerous threats, there is still a chance to get it right in terms of “proper habitat protection, proper monitoring and proper mitigation.”

One major potential threat to walrus is the rapid rate of seasonal sea ice reduction in the Arctic, currently declining around 13 per cent a year. Walrus are dependent on seasonal sea ice for haulouts and as a platform from which to feed on their preferred fare of sea cucumbers and sea stars.

Laforest says the mistakes we’ve made in the past regarding walrus should serve as motivation. Walrus are generally thought of as an Arctic animal in Canada; however there was once a time when they thrived throughout the east coast of Canada, with populations found in Nova Scotia, the Gulf of Saint Lawrence and Newfoundland.

“We made so many mistakes that they’re gone from these parts of the country,” says Laforest. “There's a real responsibility for Canada and other nations to work [on issues] that are impacting walrus.”

The project will depend heavily on citizen science, which has numerous benefits, according to Laforest. Due to the sheer volume of images collected, opening the project up to the public means significantly more data will be collected. The project also gives the public a chance to do something positive for the environment — something Laforest believes is top of many peoples’ minds following this month’s COP26 climate conference in Glasgow.

“It’s a great way of having people learn more about an animal they may never get to see with their own eyes.”