The new Canadian High Arctic Research Station is helping to create a positive working relationship between northern scientists and the local community
By Neha Acharya-Patel
September 13, 2019

I am in the Arctic!

By some amazing twist of fate, two separate research groups invited me to join their trips to Nunavut. So here I am, at the new Canadian High Arctic Research Station (CHARS) campus. It is located in the northern community of Iqaluktuttiaq (Cambridge Bay), which means “place of many fish” in the local dialect, Innuinaqtun. The station is run by Polar Knowledge Canada, a government organization that was created to increase the capacity for Arctic research and development. They provide housing and infrastructure to scientists doing research in the north. In the month I have been here, I have worked with Ocean Networks Canada, the Barcode of Life Database, Actua, the Arctic Research Foundation, and Ocean Wise. They, and many other groups, work in conjunction with POLAR to conduct research and community outreach in the Canadian Arctic.

As the first Canadian to receive the Rolex Scholarship, I arrived at CHARS with the goal of making connections. My time up North has given me the opportunity to do that and so much more. It has been incredibly enlightening for me to be exposed to a part of our country that fewer than a fifth of Canadians have ever seen. Scientists are often transient visitors in the regions they study, and I strongly believe in the necessity of nurturing a working relationship with the local community. The troubled history of colonialism in Canada is still manifested in communities like Iqaluktuttiaq, so I really wanted to learn about the historical and current public perception of research in the area. 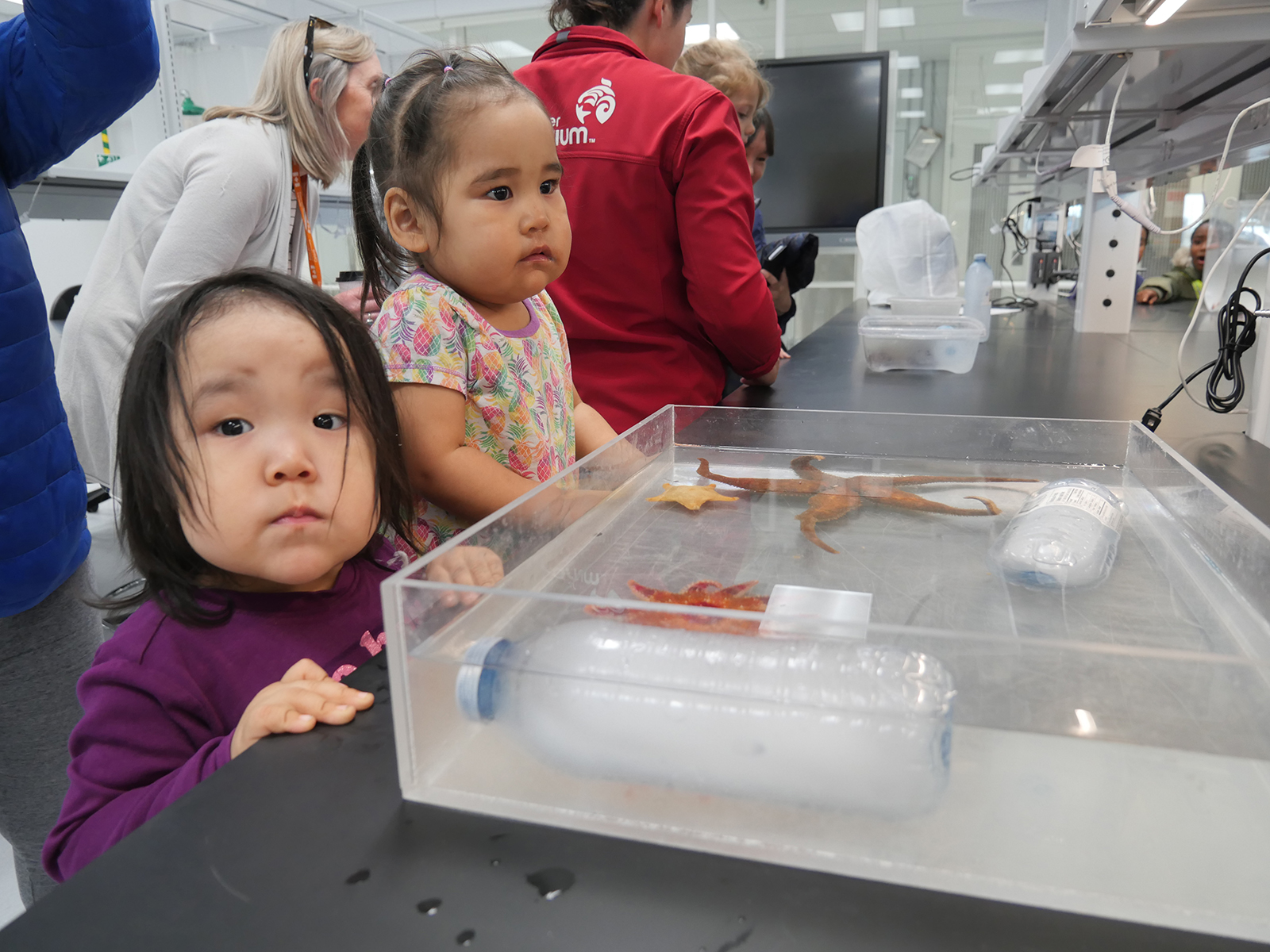 People have been living on this land for 4,000 years. Iqaluktuttiaq refers to the short section of river that drains Lake Tahiryuak into the sea. It was a strategically important place for the Inuit of the Kitikmeot region (western Nunavut) because of the abundant Arctic char runs in the spring and fall, as well as the natural funnel it formed for caribou migrating from the lakes in the east to the ocean in the west.

After a long winter on the sea ice, hunting seals, families would gather on the shores of Tahiryuak in the spring and jig for char and trout. In May, the returning caribou would be hunted, and then once the lake ice had melted the char would be fished in June as they ran to the ocean, and again in August when they ran back up into the lakes. After a good season at Iqaluktuttiaq, the Inuit were ready for another winter on the ice. This cycle repeated for hundreds of years.

When Europeans came to Iqaluktuttiaq to establish a trading post for the Hudson’s Bay Company, the Inuit did what they had already been doing amongst themselves for centuries and began to trade with them. This was the start of the ubiquitous presence of Europeans in the Canadian Arctic, as well as the beginning of the end of the nomadic existence of the Inuit.

Before the Second World War, researchers in the Arctic generally maintained close and beneficial relationships with the Inuit. Because these researchers had to travel by sled or ship, they were often in the North for long periods of time and relied on the Inuit for their survival. This led to long working relationships in which the researchers would often learn the local language and adopt traditional hunting and fishing practices, leading to greater levels of understanding and appreciation.

Throughout the 50s and 60s, however, as Cold War tensions escalated, external interest in the Arctic shifted from exploration to national security. The American army built a series of radar stations across the Canadian Arctic to detect incoming Russian missiles. With this new infrastructure, the lives of researchers and the Inuit became increasingly separate. Now scientists could fly up for shorter periods of time with their own supplies and research assistants. It was also during this time that the Canadian government began to pressure Inuit to settle in permanent communities, and sent many children to residential schools. By the early 1970s, the Arctic was an important site for oil, gas and mineral exploration. These incursions spurred the formation of Inuit Tapiriit Kanatami, a strong-willed group of Inuit who fought for an Inuit homeland, resulting in the creation of Nunavut in 1999.

A key focus during the negotiation of the land claims agreement that created Nunavut was establishing how traditions and cultural knowledge were to be integrated into governance of the territory. The principles of Inuit Qaujiimajatuqangit were developed to connect old and new ways of life in the Canadian Arctic. Literally “that which has long been known by the Inuit,” IQ established Inuit knowledge and values in government, research, social and cultural policies.

It’s also woven into everything that takes place at CHARS. Having members of the community visit the CHARS campus and feel comfortable in the space is essential to its success. During my time here, I helped to organize a community event for the Vancouver Aquarium. We had touch tanks with animals we collected during our time here, and I gave some talks about my scholarship and scientific diving in the Arctic.

I believe that as CHARS ramps up its programming, the relationship between the Inuit community and the researchers who come here will strengthen once again. It is a thrilling time to be doing science in the Arctic.

I am grateful to Pam Gross, Mayor of Ikaluqtuttiak, and Ann Balasubramaniam from CHARS for their help with this piece.

Neha Acharya-Patel is a research diver and aspiring marine ecologist. She is the 2019 North American Rolex Scholar of the Our World Underwater Scholarship Society.

Related: Canadians helping to save coral