Deep within the Great Bear Rainforest, the trap is set: a 50-centimetre-high wire criss-crosses between the trees and a mock kill left near the wire is doused in fish oil. It’s an elaborate set-up, and one with a very specific goal – to collect bear fur.

“[The bears] often get quite angry when they find out it’s not actually food and smash the pile, covering themselves in the oil,” admits Megan Adams with a laugh, "but it’s a priority for us that it’s not invasive. We get to let them tell their story with minimal interactions."

Adams is a University of Victoria PhD candidate and Hakai Institute researcher investigating the relationship between bear and salmon populations. She has been trekking through the Great Bear rainforest setting up barbed wire "fences" like this every spring for the past five years. Her work, based on hundreds of hair samples collected (and an additional nineteen years of data gathered across the province), has recently been published in the scientific journal Ecosphere.

In it, Adams reveals the surprising extent to which grizzly and black bear populations in British Columbia rely on salmon abundance, which highlights the importance for conservation efforts to look at entire ecosystems instead of separate systems. 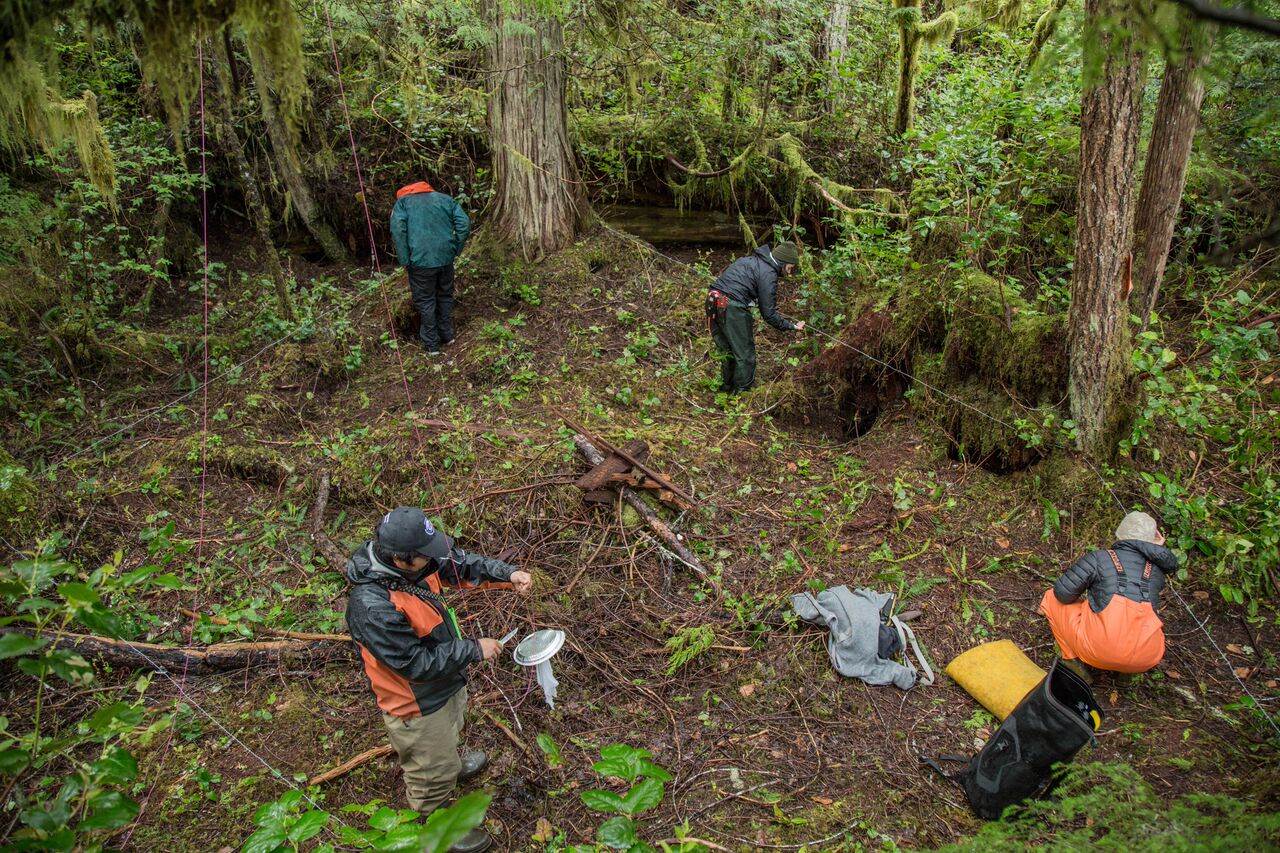 Adams and her team setting up the wires (Photo: Adrien Mullin)

Insight into the salmon diet of grizzly and black bears

Bears love salmon. The fish, lucrative in protein and fat, provide a rich meal and can be an important proxy for researchers trying to determine a bear's health. Previous research has shown strong relationships between the meat in a bear's diet and the amount of cubs produced, body size, and population density for a whole region.

What is intriguing about Adams' research is the extent that a bear will go for salmon.

The study found high levels of salmon consumption even way up the Nass River, deep in the British Columbia’s interior. In some of these areas far in-land, little is known or monitored for the salmon populations.

The hotspot maps from the study (below) offer detailed snapshots of the variable consumption of salmon occuring between black and brown bears across B.C.'s landscape. They also provide insight as to how that has changed over time in relation to fluctuating salmon populations.

“It captures my imagination. You have these fish navigating, hundreds if not thousands of miles from open ocean, upstream into water where they offer an extremely critical food source,” says Adams. 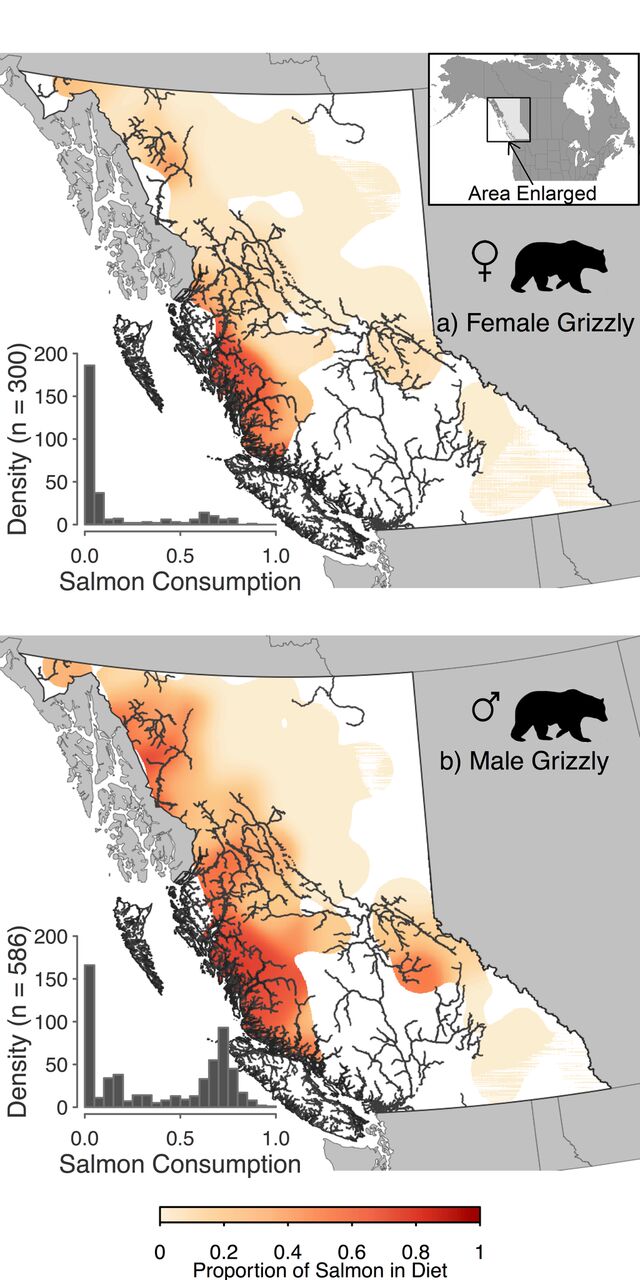 Fig. 5 from the study. In these hotspot maps you can see a comparison of salmon consumption between a male and female grizzly bear. The darker red areas on the map are spots where the grizzlies have a high reliance on salmon for their diet. The bar graphs (histograms) show where the bears are characterized to eat more salmon; note that the x-axis is on a percentage scale, meaning more salmon is consumed the further right you are on the graph.

The findings have important implications for conservation managment, both at land and sea.

Currently, salmon are managed at a federal level while bears are managed provincially. The distinction can lead to siloes of practice and information within a ecosystem that is otherwise very interconnected.

“These [management] systems are extremely separated due to different geopolitical barriers. Bears and fish don’t care about that,” says Adams.

The links found in the relationship between the salmon and bears have special significance when you also consider how current bear-human conflict is managed. Right now, one of the main ways the provincial government addresses bear-human conflict will be to remove or kill the bear. But a previous study done by Kyle Artelle, a Raincoast Conservation biologist who is a co-author in Adams paper, found that while changing hunting levels or removing the problematic bear did not reduce conflict levels, increasing salmon abundance did.

In fact, the study found that yearly conflicts between bears and humans increased on average by 20 per cent for every 50 per cent decrease in salmon available for the bears.

"There is this mismatch between the ecology and bear management system. The sea is connected to the land but the management doesn’t reflect that in meaningful ways," says Artelle. "This new paper shows just how important salmon is to their diet, and that it even extends far in-land." 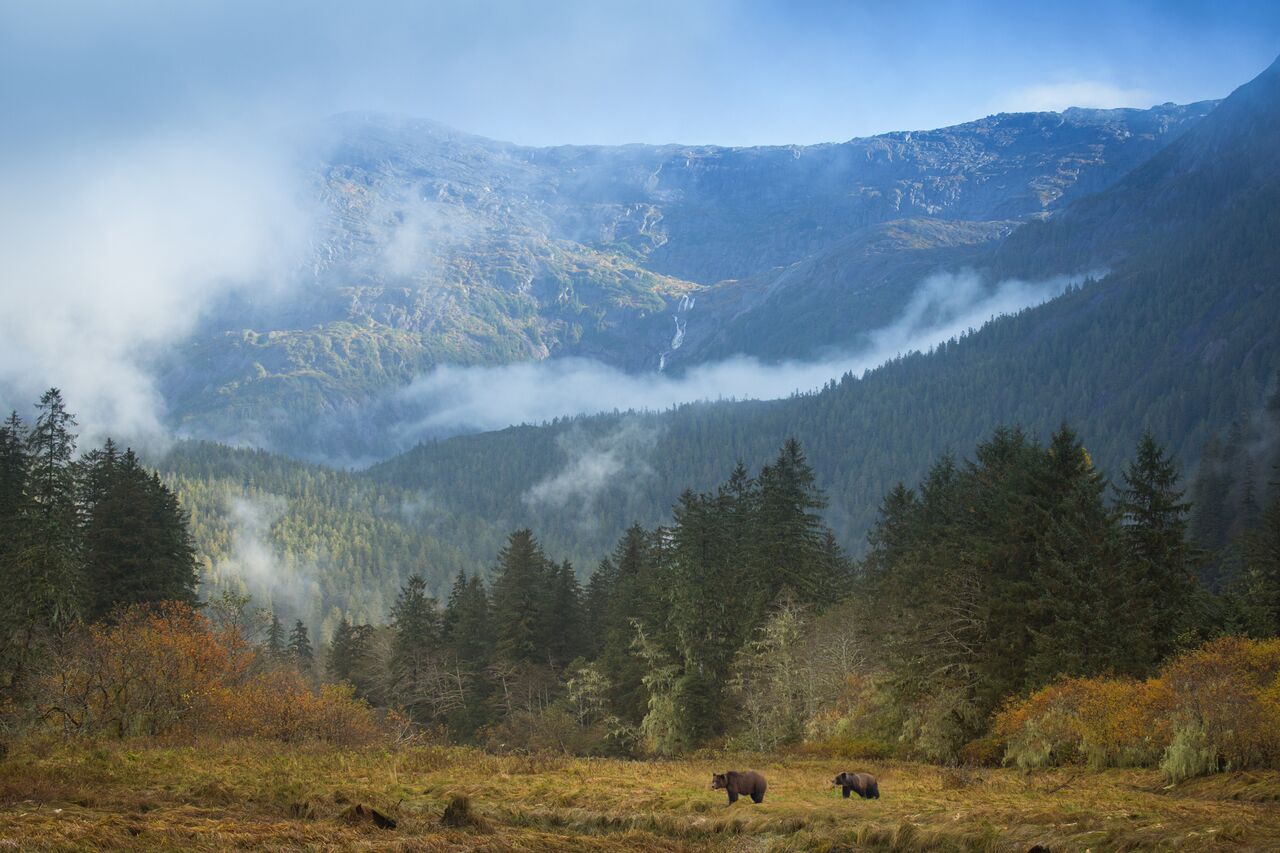 The study involved collaborations with the Wuikinuxv First Nation. Danielle Shaw, Wuikinuxv Nation’s stewardship director who has been working with Adams on the project, says the scientific rationale will help support ecosystem-wide conservation practices that have been repeatedly dismissed, despite being based on valuable, longstanding traditional knowledge.

“We strongly feel we are the stewards of the land and have a great responsibility to the land. That doesn’t mean just making sure there is enough fish to come back, but that different species that rely on the fish are able to thrive,” says Shaw. She hopes future studies will continue to look at the environment as a sum of its parts.

“This study opens the doors up for looking at how much fish all these species need, and what does it really mean, looking after an entire ecosystem. Not just making sure the fish are coming back every year so that our freezers are full,” says Shaw.