Threatened olive-sided flycatchers are ‘elusive’ to find, so listening might be the answer
By Angelica Haggert
March 2, 2020

“Each time we visited a male’s territory, we would have to locate him and count how many songs he sang in five minutes,” says Upham-Mills.

Olive-sided flycatchers were listed as “threatened” under the federal Species at Risk Act in 2007 in Canada. Possible reasons for the decline of the species include forest harvesting and development projects. When re-evaluated in 2018, they were designated to be of “special concern.”

Upham-Mills says it’s challenging to monitor nests via camera — and live — because the species is a “cryptic nester.” That’s why using song to monitor breeding status was at the root of her research, recently published in Ecosphere.

“[The birds] have evolved approaches to stay hidden to avoid predation,” says Upham-Mills. “The olive-sided flycatcher often places its nest high up in tall coniferous trees. They also have large territories, meaning even if you know where a male is generally singing from in a patch of forest, his nest could still be 500 metres or more away from there. It often took a month of weekly site visits lasting many hours until there was some evidence to suggest where the nest was located.” 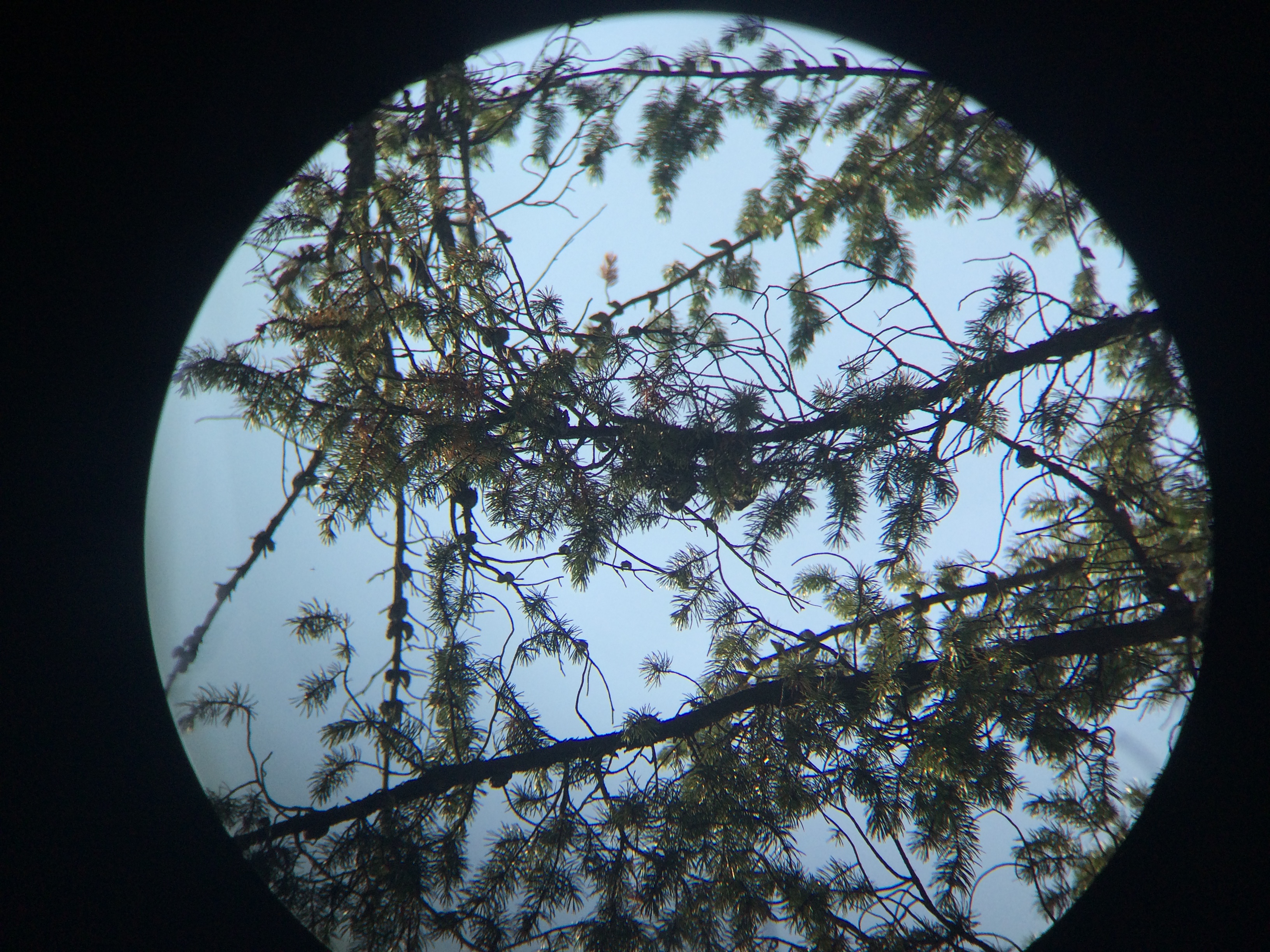 According to Upham-Mills, to monitor live or with a camera would be time consuming and expensive, and wouldn’t result in the desired data.

“Not only is locating a nest and confirming its contents difficult and time consuming, but it could never be done on a landscape scale to inform broader questions around habitat quality.”

Applying results to other species

Upham-Mills says the theory underpinning her song research is that all animals vocalize for a reason.

“When we know that reason and the resulting pattern, we can use this to eavesdrop on them and know something about them,” she says. “In the case of songbirds, they typically sing to attract a mate and defend a territory. Because of that, they sing more when single and less after they have paired since they no longer need to invest energy in finding a mate.”

Data gathered showed that the birds sing even less after nestlings have hatched, so they don’t draw attention to the nest. However, a single male will keep singing at a high rate because he’s still trying to attract a female.

The same processes can be seen in animals like monkeys, whales and frogs, who all call or sing for known specific reasons.

“Our hope with this research is that we have found a modelling approach that can be tweaked according to the species and the question to make accurate predictions about their state based on measurable information in the sounds they make,” says Upham-Mills.