Announcing the winners of the 33rd Annual Photo Competition

The best of the best images from Canadian Geographic’s 2018 competition
By Alexandra Pope
February 13, 2019

A canoe seems to hover, weightless, on the morning fog at a B.C. lake. A day of rain reveals a perfect reflection of an Edmonton landmark. A house fly alights on a rain-streaked window. The winning images in Canadian Geographic’s 33rd Annual Photo Competition attest to the power of photography to highlight the beauty in the quotidian. All it takes is the skill, patience and imagination of the photographer. The following five images represent the best of the best of the more than 4,500 entries, as chosen by our judges: Canadian Geographic editor-in-chief Aaron Kylie, contributing photographer Ben Powless, and Ottawa-based photographer Celine Bowe.

Canadian Geographic gratefully acknowledges the support of our prize sponsors, Vistek and Nikon. 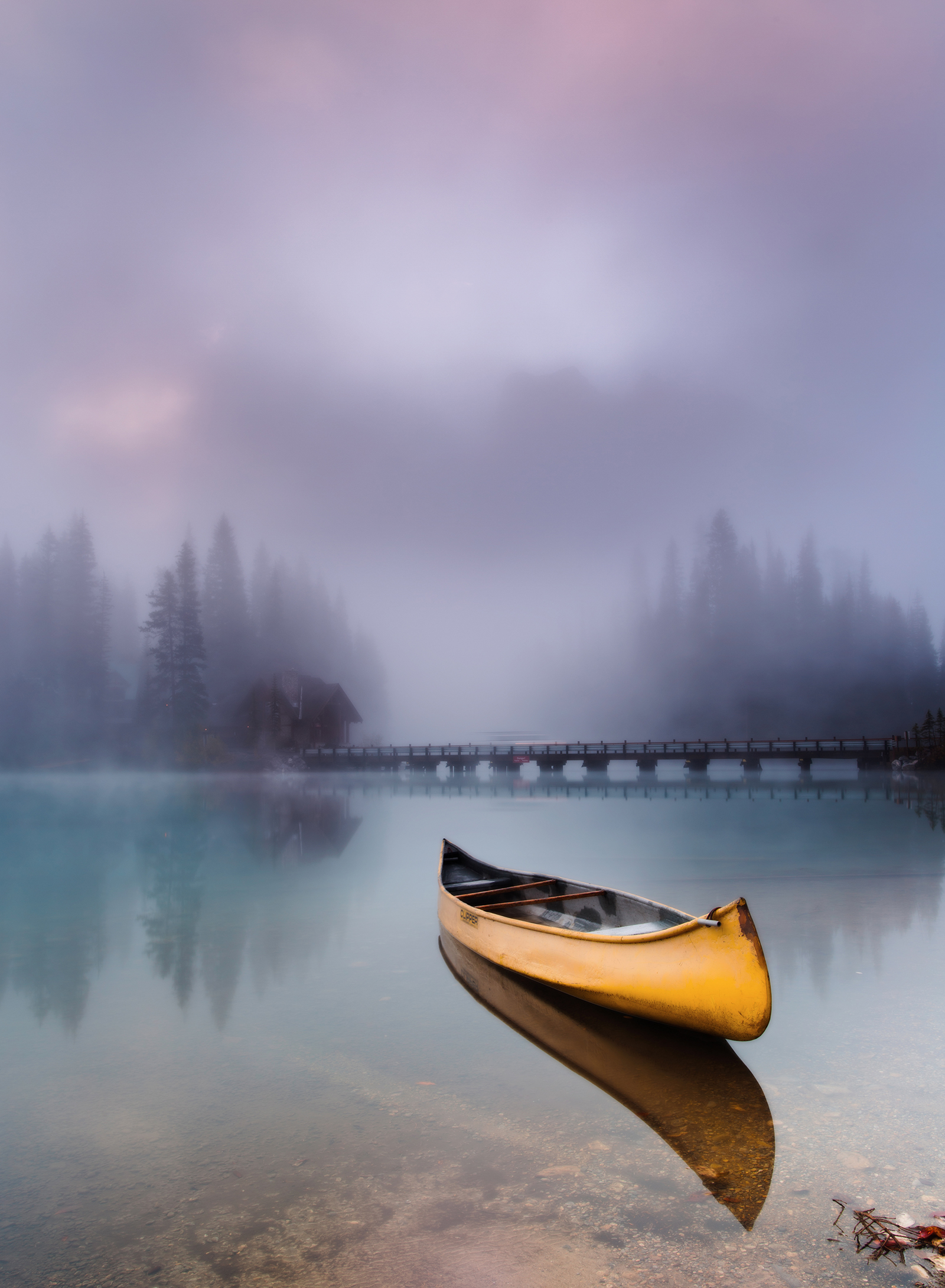 BP: It’s sublime, yet stunningly sharp. There’s a mysteriousness to it, and the colours are exceptional. 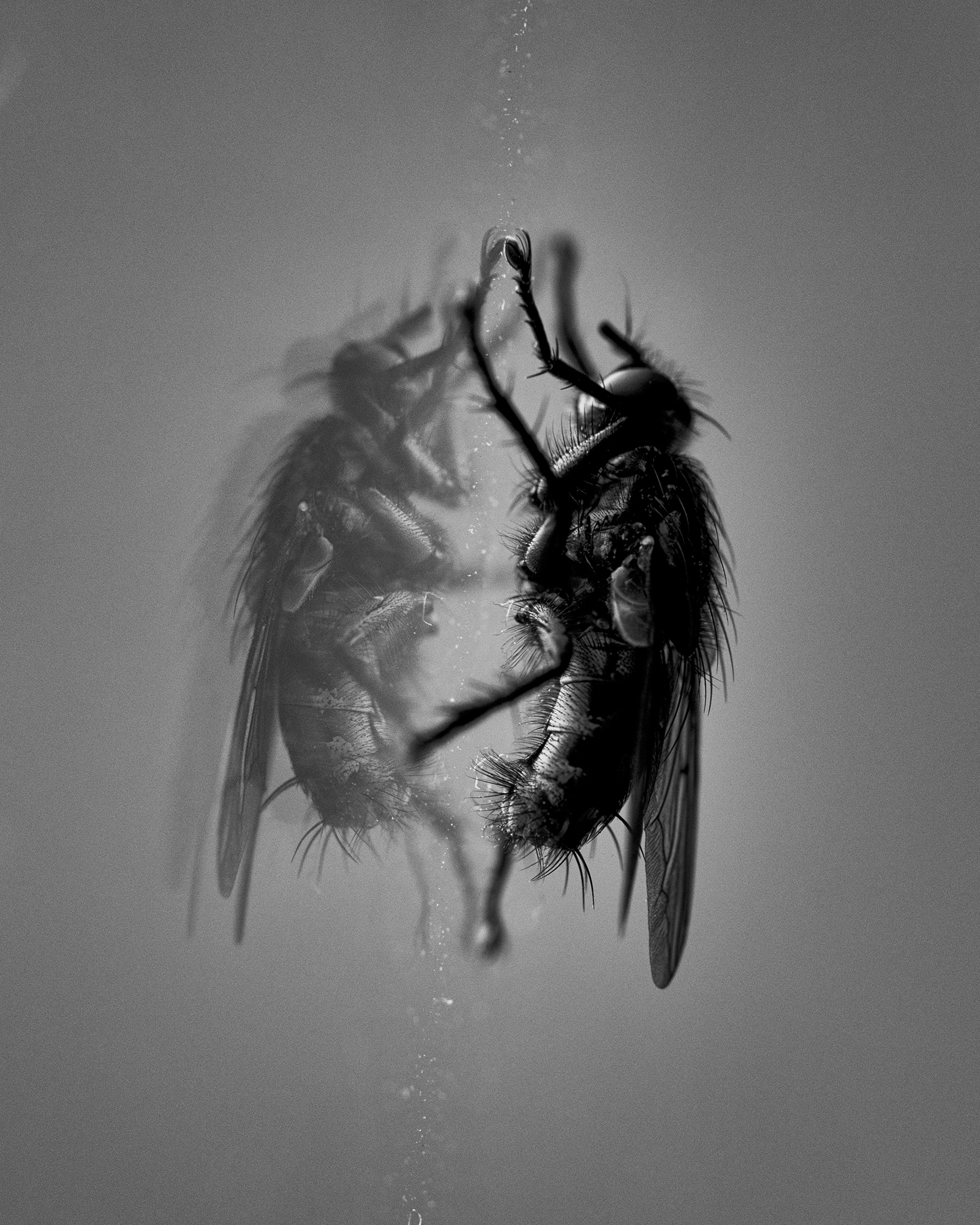 A house fly is reflected in a rain-streaked windowpane. Photographer Susan Dubois says: “I had noticed this fly on my window on a rainy afternoon and given the optimal outside lighting conditions, I began experimenting with my off-camera speedlight along with the camera’s built-in flash in order to try and bring out the fine details on the fly as well as create a mirror image. I was able to accomplish that by holding the speedlight on the opposite side of the fly, flat against the window, and using a low intensity on my camera’s built-in flash.

AK: This is a masterclass in shades of grey. It looks like a movie poster.

BP: It’s shocking, it’s intriguing, and it’s surprising in its kind of grotesque beauty. The mirror effect balances it so well on a perfect plane. 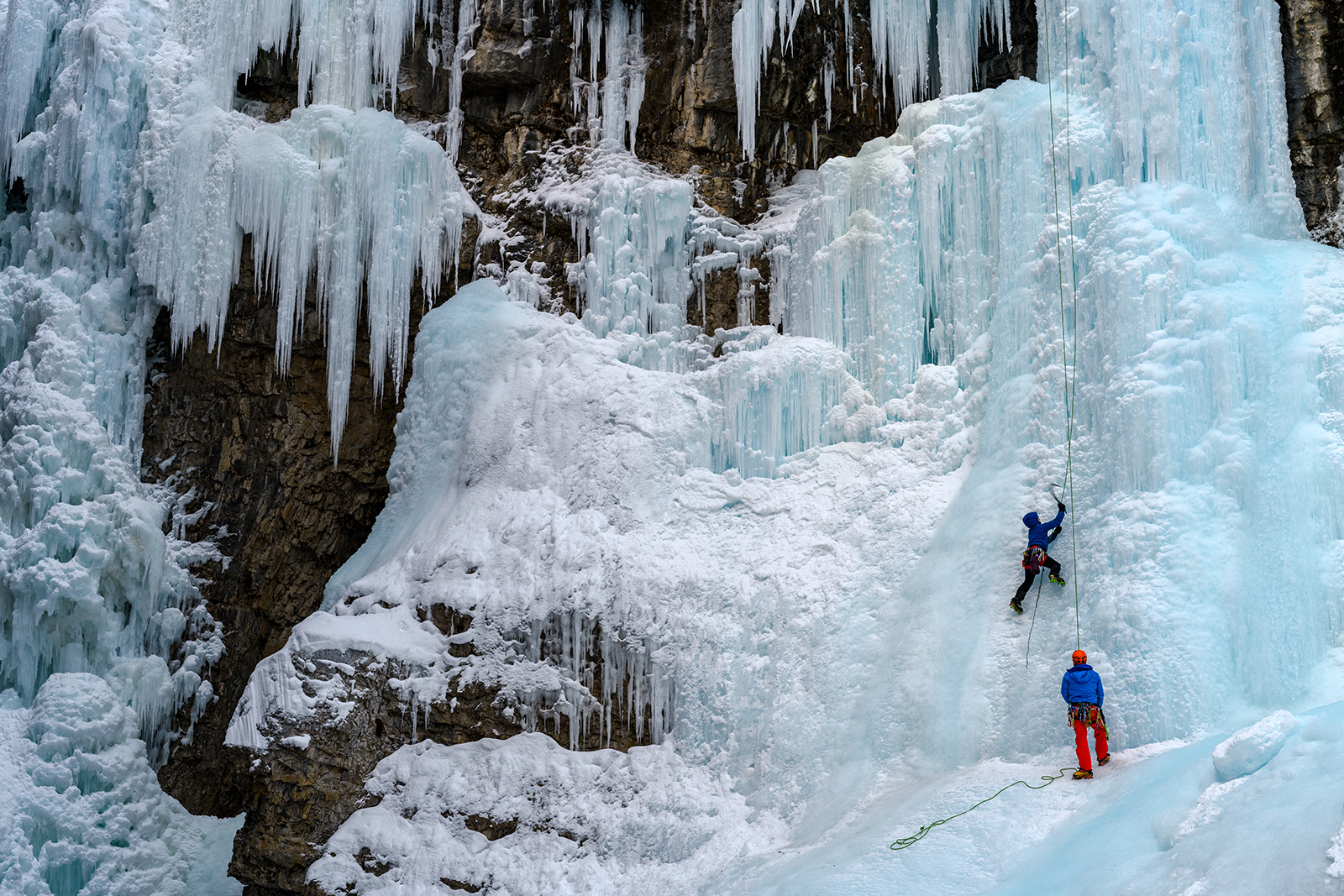 Ice climbers begin their ascent of the frozen Upper Falls of Johnston Creek in Banff National Park, Alta. With its sheer cliffs and cascading icicles, Johnston Canyon is a popular and scenic spot for winter climbing.

BP: I like the contrasts in this image — the jagged and smooth areas of ice, the vertical lines of the ropes echoing the lines of the icicles.

CB: The scale of the image is great. The climbers are tiny, yet it still feels like you’re just seeing a small part of the full magnitude of the falls. 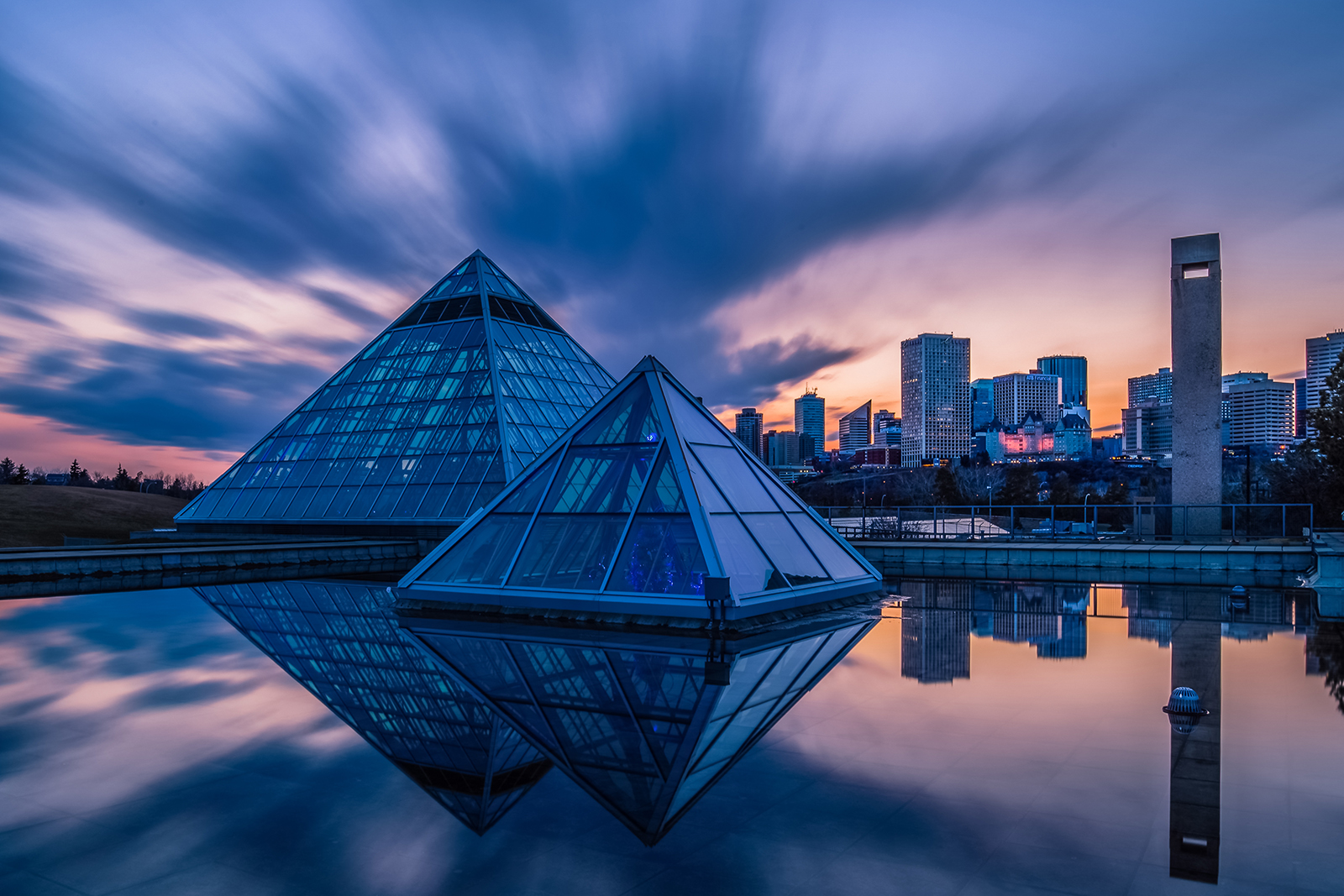 The Edmonton skyline and departing clouds are reflected in the flooded roof of the Muttart Conservatory after a day of rain. The conservatory’s iconic pyramids house more than 700 species of plants in climate-controlled biomes: arid, temperate, tropical, and a “feature biome” for special exhibitions.

CB: This is a well-executed long exposure.

BP: You get a sense of movement, which is an unexpected thing for a city landscape composition.

AK: The lines are so strong — you’ve got angles in the water, angles in the sky, all going in different directions but all working together to bring focus to the pyramids. 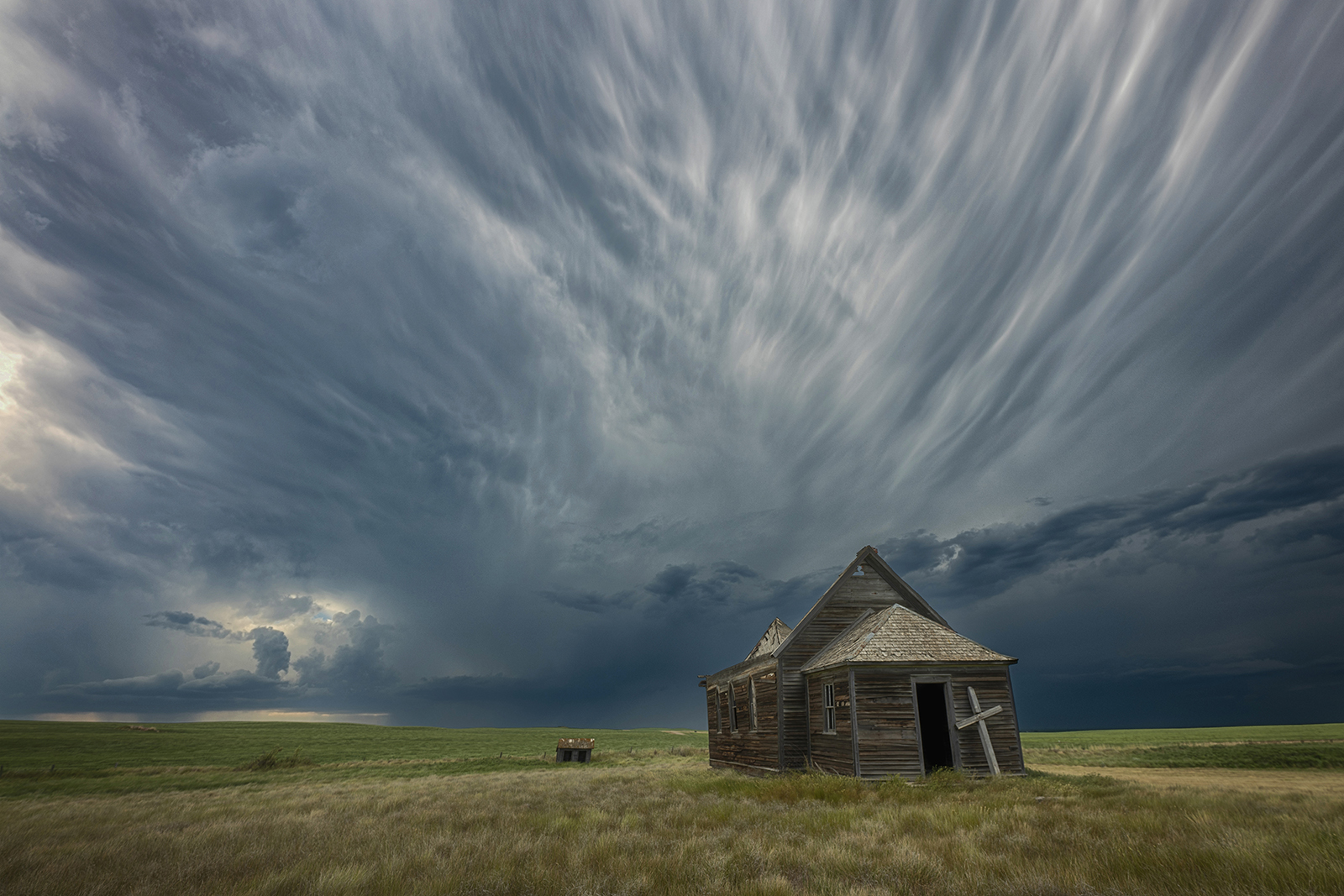 A supercell thunderstorm builds behind an abandoned structure near Leader, Sask. on July 10, 2018. The storm system spawned eight tornadoes in a single day; the strongest, rated EF-2 on the Enhanced Fujita tornado intensity scale, was on the ground for over 30 minutes.

AK: For me, there’s a story this photo is telling. It definitely feels apocalyptic.

BP: It gives off a sense of awe. The detail of the abandoned church or house just adds to the drama of the sky.

Aaron Kylie is the editor-in-chief of Canadian Geographic magazine. He was a driving force behind the photographer-in-residence program, and has helped guide the publication to numerous National Magazine Awards for photography.

Ben Powless is an Ottawa-based photographer who specializes in photojournalism, covering movements for human rights and environmental justice. His work has taken him across Canada and around the world, with a focus on Latin America. He is a contributing photographer to Canadian Geographic.

Celine Bowe is a self-taught, published amateur photographer based in Ottawa, where she is an administrator and moderator of the 6,000-follower-strong IGersottawa Instagram community.

See the runners-up and honourable mentions