The best of the best wildlife shots from Canadian Geographic's annual competition
By Alexandra Pope
March 9, 2018

A great wildlife photo comes down to a collision of factors, some within a photographer's control (location, patience, equipment and technical skill) and some not (timing, lighting, luck and the often unpredictable actions of the subject). That's why wildlife photography, done well, is breathtaking to behold, and why we at Canadian Geographic are proud to showcase established and emerging talent through our annual Wildlife Photography of the Year competition, hosted in partnership with the Canadian Museum of Nature.

We received more than 8,500 entries to the 2017 competition, depicting Canadian fauna great and small. Our judges — Can Geo creative director Javier Frutos, graphic designer Kathryn Barqueiro, and Canadian Museum of Nature exhibit designer Lindsay Willcox — deliberated at length, but ultimately, determined that the five images below represent the best of the best of this year's submissions.

See the runners-up and honourable mentions on the competition page, and if you're in Ottawa or planning to be between now and May 3, don't miss the exhibition of the 2016 winners at the Canadian Museum of Nature!

Photographer Chris St. Michael calls this a purely lucky shot. Out for a walk in a wooded area in Ottawa's Greenbelt, St. Michael spotted this red-breasted nuthatch darting through the trees. "I was challenged by trying to follow him with my 400mm lens," he says. "I thought I was going to lose him, then to my surprise he briefly landed on this mossy limb, just long enough for me to fire off a few frames." Our judges loved the crisp detail of the bird and branch and the way they are framed and spotlighted by the soft grey sky in the background. 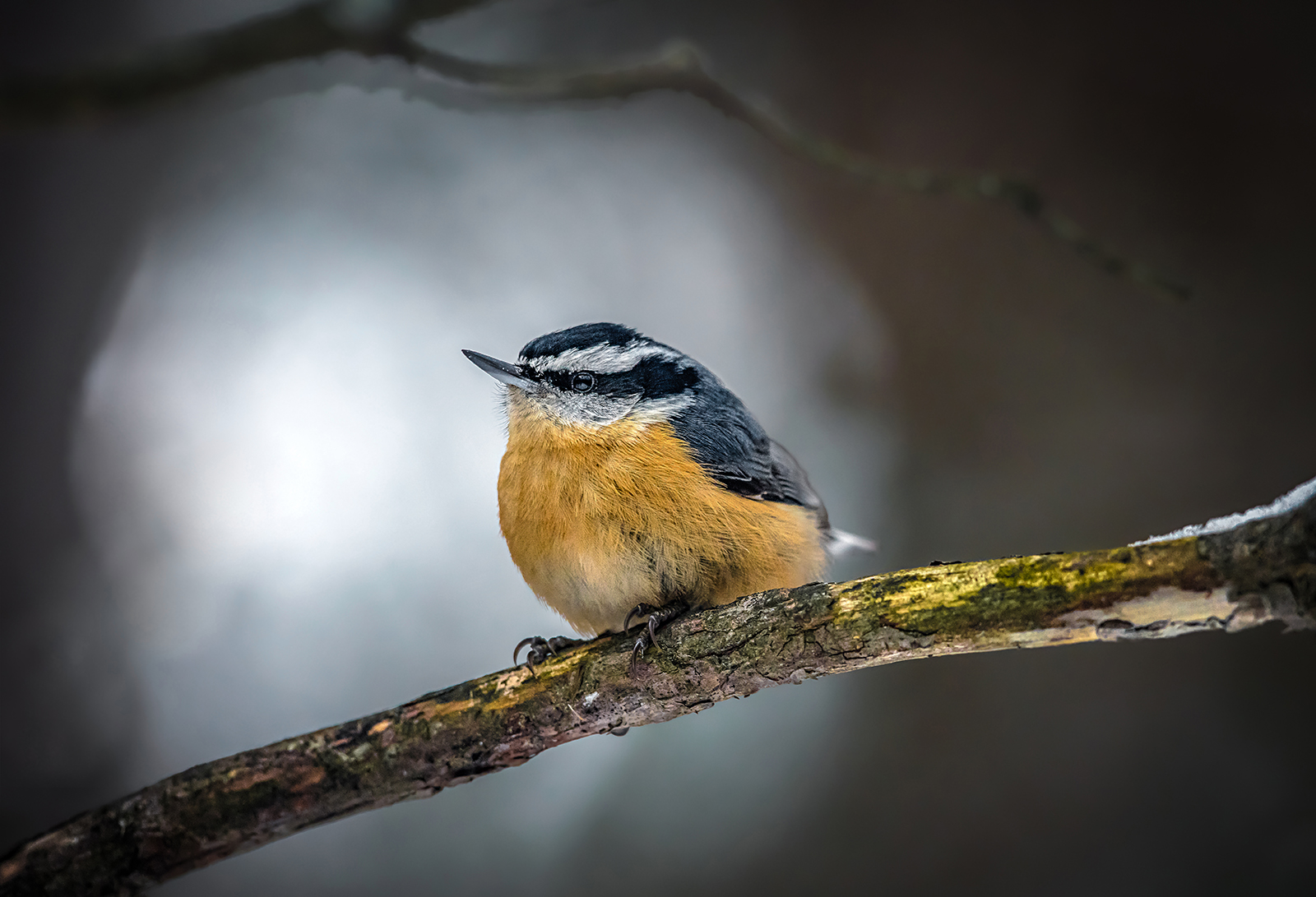 Birds do it, bees do it, and even bullfrogs in ponds in Niagara-on-the-Lake do it. That's how the Cole Porter tune goes, isn't it? Either way, our judges loved this photo by Peter Ferguson depicting two male bullfrogs attempting to mate with a female, praising its colour and symmetry. 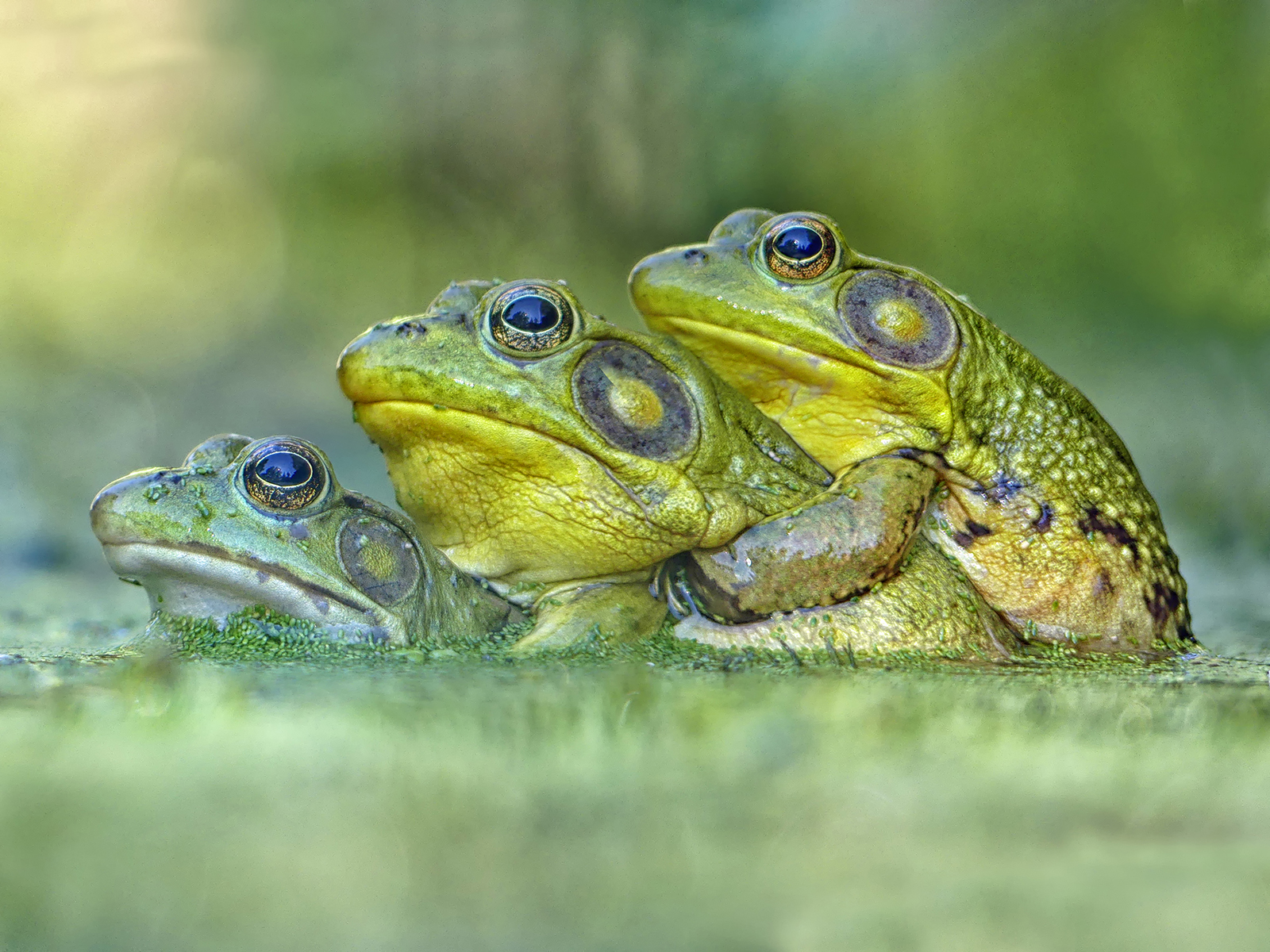 Photographer René Richard and a friend were set up beside the La Grande 3 hydroelectric dam in Baie-James, Que., looking for wildlife, when suddenly, a passing truck startled a nearby herd of woodland caribou. The herd stampeded toward the dam, nearly trampling the photographers but allowing Richard to capture this incredible shot. For the judges, this image defines "animals in action" — you can practically hear the thud of the hooves on the snow and feel the vibration in the ground. 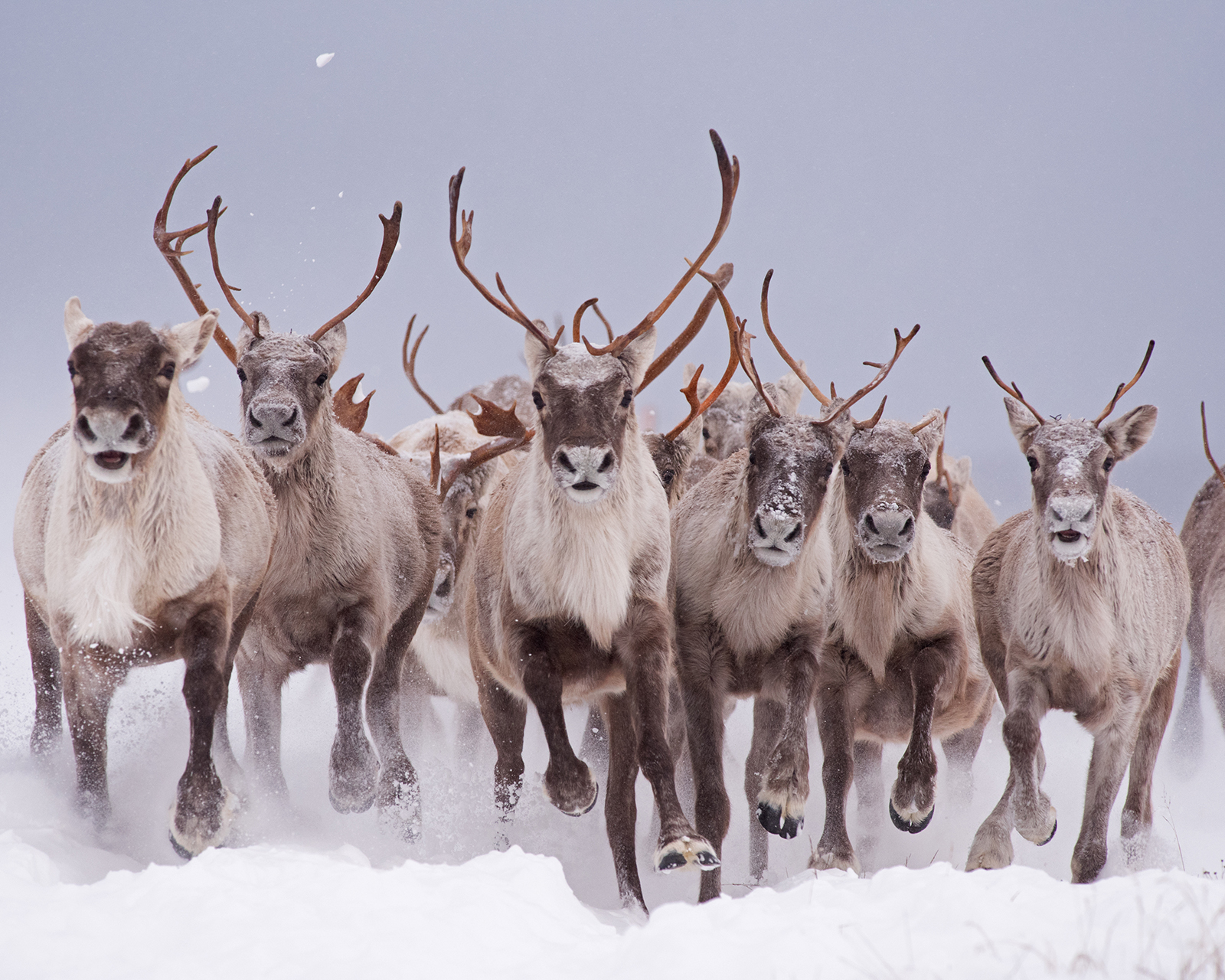 After a stretch of rain, photographer Lance Fielding noticed that a couple of blow flies had taken shelter under the leaves of a succulent in his front yard in Alliston, Ont. "What caught my eye was the iridescence of the fly contrasted with the dark coloration of the plant," he explains. Our judges appreciated that juxtaposition as well, but what really makes this image stand out is the incredible detail of the fly's head, which looks almost mechanical — or perhaps we've all watched too much Black Mirror. 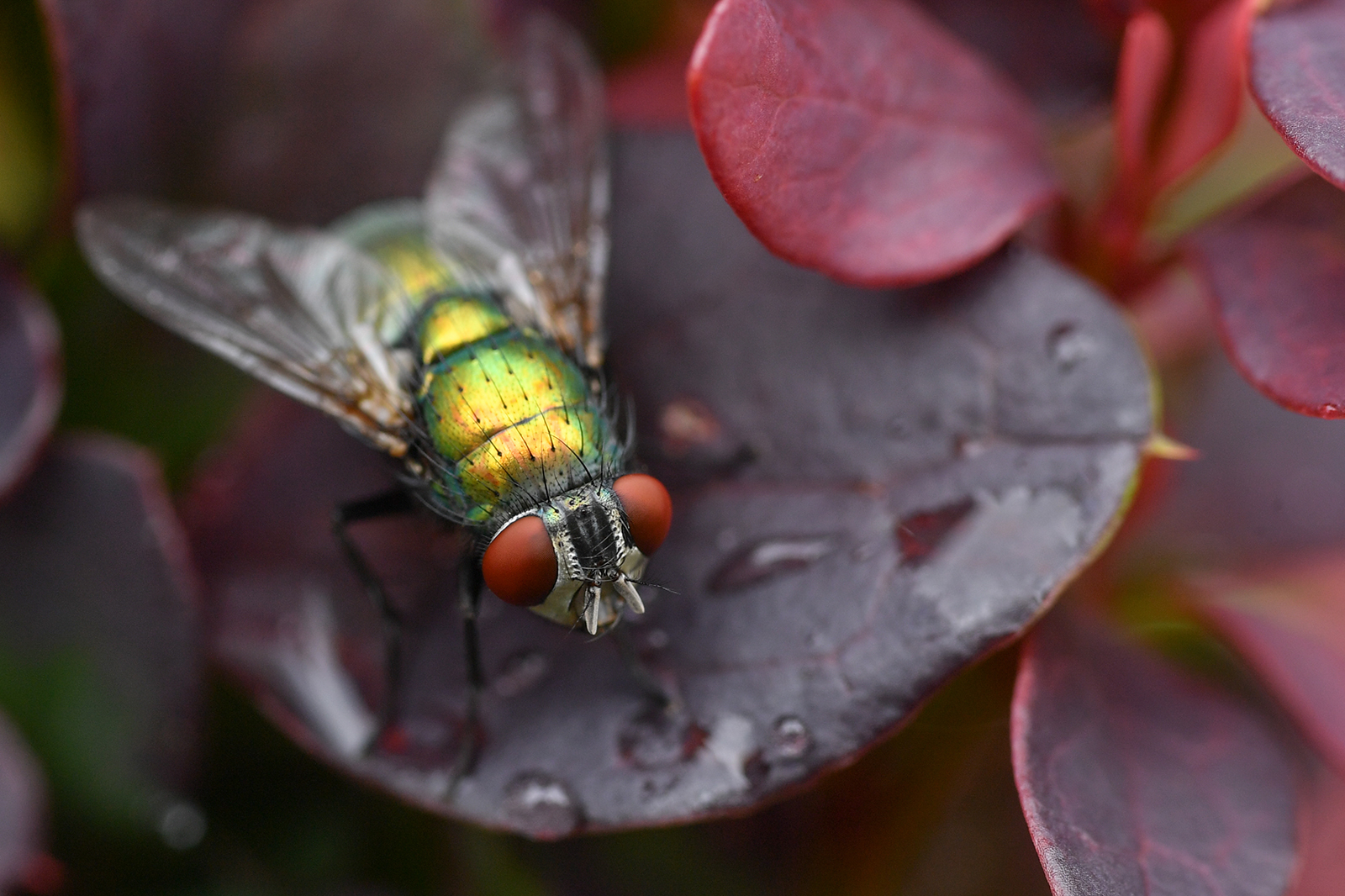 Every year, our judges are impressed by the talent and potential evident in the submissions to the Youth category. This year's winning image, by 17-year-old Robbie Krysl, was a unanimous favourite. Krysl, who was 16 at the time, captured this tender moment between a female polar bear and her cub on the sea ice near Qikiqtarjuaq, where the bear family was resting in the shelter of a tabular iceberg. 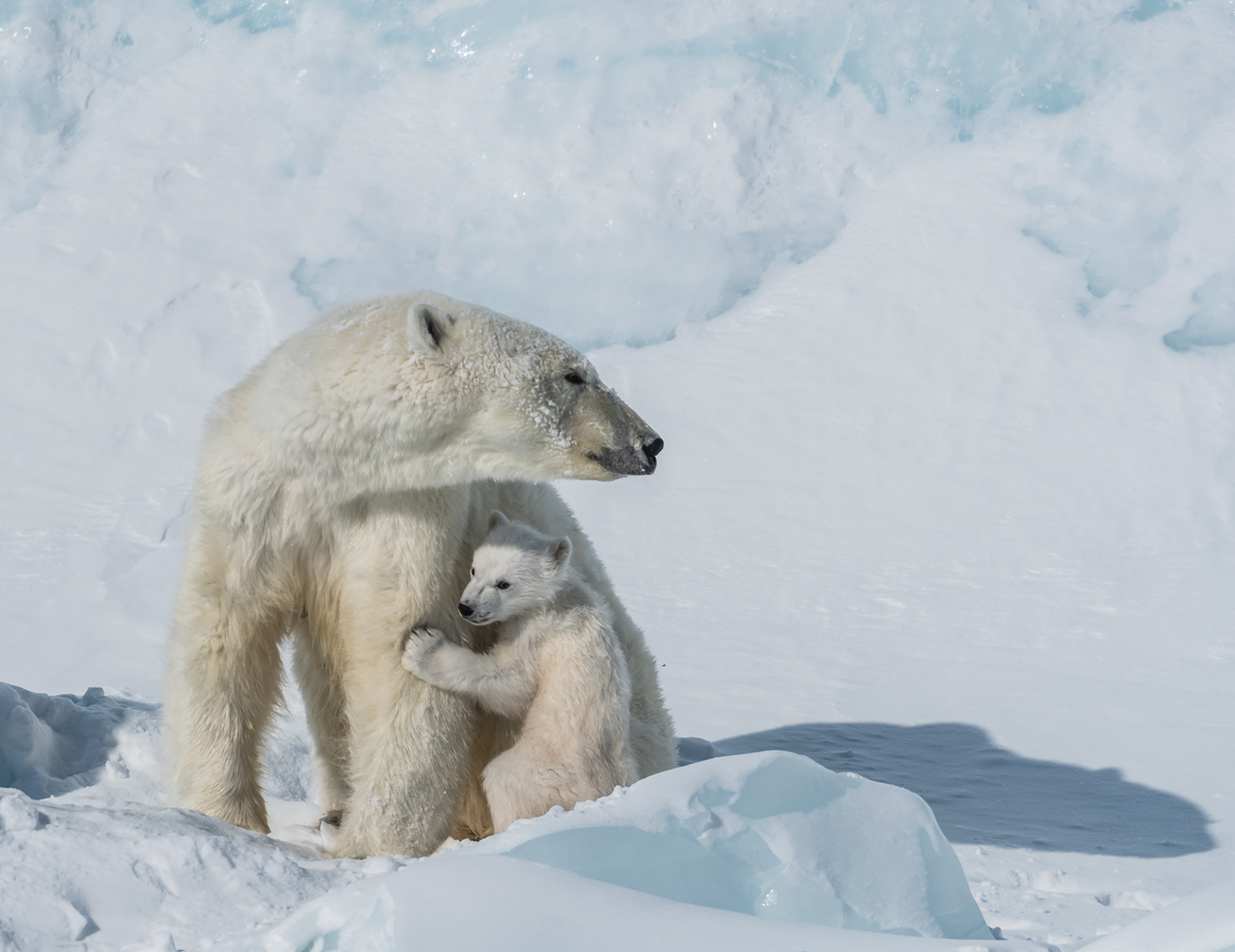