What dinosaurs lived in close proximity to each other — and why? New research uses dinosaur teeth to find the answers
By Angelica Haggert
April 29, 2020

While we know quite a bit about dinosaurs and their time on earth, there are still many unknowns.

One of the things scientists assume is that the diversity of dinosaurs co-existed on the planet by dividing up the landscape and food sources. It’s been their assumption that horned dinosaurs stuck to coastal areas, while duck-billed dinosaurs preferred inland habitats.

However researchers from Western University in London, Ont., the Field Museum in Chicago and Toronto’s Royal Ontario Museum set out to challenge these assumptions — using dinosaur teeth. Lead researcher Thomas Cullen started the project as his PhD thesis at Western University, continuing his work into a post-doctoral fellowship at the Field Museum.

“There’s been a long-standing pattern observed in the biodiversity and ecology of dinosaurs,” says Cullen. “There were a ton of supposedly co-existing large dinosaurs ... North America at the time was a relatively thin splint of land.”

That’s very different from how different species live further apart today, which has resulted in many theories about why dinosaur species may have lived so close together.

“There could have been limits or restrictions of their ranges,” says Cullen. “There hasn’t been a lot of direct testing of these theories.”

To find some clues, researchers looked at stable carbon and oxygen isotope compositions of dinosaur teeth, measured using a technology called laser gas chromatography isotope ratio mass spectrometry. Without the scientific jargon, Cullen says this type of analysis of dinosaur teeth and bones could show how the creature consumed its environment.

“All the cells in us show the raw environment, they’re reflective of food stuffs or elements in the ecosystem.” says Cullen. “That's what we were trying to measure.” 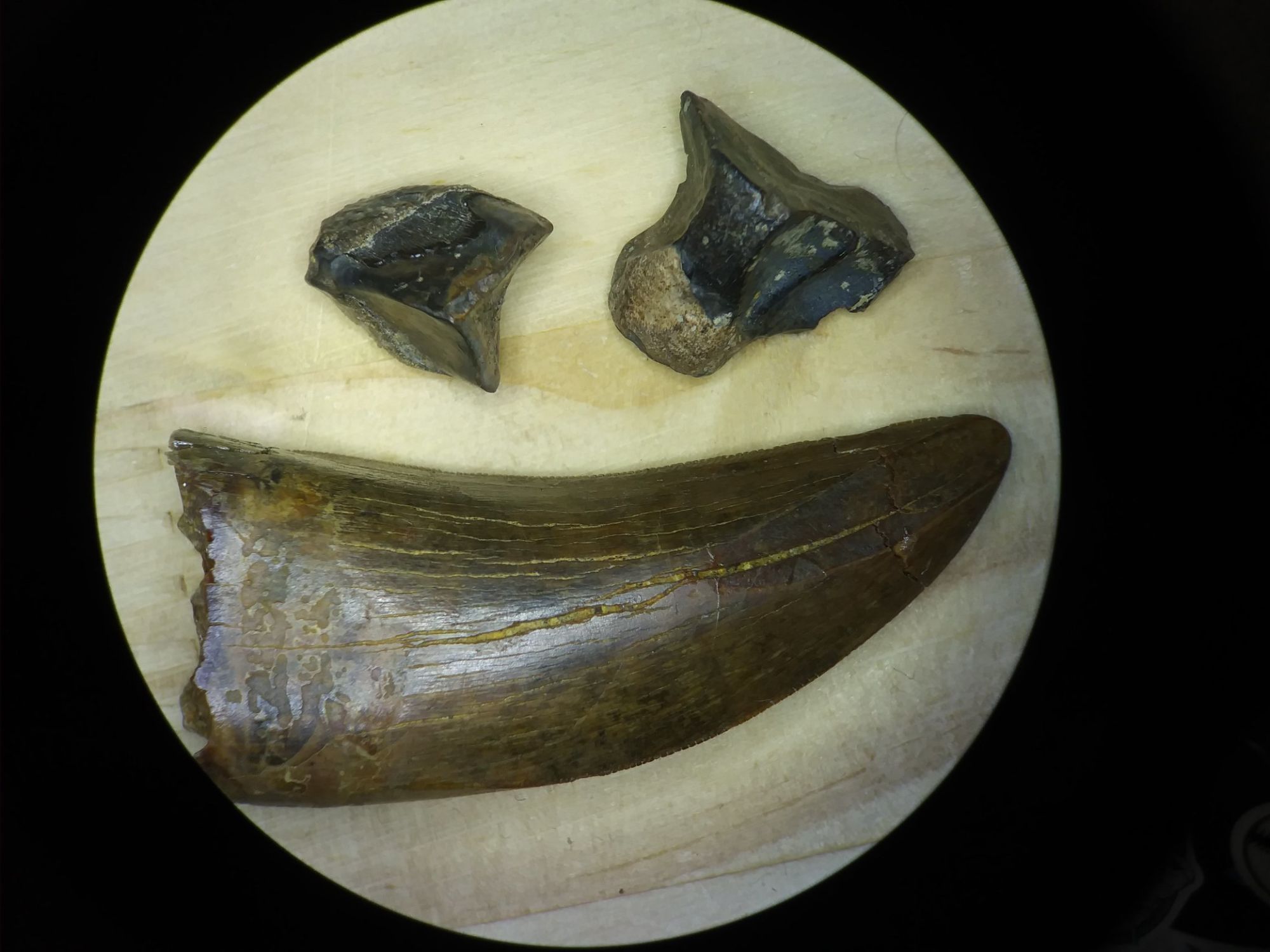 The study involved more than 350 measurements from 17 different fossilized species. Measurements from 16 living species were also used to test the data, making the project the largest ever conducted on an ancient ecosystem in the time of dinosaurs. While the initial study primarily looked at oxygen and carbon isotopes, moving forward, researchers will analyze up to five more elements to obtain more information.

Fred Longstaffe, Canada Research Chair in Stable Isotope Science and professor at Western University, says their approach allowed them to look further back in the world’s timeline.

“Normally my isotope ecology work is focused on Ice-Age animals and the reasons for their disappearance or survival. To attempt to reach back much deeper to the time when the dinosaurs lived was both challenging and exciting,” says Longstaffe.

Cullen says it’s important to look far back in history in order to understand what’s happening with today’s climate and climate activities.

“The time the dinosaurs lived has a lot of interesting parallels to where the world is moving toward right now,” says Cullen. “We’re trying to predict how ecosystems are going to change, what species might be at risk of extinction and how landscapes will change.”

The team hopes analysis of the data will show what to expect in the coming years as we move toward what Cullen calls “a turning point of climate change.