The Alberta government has announced a plan to provide every junior and high school with a copy of the atlas
By Kiley Bell
January 18, 2019

Starting today, every junior and high school student across Alberta will be able to learn about the perspectives, histories and experiences of First Nations, Métis and Inuit in Canada with the help of Canadian Geographic’s Indigenous Peoples Atlas of Canada.

The Alberta government has purchased 1,600 copies of the atlas to be distributed to schools throughout the province. Education Minister David Eggen and Indigenous Relations Minister Richard Feehan announced the purchase during an event at Ben Calf Robe School in Edmonton.

“The atlas includes information on Indigenous communities, languages, education, treaties and lands, told through authentic Indigenous voices,” said Feehan. “It will serve as a powerful education tool as we move forward together along the path of reconciliation.”

The first-of-its-kind, four-volume atlas isn’t the only resource that schools will be receiving — an accompanying teacher’s guide, which offers more than 170 pages of activities and lesson plans, as well as an interactive website and app, will also be made accessible. A companion Giant Floor Map — a map roughly half the size of a school gymnasium — without colonial provincial and territorial boundaries is also available on loan to schools across Canada free of charge through Canadian Geographic Education.

“The educational resources that accompany the atlas are what so many eager and dedicated teachers are looking for as they develop meaningful and authentic learning experiences for their students,” said Eggen. “Providing the Atlas to every junior and high school in the province is part of our work to implement the principles of the United Nations Declaration on the Rights of Indigenous Peoples and foster a renewed relationship between Alberta and Indigenous Peoples.” 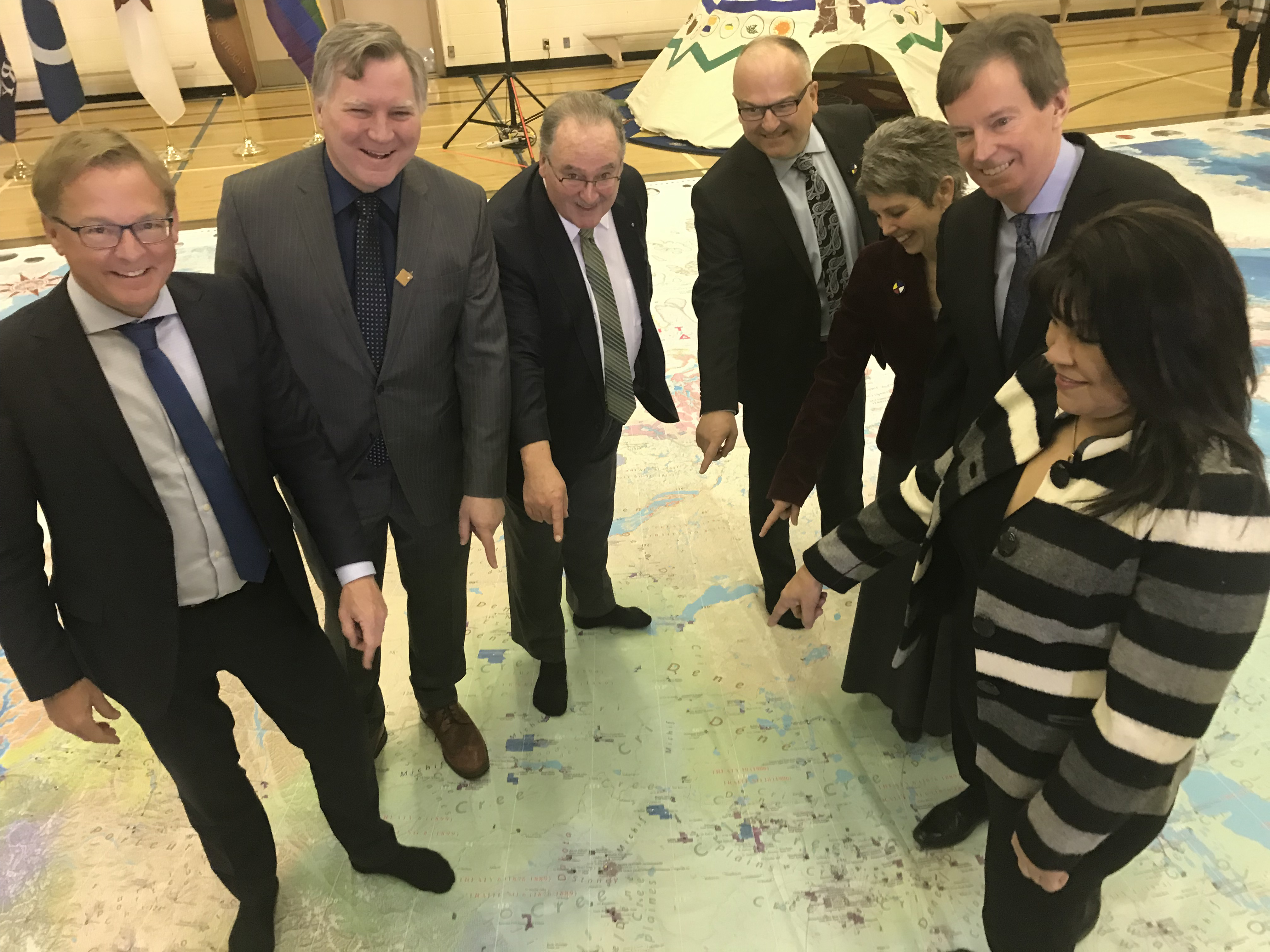 The Atlas, launched last June, was produced by The Royal Canadian Geographical Society in partnership with the Assembly of First Nations, Inuit Tapiriit Kanatami, Métis National Council, the National Centre for Truth and Reconciliation and Indspire. To date, approximately 16,000 copies of the Atlas have been sold.

Alberta is the first province or territory in the country to widely distribute the atlas. In the provincial curriculum, it’s mandatory that students from Kindergarten to Grade 12 learn about Indigenous Peoples in Canada, including the significance of residential schools and treaties. “I applaud the Alberta government for making Canadian Geographic's Atlas accessible to every junior and high school in the province,” said John Geiger, CEO of the RCGS. “This is a massive step forward on the path to reconciliation for Alberta, and indeed Canada as a whole. The Royal Canadian Geographical Society is honoured to be a part of it.”

Learn more about the Indigenous Peoples Atlas of Canada