Adventure athlete Simon Donato on lessons learned in the backcountry

An excerpt from The Boundless Life: 13 Lessons Learned the Hard Way
By Sabrina Doyle
March 30, 2017

Simon Donato has been many things: geologist, entrepreneur, television host, ultra-endurance athlete, and Fellow of The Royal Canadian Geographical Society. Now, with the release of The Boundless Life: 13 Lessons Learned the Hard Way, he can add published author to the list.

Below is an excerpt from the book, in which Donato discusses the similarities between navigating during an adventure race and navigating a life plan and how making mistakes is necessary to improve at both.

Once you have accepted the fact that life is not a linear path, and that we will face what-ifs and unknowns daily, navigating all of life's challenges–whether self-imposed or otherwise–becomes more palatable. Like it or not, we are all in charge of the map. We are responsible for navigating our own lives.

In adventure racing, the role of the navigator is certainly the hardest on the team. In charge of the maps and route finding, navigators hold the fate of their team-mates in their hands. A perfectly navigated section saves time, boosts morale, and often moves teams up the rankings. A navigation error can send teams sliding down the rankings and drop morale, or, even worse, wear the athletes out as they cover unnecessary kilometers. The thing with navigating, though, is that you only get better through practice, and the only way to practice race navigation is to race, and unfortunately, the only way to learn is to make mistakes. I’ve always expected a lot from my navigator, but I also understand the pressure and how easy it is to get off track, so I accept that when we race, we will usually have to deal with a few navigational bobbles. Accepting this as part of the race leaves me mostly unfazed, because in adventure racing we all get tired and sometimes make mistakes. No navigator intentionally tries to lead the team off course. The same, I find, is true in life and business. With Adventure Science and Stoked Oats, I’ve learned through making mistakes. 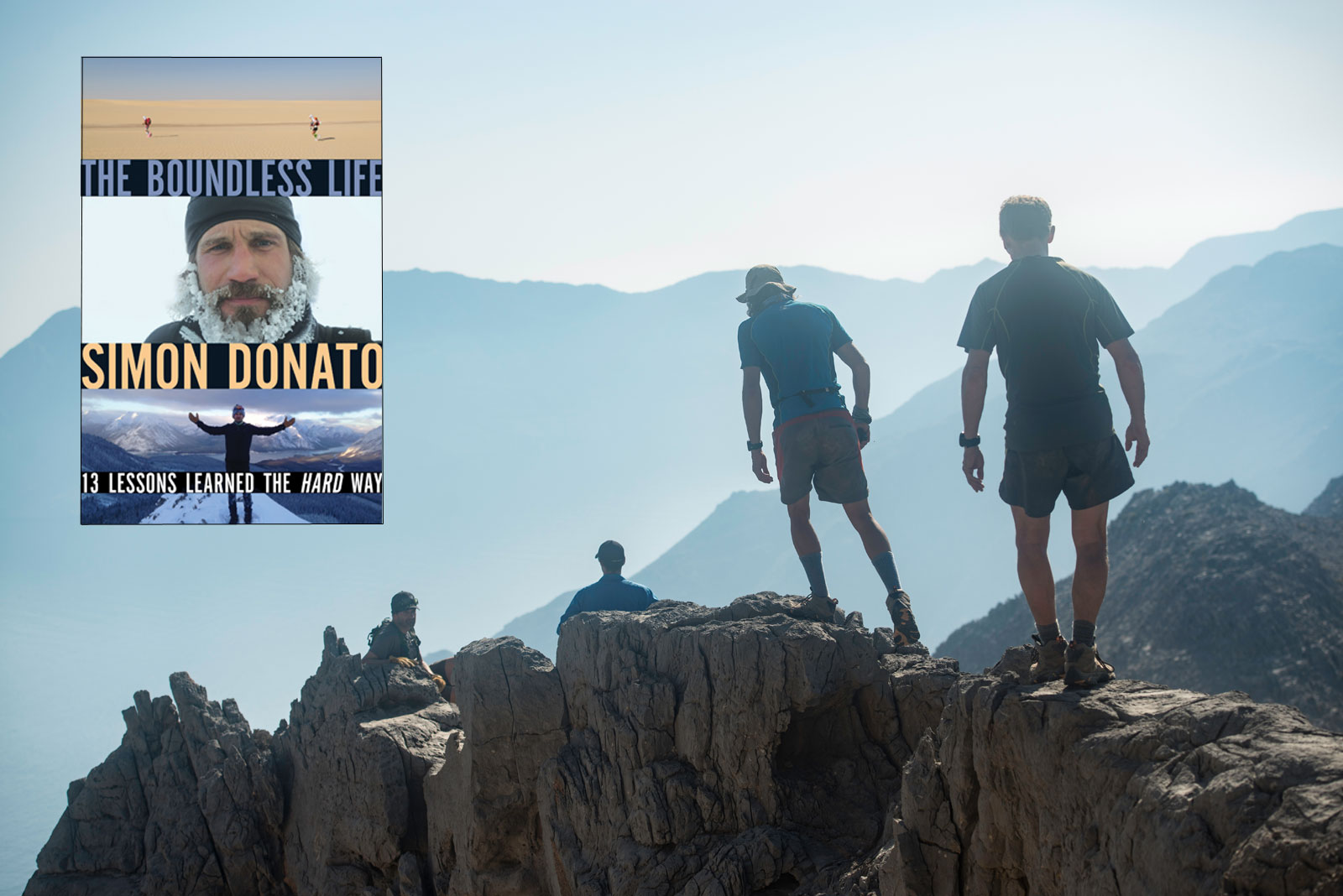 With Adventure Science, one of my early mistakes was not scooping up several other Adventure Science domain names, such as adventurescience.org. My oversight allowed a copycat organization to spring up in the US and beneﬁt from our SEO. This now creates confusion for people trying to follow Adventure Science projects and will ultimately have to be dealt with as both organizations continue to grow. One mistake we made in the early days of Stoked Oats was introducing a product called Vegan Oats. After receiving a number of requests from our highly vocal vegan customers who wanted our oatmeal but without the whey protein (we’ve since formulated all of our oatmeal blends to be whey-free), I ﬁgured that there was a market for whey-free oatmeal, and ultimately there was. What there wasn’t a market for was a product that branded the consumer—especially non-vegans—which is what Vegan Oats unintentionally did. Even after we decided to end this failed experiment and to blow that blend out at bargain prices, we still found that we could barely give it away, despite the fact that it was virtually identical to another blend of ours. Let’s just say that I ate a lot of expired Vegan Oats the following year after making this mistake. As annoying as it was, I’m glad that I made it in the early days of Stoked Oats instead of now, when a mistake like that would cost the company a lot of money.

In my first adventure race, we learned an important lesson about taking responsibility for our navigation the hard way. We had been racing for over twenty-four hours when we had a navigation decision to make that Derek would later recall as one of his worst adventure racing moments. We had been mountain biking a series of ATV trails and rural roads around daybreak and had stopped at a checkpoint to chat with Mano Krueger, the course designer who loaned me the Rambo knife. After talking, we rode off in what turned out to be the wrong direction. Tom and Heather had been fading for the last few hours and were totally deflated when they learned that we had made a mistake and ridden ﬁve kilometers out of the way. When we recognized our mistake, it stung, but we turned around and slowly headed back. We once again bumped into Mano. The look on our faces must have said it all because he immediately said, “Sorry, guys. I wish I could have said something. It was really hard to stay silent and watch you go the wrong way.” At that moment, Derek worked hard to subdue a violent rage, but I think that all of us, Derek included, realized that this was adventure racing: there are no freebies or handouts. You need to know where you are going at all times and take responsibility for your decisions. This race taught me a lot, but this was one of those lessons that transcends sport and is directly applicable to how we live our lives. We chart our own course and are also responsible for the decisions we make along the way and for knowing where we are at any given time on our path. In life, as in racing, this is easier said than done. For Derek, who had been doing a great job navigating, it  was  a  disappointing  but also  embarrassing mistake to make on a relatively easy road section in front of the macho course designer. As we rode away from Mano the second time, Derek summed up his feelings by saying, “What a dick,” and then he put it to bed.

I’ve taken the concept of adventure race navigation and applied it to many aspects of my life. Navigators in an adventure race typically have a lot of freedom to choose the routes that suit them or their team the best. They make strategic decisions and move forward decisively. I’ve always been one to act on my ideas, founding the Boler Mountain Bike Centre at the ski hill in my backyard when I was eighteen, the Canadian Adventure Racing Association when I was twenty-four, and later Adventure Science (2008), Stoked Oats (2011), and Boundless (2012).

When I decided to leave my job as a geologist in August 2012, it was a major transition, as you might expect, but I knew in my heart that it was the right move to make. The big question mark was on how I was going to feed myself. Stoked Oats wasn’t making enough money to pay salaries at that time, so from September to December I would only have my Boundless salary to survive on, which definitely wasn’t anywhere close to what a geologist made in Calgary at that time. I couldn’t rely on Boundless being renewed, so I knew that I had to focus on growing Stoked Oats, as well as living within my means, since my income would now be more sporadic. I also started doing something which I’ve since made a regular part of my New Year ritual—I take stock of the past year with regard to everything from income to love. I plan out my year, set my goals and timelines, and then go for it.

Taking big risks has never been intimidating to me, but perhaps that’s because I tend to be cautious before I step out from a place of comfort and safety and onto the ledge. When I left my job as a geologist, I sold my house and still worked for three-quarters of a year, so I had reasonable savings to tide me over if Boundless didn’t get renewed. I also created a timeline for myself where I set goals for myself, Stoked Oats, and Adventure Science. I accepted that getting these businesses off the ground and growing a brand wouldn’t be easy or fast, but I now had ﬁnancial resources behind me to give it an honest shot. I also set a one-year deadline. If Boundless didn’t renew, and I wasn’t able to generate an income from either Stoked Oats or Adventure Science, then I would return to the oil and gas industry as a geologist, which was my great fallback.

Thankfully, Boundless was renewed for two additional seasons, which became a great source of income and allowed me to spend more time growing both Adventure Science and Stoked Oats into viable businesses.

In charting my own course, I also look toward an ultimate exit point. Boundless, while an incredible experience, is very hard on the body. Although Turbo is still racing at age ﬁfty, I’m not sure that I will be able to avoid injury for another ten years to make it to his benchmark, nor am I sure that I would want to even if I could. I enjoy new challenges; when something becomes stale, I tend to move on.

Thanks to the ﬁnancial support of Boundless, I’m now at a point where if I’m injured and unable to race, all is not lost—and I will still be able to make a living through Stoked Oats or Adventure Science. I hope I have many years of racing ahead of me still, but I do look forward to switching gears and focusing my efforts on new projects, such as starting a family and developing the family farm—a 1,000-acre Long Trek ranch in Sheenboro, Quebec—into an Adventure Science training center.

I feel that everyone’s situation in life is mostly a direct reflection of the action or inaction we take on a day-to-day basis. Change can be intimidating, but only you can chart a path to your own happiness. It’s not always going to be a smooth road, as there will be bumps and challenges, but if you accept responsibility and ownership for your decisions, you will be more empowered to forge ahead despite setbacks or negative events. I’ve been able to hone these attributes through racing, and I apply them daily in my non-racing life.

Excerpt from: The Boundless Life by Simon Donato © 2017. Published by HarperCollins Publishers. All rights reserved.