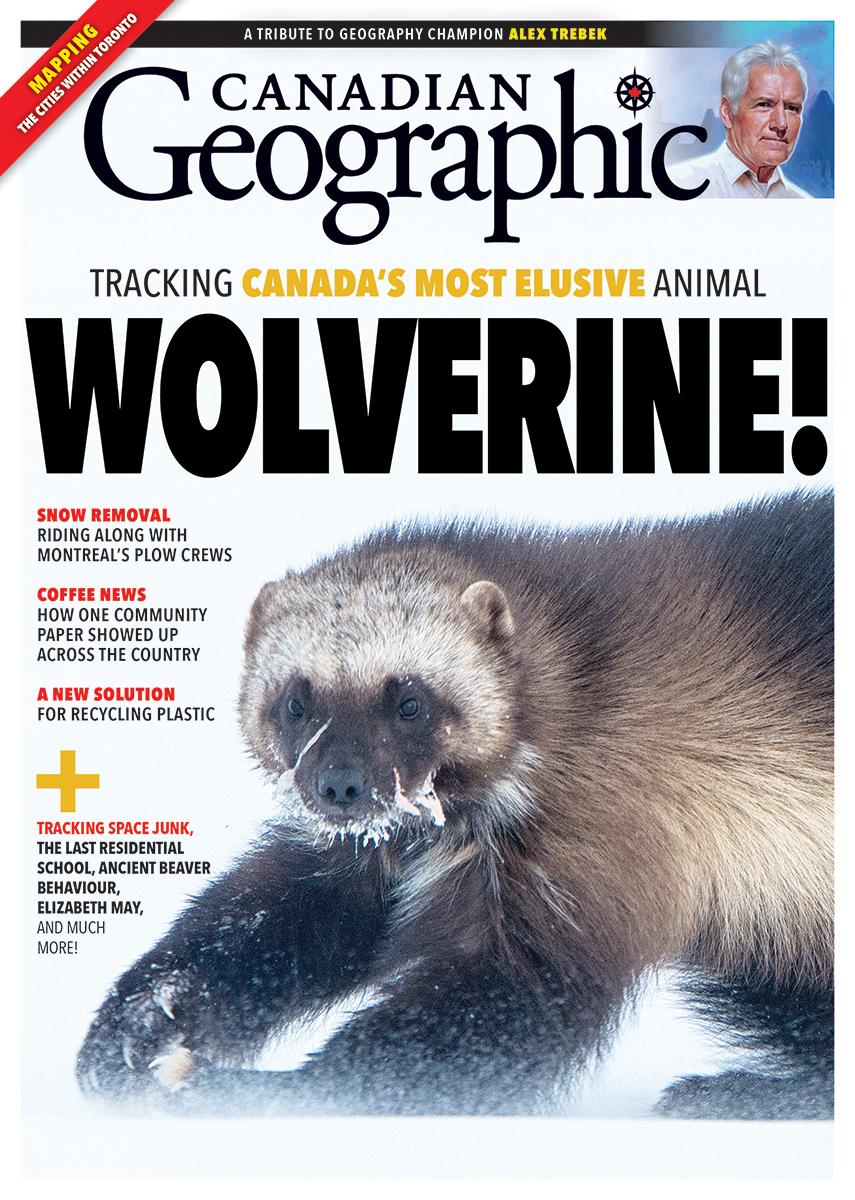 SNOW REMOVAL
How Montreal wages a $166-million battle against snow every single year to keep its streets and sidewalks clear
By Tracey Lindeman, with photography by Christian Fleury
Digital extra: Defeating winter

BY POPULAR DEMAND
Behind the scenes at Coffee News, the upbeat Canadian community paper with staying power
By Rob Csernyik
Read it online: Coffee News

ON THE MAP
An urban geographer maps the 10 distinct "cities" within the greater metropolis of Toronto
Digital extra: The geographer that mapped the cities within the city

Infographic
Tracking where all that space junk ends up — in orbit and in the sea
Digital extra: Earth's orbit has become a cosmic landfill

COMING UP
In March/April 2021, Can Geo honours the 100th anniversary of Bluenose through a feature and a poster map, and more!