Along with a handful of other countries, Canada is crafting a bold new definition of what it means to profit from the sea — and who gets to do it.

The plan is not just to build profits from the sea, but also to spread them around. And that means inviting new talent on board: women, Indigenous people, people of colour and youth.

To help bring that new narrative alive, Canada set up the Ocean Supercluster in 2018.

It’s an industry-led, government-sponsored not-for-profit that brings together marine enterprises that might never otherwise have met. The goal is speeding up “blue economy” innovations and their commercialization. The federal government has pledged $153 million, to be matched by industry.

“We need to leverage diversity of thinking, experience and skills today, while also promoting opportunities for the future ocean workforce,” says Kendra MacDonald, chief executive of Canada’s Ocean Supercluster. Among the strategies: training, mentorship and explicitly targeting jobs to groups that haven’t had traditional access to the ocean economy.

The blue economy is also known as sustainable ocean growth, and it marks a significant departure from the practices that have taken hold in the marine sphere over the past several decades. One critique of the old system is that the wealth derived from marine industries — commercial fleet fishing, for example — accrues to the few. Meanwhile, the harm — such as overfishing — hurts the many.

The new blue economy will be green, as it were, safeguarding the ocean’s health and resilience, and making sure that we can keep relying on its riches for years to come.

A blueprint for this new way of seeing the ocean came out in December, launched by the Panel for a Sustainable Ocean Economy. The panel is unusual for a raft of reasons, not least because its 14 members are sitting world leaders, including Prime Minister Justin Trudeau.

Together, these 14 govern nearly a third of the planet’s exclusive economic zones (the marine areas off a nation’s coast which the country oversees), as well as nearly 40 per cent of its coastlines. That means they have the power to change global ocean policy if they put their muscle behind it. It’s the start of a new narrative about what the ocean is for and what humanity’s responsibilities to it are.

Two innovative Supercluster collaborations foresee a bright future for an ocean workforce invested in the success of a blue ocean economy — the blue futures pathway project and the Indigenous career pivot project. Together they will support thousands of blue careers over time, MacDonald predicts.

The Blue Futures Pathway is the brainchild of Students on Ice (SOI) Foundation, a Gatineau, Que.-based organization offering educational shipboard expeditions to the Arctic and Antarctic. Relying on the foundation’s two decades of work with Indigenous and non-Indigenous youth, the Blue Futures Pathways program encourages young Canadians to consider careers in marine- and other water-related fields. That includes areas they might not have considered: cultural tourism, ocean research and technology. 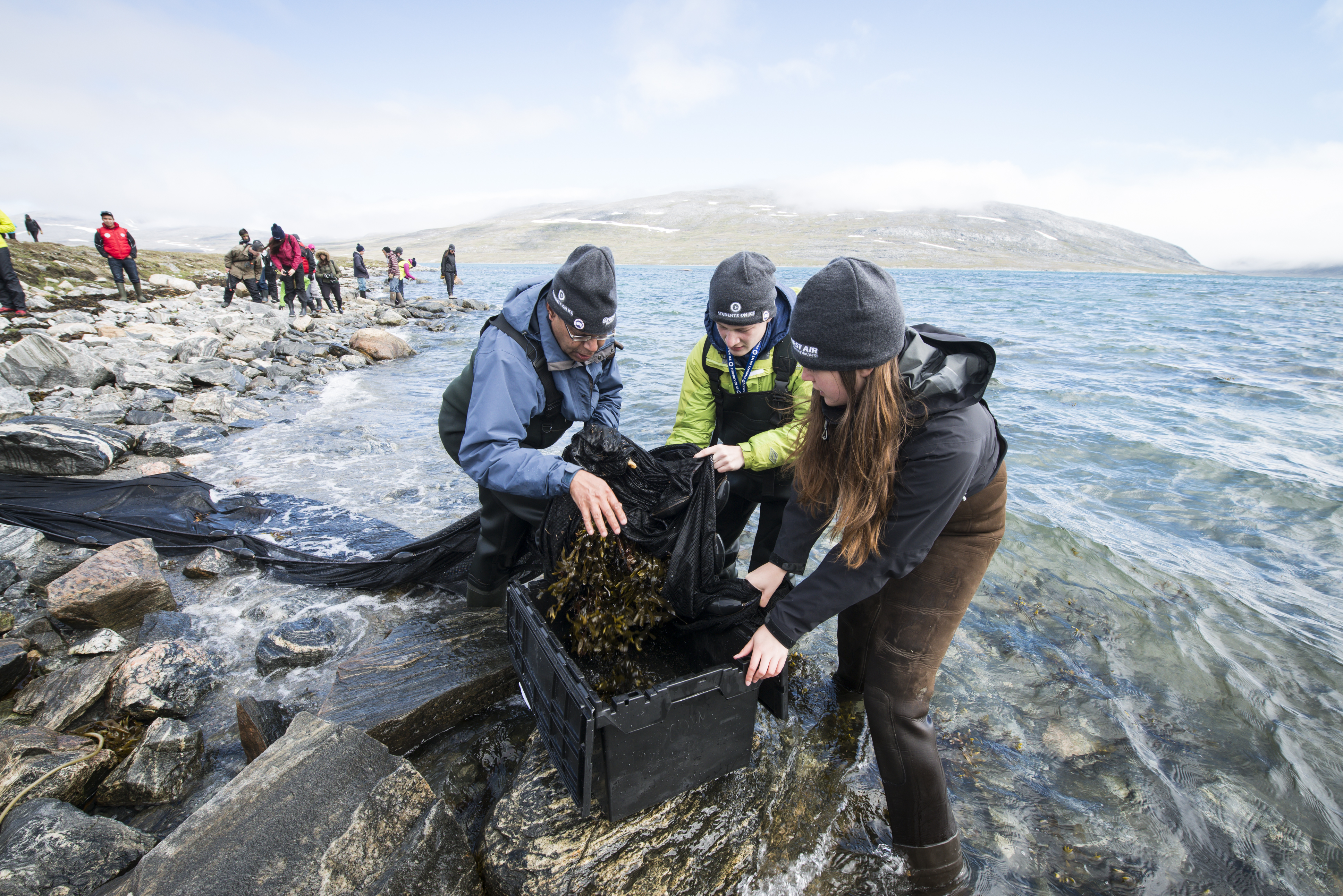 The Blue Futures Pathways encourages young Canadians to consider "blue economy" careers in areas they might not have considered — things such as cultural tourism, ocean research and technology. (© Martin Lipman/SOI Foundation)

“Sustainable blue economy isn’t a term that’s widely used or understood,” says Tara Mascarenhas, director of programs at the SOI Foundation. “When youth hear the term, they think about shipping or fishing or industries that are undesirable and dirty and not particularly intellectual. We felt there was some work to do to change perceptions around that.”

So, the foundation is putting together six education modules to help explain the ideas. As well, it has launched an internship program to entice young Canadians from a range of backgrounds, including graphic design, communications and engineering, to try out blue jobs.

At the moment, 21 university students are interning with ocean technology companies in Nova Scotia, including one that works on sea-floor mapping and monitoring, says Inda Intiar, the program’s Moncton, N.B.-based outreach coordinator.

The Blue Futures Pathways program has also put together a digital site for employers and employees called The PORT.

While blue futures focuses on youth, the Indigenous career pivot pilot project matches mid-career Indigenous Peoples in Canada with jobs at some of the hundreds of companies connected with the Ocean Supercluster. The goal is to help those businesses benefit from Indigenous wisdom while also creating full-time jobs for Indigenous workers in the ocean economy.

It’s been exhilarating says Emily Best. In January, she began her job as northern communications lead with SmartICE Sea Ice Monitoring & Information in Happy Valley-Goose Bay, Labrador. A member of the NunatuKavut community council, Best had been looking for a job related to her academic training in geography. SmartICE marries Indigenous knowledge of northern ice conditions with satellite and sensor technologies to help northerners stay safe. 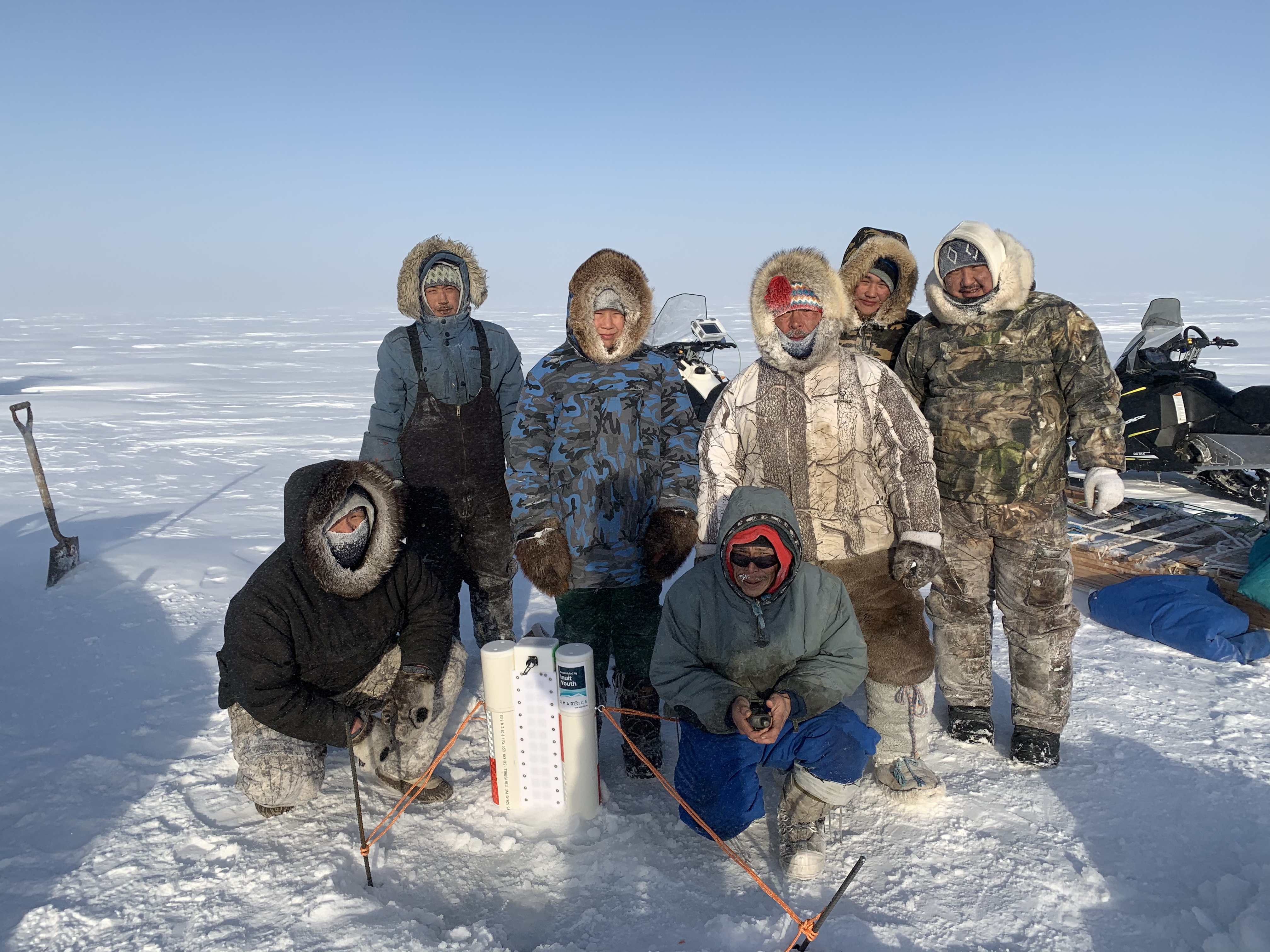 SmartICE community operators in Igloolik, Nunavut, pose for a quick photo after deploying a SmartBUOY, which measures sea ice thickness and delivers this information by satellite. (Photo: Zack Coombs/SmartICE) 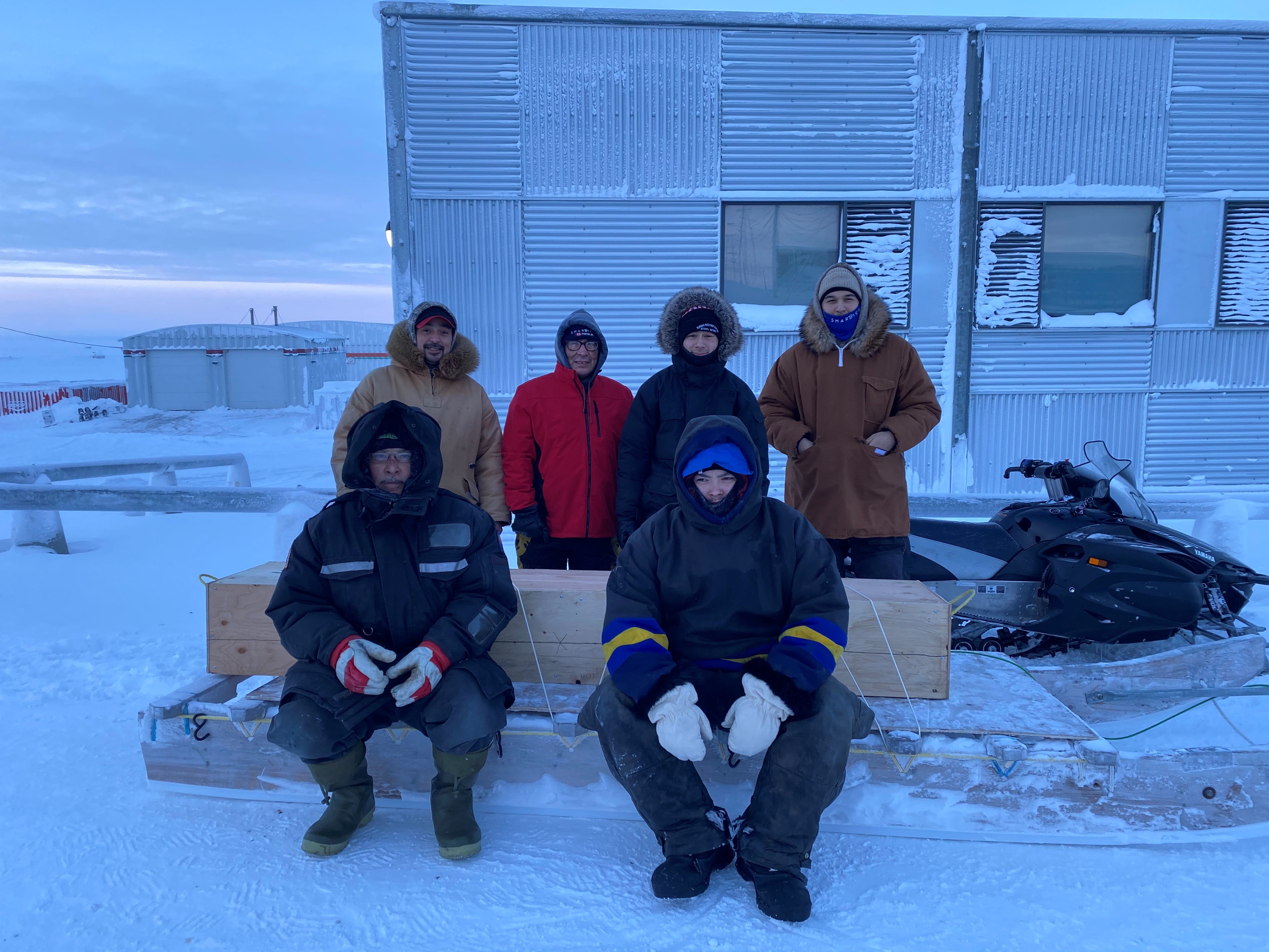 The program includes cultural diversity training for both employers and employees. The training helps everyone understand the historical forces that exclude Indigenous Canadians from participating in the blue economy in the first place. “It’s part of the reconciliation process because we haven’t always had opportunities to be involved,” Best says, adding: “And it’s a way to get a different perspective and viewpoint.”