Why your next vacation will probably be #ShotoniPhone

With Apple’s new iPhone 11 and iPhone 11 Pro Max now available for pre-order, you can leave your DSLR at home
By Andrew Lovesey
September 18, 2019

My life revolves around my smartphone. I can’t go anywhere without it. But it’s not for fear of missing a call, or even a text message for that matter. For me, it’s fear of missing the shot.

I now take more photos in a day than I take phone calls. It didn’t happen overnight, but over the past year or two, my smartphone has become more of a smart camera — and my iCloud is now home to more than 67,000 photographs taken around the world.

The technology improvements to the iPhone solidify its claim as the leading high-end device on the market. It exceeds its rivals — the Pixel, P30 and Note — in processing power. It runs on the sleek new iOS 13 operating system introduced at Apple’s Worldwide Developers Conference in June. It’s got Wi-Fi 6 and gigabit-class LTE for faster browsing and downloading speeds. The displays in both devices have even seen a minor upgrade. But it is the camera, or cameras, generating most of the buzz — and for good reason.

Canadian Geographic is celebrated for its photography, so it makes perfect sense that we would be among the first in North America to put the iPhone 11 and iPhone 11 Pro Max to the test. I was in Cupertino last week when Tim Cook did the big unveil of the new devices in the Steve Jobs Theater, and I have experimented with the stunning new features both in San Francisco and back home in Toronto.

To help you decide which device to add to your wish list this year, I tested both smartphones in a number of settings and scenarios: low light, daylight, stills and video. Scroll down to see the results. 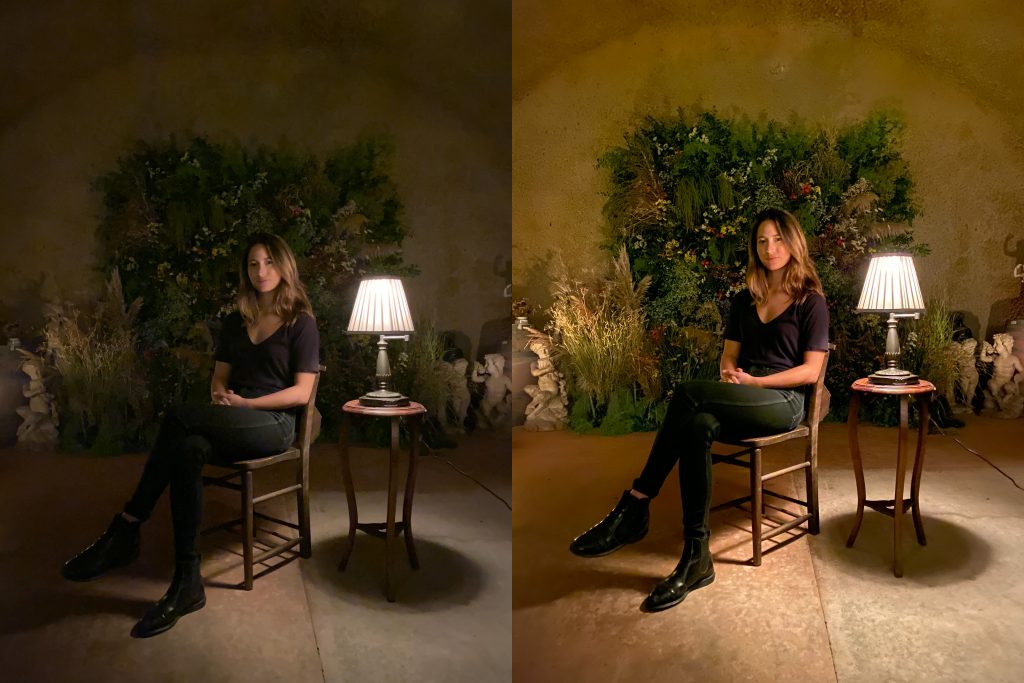 A model poses in the Cave Theater, a tasting room built into the landscape at Clos Pegase, a winery in Calistoga, Calif. Both photos were taken with the iPhone 11 Pro Max, but the photo on the right was taken in Night Mode. (Photos: Andrew Lovesey/Canadian Geographic) 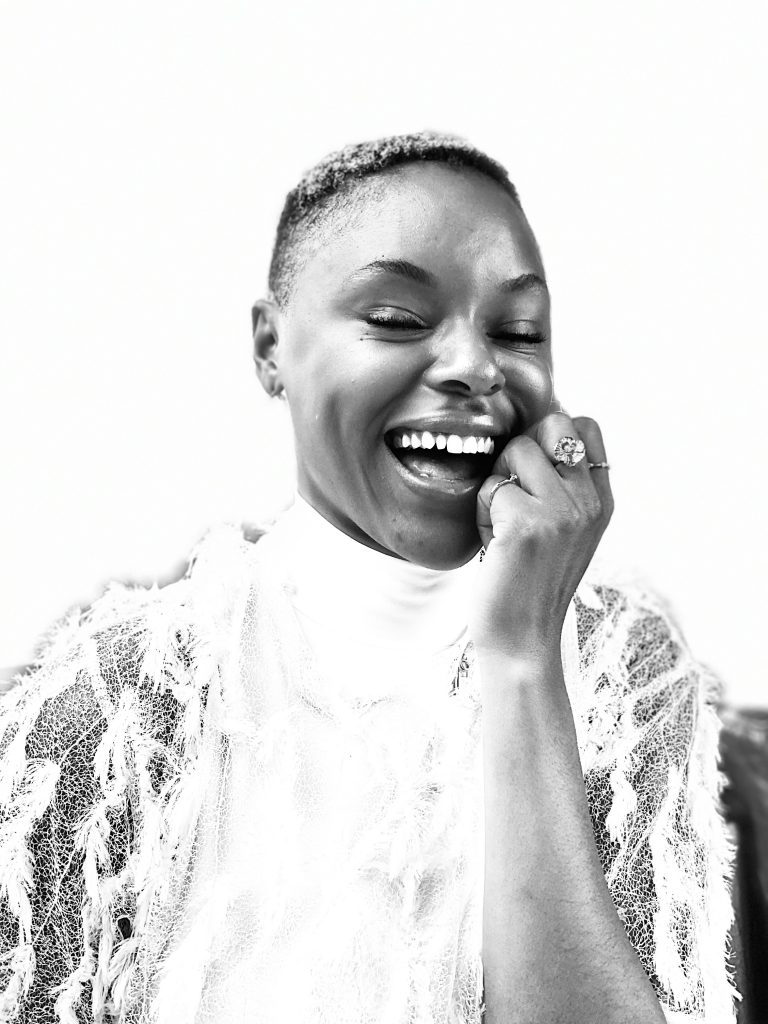 With both the iPhone 11 and the iPhone 11 Pro Max, there is no need to lug a heavy DSLR on your next holiday. Each device is equipped with top-of-the-line technology offering remarkable dynamic range and colour processing. The new True Depth 12MP sensor and ultra-wide lens provide up to four times more scene, allowing you to capture magazine-worthy high-resolution imagery.

The most exciting imaging feature, by far, is the new Night Mode — Apple’s answer to the market’s cry for better low-light captures. Made possible by a new wide sensor with 100 percent Focus Pixels, Night Mode is triggered automatically, on both devices, when in a low-light setting. With manual adjustments and a tripod, iPhone users can now slow the shutter speed, letting in more light to photograph some stellar nighttime scenes.

Beyond the still imaging capabilities, with the iPhone 11 and iPhone 11 Pro series it’s also all about video. Both devices can capture content in crisp 4K at up to 60 frames per second, and in slow-motion at up to 120 frames per second. For anyone who shoots video on mobile, this completely changes the playing field for smartphones. The cinematic stabilization offers unusually steady footage without the need for a gimbal system or steadycam. I explored a vineyard in Napa, walked around the busy, hilly streets of San Francisco and even biked up Yonge Street during Open Streets Toronto — all while filming with one hand. The results were astounding.

Surprisingly, the most exciting video feature for the iPhone 11 Pro Max comes from a third party developer, the minds behind FiLMiC Pro. Although it won’t be released until November, this groundbreaking update to the popular smartphone app will allow users to capture video simultaneously from all four cameras — wide, ultra-wide, telephoto and even reaction shots through the selfie camera. This application will open a whole new realm of possibilities for mobile video creation, from interviews to live music to sweeping landscape scenes.

If you are looking for the fastest phone on the market, look no further. Apple’s new range of iPhones are built with an A13 Bionic chip and pack more processing power than any other device on the market. In fact, they are more powerful than most “mainframe” computers that in 1970 would have cost $10 million dollars and filled an entire room. Among the hardware and software improvements include one feature that is sure to entice even the most discerning of smartphone users: more battery life. With the iPhone 11, Apple added an additional hour of battery life; the iPhone 11 Pro and 11 Pro Max offer up to four or five hours more life respectively.

As someone who regularly drops (and shatters) his phone, I could not be happier to learn that the new generation of iPhones are also the most durable devices on the market, and extremely water-resistant, too. The iPhone 11 is water-resistant to depths of up to two metres for up to 30 minutes; the iPhone 11 Pro Max can withstand up to four metres in depth for a similar amount of time. Apple stops short of claiming the devices are completely waterproof, but both withstood a dunking in the pool. (I eventually drop every phone I own in water, so I figured I’d get a head start).

Whether you’re looking to document your next vacation or snap studio-worthy photos of loved ones, the iPhone 11 and iPhone 11 Pro are magnificent choices. Want to shoot like a pro? You know what to do.

For pricing and detailed specs, visit apple.com or an Apple Store near you.