A film and speaker series on environmental issues and social change has released WATSON, a documentary about Paul Watson, the seafaring marine conservation activist known for his daring methods defending sealife from hunters and fishermen.

Directed by Lesley Chilcottt, the documentary launched in Canadian theatres November 7 and 10, and will stream on the Impact Series platform starting November 27.

The documentary tells the story of Watson, from his beginnings growing up by the sea in St. Andrews, New Brunswick as one of six siblings to founding the Sea Shepherd Conservation Society in 1977.

“It all goes back to when I was a child,” says Watson, on what drew him to the sea. “I was certainly there on the beach and on the piers, in a world with whales and seals and seabirds, and fish and lobsters.”

Watson was an early member and, contestedly, co-founder of Greenpeace, a global environmental organization from 1972 to 1977, when he was ousted from the board and accused of using violent methods to achieve his goals. 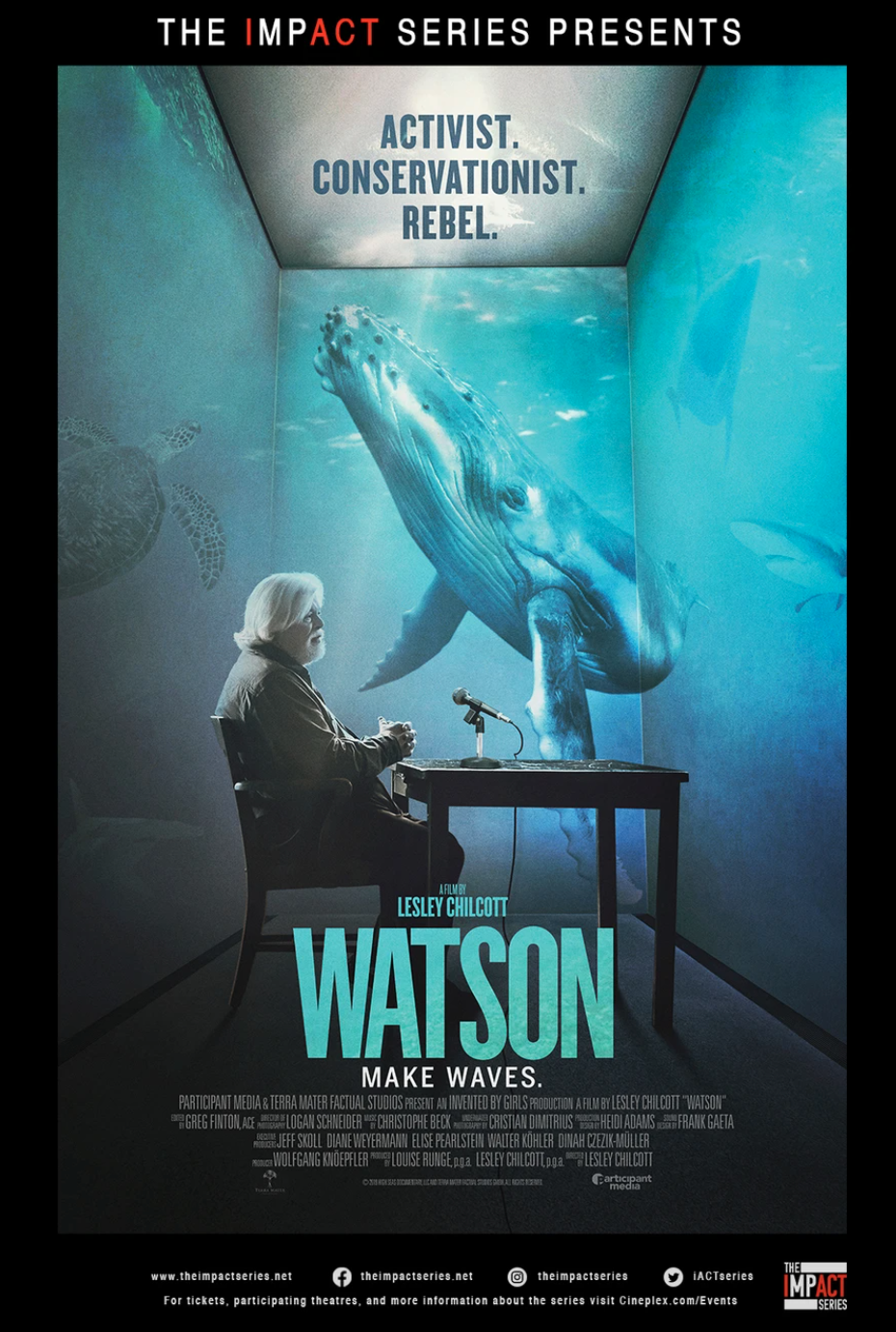 He says his strategy is “aggressive non-violence.”

One such moment documented in the film shows Watson blocking a sealing vessel by standing on the ice in their path, and handcuffing himself onto a chain hoisting seal pelts onto a boat.

Following the younger Watson’s resolve to protect baby seals from seal hunters was a lifelong dedication to intervening with whaling and shark-finning, the practices of killing whales for their blubber and slicing the fins off of live sharks.

“The sheer cruelty of that I think is shocking to people and it's something that people deserve to know about,” says Chilcott, the film’s director.

These interventions led to accusations of “eco-terrorism” by the Japanese government, after incidents of aggressive — but non-fatal — conflict between Sea Shepherd and Japanese whaling vessels.

“I think you always have to look behind the label,” says Chilcott. “I wanted to show [in the documentary] that in some cases, he is completely unwilling to compromise, and [that is] something that's admirable about him.”

The documentary portrays the effects of a human-centric perspective of viewing our place on the Earth, Watson says.

“We suffer this collective mass psychosis called anthropocentrism, this delusion that we’re the centre of everything, more important than everything, the most intelligent life form on the planet,,” he says. “We aren’t. We’re not even that important.”

Watson says the consequences of not learning to live in harmony with other species are dire: “If the ocean dies, we die with it.”