The fight to save the city’s oldest tree is over, and Zhelevo has won
By Madigan Cotterill
December 3, 2020
A natural wonder situated in bustling Toronto has been saved thanks to a collaborative effort made to preserve one of the city’s oldest trees.
After years of fighting for the protection of a historic red oak in Toronto’s North York community, Toronto city council voted, November 26 to save this environmental marvel. With a trunk circumference of 495 centimetres and standing at a height of 24 metres, the tree nicknamed Zhelevo, is presumed to be over 250 years old — making it older than the city itself. Towering over 76 Coral Gable Drive, Zhelevo engulfs the home below as its branches exceed the structure of the building.
“The tree is in a battle against the house and it’s winning. The house is losing,” says Mark Cullen. “It’s a magnificent example of what nature can, and will do if we let her.” As an expert gardener who has been heavily involved in the campaign to save Zhelevo, Cullen says that the home needs to be removed as soon as possible and the soil should be remediated.
“This will give this tree some breathing room so that it can live another 200 years, because it will,” Cullen says.
In 2018, when the property went up for sale, the City of Toronto launched a campaign to try and raise enough money to buy the $860,000 property Zhelevo stands on. The city stated that they would pay for half of the cost, but the remaining $430,000 would need to be fundraised by the public by Dec. 12, 2020. Once purchased, the home would be knocked down and the property would be converted into a parkette, featuring Zhelevo as the main attraction. The city states that a formal landscape plan will be completed, but an inspirational rendering has been illustrated to help the public envision the space.
As of Nov. 23, 2020, 71 per cent of the target goal had been met with $303,474 raised in pledges and cash. With less than a month to go before the Dec. 12 end date, the campaign was falling short of the goal with some funds still missing. However, a private, anonymous donor came forward stating that they would pay half of the remaining balance with the other half to be paid for by the city. The condition is that the public will continue to fundraise past the Dec. 12 deadline until the target goal is met and the city is reimbursed.
“The fact is the deal is going to close December 12, and that has given everybody a breath of fresh air,” says Cullen. “We’re delighted by that decision and we thank the council of the City of Toronto.”
Cullen says that the campaign was a lot more work than he thought it would be, given the restrictions from the pandemic. In ideal circumstances, he says communicating the central message of a campaign like this one is already difficult. With the pandemic, it became much more challenging because of the inability to meet people face to face.
“We wanted to have public gatherings where we could have the community together for a picnic and tell them what we were planning to do and ask them to help us. We couldn’t do any of those things.”
The fight to save Zhelevo has been an ongoing project for some community members, like Edith George, who have been advocating for the preservation of the tree for more than a decade.
“I was knocking on people’s doors 14 years ago about this tree,” George says. “You have to see it to understand.” As a conservationist and preservation activist, George has been working hard to help increase fundraising and collect donations.
“If I have to, I will mortgage my house. I don’t want to be beholden to the city.” 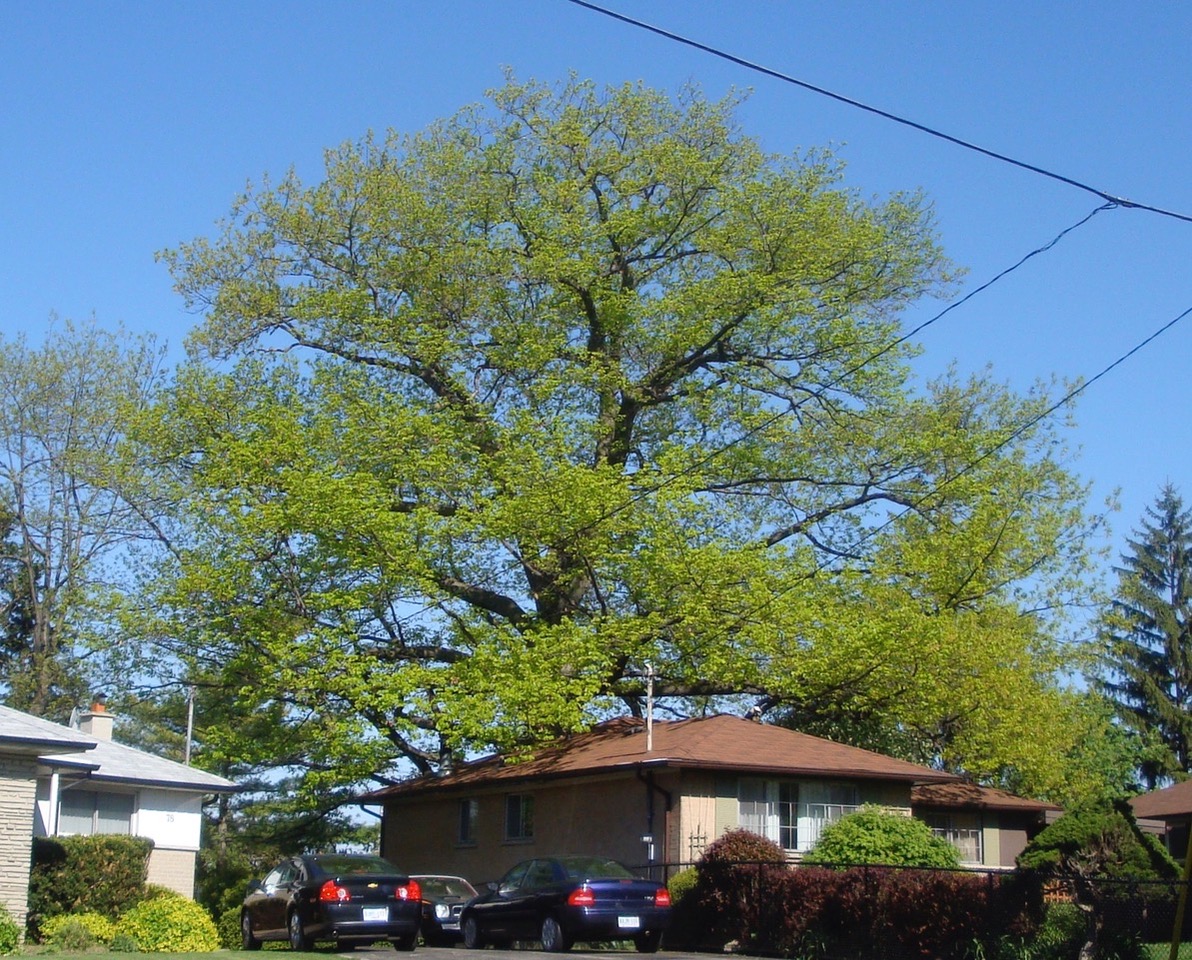 Photo: Edith George
When the campaign was launched, Cullen and his wife Mary made a leadership pledge of $100,000, under two conditions. The first was that the public come to the table and raise the balance of $430,000. The second condition was that the city would match this balance and do what is necessary to remediate the soil and convert the area into a public park. Cullen says that he is “most impressed” by people’s generosity. He says that the success of the campaign has proven that the City of Toronto, and the council, is prepared to think big.
“I’m really proud to be able to say that together we are creating a very special place that every Torontonian, Canadian for that matter, that wants to visit Toronto’s oldest tree can.”
Currently recognized as a heritage tree by Forest Ontario’s Heritage Tree Program, George says that Zhelevo is now going for designation under the Ontario Heritage Act. She says that no tree has been designated under the act since its amalgamation, and hopes that Zhelevo will prompt a line of more trees to become protected.
“Finally, natural heritage is being put on the front burner. It’s finally having its recognition.”
Located near the Toronto Carrying-Place Trail, it is believed that the tree could have acted as a marker for fur traders, and therefore holds historical significance for the city. Converting the area into a parkette, where Zhelevo will be properly maintained, will ensure the tree is preserved for years to come.
“Whether you go to visit the tree or not, just knowing that we have saved this tree says a lot about the character of the City of Toronto,” says Cullen. “The people of the City of Toronto stepped to the plate, and that tells me a lot about the character of the people who are citizens in the City of Toronto."

Related: “If this tree could talk:” The fight to save Zhelevo, Toronto’s most iconic red oak