Filmmaker Dianne Whelan has become the first person to complete the Trans Canada Trail in its entirety. Here, she shares insights from her epic cross-country journey.
By Angelica Haggert
August 30, 2021

Ten days into her planned two-year traverse of the Trans Canada Trail, Dianne Whelan ripped up her schedule. Six years later, she’s finally completed the trip, becoming the first person to complete the 24,000-kilometre Trail in its entirety.

“Following the light,” and doing the Trail theoretically backwards, Whelan began her journey in St. John’s in 2015, moving from east to west.

“I really did think I could do it in two years,” she says. “I had a schedule, like most people do when they go off on these adventures, but on Day 10 in Newfoundland, I realized I had not gone as far in 10 days as I had planned to go in one day.”

At that point, Whelan faced a decision.

“I just thought, ‘Why are you out here? What is this all about? Does it really matter how many kilometres you do in a day?’” she says. “And I realized no, of course not. I’d come out here as an artist, to make a film and write a book.”

Letting go of the schedule became part of the story, and gave Whelan the freedom to take each day as it came.

“I might only go four kilometres some days,” she recalls. “I’d pack up my camp and head out but then see a grizzly bear and a cub playing in a lake, so I’d stop and film and watch … and then it was time to set up camp again.”

If ever she felt too tired and burnt out to go on, she’d stop and spend a few days doing self-care. She describes the change in her approach as “taking off the rabbit suit and putting on a turtle shell,” referencing the well-known fable The Tortoise and the Hare.

“The hare doesn't make it,” she says. “I needed to heed that wisdom on this journey and be the turtle, not the rabbit.” 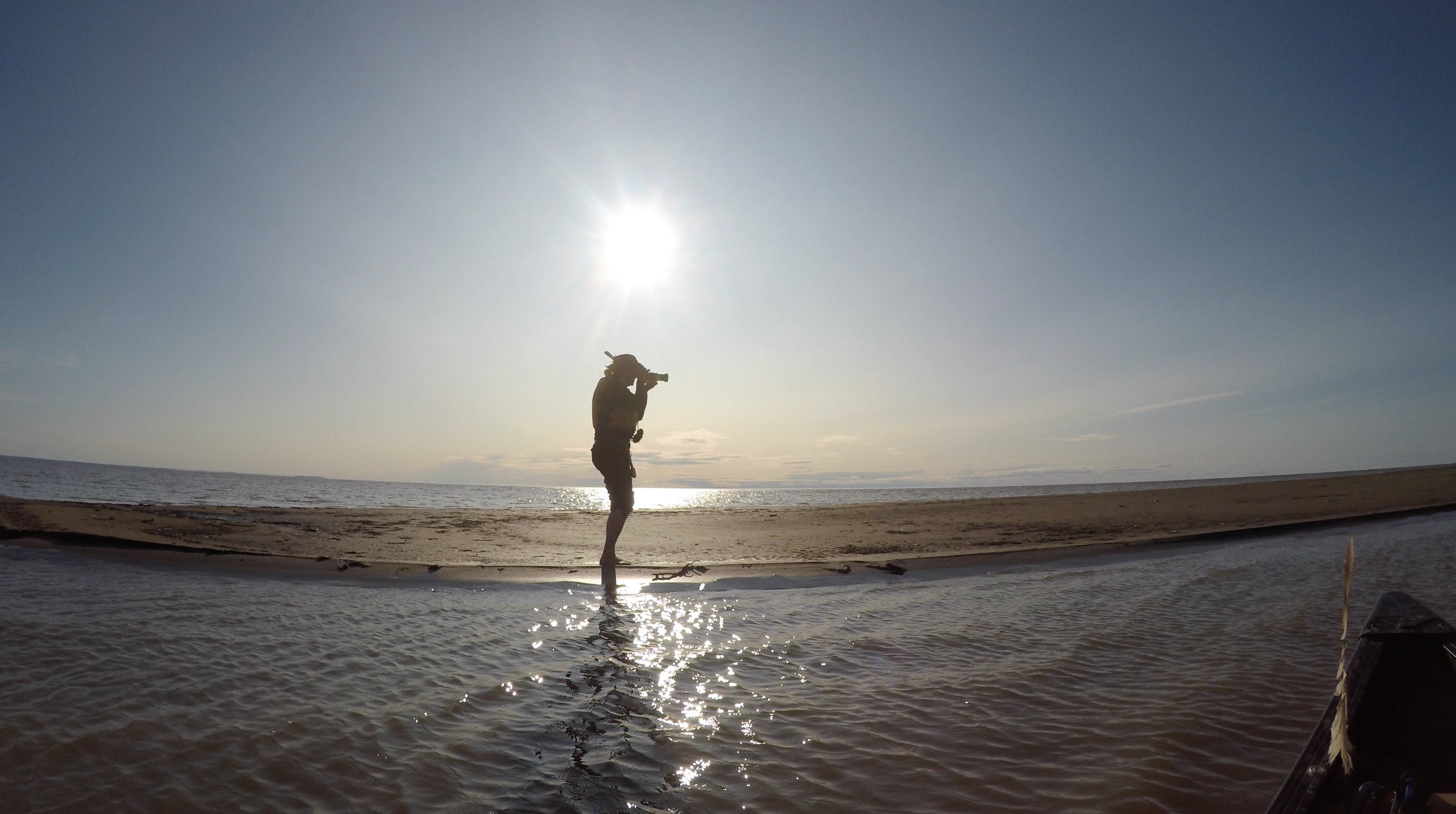 Whelan filming on a sandbar in Great Slave Lake, N.W.T.

Originally funded in part by the Royal Canadian Geographical Society, Whelan set out to make a film and write a book called 500 Days in the Wild. She now faces the daunting task of sifting through 470 hours of film footage and more than 100 journals she kept along the way to put the story together.

“I’m not really sure what the film will be about yet, but it will be a film of hope,” she says. “We all need some hope [and] I found it on this journey — in the kindness of people, in the areas of wilderness where I could drink the water and see old growth trees. I also got an introduction to a land-based education, learning those ideas in Indigenous communities. That’s where hope for the future lies, in living with the Earth.”

While COVID-19 upended life as we know it, the pandemic had little impact on Whelan’s journey. “I had a pretty good warm up to social isolation before COVID began,” she says with a laugh. “I stayed out of communities for the last year and a half. COVID is a human problem, so that connection to nature stayed the same.” 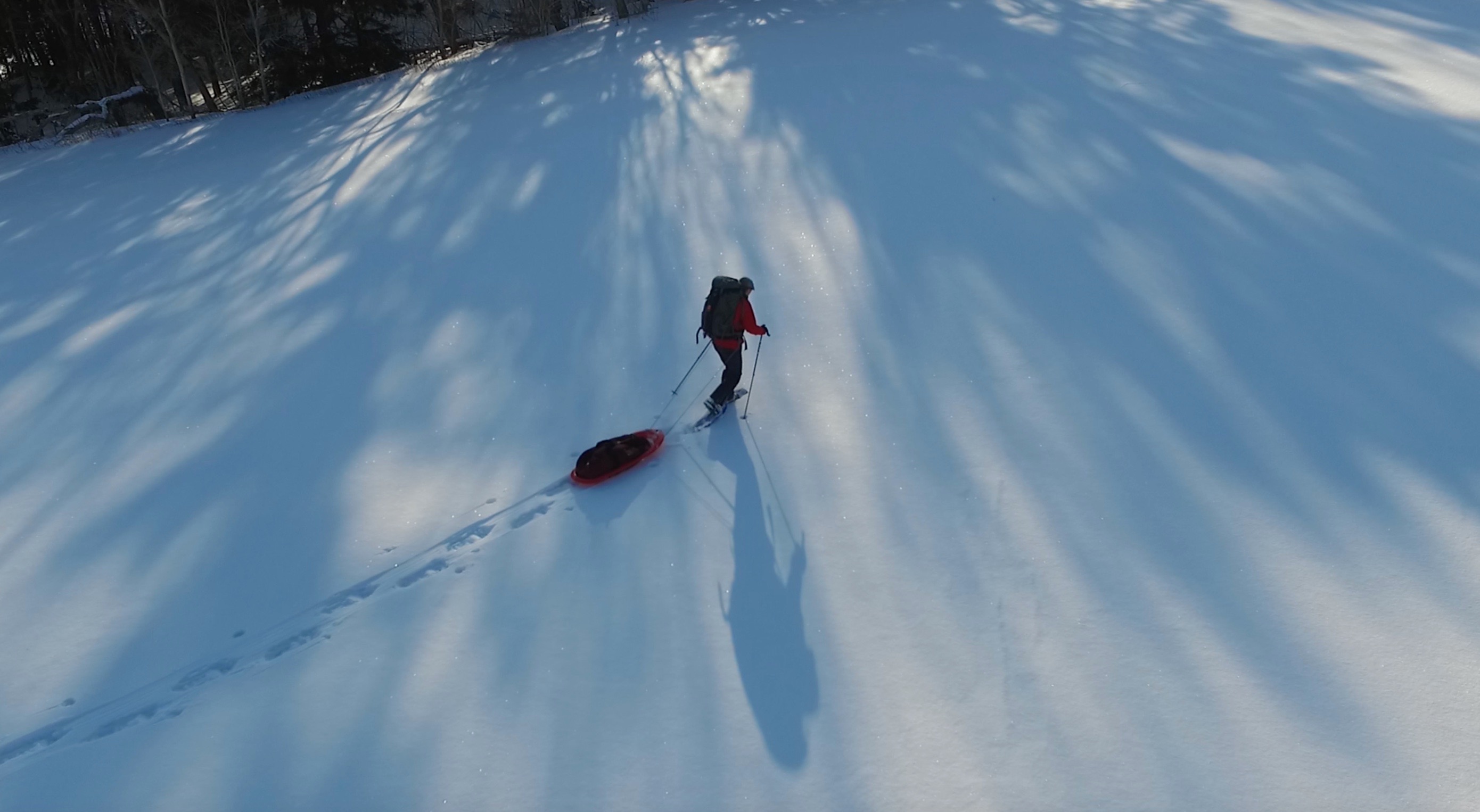 Armed always with two ways to light a fire, her cell phone and GPS unit, a paper map and a turtle necklace gifted to her by a Mi’kmaq Elder, Whelan was aware of her vulnerability as a woman travelling solo. But, she says, in six years she never got hurt, never tipped her canoe, and never had to call search and rescue.

Her biggest hurdle came about a year and a half ago, when her mom fell ill. At that point, she says, she almost quit.

“My partner came and picked me up and we drove back and I spent a week in the hospital with my mom, and then a few weeks with her at home. After a month I said I would quit [the Trail] and stay with her, but she would have none of it. She was the reason I was out there — she had donated to the Trail in the 90s. And she was there on the beach waiting for me to come to shore on the final day.”

And, as it turned out, Whelan was never truly alone across the more than 24,000 kilometres of the Trail.

“I was crying the last 20 minutes, not because I was sad it was ending, but because I was thinking about all the people who helped me along the way,” she says.

“From Newfoundland to Victoria … I was never alone. To be greeted by the daughters of the Chief and welcomed to shore, to walk that final half mile to the mile zero beacon … they raised my hands in the air and said to everybody gathered there that day ‘We are one.’ Independent of me, of my journey, that was a really powerful message to witness.” 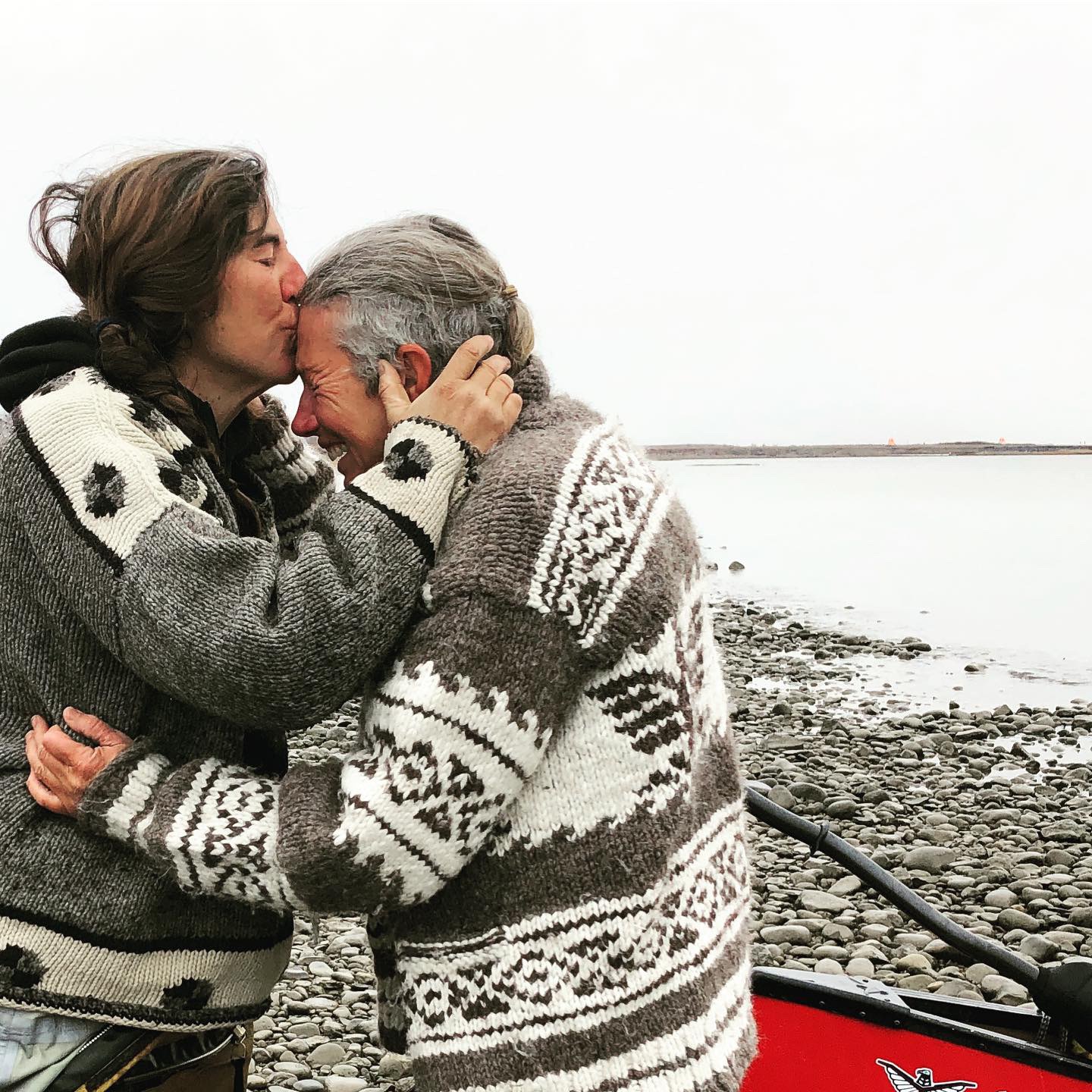 Now that she’s home in Vancouver, Whelan says it feels good to be back in one place. Her end-of-summer plans include seeing a friend’s art show at the Vancouver Art Gallery and enjoying a homemade meal from the Ruby Lake Resort on the Sunshine Coast.

Her next adventure? Well, she won’t talk about that yet, beyond saying that it will be a paddle journey, and that she’s committed to continuing the work she started on the Trail, highlighting the importance of connecting with and protecting the land.

“We don’t owe the future an economy, we owe it clean air and clean water,” she says. “I’ll spend the rest of my career — and my life — working to protect the Earth and the water.”

Learn more about Whelan’s 500 Days in the Wild project.