The decrease in human activity could be the reason
By Madigan Cotterill
July 30, 2020

Hidden in Johnston Canyon is a “secret cave,” a popular area in Banff National Park for tourists to visit. A picturesque waterfall situated just outside the opening of the cave makes for a great photo that many hikers set out to capture for their scrapbooks. But since 2018, this admired location has been closed off to visitors by Parks Canada to protect an endangered bird species: the black swift.

Between the size of a robin and a swallow, the black swift can be identified by their small feet, tiny bill, and square tail. Found in Western Canada, the United States, and some areas of South America, the black swift typically nests behind waterfalls and on cliff ledges, making Johnston Canyon the perfect place for these birds to make their home. Black swifts, however, were designated as an endangered species in 2015 by the Committee on the Status of Endangered Wildlife in Canada.

An assessment report published by the COSEWIC revealed that there have been vulnerable numbers of black swifts in Johnston Canyon, beginning from when they were first discovered in 1919 until present day. Peak numbers were documented between 1981 and 1982 with 12 nests, but in recent years there have only been one or two. 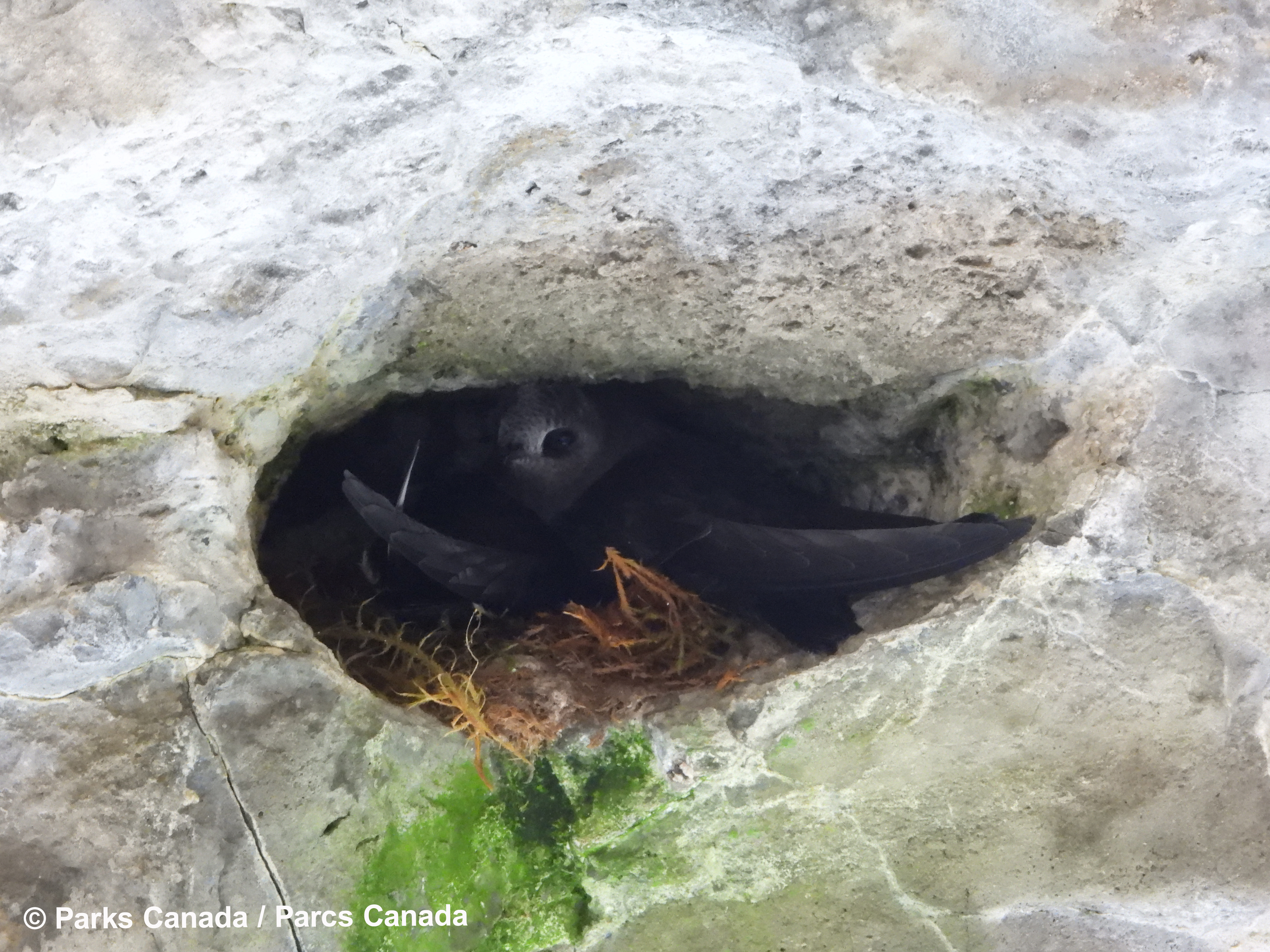 More than 80 per cent of the black swift population in North America resides in Canada. (Photo: Parks Canada)

More than 80 per cent of the black swift population in North America resides in Canada. The COSEWIC report says that negative population trends between 1973 and 2012 show a decline in population by more than 50 per cent. Along with threats such as airborne pollutants, climate change, and logging, COSEWIC says that recreational activities could be a negligible factor impacting the black swifts.

“It’s a general issue where you have a lot of people and a lot of wildlife,” says Carolyn Callaghan, senior conservation biologist in terrestrial wildlife at the Canadian Wildlife Foundation. “Banff has a lot of people.”

Callaghan says that most wildlife will always try to hang on to their best quality habitat until this is no longer possible.

“They will do that until at which time humans are no longer predictable and they can’t work around them, or the volume is just too high. Then they would just abandon their habitat,” she says.

To help increase nesting numbers and bring some of the black swifts back to the area, the location where the birds nest in Johnston Canyon has remained closed off to tourists to reduce human activity. Clear warning signs indicate to tourists that the area is not to be visited, but there have still been reports of violators.

“It’s a significant decrease from last year, but there is also a lot less activity of people up there as well,” she says, adding that the road used to access the parking lot to Johnston Canyon is currently restricted from motor-vehicle access. Only hikers or visitors traveling by bike can access the area. She says that because of this, the park is seeing a lot fewer people at this time.

During the same time frame, the number of black swift nests has increased from one nest in 2019, to three as of Spring 2020.

“That’s six birds in total, which I know doesn’t sound like a lot, but that is a three-fold increase,” says Rubeling. “That’s actually more nesting activity than we have seen in the last 16 years in that area.”

Although there is no concrete evidence that can confirm that less human activity is the reason for the increase in black swift nesting, it is still beneficial for the birds.

“Any kind of swift or swallow is in steep decline,” says Callaghan. “So the fact that there is a rebound is very interesting.” 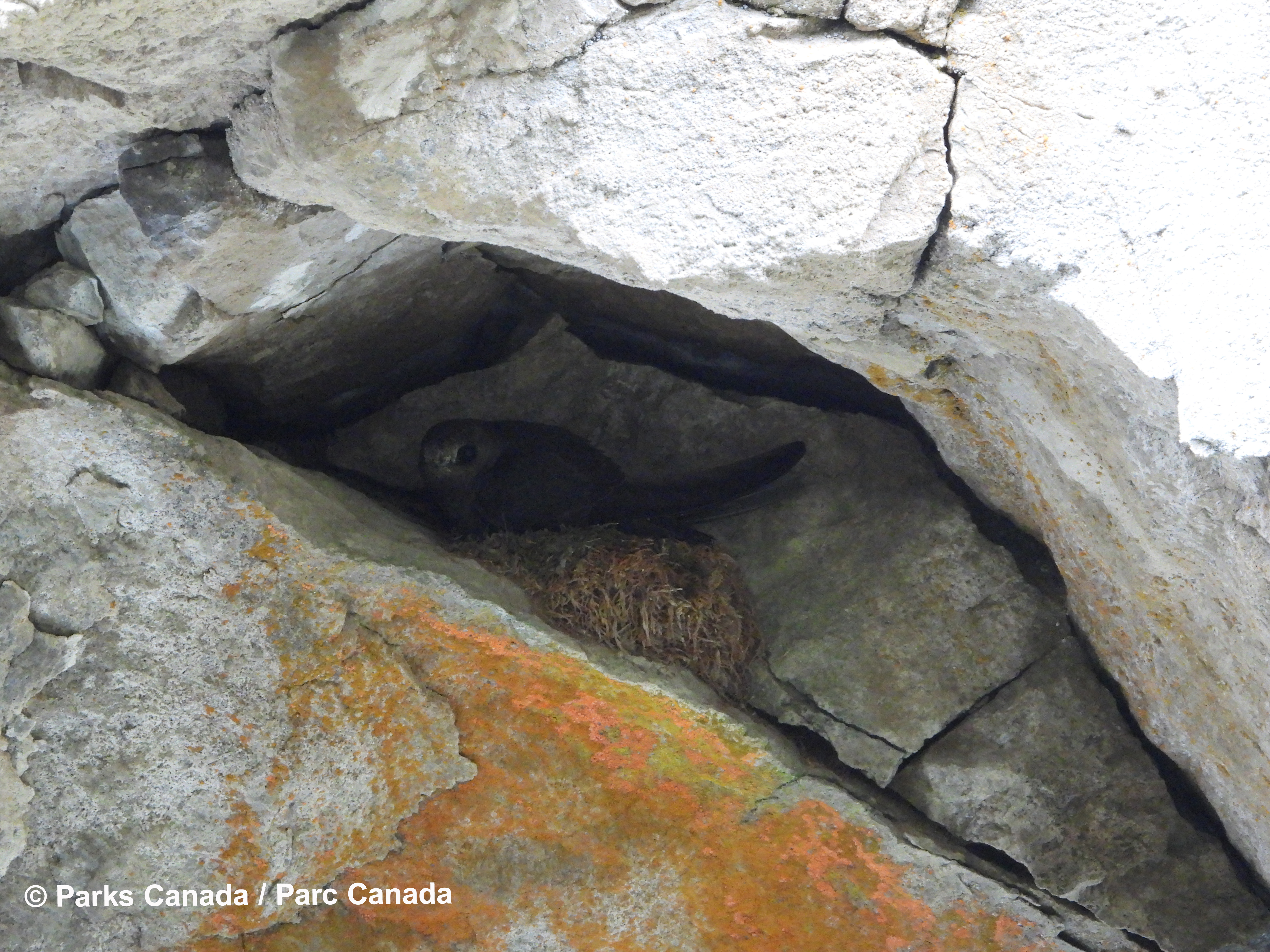 For Parks Canada, balance is key when managing the ecological integrity of wildlife while creating a space Canadians can enjoy. (Photo: Parks Canada)

In a situation like this one, balance is key, which Parks Canada ensures with its dual mandate, explains Callaghan.

"The vision of Park Canada is for the enjoyment and use of all," says Callaghan. “It’s also for ecological integrity. When you have a beautiful park like Banff, everyone wants to go there, so how do you balance that?”

Confirming that the black swifts rebounding is due to fewer people being around is not possible at this point, but what can be confirmed is there are more nests and there are more birds.

“What we really want the public to know is that those closures and restricted activity orders are in place to protect a highly sensitive endangered species,” says Rubeling. “Staying out of that restricted area, by minimizing disturbance to the birds and their nesting site, is a really important action that people can use to hopefully feel like they are contributing to the success of an endangered species.”