At 670 metres, Bisaro Anima near Fernie, B.C. is confirmed to be Canada's deepest cave
By Michela Rosano
January 16, 2018

Eleven regulation hockey rinks stacked end to end. That’s how deep caver Kathleen Graham descended into the Bisaro Anima Cave on January 1, 2018, establishing a new record for the deepest cave in the country.

The discovery was made during the latest expedition of the multi-year Bisaro Plateau Caves Project, which is supported by the Alberta Speleological Society and this year received funding from The Royal Canadian Geographical Society.

At 5.3 kilometres long and 670 meters deep, the cave, carved into a remote mountain plateau near Fernie, B.C., is a slog. It has just one known entrance, and expedition members had to grapple with difficult terrain including deep canyons, underground waterfalls, loose rock and tight squeezes in temperatures hovering around 2 C. 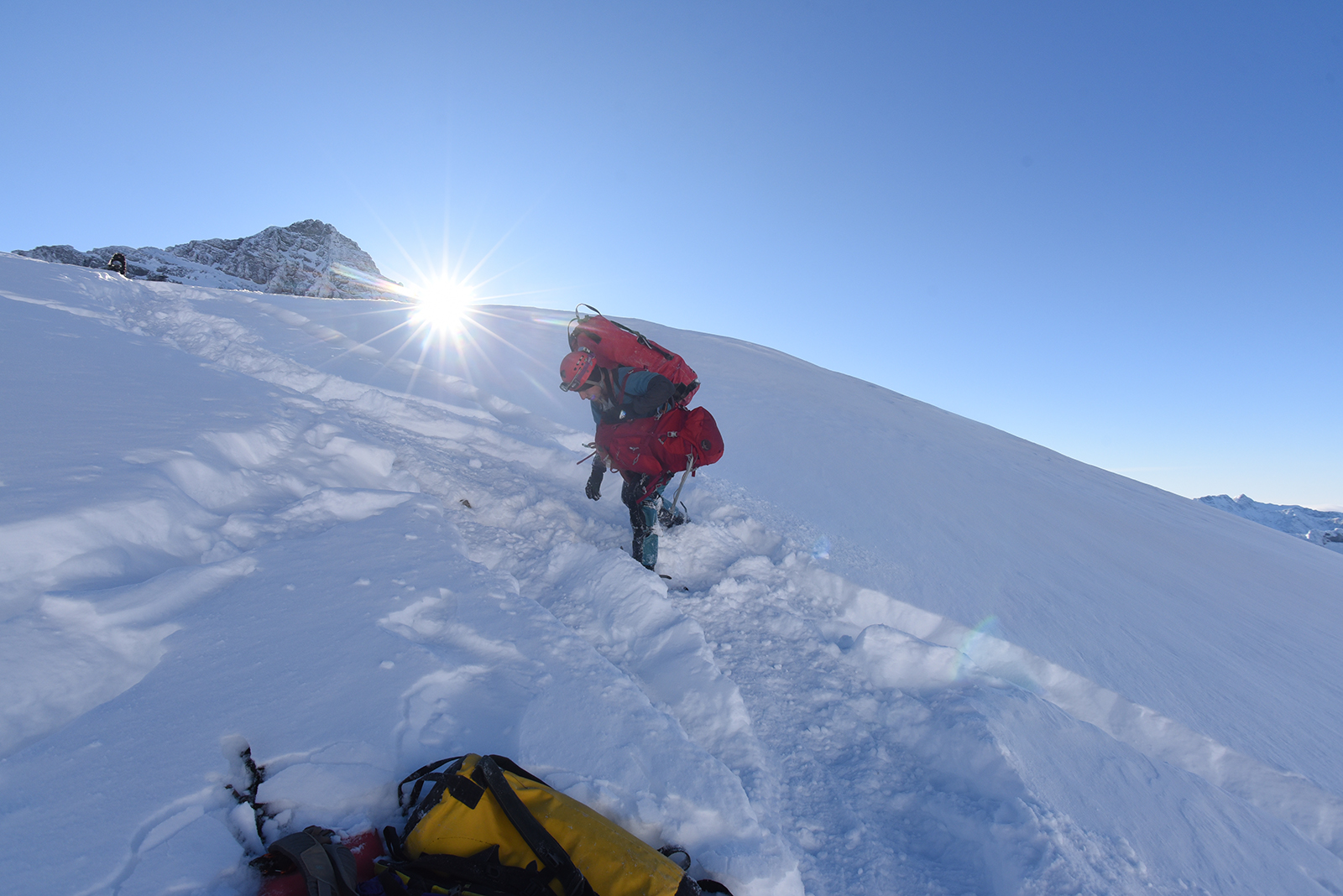 The team of the latest expedition make the trek from their helicopter drop-off point to the cave entrance, where they have to dig it out of the snow. (Photo: Jared Habiak/Bisaro Plateau Caves Project)

“You are constantly cold, damp and covered in mud, with no reprieve,” says Christian Stenner, a member of the expedition and provincial coordinator of the Alberta/BC Cave Rescue Service. “The consequences of an injury in this environment are tremendous, due to the hazardous conditions and exceptional remoteness.”

“The nine of us carried 15 bags, probably an average of 40 pounds each, to the various camps and back out again,” says Bruns, who first discovered Bisaro Anima in 2012 with his father Henry.

From Camp 2, as it's known, Graham then descended a series of four vertical shafts with two other cavers to a sump, an underground channel filled with water discovered during a previous expedition in October 2017, put on her scuba gear and jumped in by herself. 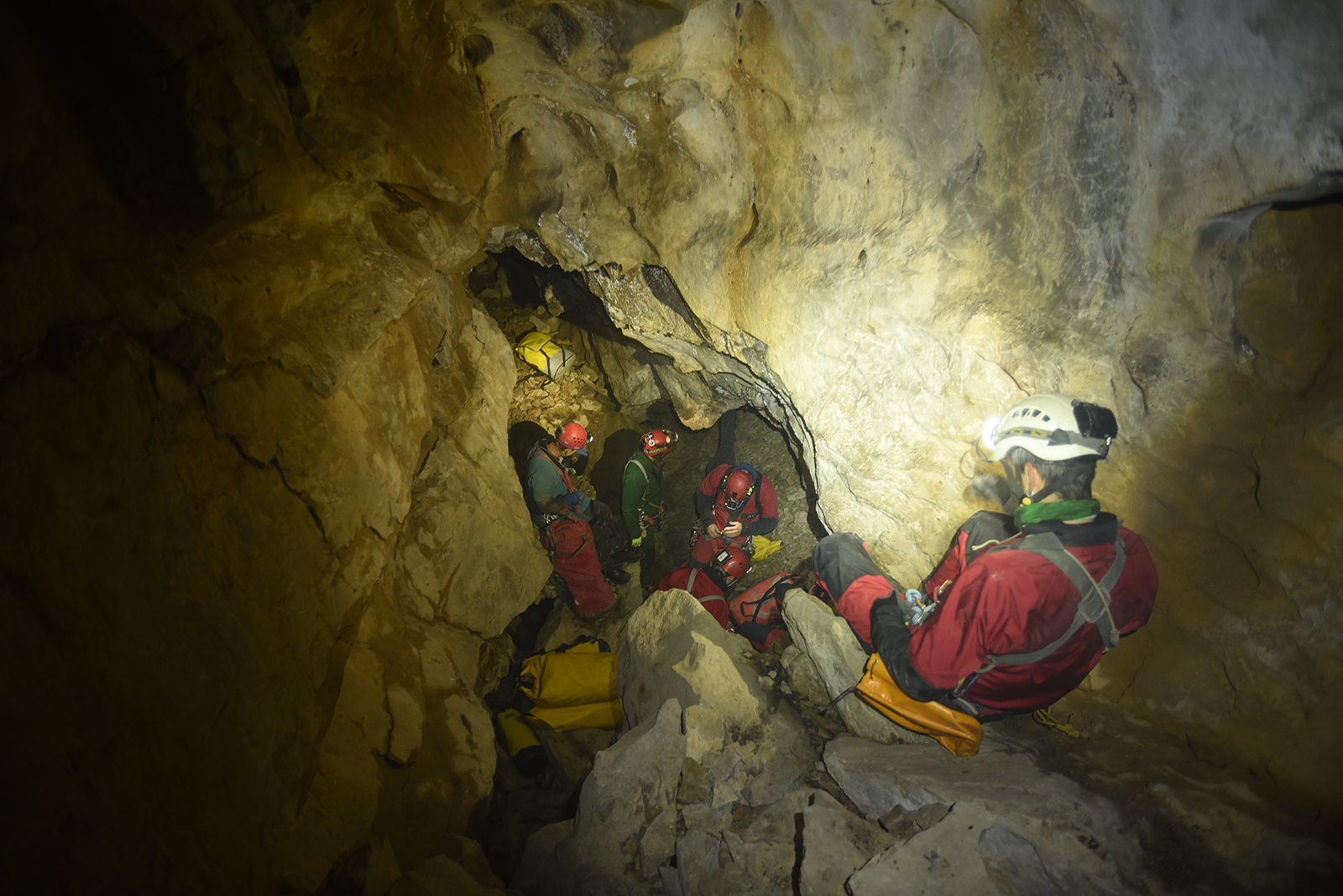 “When we found the sump a couple of months ago we were surprised and disappointed. I've been imagining what lay beneath the water ever since. Actually I've been fixated,” says Graham, who is also the President of the Alberta Speleological Society.

Graham explored and mapped the sump, finding a two-metre-wide by one-metre-tall passageway at a depth of about 15 metres. Limited by only one oxygen tank (her second tank was accidentally drained and dry by the time it got to Camp 2), she was unable to explore further, but the team expects the cave to break more records.

Since 2012, more than 30 cavers from Canada, the United States and the United Kingdom have explored Bisaro Anima. The October expedition, which also included members Claire Gougeon, Braden Kudel, Stuart de Haas and Luke Nelson, measured Bisaro Anima to 531 metres deep, the third deepest in Canada at the time. This August, the Bisaro Plateau Caves Project will be back in action to continue exploring the secrets of the cave.

“People tend to ask what’s special about it being the deepest, and it’s a tough question to answer, but at the heart of it, we know more than we did yesterday,” says Bruns. “We’re making a map of the cave and people can come and explore this cave for decades to come. You never know what’s going to be around the next corner.” 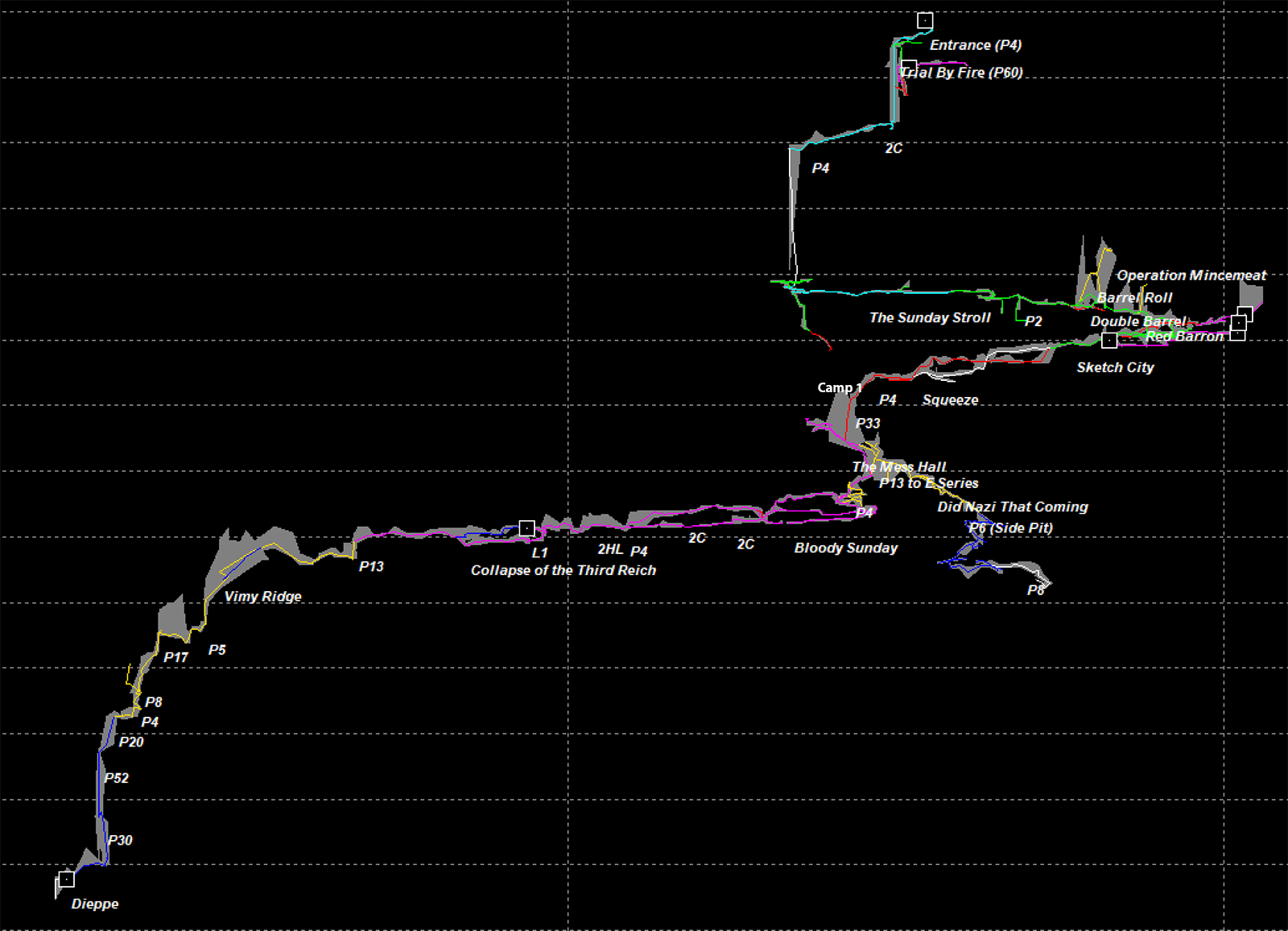 A profile map of Bisaro Anima looking to the east southeast and oriented to true north. Each colour represents the year that parts of the cave were explored and mapped: light blue (2012), light green (2013), red (2014), purple (2015), yellow (2016), blue (2017), white (New Year 2018). The grey areas areas give a rough indication off passage size derived from laser measurements taken by the team at each station. The "P" numbers relate to the height of vertical drops in metres requiring rope ("P" stands for pitch). Many features in the cave have been named with a WWI and WWII theme (the nearby Mt.Bisaro was named after Torindo Bisaro, a Canadian infantryman from Fernie who fell during the invasion of Normandy in WW2). The sump that Graham explored on Jan. 1, 2018 is located at the bottom left corner, named "Dieppe." (Map: Bisaro Plateau Caves Project)