The Society honoured the Jeopardy! host's tireless support of geographic education in Canada by renaming one of its most prestigious awards
By Michela Rosano
May 14, 2019

Alex Trebek, The Royal Canadian Geographical Society’s Honorary President, is a lifelong champion of geographical education, having received the RCGS’s Gold Medal (in 2010) and its Lawrence J. Burpee Medal (in 2015) for his contributions to the advancement of geography. Now his legacy will be honoured once more, with the renaming of the RCGS’s Geographic Literacy Award to the Alex Trebek Medal for Geographic Literacy, announced at the official opening of the Society’s headquarters at 50 Sussex Drive in Ottawa on May 13.

Since its inception in 2000, the Geographic Literacy Award has honoured individuals in both the private and public sectors who make significant contributions to geographic literacy in Canada. Canadian Geographic Education, the educational program arm of the RCGS, annually recognizes these individuals for creating and supporting programs, initiatives and events that improve and enhance geographic education among young Canadians. The new medal was designed by artist and RCGS Fellow Susan Taylor.

“Alex Trebek has literally inspired thousands of young people to learn more about our country and our world,” says John Geiger, CEO of the RCGS. “He is a great friend, a great friend of geography and a great Canadian … I can think of no person better suited for this honour.” 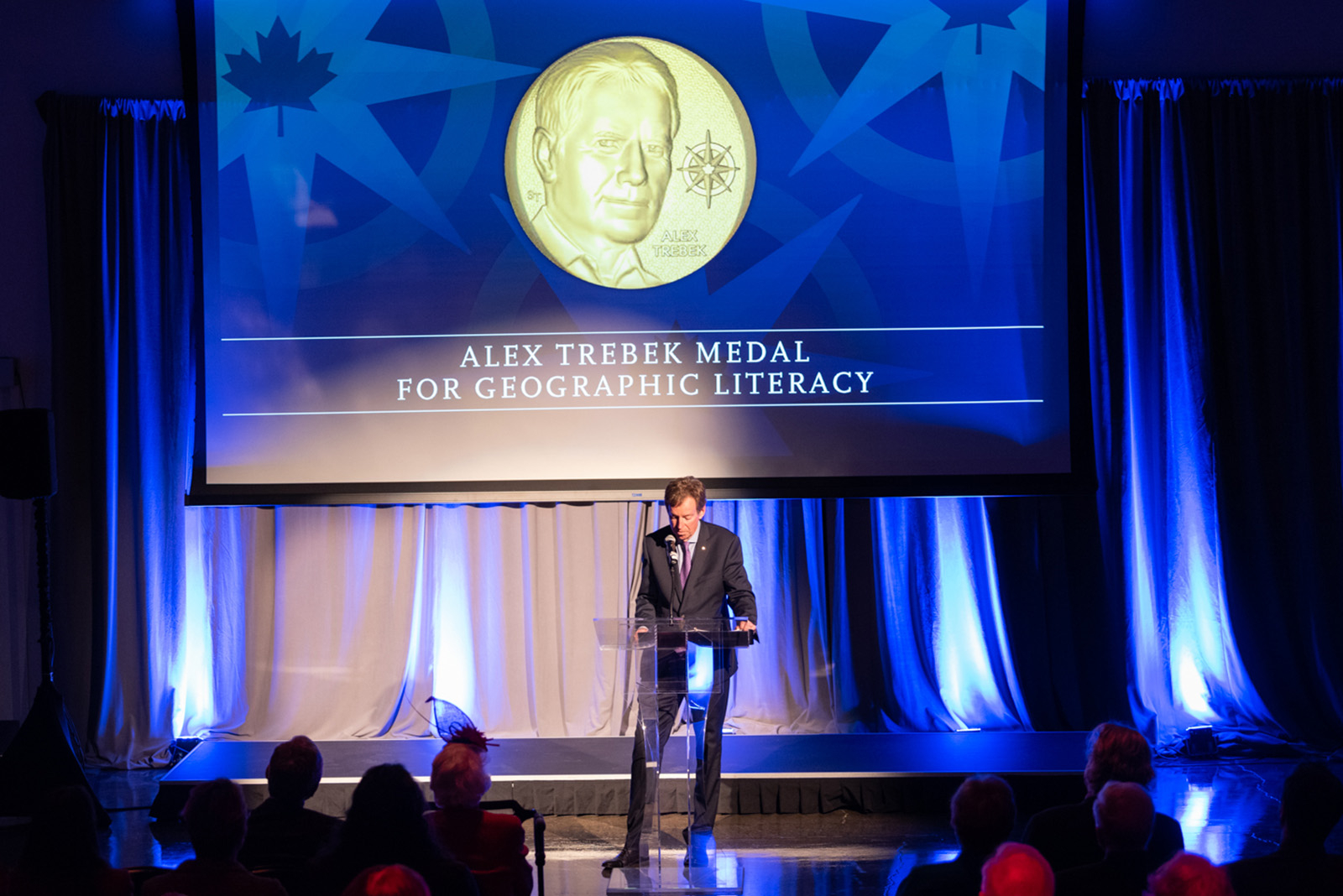 Trebek has had a particular interest in the Canadian Geographic Challenge student competition, helping to revitalize the annual geography bee, now in its 24th year, and allowing the Society to host a live national final.

This year, the live national final of the Canadian Geographic Challenge will be held in the Alex Trebek Theatre at 50 Sussex on May 27.