One man’s endeavour to save the province’s most endangered snake
By Tyler Cheese
August 7, 2021

Ryan Wolfe has been catching snakes since he was about six years old.

He remembers taking walks with his parents outside their Hamilton, Ont. home and flipping rocks over to look for the reptiles.

Today, he’s turned his childhood pastime into a career. A graduate student at the University of Toronto’s Rollinson Lab, which focuses on evolutionary ecology and conservation of ectothermic vertebrates, Wolfe works with snakes on a daily basis and considers them to be wildly misunderstood creatures.

“It’s like sticking up for the little guy that no one really cares about or pays attention to,” Wolfe says.

He has now worked in the field — often literally — for almost a decade and is currently the lead researcher on a project aimed at saving one of Canada’s most endangered snakes, the blue racer. 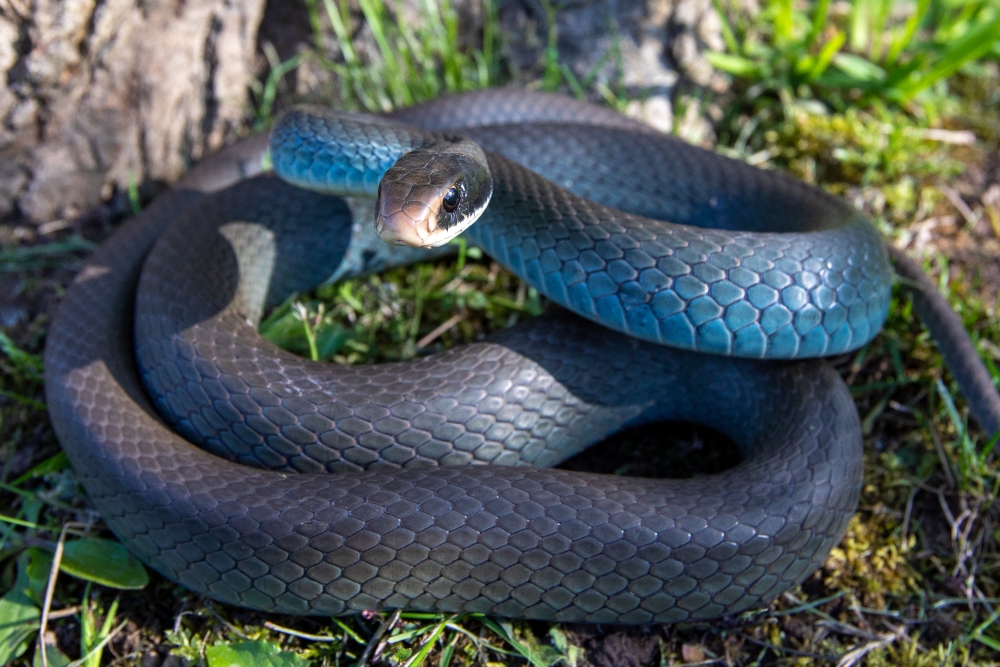 Blue racers are Ontario's most endangered snake. They are known for their distinctive blue-grey colour and their impressive speed. (Photo: Ryan Wolfe)

In Canada, blue racers can only be found on Pelee Island in Lake Erie. Before 1983 they were present in southwestern Ontario, but they’ve since been wiped out from the mainland.

In the early 2000s researchers found only around 200 blue racers left on Pelee Island, and thus, in all of Canada. Reasons for the decline include habitat loss, persecution by humans and road mortality.

It should be noted that blue racers are still common in some northern U.S. states. But their endangered status in Canada means researchers like Wolfe are taking it upon themselves to understand a species often overlooked south of the border.

Blue racer adults are recognizable by their blue-grey colour. They are non-venomous and can reach up to two metres in length, making them the second largest snake in Ontario after the gray ratsnake.

And, according to Wolfe, they have a lot of personality.

“Some of them have attitude and some of them are very relaxed,” he says. “They're very smart snakes. They’re inquisitive. You can see that something's going on in their brain.”

Wolfe’s work is twofold. First, he is conducting a new population estimate, the first one in about 20 years. To do so, his team goes out to catch the snakes in the spring and fall, which isn’t easy given their impressive speed.

Once the snakes are caught, they’re weighed, measured and microchipped before being released. When the work is complete, he’ll have a good idea of how many racers are still on the island, which will help to define future objectives for conservationists.

The second part of Wolfe’s research is focused on best management practices for habitat restoration.

The racers rely on open spaces — like prairies, savannahs and alvars — with lots of sunlight to help regulate their body temperatures. Unmanaged forest growth can encroach on these spaces.

So Wolfe is investigating how to best maintain and create open-canopy habitats, whether by prescribed burn or by mechanical removal of trees. Basically, he wants to know which option leaves behind a better habitat for the racers so conservation-minded landowners can act accordingly. 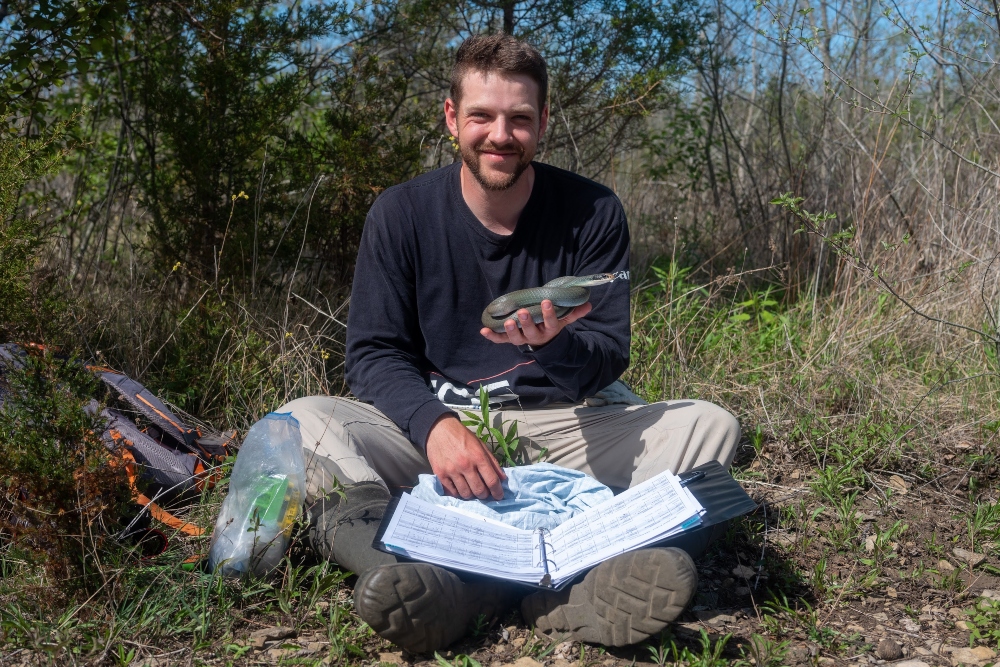 Wolfe is also quick to note that his project is just one piece of a larger conservation effort in concert with groups like Natural Resource Solutions Incorporated, Wildlife Preservation Canada, and Ontario Nature also present on the island.

And it seems the conservation effort is paying off.

Without revealing specific numbers, Wolfe says the survival of the blue racer is likely to be a success story.

“We're potentially looking at a population around the same or maybe even more than what it was 20 years ago,” he says.

“We were worried about the blue racers being really low in numbers. There were predictions from the past researchers saying that they could be gone from Pelee Island by 2025.