Q&A: Ottawa’s Clare Stone on her journey to becoming an ocean conservation leader

Stone was one of the 160 young Canadians selected for the 2020 Ocean Bridge program, a program that empowers young professionals to serve their community through the lens of ocean and waterway conservation
By Samantha Pope
June 10, 2020

When young people who are passionate about protecting the oceans are brought together, change can happen — especially when they are given an opportunity to educate and engage others on how to leave behind a small ecological footprint.

Ottawa’s own Clare Stone, 29, is one of 160 young people selected for the 2020 Ocean Bridge program. The program aims to engage and empower a diverse group of young Canadian professionals between the ages of 18 and 30 to become ocean leaders in their communities. As an initiative funded by Ocean Wise and the Canada Service Corps through the Government of Canada, the year-long program enables youth to complete various service projects designed to teach people about ocean and waterway conservation.

Originally from Phnom Penh, Cambodia, Stone is a graduate of the Environmental Studies program at Algonquin College in Ottawa and is currently an Ecosystem Management Technician student at Fleming College in Peterborough, Ont. Canadian Geographic spoke to Stone about her role as youth Ocean Ambassador in the Ocean Bridge program, what she has learned so far and what she hopes to do moving forward.

I have always been interested in the oceans, specifically sharks. I remember I went to watch an IMAX movie about sharks at a museum with my dad when I was five years old. Because I was so young and small, the staff were worried I would be really scared by the sharks. Instead, I came out really happy and excited. I think that was the age when my passion for the ocean started.

Then, last summer, I did a three month placement with the Canadian Conservation Corps at the Ucluelet Aquarium in British Columbia. I learned so much about ocean conservation and marine vertebrates and environmental issues like plastic pollution. This passion drove me to apply to the Ocean Bridge program, for which I ended up being chosen.

On her role as Ocean Ambassador

As an Ocean Ambassador, there is lots of volunteering that I do to engage my community in ocean and waterway conservation. For example, as part of global Oceans Week, I will be hosting a virtual screening party event on June 13th of the movie A Plastic Ocean. I’m also wanting to plan an uplifting webinar in July highlighting affordable tips on how to live plastic-free. Giving people these little tips and steps can contribute to protecting our oceans and conserving our waterways, and can inform people how to change their consumption habits.

Stone is hosting a virtual screening party event on June 13 at 7 p.m of A Plastic Ocean, which David Attenborough has called “one of the most important films of our time.” (Photo: Ocean Bridge)

On the public engagement projects she hopes to pursue

The other day, while at Ottawa’s Westboro Beach, I found three nurdles, which are tiny plastics used in manufacturing. They are so small and light that they can be easily swept into waterways by the wind, before breaking apart into even smaller pieces. Birds and fish can accidentally consume them, which is harmful for them. These nurdles are just detrimental to the environment in so many ways.

Through a future project, I hope I can raise awareness about these nurdles because not many people are familiar with them or what they are. While at my placement in Ucluelet, I did some microplastic surveys which taught me a lot about their effects in the ocean. So, I really want to create a conversation around that. 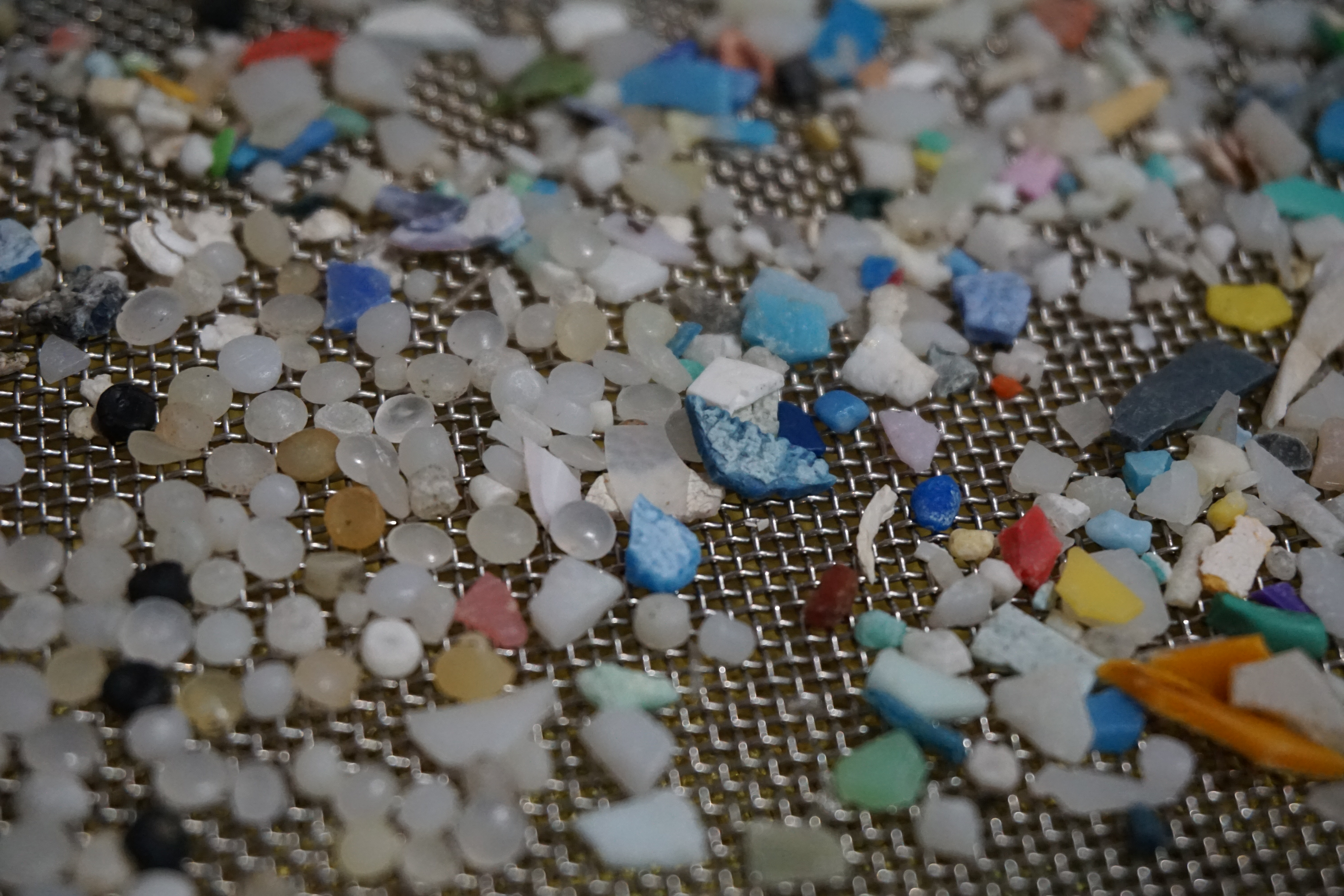 Nurdles are small pieces of plastic about the size of a lentil, originating from the plastic used in manufacturing processes. (Photo: Clare Stone)

Young people are really going to be making the environmental decisions for future generations. Nowadays, there are many social media influencers on Instagram and YouTube, but I don’t think there are enough young environmental influencers. However, I find the natural love that youth have for the natural world is inspiring.

For example, last summer I got to work with children at a summer camp in Vancouver after my placement in Ucluelet. One day, we were talking about plastic pollution and ocean issues, and these kids almost knew more than me. It was amazing to see how passionate they are and I think there is so much potential in engaging young people.

On her hopes for the future

For me, I’m hoping this program creates a bridge from the city to the ocean. I’m a city girl from Ottawa, but developing that connection with the ocean and ocean issues is so vital. I want to make people realize that we may not live on the coast of Canada, but we are really dependent on the ocean because all our waterways are connected. So being able to teach my community about ways to protect and conserve the ocean through this role is so important to me.