The 29,040-square-kilometre swath of boreal forest on the Manitoba-Ontario border is the first World Heritage Site in Canada to be recognized for both its cultural and natural significance
By Michela Rosano
July 6, 2018

Pimachiowin Aki means “the land that gives life” in Anishinaabemowin (Ojibwe). Now, thanks to its new UNESCO World Heritage Site designation, announced on Canada Day at a meeting in Bahrain, the 29,040-square-kilometre swath of boreal forest east of Lake Winnipeg on the Manitoba-Ontario border can continue to give life for years to come.

More than five times the size of Prince Edward Island, Pimachiowin Aki is comprises the traditional territory of four Anishinaabe First Nations — Bloodvein River, Little Grand Rapids, Pauingassi and Poplar River — and has served as the cultural landscape for Indigenous Peoples for 7,000 years. The area also includes Atikaki and South Atikaki Provincial Parks, Woodland Caribou Provincial Park and Eagle-Snowshoe Conservation Reserve, and protects habitat for the threatened woodland caribou, the chestnut lamprey (a species of special concern) and countless other species. It’s Canada’s first UNESCO World Heritage site to be so designated for both its cultural and natural heritage, and one of only three such “mixed” sites worldwide. 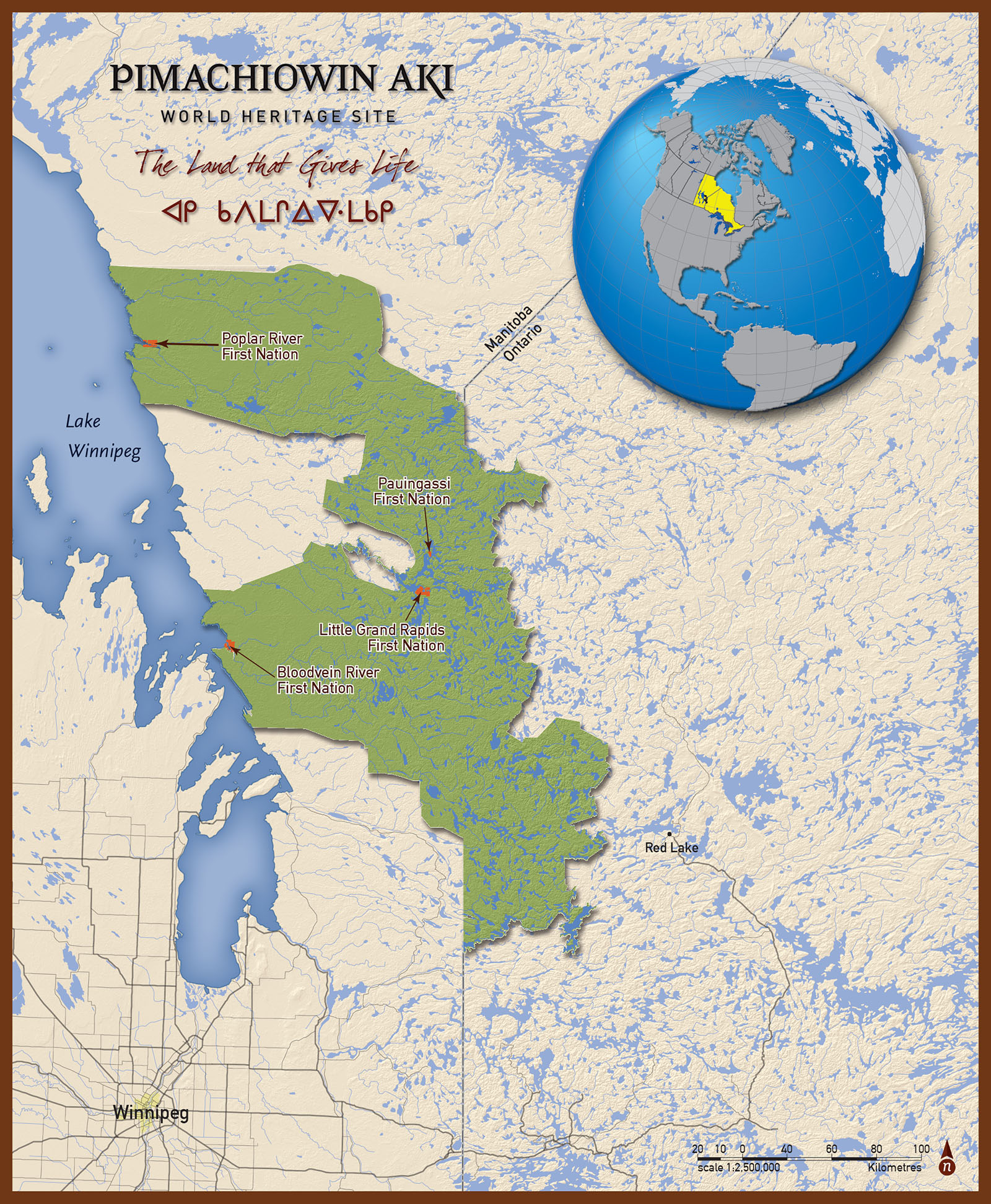 Getting UNESCO’s recognition hasn’t been easy. For almost 20 years, the First Nations communities in the region have worked with the provincial governments of Manitoba and Ontario, with the guidance of the federal government, to get Pimachiowin Aki inscribed on UNESCO’s list, ensuring future protection from development and boosting tourism. The Manitoba government invested $15 million dollars and Ontario invested about $1 million to support the site’s nomination to UNESCO’s World Heritage Committee three times. After the first nomination in 2012, UNESCO asked for more information as to what made the site special, while the second attempt, in 2016, saw one of the five First Nations originally involved in the bid, Pikangikum First Nation, drop out. As it turns out, the third time’s the charm.

William Young of Bloodvein First Nation, co-chair of the Pimachiowin Aki Corporation, said the decision “allows us to move ahead with our vision for Pimachiowin Aki as a place celebrated for its cultural and natural values, to sustain and support our heritage, and create benefits within and beyond our communities. We sincerely thank everyone who has supported this initiative.”