At 7,630 km², Algonquin Provincial Park is one of the largest provincial parks in the country – it's even bigger than Prince Edward Island. All that space makes the park a sanctuary for diverse wildlife and the people who love to watch them. Of the animals that call the park home, there are 40 different mammals, over 30 kinds of reptiles and amphibians, and more than 130 breeding birds, many of which are easily viewed from the Highway 60 Corridor.

In the autumn of 2016, Canadian Geographic sent photographer (and Can Geo Photo Club member) Megan Lorenz into the park to capture a bit of what makes Algonquin Provincial Park so special. Her photos appear in the January/February 2017 issue of Canadian Geographic alongside an essay by Roy MacGregor.

Here, Lorenz talks about what it was like to go on assignment for the magazine and shares advice for novice photographers.

We picked a bad time to go. There was a hurricane warning. I had a tree come down on my tent in the middle of night. I was inside the tent and I heard the crack and automatically went to protect myself and it came right down on me. It’s always a good idea to be prepared; luckily I had duct tape, which fixes everything.

As far as the assignment, it was a really good thing for me. I tend to get stuck into one particular style and I tend to go for the same subjects that I’m passionate about. So this gave me an opportunity to go and explore different things I hadn’t done before. Different trails, different animals. It was nice to focus and think about the landscapes more.

It’s always a little bit difficult in Algonquin because it is so large. Going on a single trail can take up a good chunk of the day. For the landscapes you don’t even have to be on the trail; a bunch of mine were taken right on Highway 60. Some were off on the trails, but the shorter trails. It's about knowing where to be, and pure luck.

Sometimes it’s difficult. I was out shooting recently when it was -25. Those days are really tough. I just have to keep the final goal in mind: getting a photo I haven’t been able to capture before. There’s some photos I've been chasing for four or five years. But other than the rain and tornado it wasn't too bad when I was in Algonquin.

On her favourite photo from the assignment

Funnily enough it would be the Muskoka chair. That was just a really nice peaceful moment. After taking the photo I was able to just relax and take in the view. Sometimes when you're on assignment you don’t always get a chance to do that. 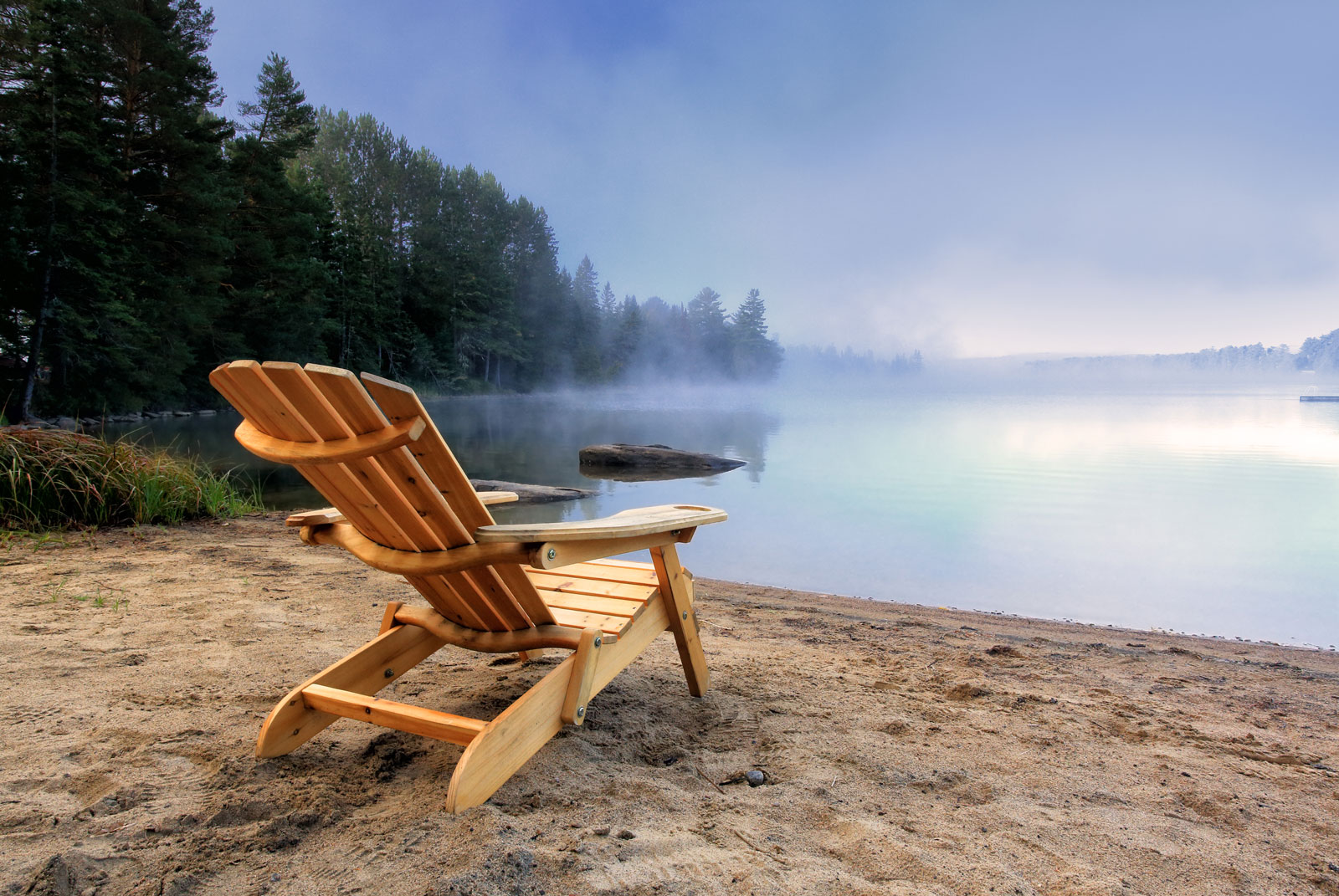 On her passion for conservation photography

With photography, if you’re able to get it out to a large audience and share that with other people, that's good. People will only protect things that they’re passionate about and the things they know personally. The more you can get people out, the better. I’m also involved with some conservation groups through donations of my photography. Canadian Wildlife Federation is a big one.

I’d like to be able to make a bigger difference to some of the things that really matter to me. One of the things is the black bear hunt in the spring. That’s just been brought back in the past few years. That’s one of those things that I passionately feel shouldn’t be happening. 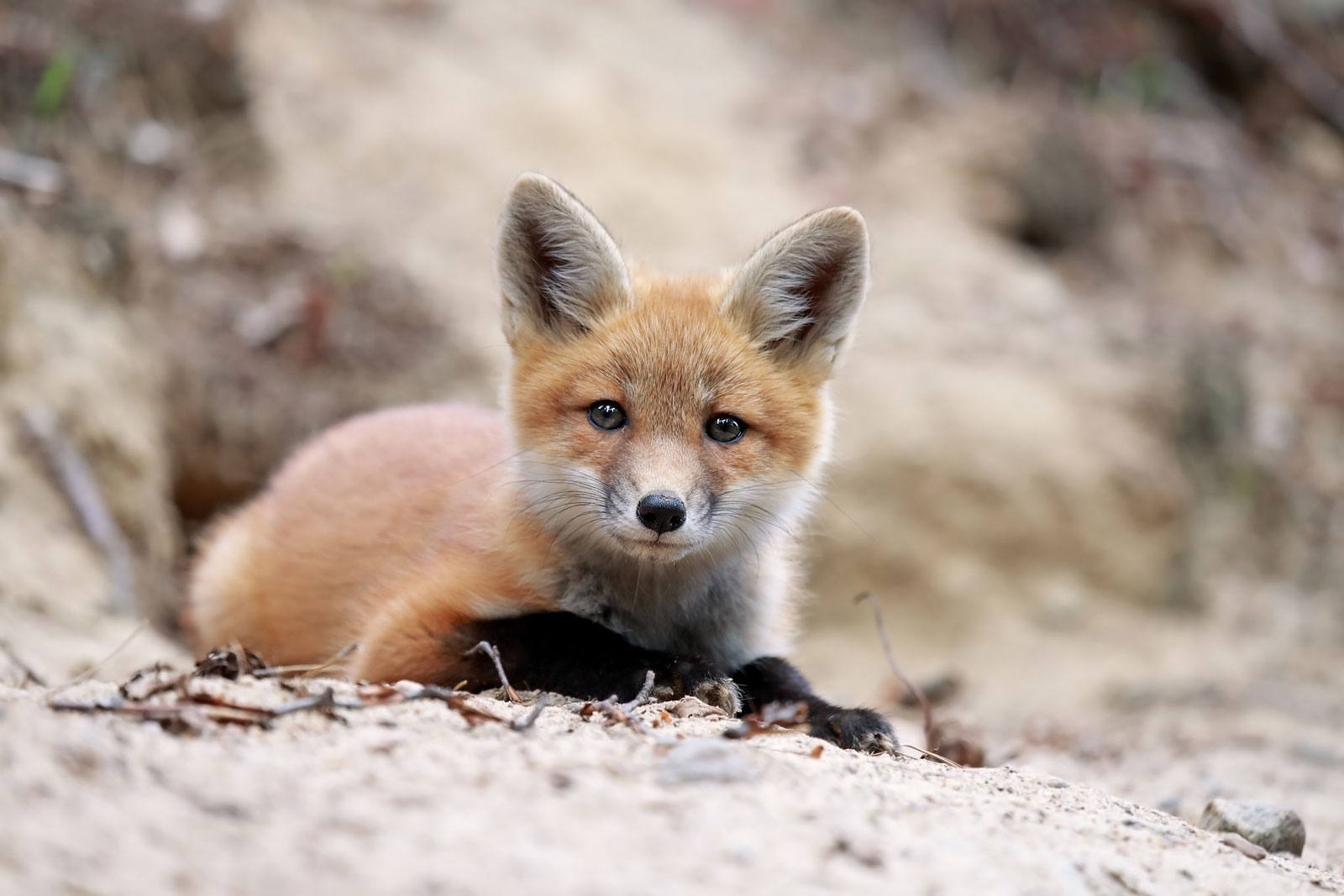 On advice for novice photographers

Getting into professional photography is very challenging. There’s a lot of competition, and not just among professionals but also even among amateurs with good equipment. So I'd say that initially it’s important to just enjoy what you do. Go out and enjoy being out, for the love of photography and for the love of wildlife. You’re going to miss all the shots you’re not there to take.

See more of Lorenz's photos from Algonquin below. 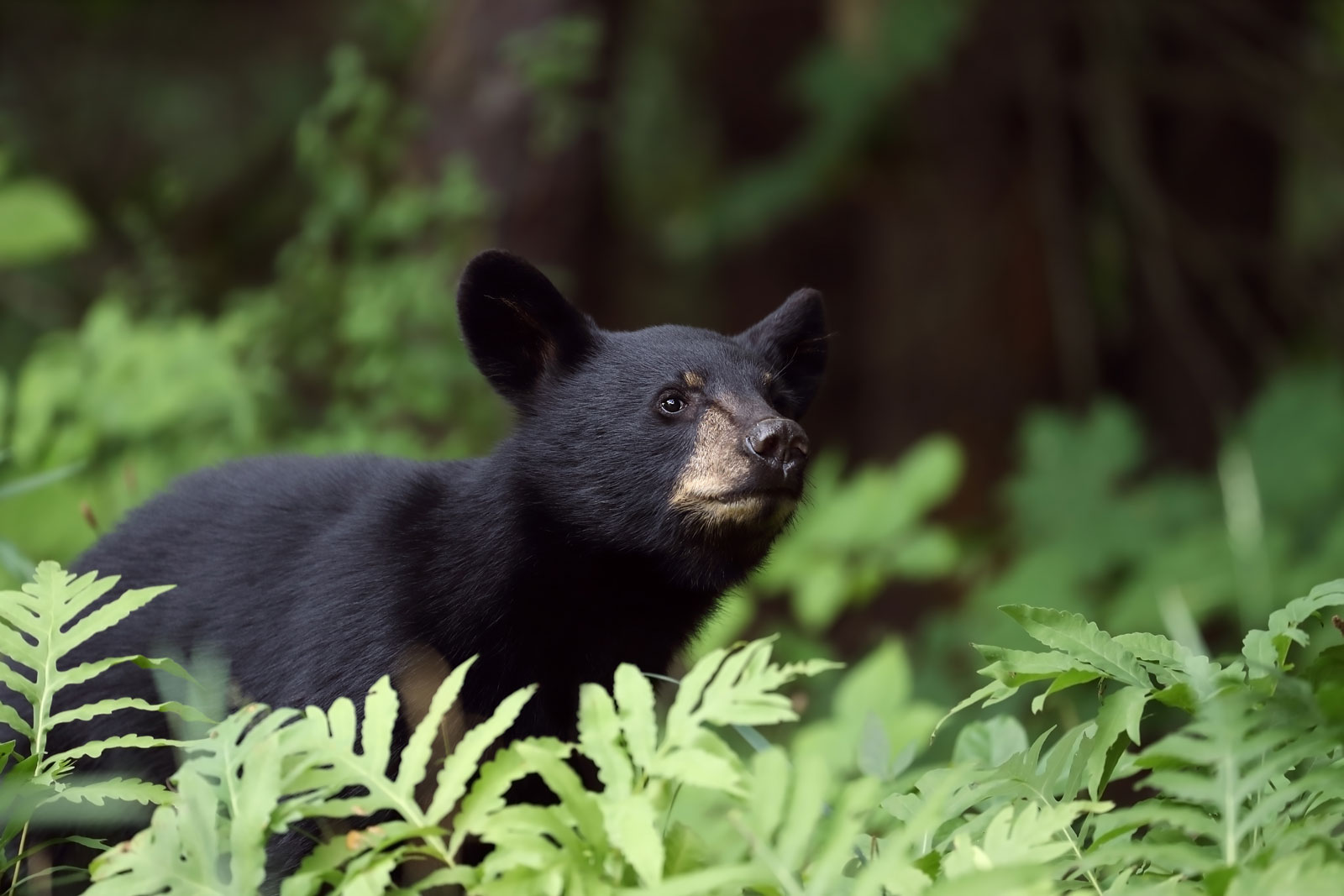 A black bear cub. Bears are a common sight in Algonquin making it very important to keep a clean campsite and following the rules which are there to keep you - and the bears - safe. (Photo: Megan Lorenz/Canadian Geographic) 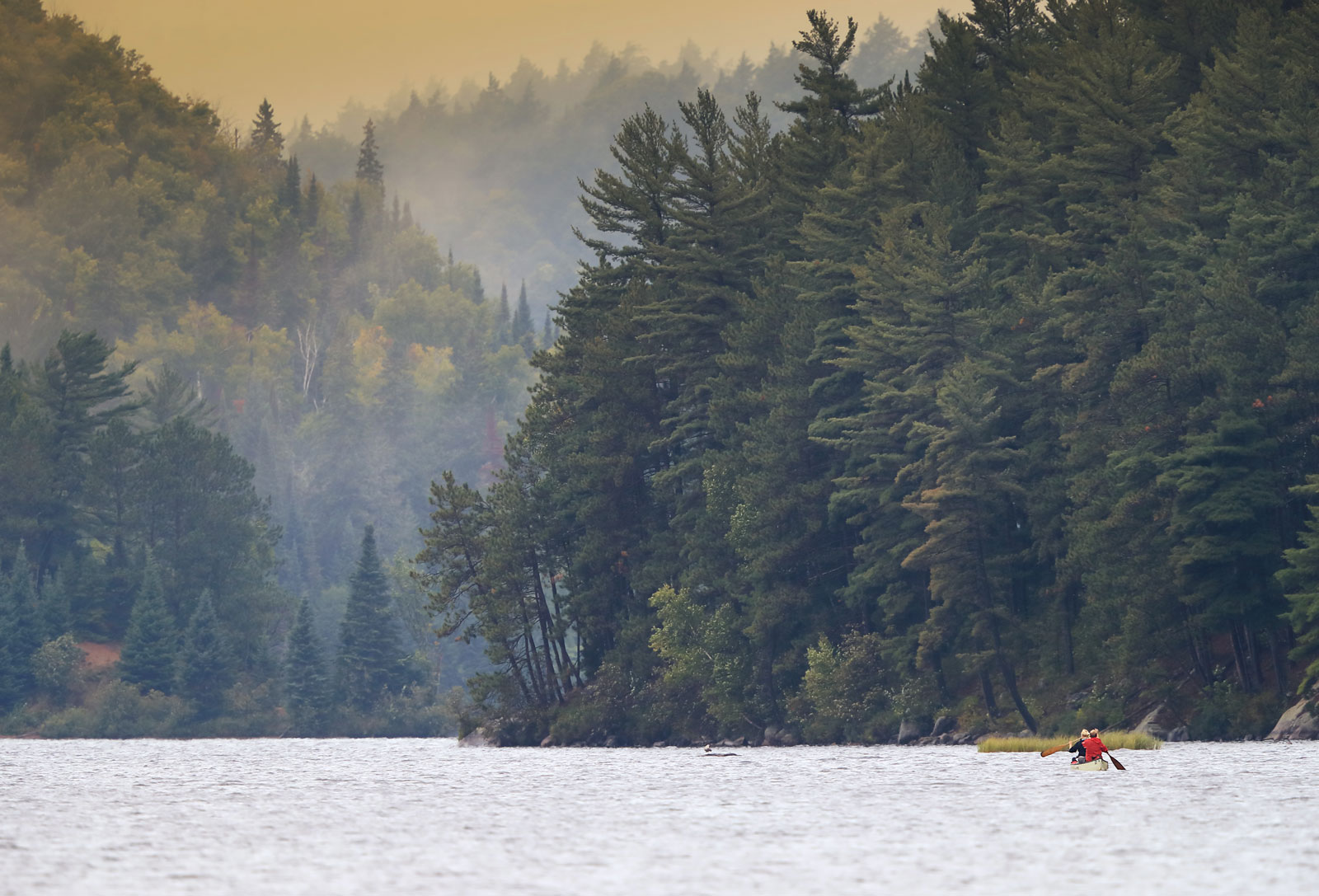 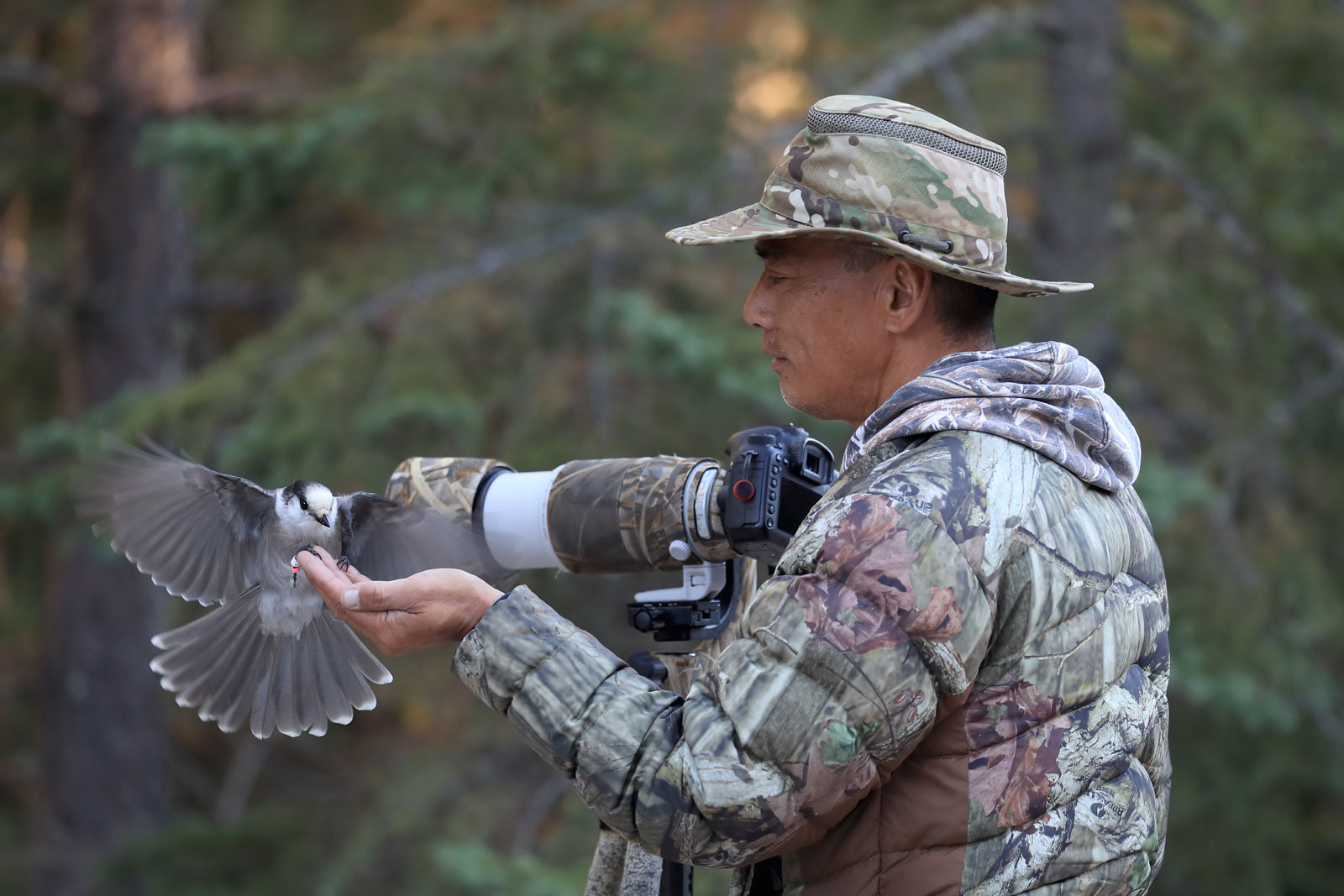 Is there any species more Canadian than the Gray Jay? On your visit to Algonquin you are sure to come across a curious Gray Jay who are happy to land on your hand for a close up look.  The Gray Jay Research in the park is one of the longest-running studies of a marked population of vertebrates anywhere in the world! (Photo: Megan Lorenz/Canadian Geographic) 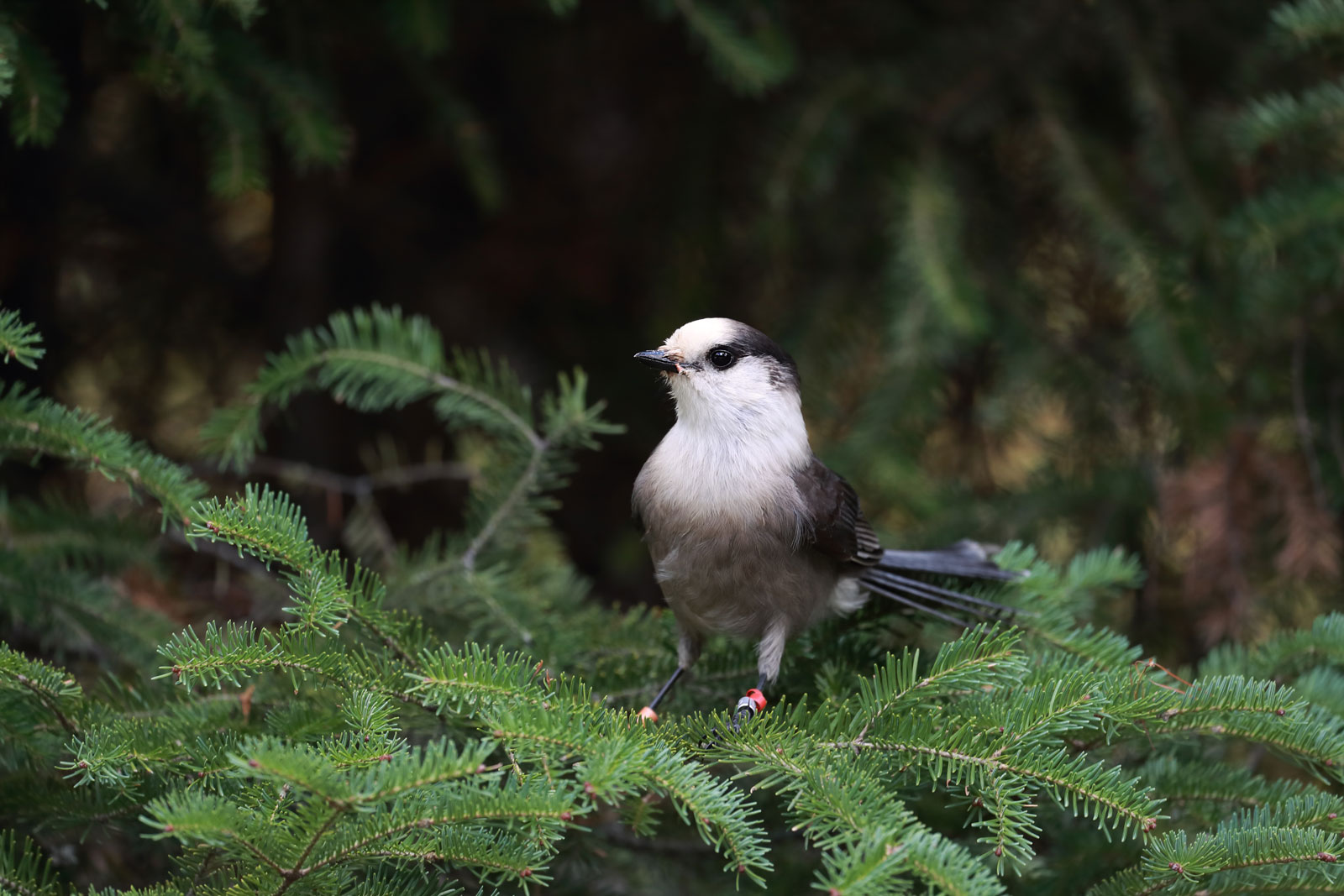 The best time to see Gray Jays is in the fall or winter because that is the time when they are most active in storing food and most likely to seek out people. (Photo: Megan Lorenz/Canadian Geographic) 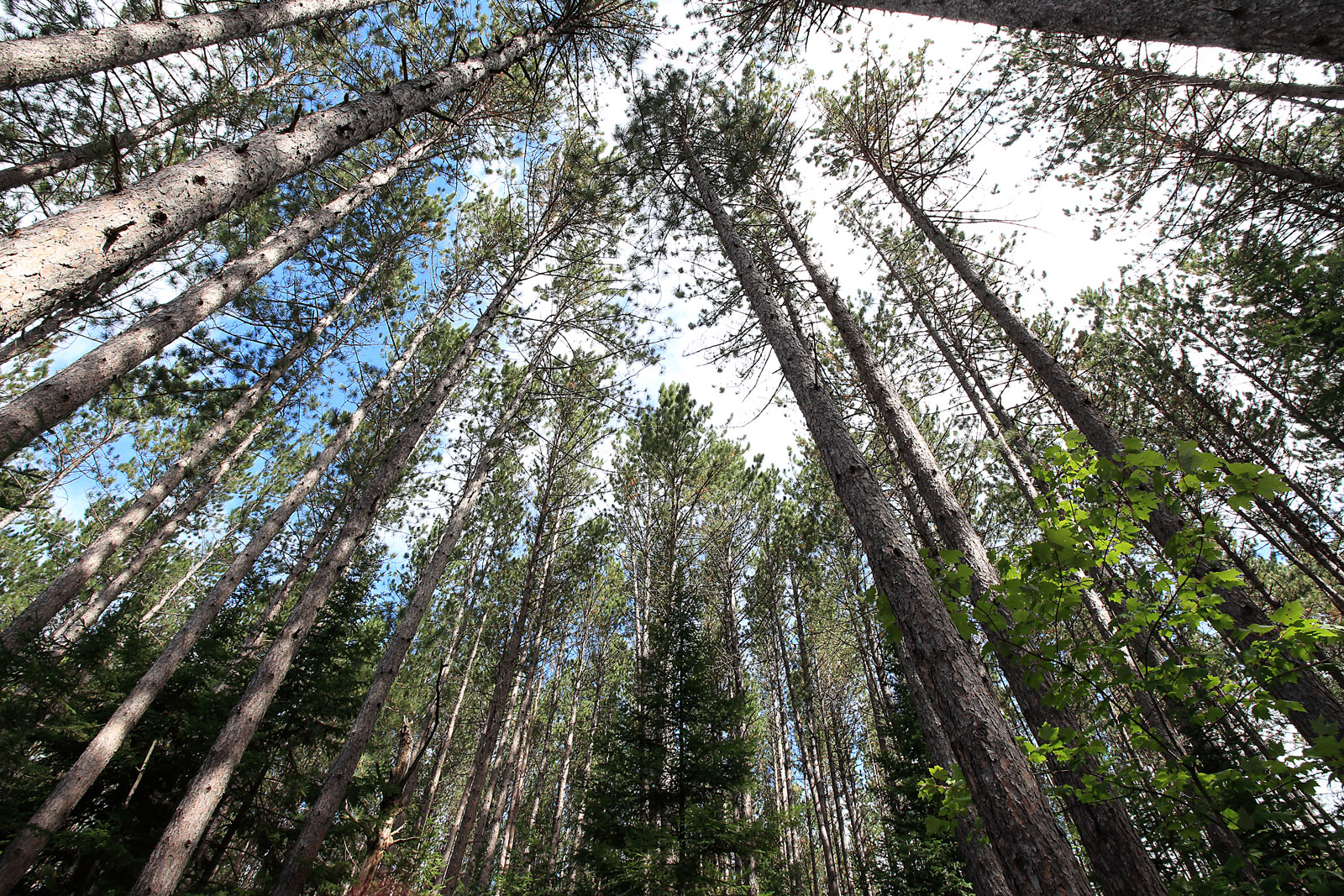 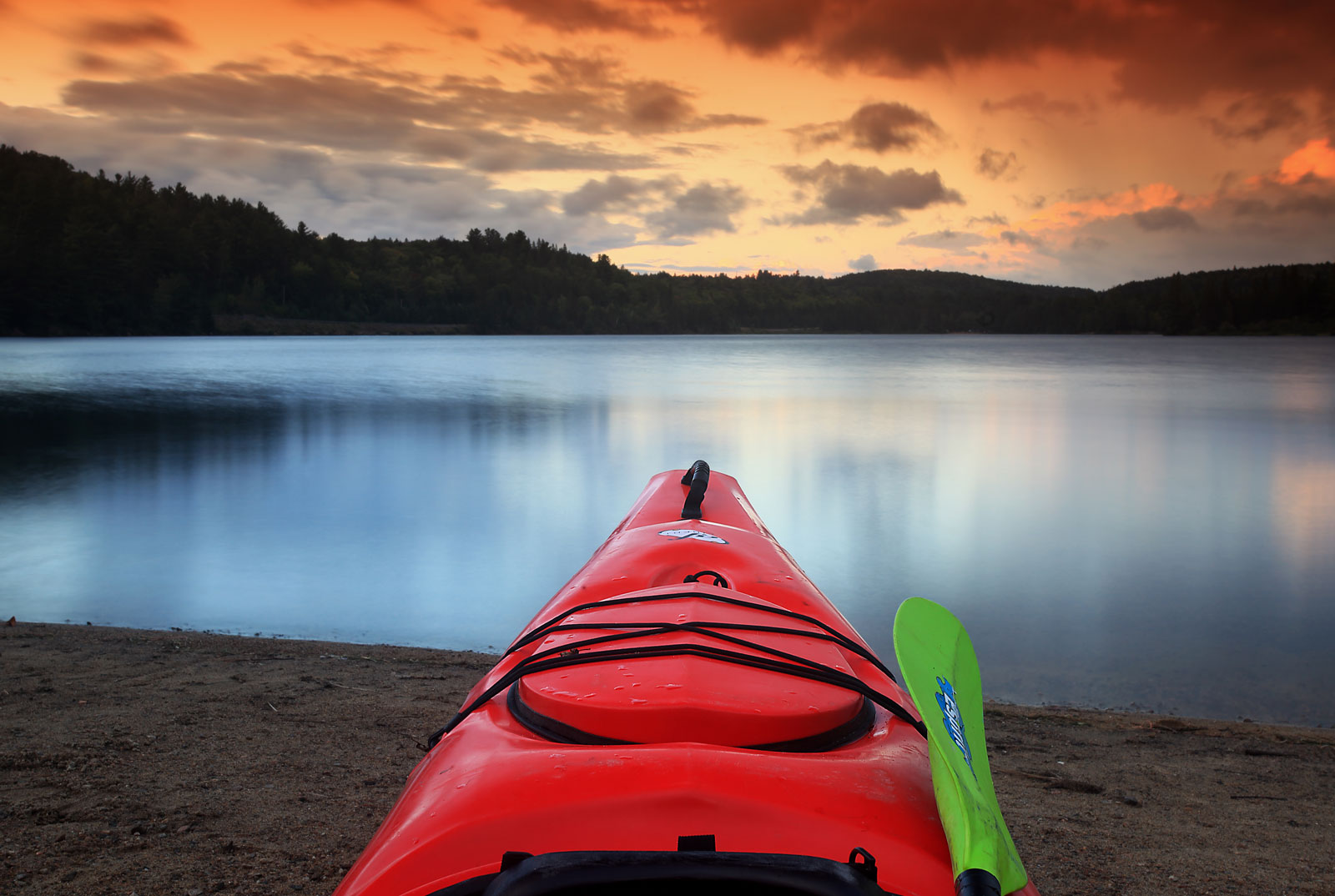 Kayak at the Two Rivers Beach.  Waiting for another day of exploration and adventure in the park. (Photo: Megan Lorenz/Canadian Geographic) 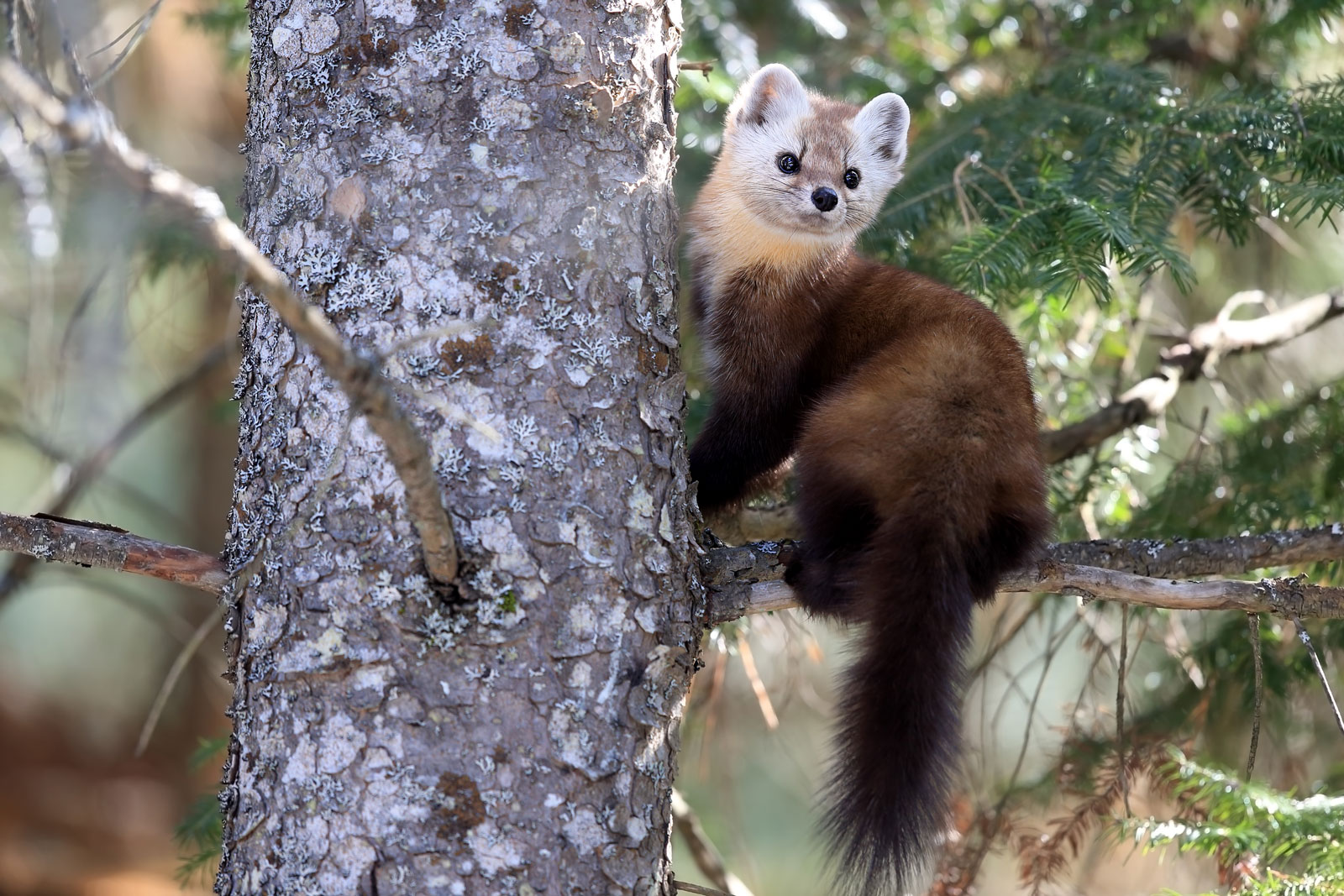 Pine Marten (American Marten) in Algonquin Provincial Park.  Pine Martens are in the park all year but are much easier to find in the winter.  Under normal conditions neither sex will allow another marten of the same sex in their home territory, although males will tolerate the presence of multiple females. An average male defends a territory of approximately 1-3 square miles. In the winter this may change due to available food sources. (Photo: Megan Lorenz/Canadian Geographic)