From September to November, grizzly bears gather in the mountainous Vuntut Gwitchin First Nation Traditional Territory to feast on salmon. As the temperature dips, their fur becomes coated in ice, creating an otherworldly look and spectacular photos.
By Michela Rosano
With photography by Michelle Valberg
September 7, 2017

Only the bubbling of the Fishing Branch River and the delicate jingling of ice on the fur of a nearby female grizzly bear can be heard in this spruce forest in northwestern Yukon’s Ni’iinlii Njik Ecological Reserve. There isn’t even a click of a camera shutter as the bear inspects a pair of awestruck photographers, poised on a ramshackle platform of snow and fish carcasses, before galloping into the shallow water to pull out a fat salmon.

She is one of up to 30 grizzlies — the largest congregation of the species this far north — that gorge on the chum salmon that flood the Fishing Branch River (or Ni’iinlii Njik, Gwich’in for “where fish spawn”) each year from September to November. The salmon are drawn from the Bering Sea to spawn in this 12-kilometre stretch of river, which remains open year-round thanks to a pockmarked karst topography that percolates just-above-freezing, oxygen-rich water from the gravel river bed. Water freezes on the bears’ fur starting in October when the mercury dips below -20 C, and for a few weeks they become “ice grizzlies.” 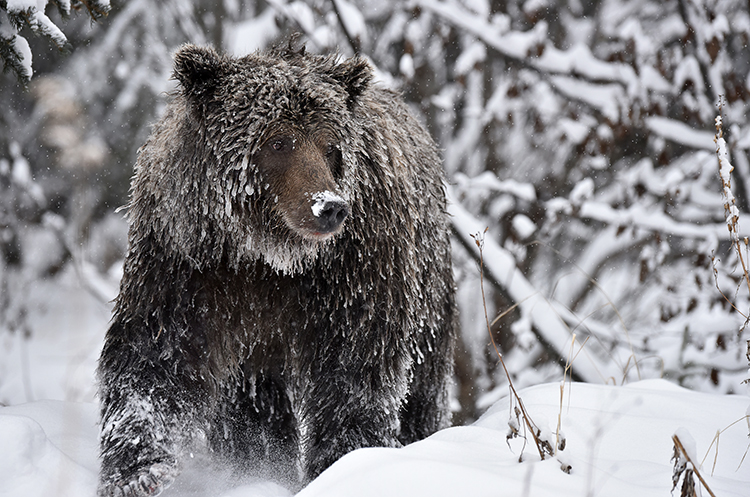 The reserve grants entry to just four visitors per day from September 1 to October 31 to protect the bears and their habitat. But for more than 10 years, guide Phil Timpany of Bear Cave Mountain Eco-Adventures has provided wildlife-viewing tours for handfuls of adventurous photographers.

By early November, the spectacle is over. The sun hovers close to the horizon, the visitors are gone, and the salmon, having laid their eggs, are dead. Fattened grizzlies, heavy with ice and fish, meander up the slopes of craggy Bear Cave Mountain to their denning caves to bed down until spring. 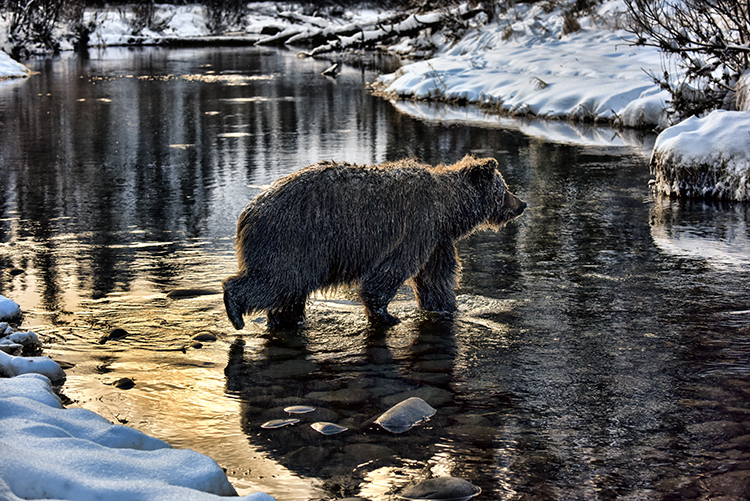 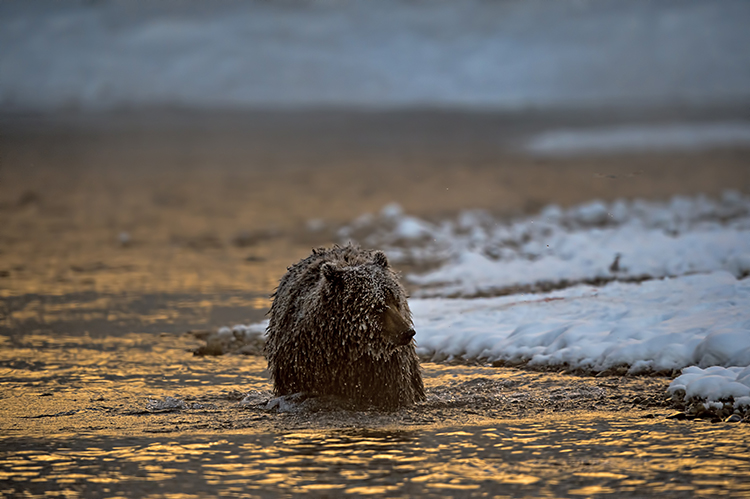 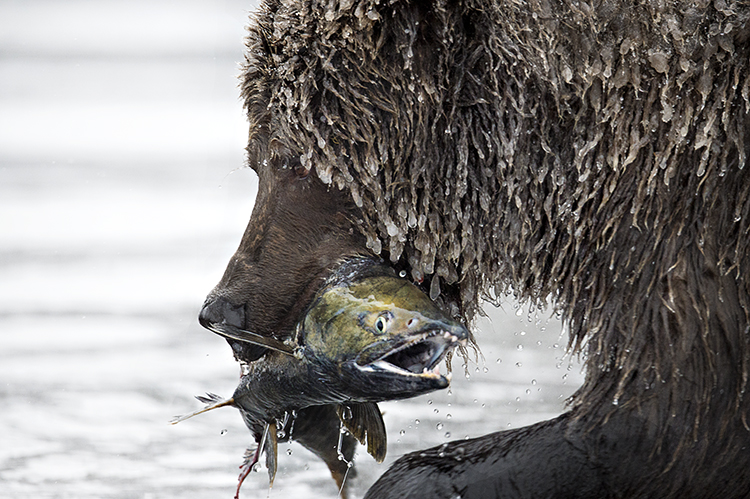 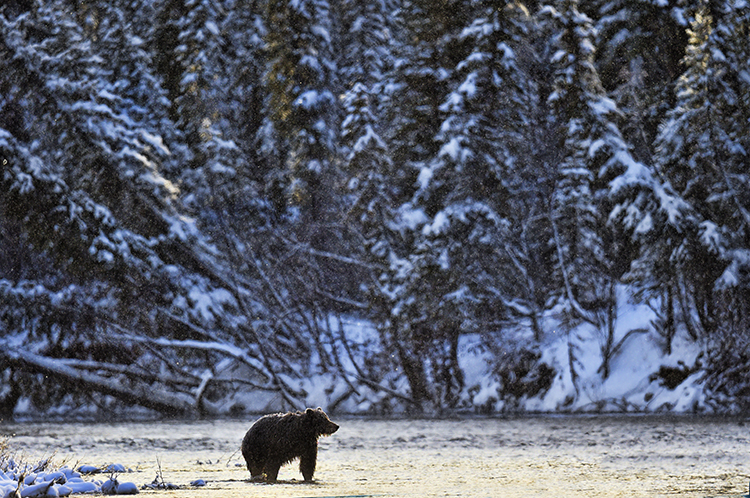 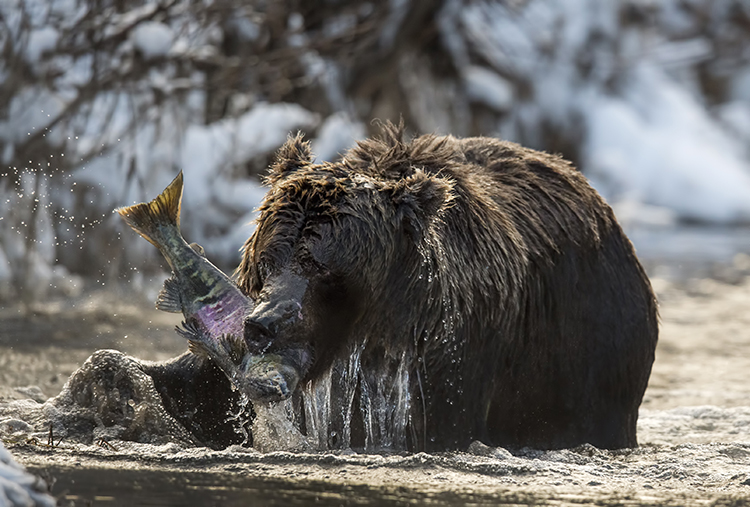 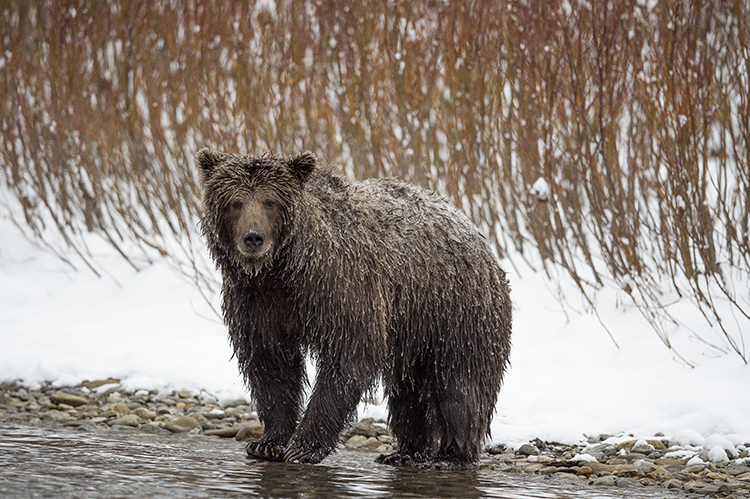 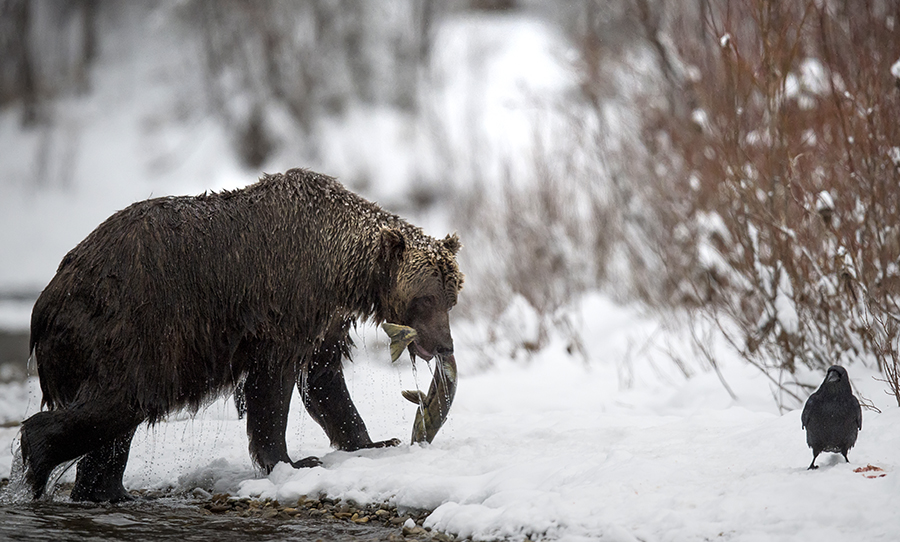 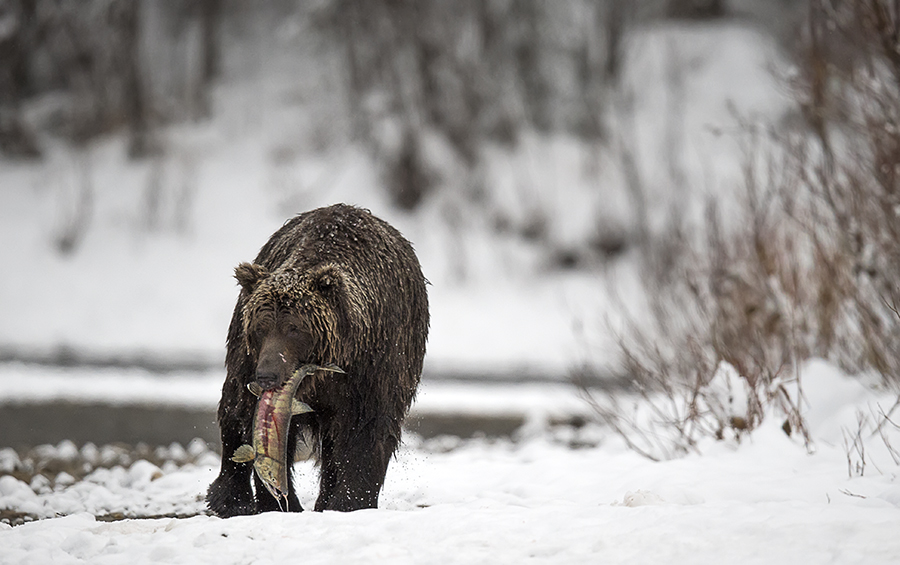 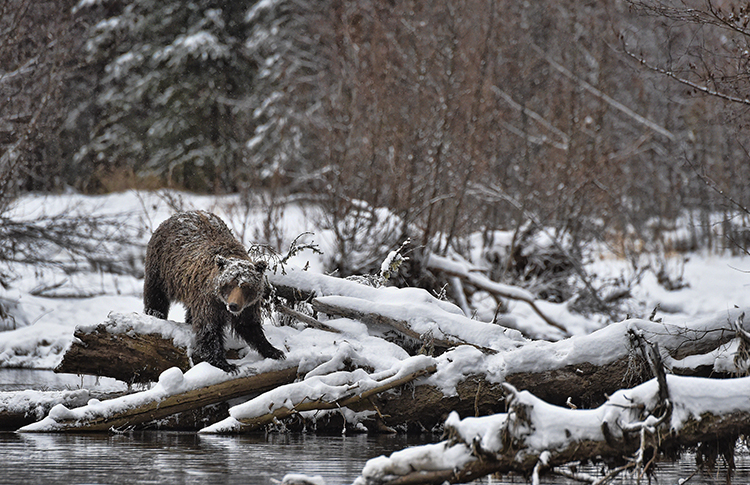