From floods to fires, drought to coastal erosion, climate change is already having an impact on Canada's communities, landscapes and wildlife
By Michela Rosano
July 26, 2018

The Bow and Elbow rivers filled areas of downtown Calgary with more than two metres of water in June 2013. The flood, which spread across southern Alberta, was the worst the city had seen since 1932 and the costliest natural disaster in Canadian history.

In May 2016, a wildfire ignited in the parched boreal forest southwest of Fort McMurray, Alta., and blazed through the community, driving 88,000 people from their homes. It was the largest wildfire evacuation in the province’s history.

Since the 1950s, Inuit Elders in communities along Hudson Bay have observed increasing numbers of orcas, which now seem to be competing with polar bears for the top spot in the food chain in this region of the Arctic.

As the planet continues to warm from the surge of heat-trapping emissions — mainly carbon dioxide, methane, nitrous oxide and hydrofluorocarbons — pumped into the atmosphere since the Industrial Revolution, climate scientists say events such as these will only become more frequent and widespread.

“With climate change, you tend to get these runaway or snowball effects, where you have an initial change in the climate system, then the impacts become greater and greater,” says Matthew Peros, an associate professor at Bishop’s University who holds a Canada Research Chair in Climate and Environmental Change, citing melting sea ice and thawing permafrost as examples. “It’s not just climate change itself. It’s the combined effects of human impacts, such as deforestation, and natural processes, such as diseases on forests, which can become that much more severe because of the effects of climate change.”

According to the 2013 Fifth Assessment Report of the UN Intergovernmental Panel on Climate Change, irreversible changes to our planet’s atmosphere, water and ecology have already occurred. Peros, however, remains optimistic.

“We can still do something about it,” he says. “If we act decisively now, both locally and globally, a lot can be done. It’s not just a problem that’s happening ‘over there.’ It’s happening here [in Canada].”

The following images offer a glimpse at how climate change is already transforming Canada.

The super flood that washed across the southern quarter of Alberta and heaved through downtown Calgary, shown here at Stampede Park, in June 2013 caused an estimated $6 billion in damages and displaced about 100,000 people. Water filled Stampede Park’s Saddledome stadium up to the 10th row, more than two dozen towns in the province declared states of emergency and four people died. The spring melting of an exceptionally heavy snowpack in the Rockies soaked southern Alberta’s watersheds, while three days of torrential rainfall exacerbated the problem. Seasonal flooding is a natural phenomenon that occurs across the country, but changing precipitation patterns and rising sea levels mean devastating floods such as this are becoming more common. 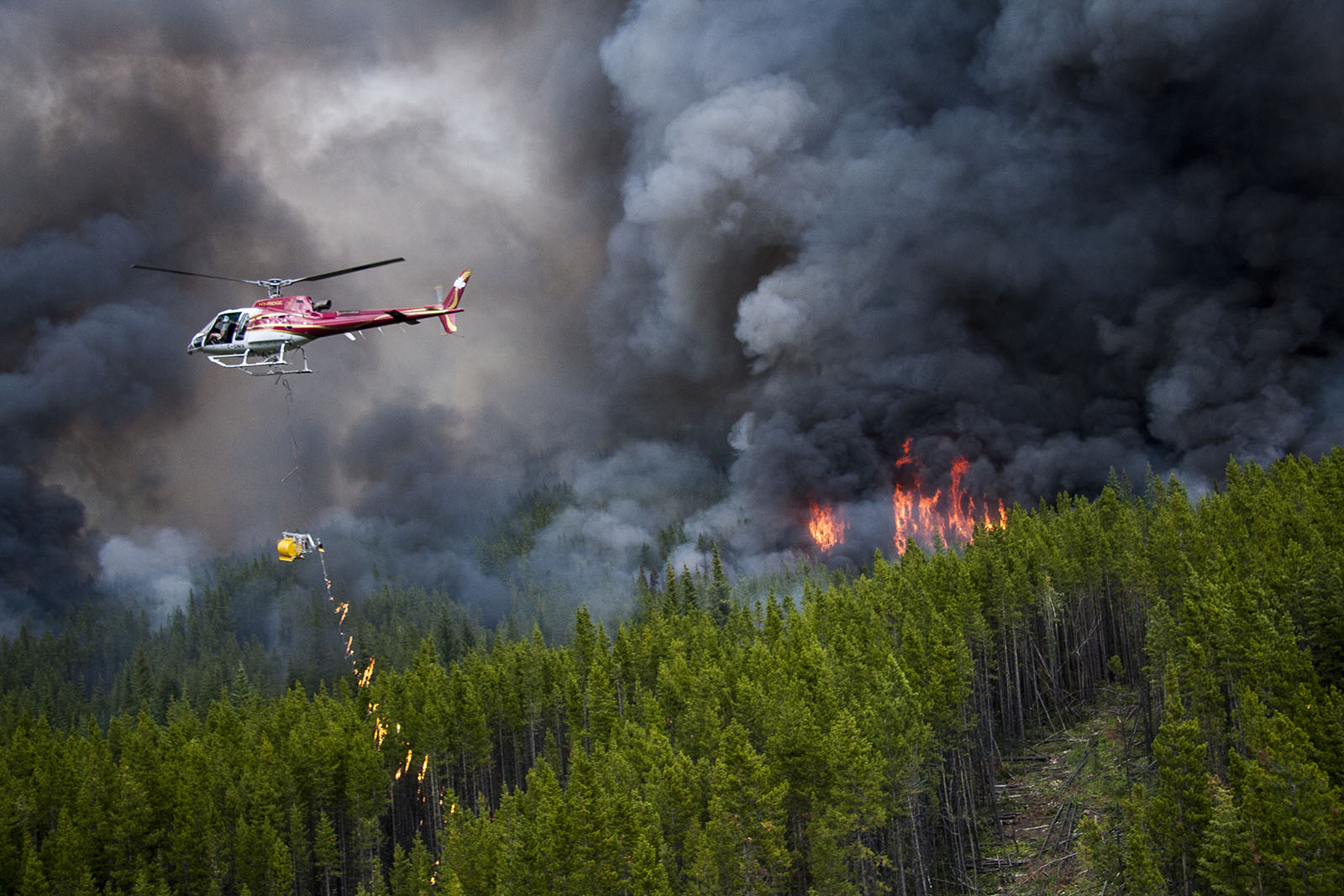 A helicopter uses a drip torch to light a controlled burn on a mountainside near Alberta's Kananaskis Village in 2011. The prescribed burn, which took years of planning, was aimed at reducing the overall fuel load of the forest to lessen the likelihood and severity of a future forest fire, and to create a buffer zone near the village. While scientists aren’t completely sure about how climate change affects forest fires, research shows that the area burned by fire in Canada’s northern boreal forest has steadily increased over the second half of the 20th century. According to Natural Resources Canada, the factors that cause or contribute to forest fires — lightning, low moisture levels, high temperatures, low precipitation and certain types of vegetation — are expected to increase, and the boreal forest, which covers more than half of Canada’s land mass, will likely be the most affected.

What we once thought we knew about water patterns in Canada’s Prairies is no longer true in the face of climate change. For instance, earlier-than-usual snowpack melt in the mountains means less spring runoff for Prairie watersheds. Add to that hotter temperatures, less precipitation and greater demands on watersheds from agriculture and industry, and this perfect storm of drought-causing factors is expected to increasingly plague the Prairies, like this field in St. Jean Baptiste, Man.

Few species have made more headlines lately than the North Atlantic right whale, shown here in the Bay of Fundy, off New Brunswick’s coast. Increased fishing traffic in the whales’ northeastern range (which has caused many to become entangled in fishing gear or be struck by ships) combined with ocean acidification that stresses the marine ecosystem, means this species is on the brink of extinction. Elsewhere across the country, changes in weather patterns brought on by climate change — such as drought in some places and greater precipitation in others — will surely affect other wildlife, but those impacts will manifest differently depending on the species and its habitat. However, scientists are certain that species already considered threatened or in danger of extinction in the North, where sea ice and permafrost are declining dramatically, will be especially affected.

In late February 2018, temperatures at the North Pole reached an unprecedented 2 C — 30 degrees above normal. The cause? An intense storm had injected a wave of heat into the Greenland Sea that trickled throughout the Arctic. Since 1980, Arctic warming events such as this have been happening more often, and with greater intensity and duration. This is tied to the retreat and thinning of sea ice, shown here, which exposes open water and releases heat into the atmosphere. For more than a decade, ships have easily navigated the once famously ice-infested southern route of the Northwest Passage, which is now ice-free in the summer. Experts estimate that by 2040, Arctic summers will be completely ice-free if greenhouse gases continue to build at their current rate. 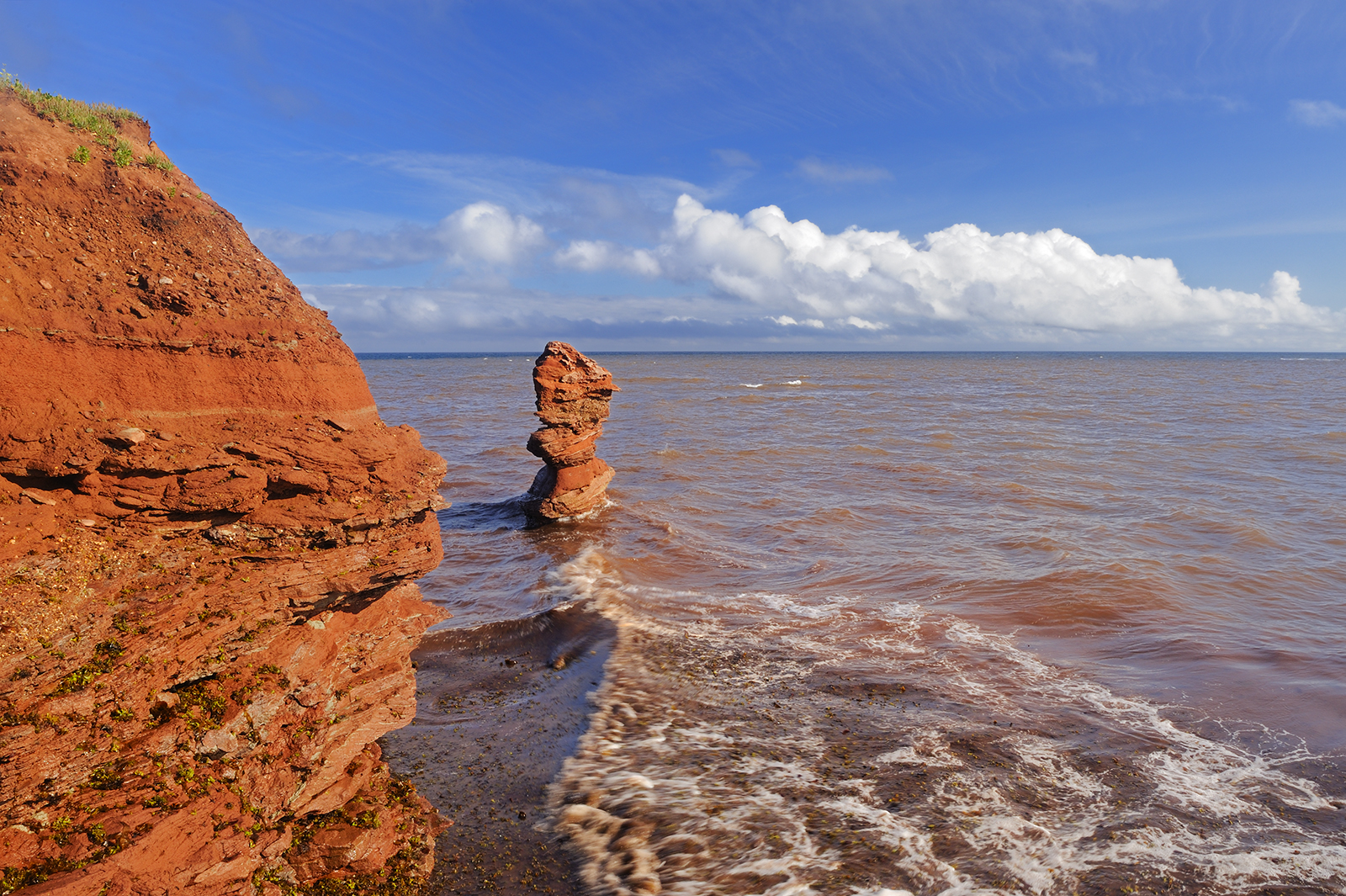 Over the last century or so, Lennox Island, a sandy-shored spit of land off the coast of Prince Edward Island, has lost almost 160 hectares of land from coastal erosion. In 50 years, climate scientists estimate half of Lennox Island could be underwater. P.E.I. itself, shown here at North Cape, has lost a staggering 2,000 hectares of coastline since 1968. Larger, more intense and more frequent storms, a symptom of climate change around the world, erode the soft sandstone shorelines of islands such as these, while rising sea levels swallow low-lying areas. 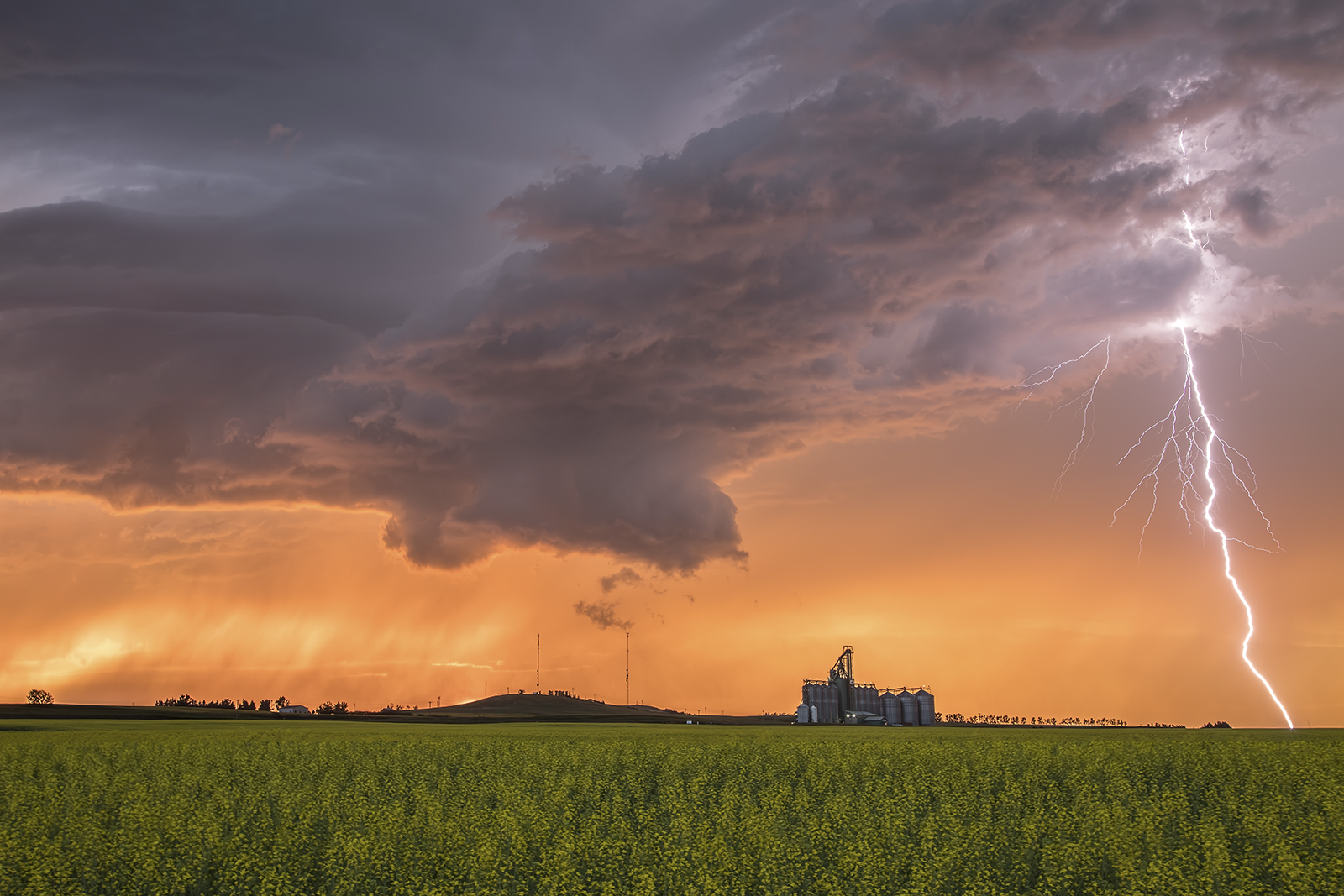 Last year was Canada’s eighth-warmest in 70 years, with temperatures across the country 1.4 C higher than average. At the same time, parts of the country experienced their worst weather in years, with temperature extremes and precipitation consistent with global warming expectations. British Columbia had its wettest spring followed by its driest summer to date, sparking the province’s worst recorded wildfire season. Hot temperatures and stormy weather plagued the rest of the West, shown here in Three Hills, Alta., with Calgary experiencing its hottest May-to-August period since 1881. Intense rain flooded Ontario and Quebec, the latter of which saw the most spring rain in 147 years, and blizzards hit Newfoundland in March, causing more damage than Hurricane Igor in 2010.

Read this and other climate and environment stories in the forthcoming November/December issue of Canadian Geographic, guest-edited by Environment and Climate Change Minister Catherine McKenna.