I’ve never heard someone say they hate maps. You may be indifferent to them, but the only other emotion they seem to elicit is appreciation. At Canadian Geographic, we pride ourselves on being the only Canadian media outlet with a full-time cartographer on staff (take a bow, Chris Brackley!). And we take full advantage of that every year by producing an amazing range of impactful cartography. Here are six of the best from 2018 (and see the best of 2017, 2016 and 2015, too).

Historical expeditions to locate the source of the Nile 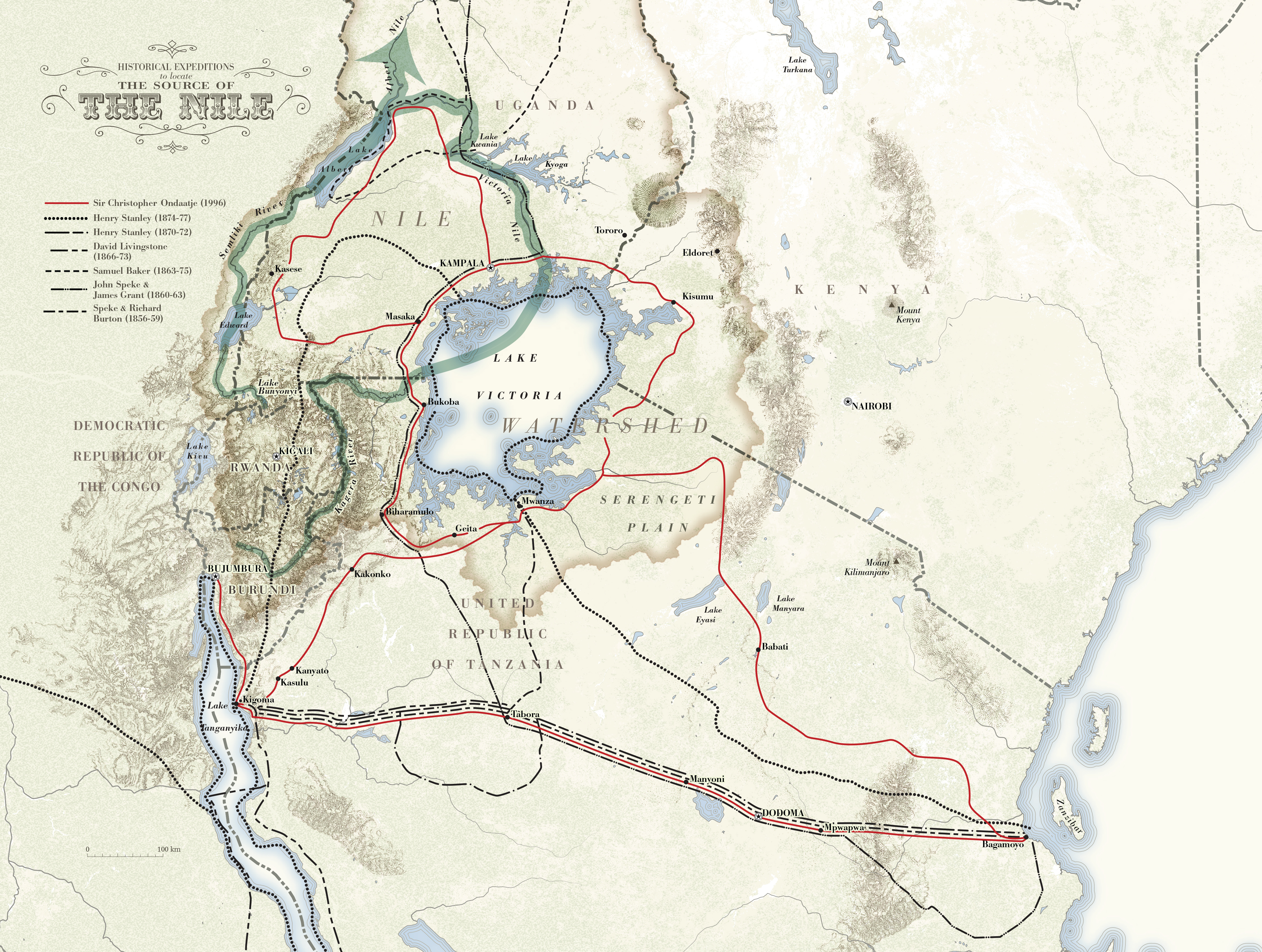 “Historical expeditions to locate the source of the Nile,” published in the March/April 2018 issue of Canadian Geographic. (Map: Chris Brackley/Can Geo)

This map has style. There’s a “golden age of exploration”-esque feel to this piece that accompanied a short feature story (“Tracing the Nile”) in the March/April 2018 issue by Sir Christopher Ondaatje, in which the renowned explorer reflected on the 160th anniversary of John Speke’s claim to have found the source of the world’s longest river. In addition to its compelling appearance, the map just begs to be explored, be it tracing the various routes explorers had taken to find the river’s source, reflecting on the area’s topography/hydrography or even considering the cities and nations it encompasses. 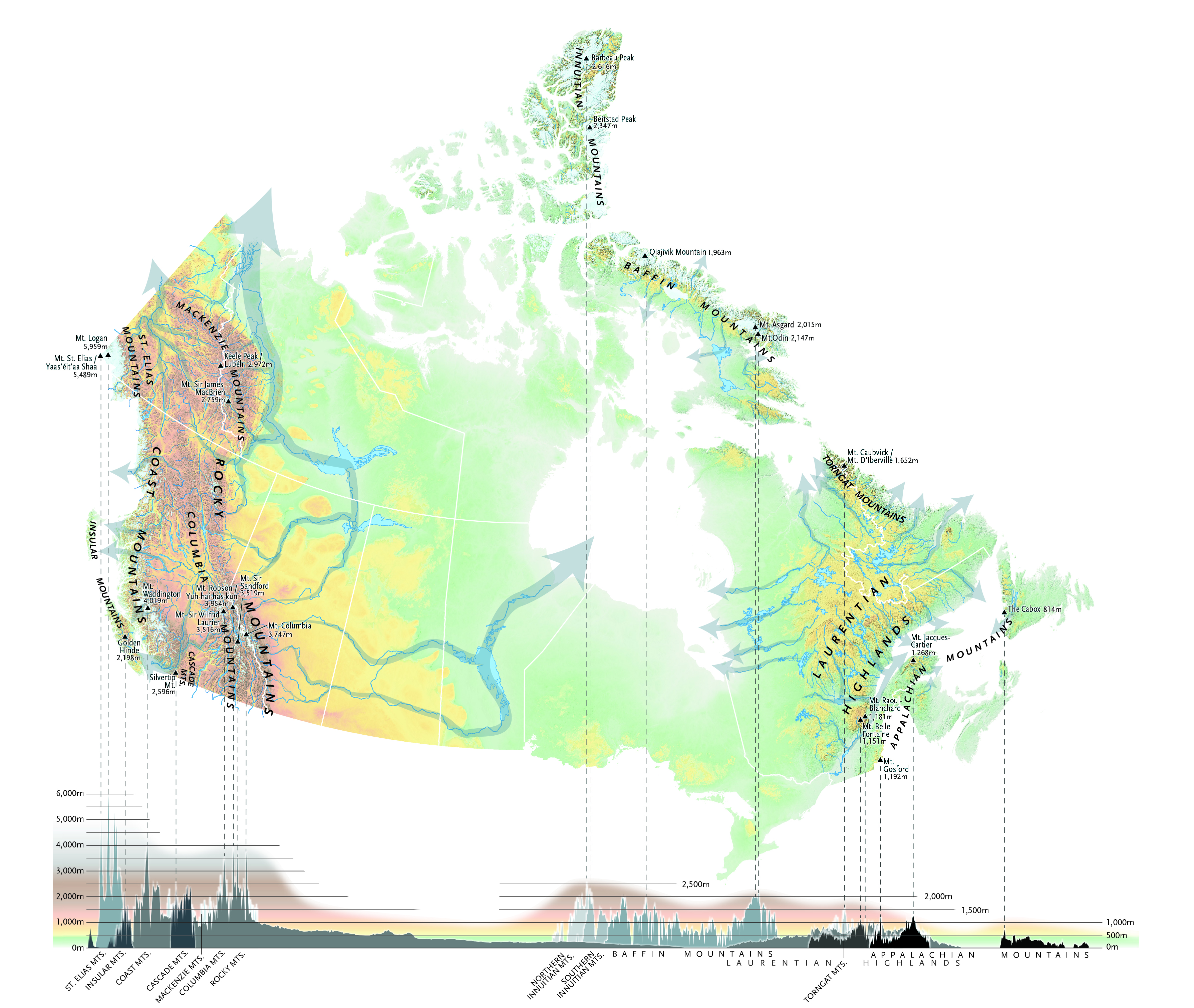 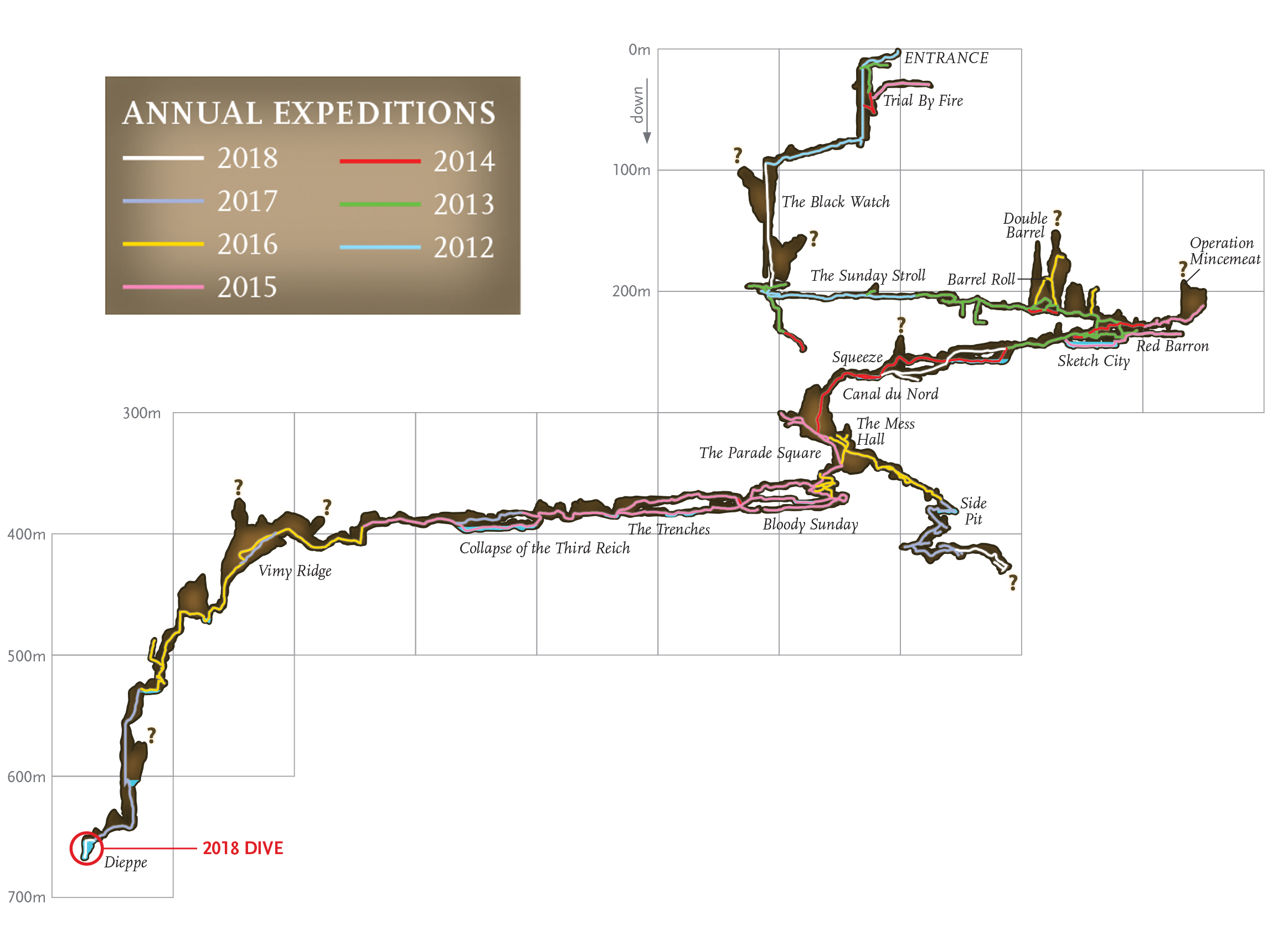 Cave maps are neat because they’re different. This chart of British Columbia’s Bisaro Anima cave, confirmed as Canada’s deepest on Jan. 1, 2018, by an expedition sponsored by The Royal Canadian Geographical Society, is no exception. Included with a brief item on the expedition in the May/June 2018 issue (and in this online update here), there’s much to appreciate about both the map and the cave itself in this cartograph, such as the World War-themed names given to the cave’s known passages. 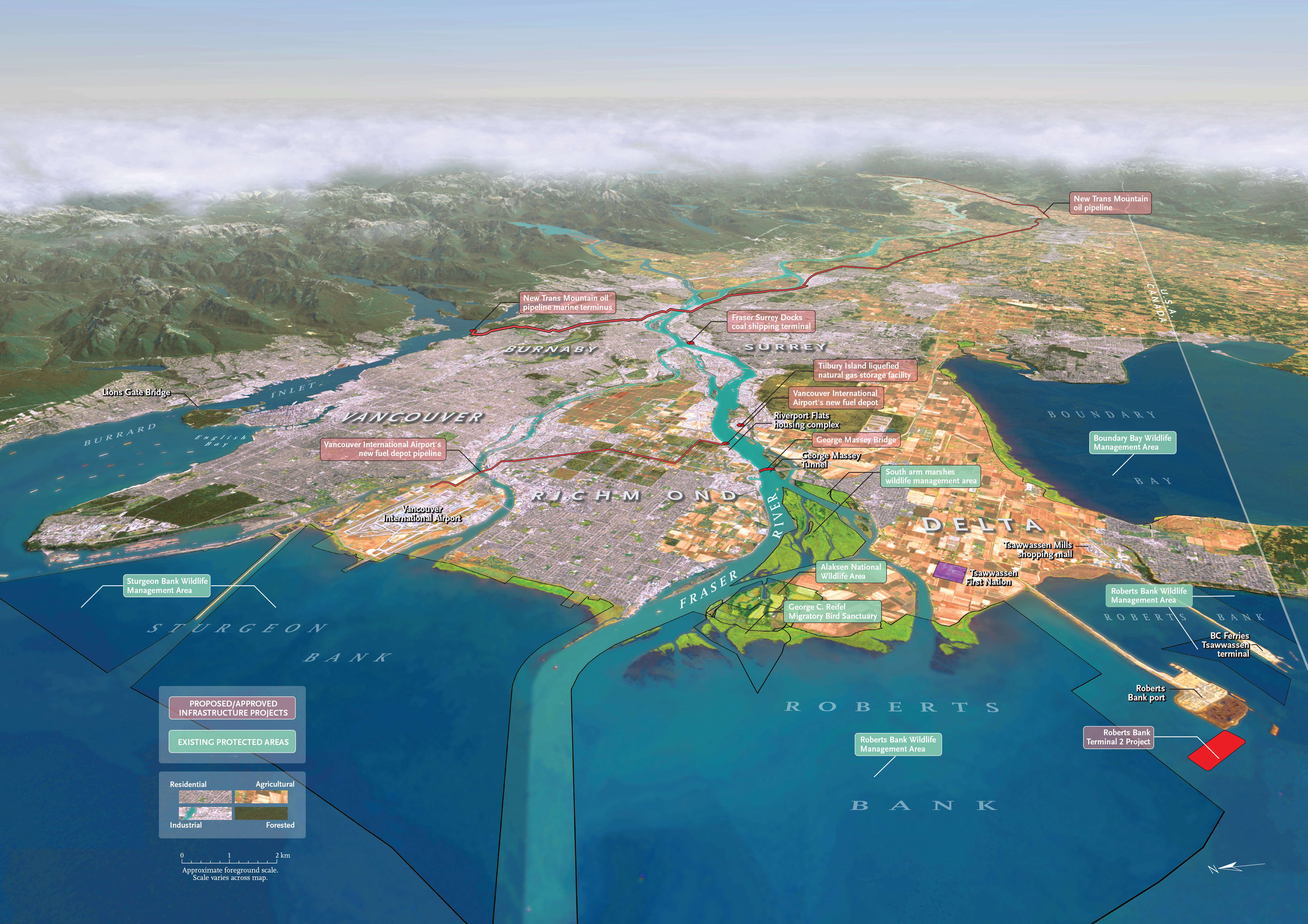 Brackley never hesitates to produce oblique maps when the content warrants. And the three-dimensional, bird’s eye view approach was not only ideal for charting the important natural areas and major existing and proposed infrastructure in Vancouver’s Fraser River Delta, but also produces a perfect at-a-glance snapshot of the interplay between nature and development in the city’s larger metro area. Of course, like all great maps, there’s much more to explore on closer examination, too. 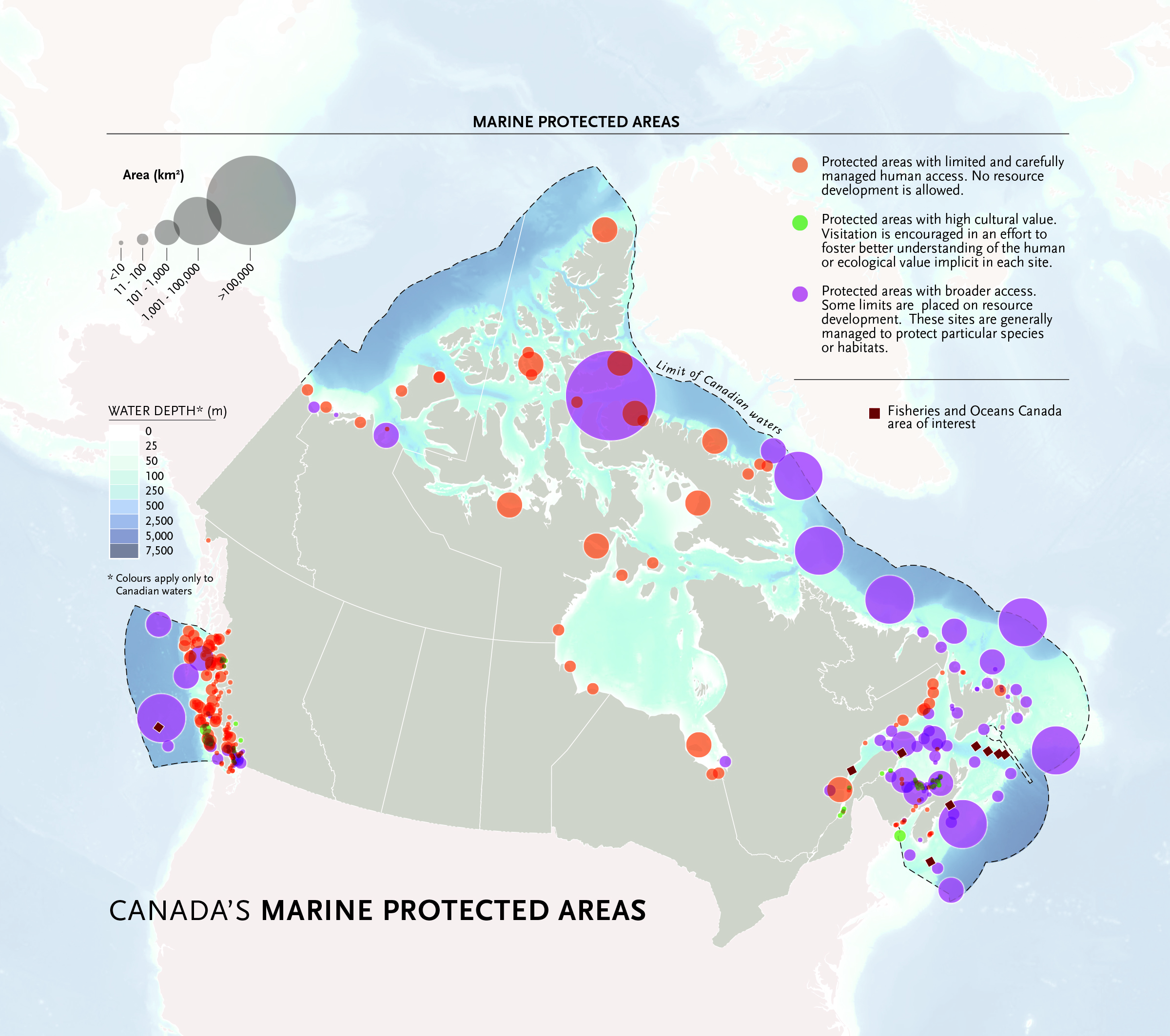 This map of Canada’s marine protected areas, published in the November/December issue (guest edited by Environment and Climate Change Minister Catherine McKenna) along with an essay by renowned marine ecologist Boris Worm, is simply vital to continuing important conversations about the health of our oceans. It shows the range, size and distribution of these “parks in the sea,” and in contrast to this map published just three years ago, it shows the remarkable progress Canada is making toward its goal of protecting 10 per cent of its waters and coastlines by 2020. 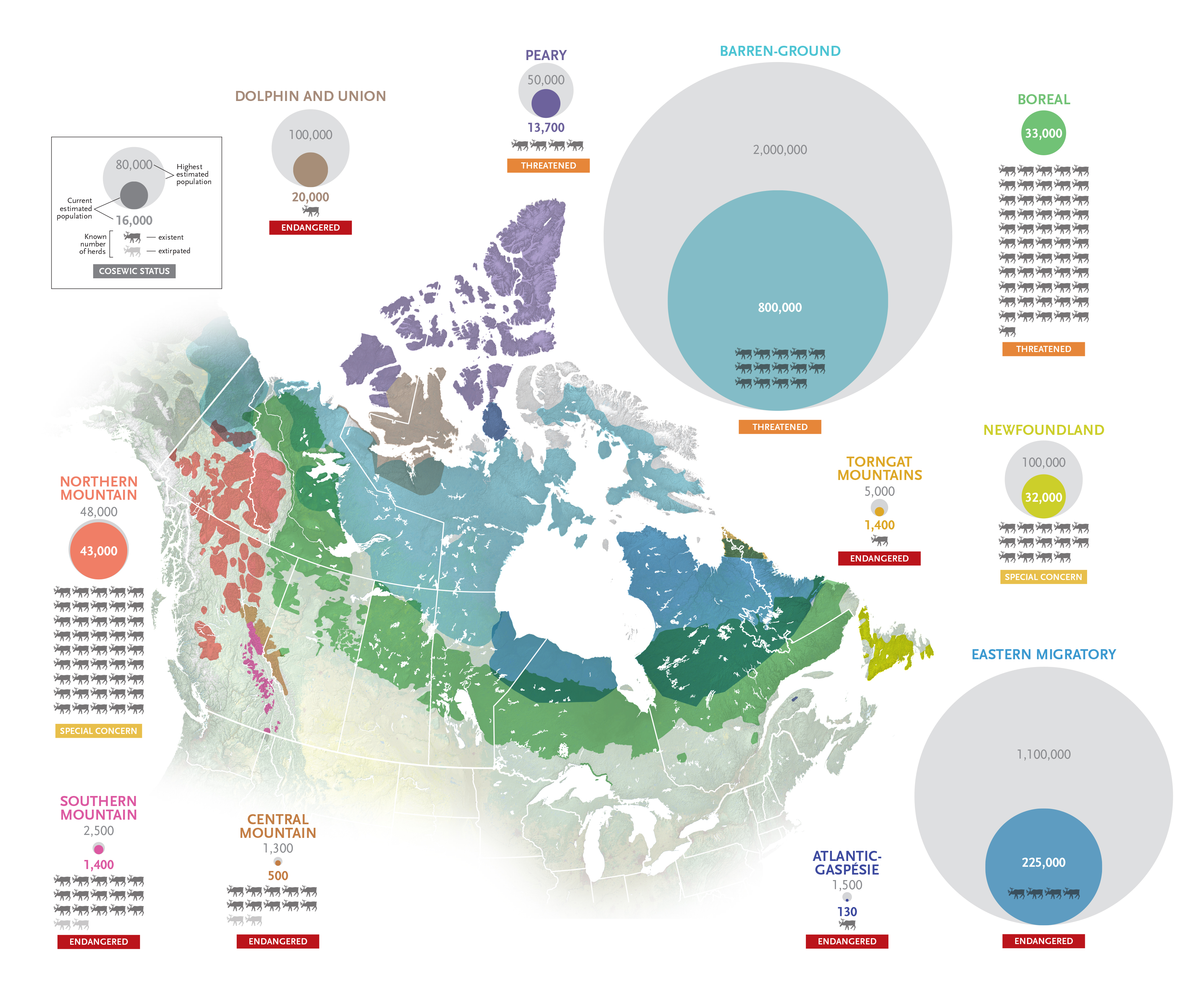 As important as the previous map is, this map (published online here in late October and set to appear in the January/February 2019 print issue) may be the most important piece of cartography Canadian Geographic created in 2018. Along with charting the range of each of the 11 groupings of the country’s caribou, it shows the highest estimated population and current estimated population of each grouping. The overarching story is alarming — almost across the board, Canada’s caribou populations are a fraction of what they once were. Worse still, that decline has largely occurred during the last 25 years (see the story and more excellent maps here for additional context). In essence, it’s a map of an impending extinction, unless we take steps to reverse these trends.