By Sabrina Doyle
With photography by Peter Andrew Lusztyk
June 27, 2017

"When God decided that the Israelites required a visual statement of His laws – the Decalogue – He knew that only stone tablets would suffice. 'Spell it out in stone,' He may have judged, 'and there's no excuse for ignorance or misinterpretation.'

Maybe that's why courts and legislatures, including the High Victorian Gothic mode that is Ottawa's Parliament Buildings, are quarried, constructed and carved from stone: Only a material so strong can add imposing  weight and gravitas to – and provide sonorous majesty for – ephemeral and evanescent words, the will-o'-the-wisps of philosophy."

So begins an essay by George Elliott Clarke, published in the July/August 2017 issue of Canadian Geographic, on the Parliament Buildings' rejuvenation, and the stone carvers working to turn back the clock on Canada's house of democracy. Watch below as Canada's Parliamentary Poet Laureate reads his piece, A Story in Stone.

The essay was accompanied by photography by Peter Andrew Lusztyk. See a selection of those Lusztyk's images below, and more in the July/August 2017 issue of Canadian Geographic, on newsstands now. 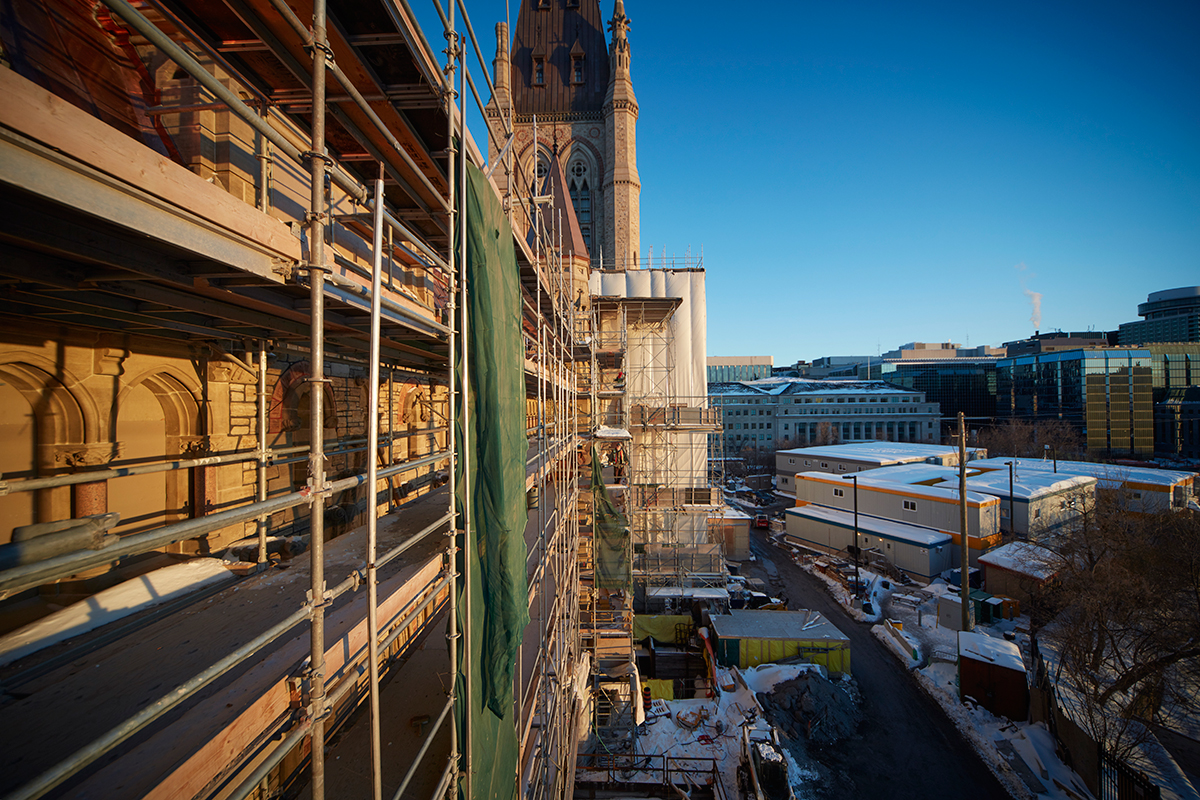 The scaffolded west facade of the West Block. 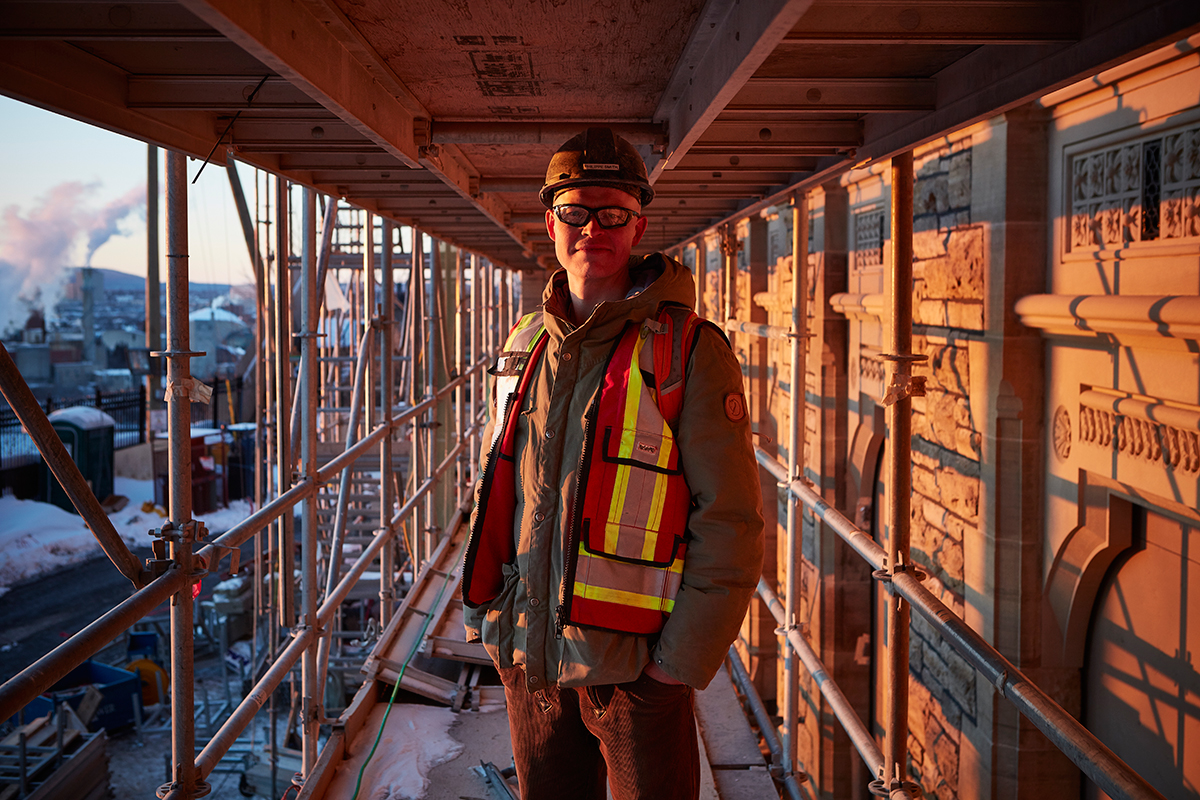 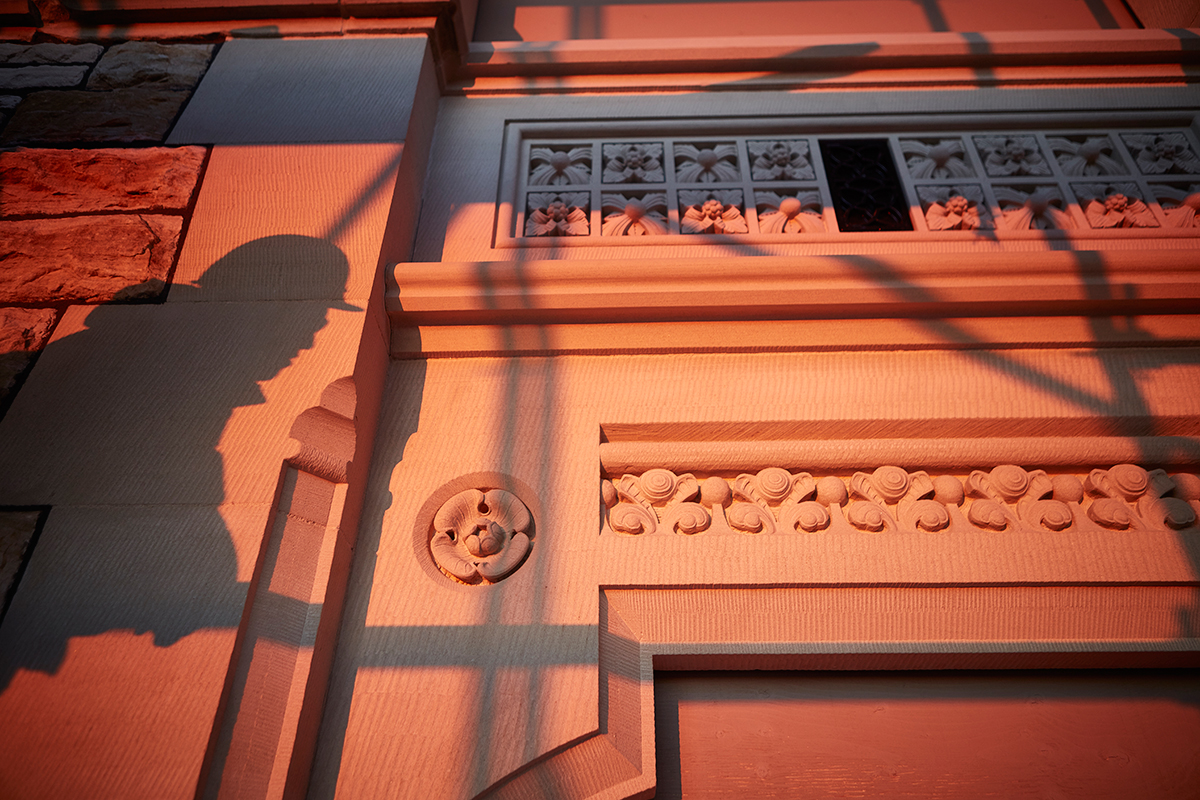 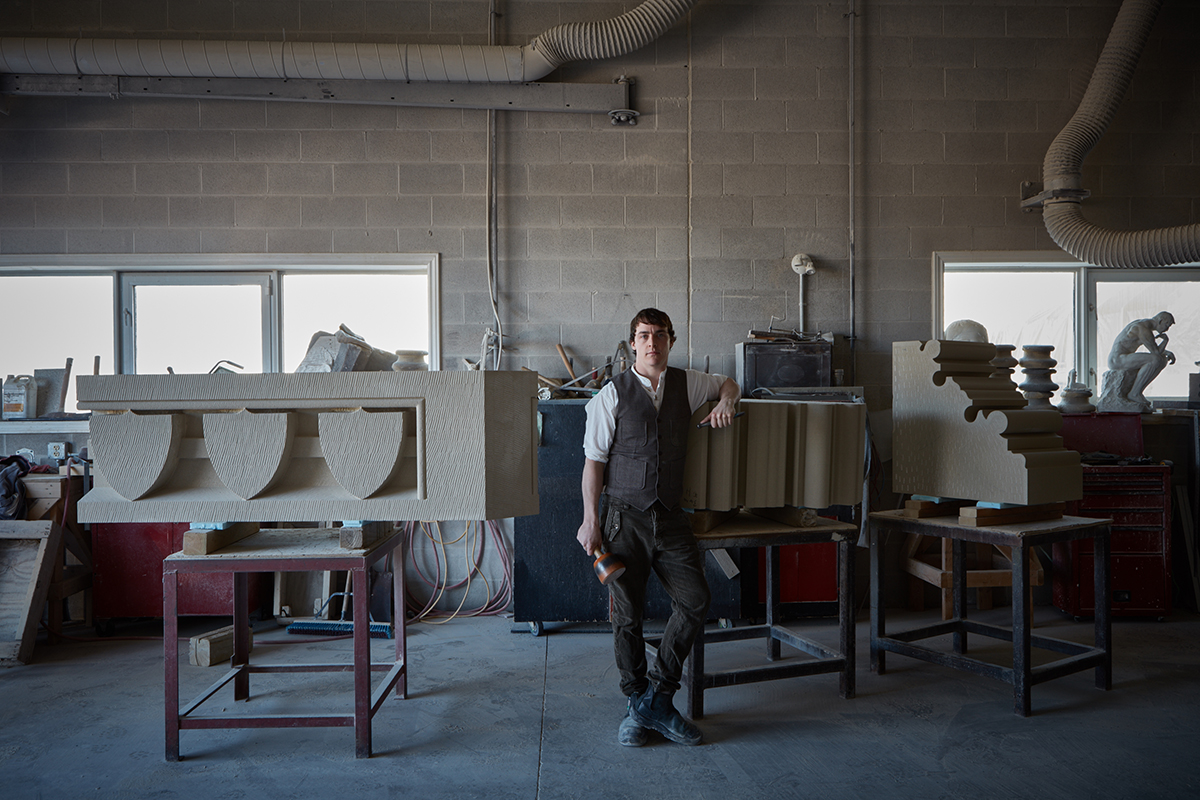 David Lamb stands in a workshop where he carves stone destined for Parliament. 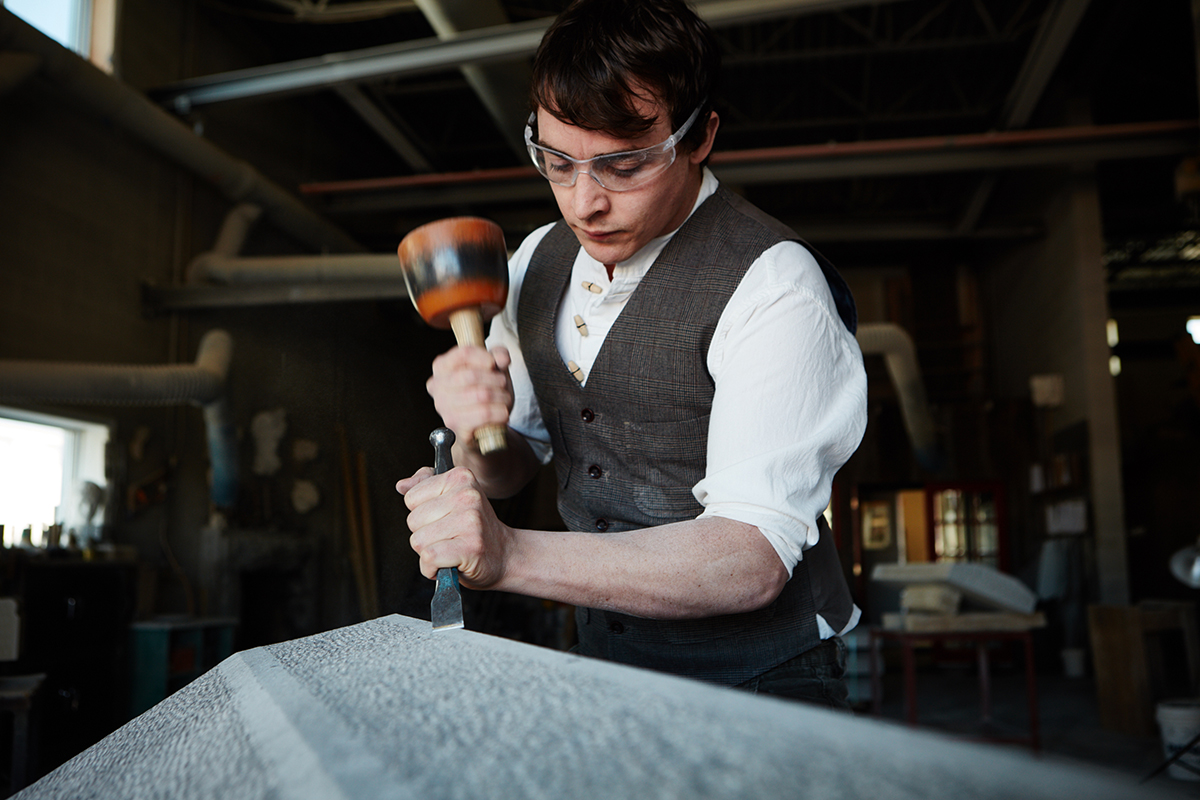 David Lamb finishes a capstone for one of Parliament's perimeter walls. 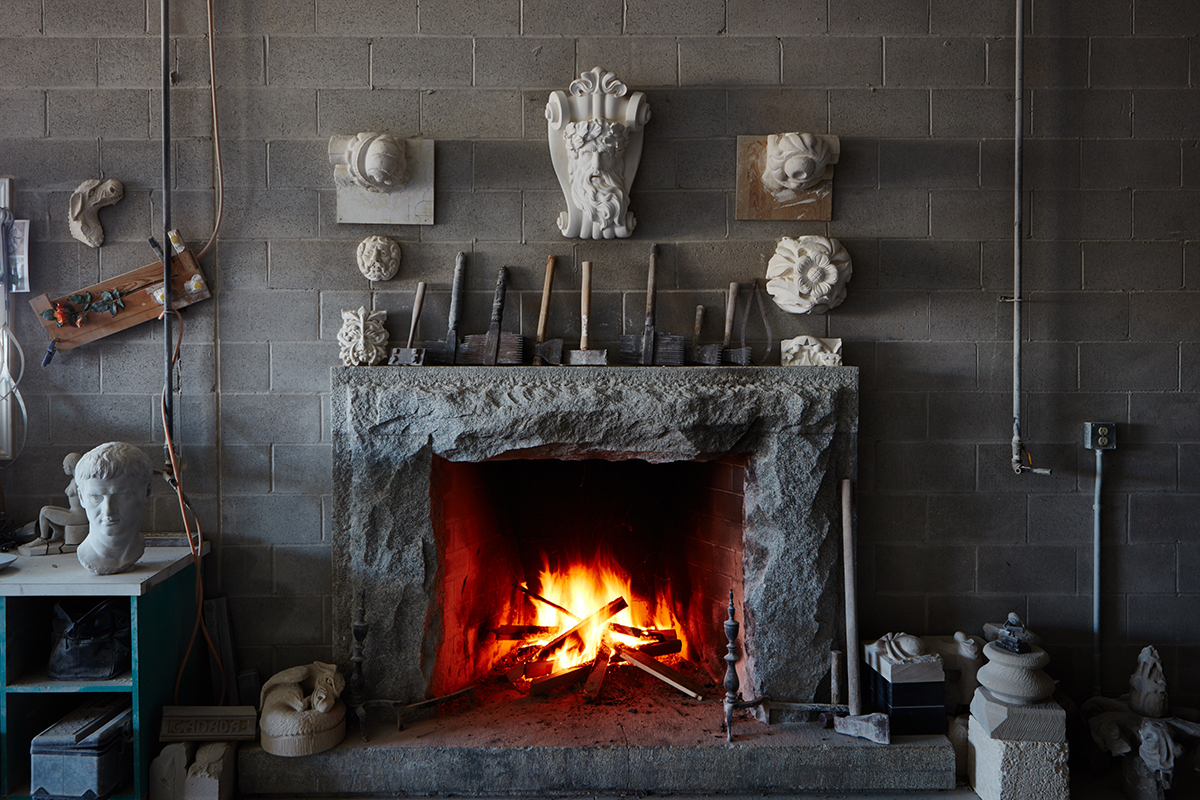 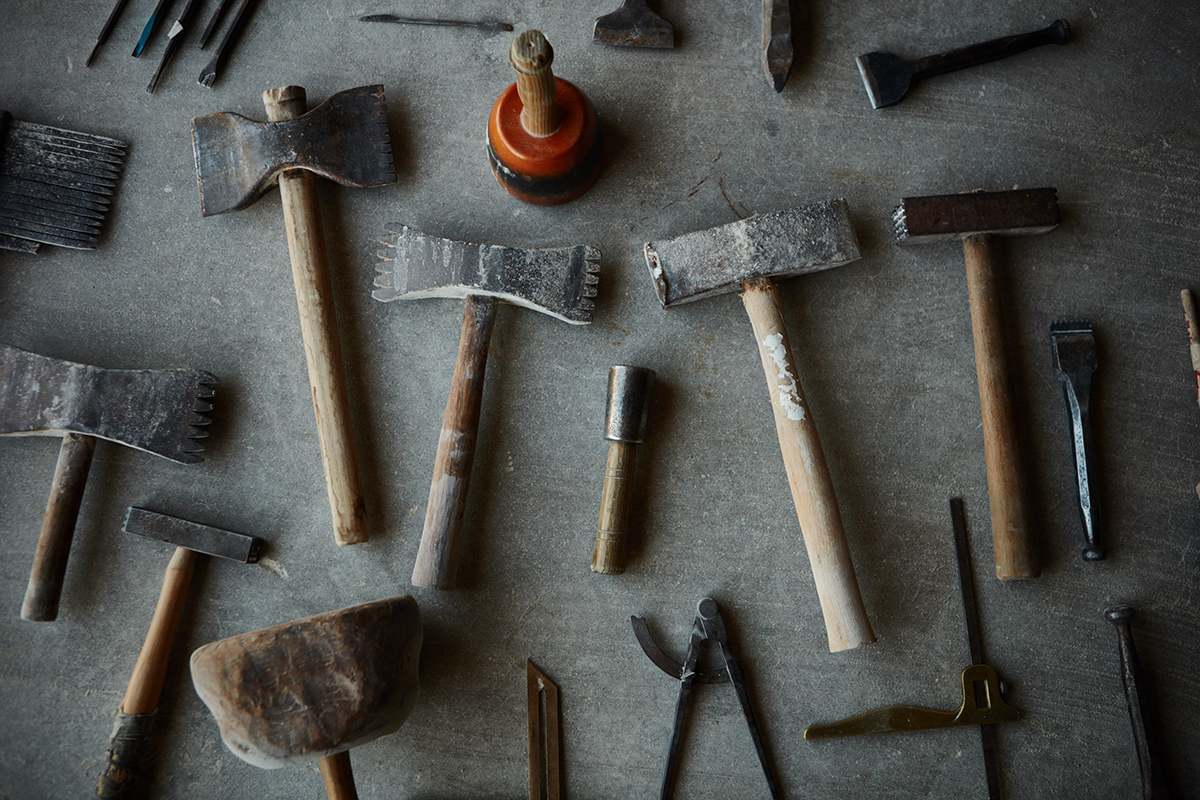 Traditional tools of the stone-carving trade. 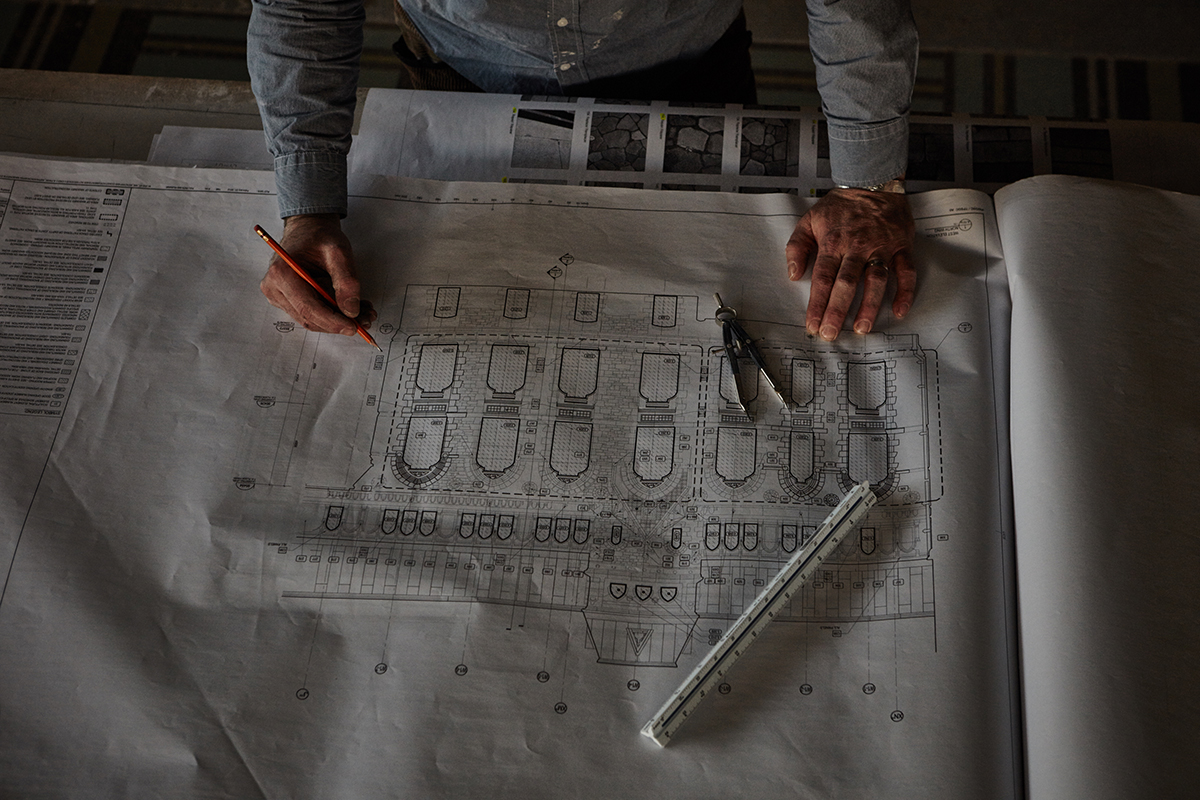 Architectural drawings of the West Block. 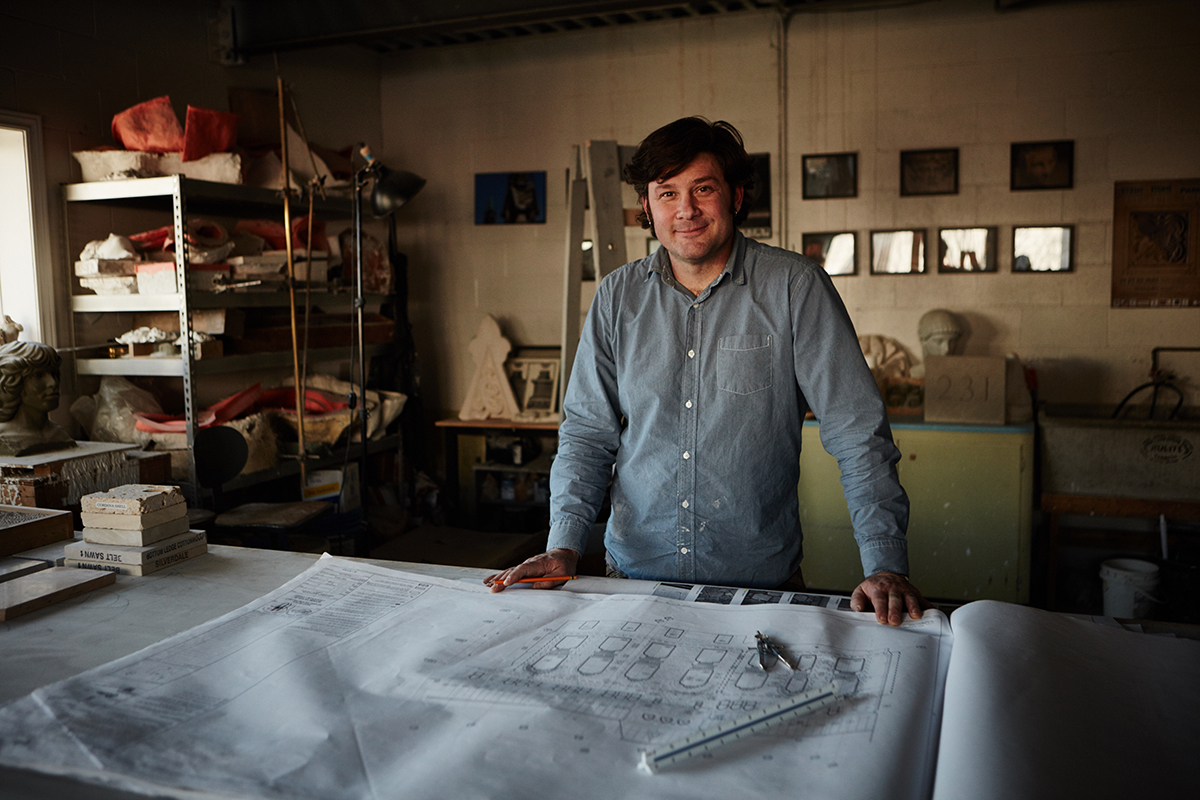 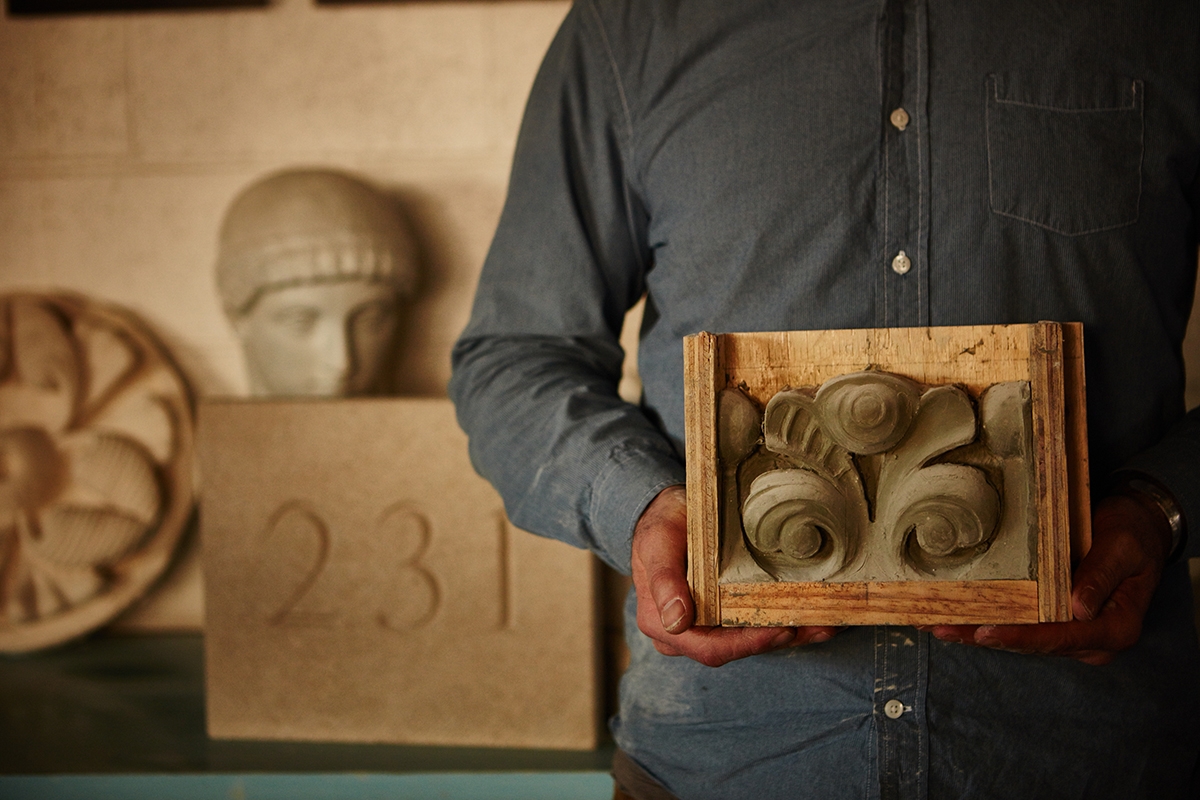