The first North American to row solo across the Atlantic Ocean discusses her new passion for ice canoeing and why protecting Canada's waterways is important
By Michela Rosano
June 7, 2018

When Mylène Paquette decided to confront her fear of water, she didn’t just take a swimming lesson — she set out on a 5,000-kilometre solo trek across the North Atlantic Ocean in a rowboat. She completed the journey from Halifax to Lorient, France in 129 days and became the first North American to complete the crossing. Paquette continues to push boundaries in the water, participating in ice canoe races and working with organizations to protect the St. Lawrence River. On May 28, she was named The Royal Canadian Geographical Society’s newest Explorer-in-Residence.

The weather made it so difficult. My land team and I discussed giving up every week. For the first 50 days, I was mostly trapped on my bed with my helmet and my harness on, waiting for better conditions to row. After 50 days, I had only made it to just below Newfoundland. The easiest part was the rowing. The hard part was not pressing the button to give up. When mid-September arrived, I was still right in the middle of the ocean during hurricane season. One of the biggest lessons I learned on my journey is that at the end of the day, the only thing we can control is our attitude. Even in a big storm, keeping a positive attitude will make your life much easier.

On becoming an ice canoeist

Ice canoeing is hundreds of years old. Samuel de Champlain wrote about how Indigenous Peoples crossed the frozen St. Lawrence River by canoe. The first ice canoe race was organized from Quebec City to Lévis in 1896, and since 1965, it’s become an annual event. There are now six other races across Quebec, including ones in Montreal, Portneuf and Rimouski. This past winter was my second year participating in these races with my team, Vive Montréal 375. It’s really difficult to practice. You have to jump out of the canoe onto big pieces of ice, run alongside the canoe as you push it across the ice, then jump back in and row in the open water. Sometimes you get wet. I must admit, it’s much more dangerous than rowing across the Atlantic Ocean.

On what drew her to the water

In 2006, I went sailing on Lac Champlain with my sister, and I decided that I wanted to own a sailboat and give tours to people, like we had done. I did some research and looked for lessons and courses, anything that would help me become a sailor. I ended up on the website of Peggy Bouchet, who is an ocean rower, and I fell in love with that idea. I’m not really comfortable in the water — I can be on the water on waterskis or in a kayak, but I hate swimming. When I learned that in order to row long distances, you had to swim underneath the hull of the boat to wash off the barnacles, I got really scared and decided not to do it. For an entire year, I tried to not think about it. At the time, I was working as a patient care attendant for sick children at Sainte-Justine hospital in Montreal. There was a little girl there who told me that I don’t know what it’s like to face my fears. After that discussion, I realized that she was right. I decided that I would row across the Atlantic Ocean and maybe through that, I could inspire people, young people like the ones I worked with at Sainte-Justine, to follow their dreams even when they’re scared. 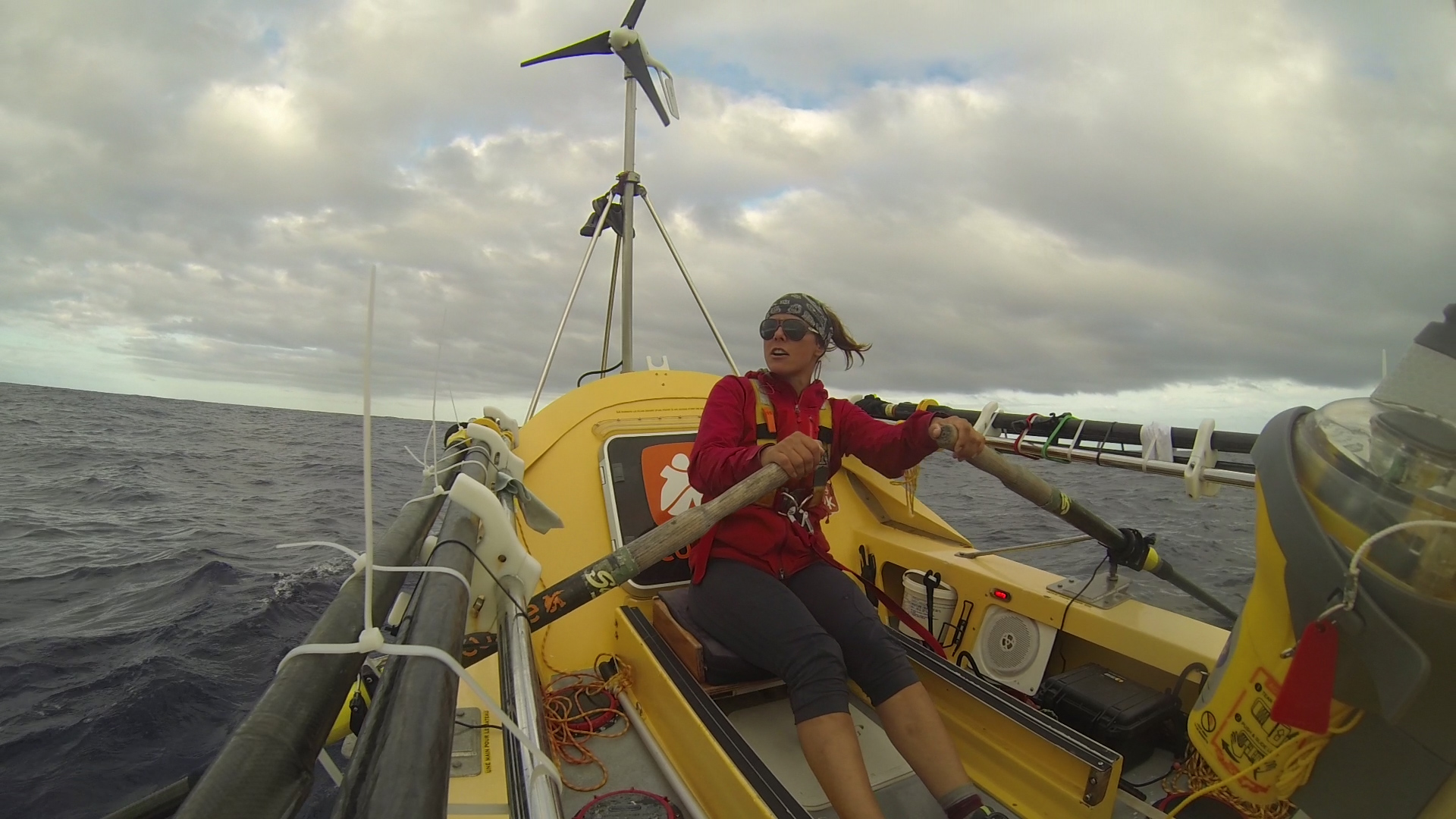 Last year, I was really honoured to have met Jill Heinerth and she explained the program to me. When the Society told me that I would also be an Explorer-in-Residence, I was really excited. I would love to explore Canada more, particularly the Arctic. I have upcoming plans for an expedition through the Northwest Passage, but I can’t discuss them yet. I’m also excited about the new public platform I will have as an Explorer-in-Residence. Since I train for ice canoe races year-round on the St. Lawrence River, it’s really important for me to spread the word about the importance of protecting it.

On why protecting the St. Lawrence is important to her

Nearly half of Quebec’s population gets their drinking water from the St. Lawrence River watershed. There are 27,000 species in the St. Lawrence River, and it’s an environmentally-important waterway that’s treasured around the world. There are plans to expand the Port of Quebec City, but people are really worried that we don’t have a strategy to protect the river if something bad happens, such as an oil spill. So I think it’s really important to talk about these things, and get people aware of the health of the St. Lawrence River and the Great Lakes. I’m involved in a number of organizations, such as the David Suzuki Foundation and the Centre québécois du droit de l’environnement (CQDE), to make that better known.