The new program affirms CanGeo's commitment to visual storytelling, supporting big ideas on the big screen
By Can Geo Staff
May 3, 2021

A great documentary is groundbreaking, with the power to change minds and actions — to make the world a better place. Canadian Geographic has affirmed its commitment to this genre of visual storytelling with the announcement of a Filmmaker-in-Residence program.

Matt LeMay will be Canadian Geographic’s inaugural Filmmaker-in-Residence, a prestigious role that will give him opportunities to bring his stories to wider audiences through the dedication and support of Canadian Geographic, which has lately increased its engagement with video content production.

“For over a decade, I have been honoured to use film as a medium to tell and share stories with a strong focus on reconciliation and the environment,” says LeMay. “I am grateful to have been selected as Canadian Geographic’s inaugural Filmmaker-in-Residence and believe that this new partnership and platform is a unique opportunity to amplify many Indigenous voices, histories and cultures.”

An award-winning Métis filmmaker, LeMay is an innovator in the field of educational documentary film. He has channelled his passion for addressing social issues that impact First Nations and Métis communities into documentaries that showcase the power of Indigenous storytelling and the importance of protecting the natural environment. 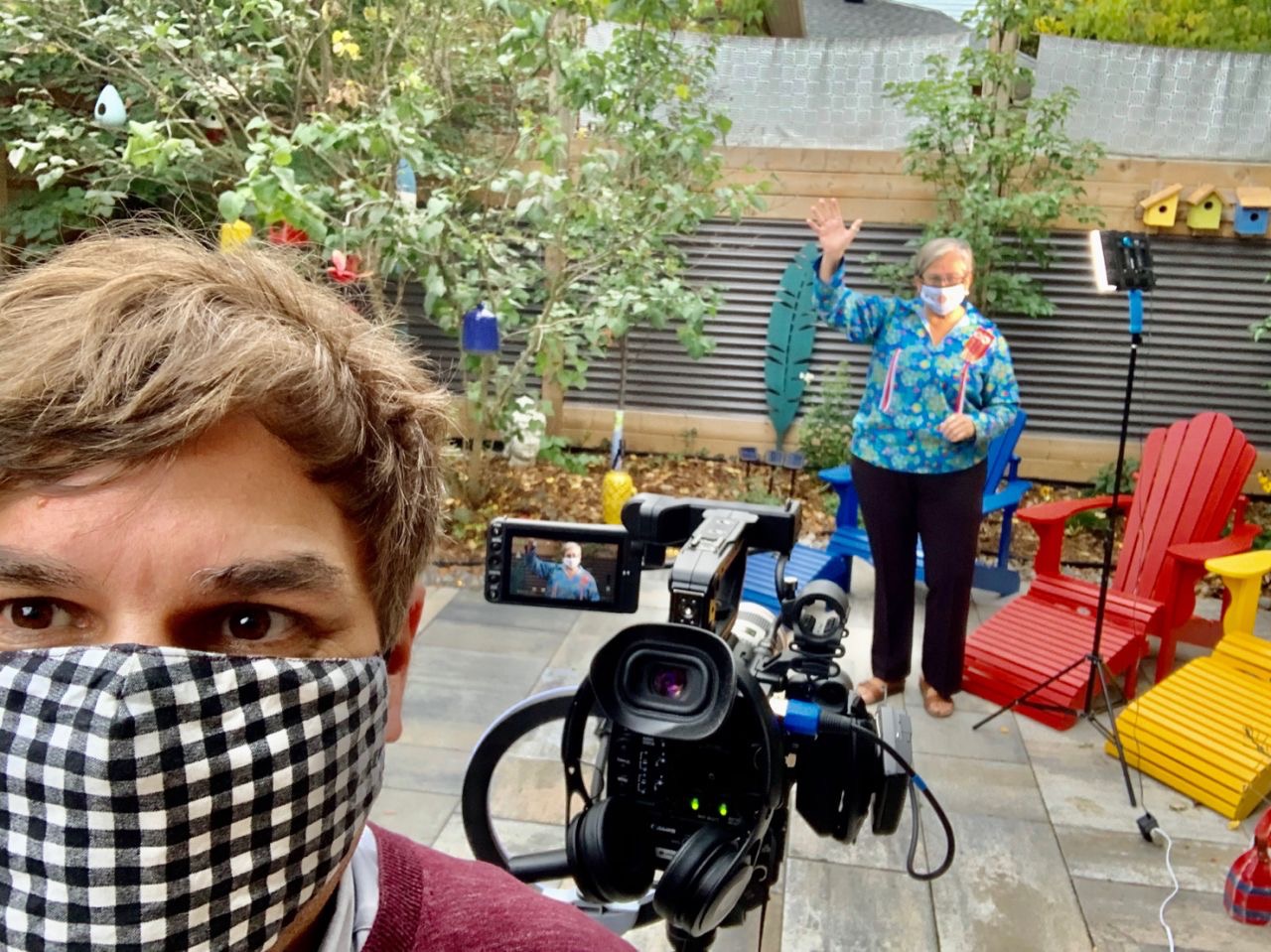 A selfie taken during filming with Métis Nation of Ontario President Margaret Froh in her backyard. (Photo: Courtesy of Matt LeMay)

“We are thrilled to add an artist of LeMay’s experience and ability to our growing network of Canada’s best content creators,” says Gilles Gagnier, Canadian Geographic’s chief operating officer and publisher. “The fact that he is a proud citizen of the Métis Nation of Ontario is simply an additional benefit that also aligns with our ongoing efforts to support reconciliation action in Canada. I’m incredibly excited about the collaborative opportunities that lie ahead for LeMay and Can Geo.”

LeMay’s current work includes The Future of Michif, a documentary chronicling the history, struggle and resilience of the Métis of Saskatchewan on their journey to self-determination. The Métis in the province find themselves in the midst of a cultural and political resurgence as they move toward modern self-governance agreements with the federal government.

Canadian Geographic’s Filmmaker-in-Residence program aims to recognize compelling documentary filmmaking that explores and celebrates the country’s geography, people and wildlife to make Canada better known to Canadians and to the world. The position underscores the organization’s commitment to open new horizons and make change through the power of documentary filmmaking. 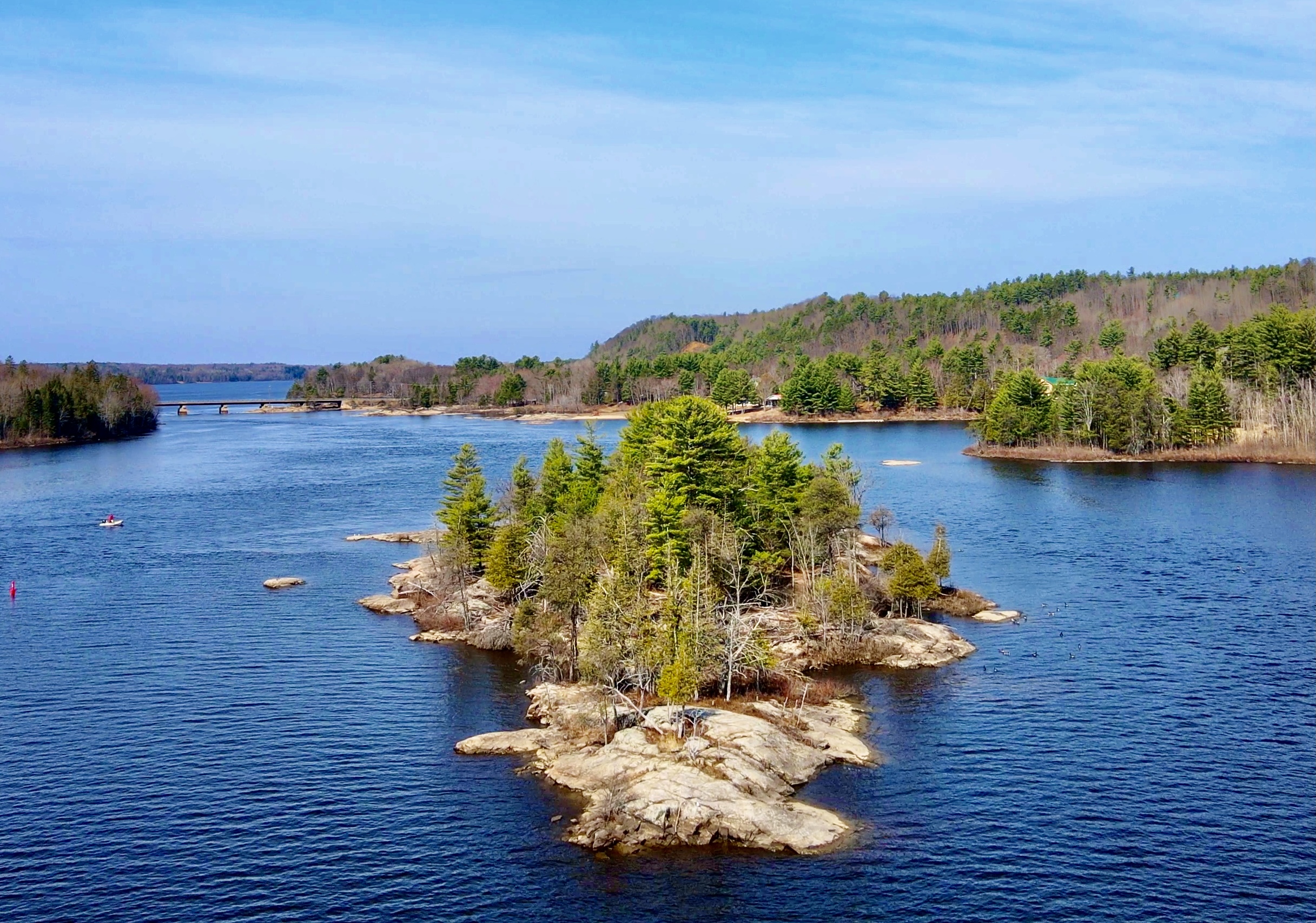 A drone shot taken during a recent film project centred on the Ottawa River. (Photo: Courtesy of Matt LeMay)

Canadian Geographic has recently launched, or will soon complete, a number of film initiatives. In 2020, Canadian Geographic released a series of seven “GeoMinutes,” 60-second video vignettes dedicated to important commemorative Canadian anniversaries. The vignettes, available on Can Geo’s YouTube channel, have also received wide distribution through the Cable Public Affairs Channel. In April, Canadian Geographic and Sound Venture Productions co-produced a four-part series of 30-minute documentaries highlighting community relocation in Canada. The series premiered on the Cable Public Affairs Channel, with CPAC scheduled to re-air all the episodes on Canada Day. And, in addition to LeMay’s aforementioned film, Canadian Geographic is also in post-production on Returning Home, a poignant documentary by filmmaker Sean Stiller that intertwines parallel narratives — the intergenerational impacts of residential school on a B.C.-based survivor and her family and the dwindling Pacific salmon populations on the West Coast.