In the case of what happened to the people of Délı̨nę, the Moral Awakening film calls for an awakening in the form of a call to action
By Geoffrey Bird
August 21, 2020

As the world marks the 75th anniversary of the atomic bombings of Hiroshima and Nagasaki, a little known part of the legacy is the impact on the Délı̨nę First Nation of the Northwest Territories. I explore their stories in the film A Moral Awakening, which is available online.

This heritage connects Indigenous people, Canadians and people all over the world who are concerned with peace, reconciliation and social justice. The film contributes to understanding of the global impact of nuclear weapons and its contested history. But the main goal of A Moral Awakening is to acknowledge the service and sacrifice of the people of Délı̨nę, a story long silenced.

The geographies of the film are spread across Canada, connected through the mining and transportation of uranium ore. The ore was mined at Port Radium on Great Bear Lake, N.W.T., and then transported to Port Hope, Ont., for refining, finally ending up in the United States for use in the Manhattan Project. Of the total amount of uranium used, 80 per cent was refined in Port Hope and 11 per cent came from Port Radium. 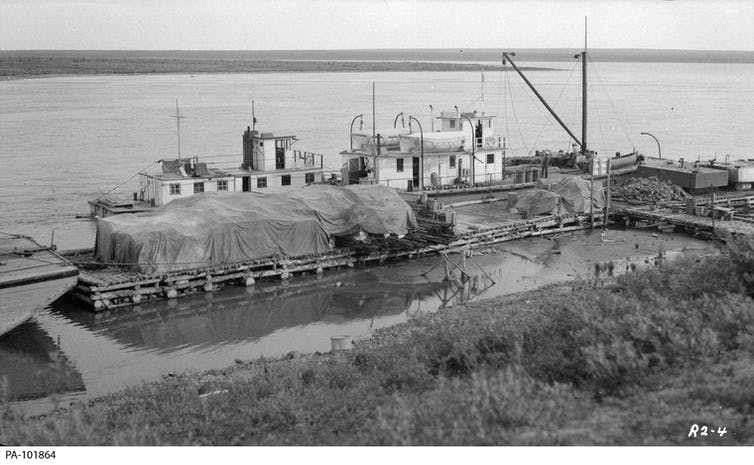 The people of Délı̨nę were hired to work as ore bag carriers and on the barges. In the decades that followed, many began to reflect on the impact of the mining and the legacy of the atomic bomb on the health and spiritual well-being of the community and its people.

In A Moral Awakening, the people of Délı̨nę demonstrate their fortitude as the community moves forward with greater control of its own future owing to self-government.

As a non-Indigenous person, I am inspired by the people of Délı̨nę. This story is about the strength, courage and perseverance of a culture and a community, universal messages that are particularly relevant today.

The voices and experiences of community leaders and Elders in Délı̨nę are central to A Moral Awakening. The community was directly and deeply affected by their work at Port Radium. Dene workers at Port Radium often carried mined uranium on their backs in sacks and were susceptible to breathing in ore dust. But given limitations of data available, a 2005 government report was unable to confirm a link between the levels of cancer in the community and exposure to low-grade uranium.

There has been no closure for the community.

The 1999 documentary ‘A Village of Widows’ examines the effects of mining and transporting the uranium ore used in the atomic bomb.

A Moral Awakening features members of the Délı̨nę community.

“Our people were never told about the dangers of being exposed to uranium,” says Danny Gaudet, chief negotiator for the Délı̨nę Got’įnę self-government agreement. “There are letters on file that the federal government knew back then that opening Port Radium was a huge health risk to anybody that operated or worked there.”

Elder Alfred Taniton, who worked in the mine in the 1950s and ‘60s, says not only was the mine hard on people’s health, it was hard on their hearts.

“The poison they took out they made a powerful weapon out of it, so they dropped it on another country, and the people from that country also suffered by it,” he says in the film. “We think about that. It came from our land to be used to make other people suffer.”

The film’s title was inspired by former American president Barack Obama’s words in May 2016 during a visit to Hiroshima. He described a future in which “Hiroshima and Nagasaki are known not as the dawn of atomic warfare, but as the start of our own moral awakening.”

In the case of what happened to the people of Délı̨nę, the film calls for a moral awakening in the form of a call to action to overcome the shadow of destruction and injustice that we humans so readily bring upon ourselves, on others and our planet. This would include a formal reconciliation between the governments of Canada and the Délı̨nę Got’įnę.

The film is part of the War Heritage Research Initiative at Royal Roads University, a project started in 2015 and funded primarily by the Government of Canada. I have written, directed and produced more than 30 short documentary films profiling Canada’s heritage related to the World Wars, both in our country and overseas.

These films rely on the concept of a site of memory as the gateways to the past. The stories are narrated by local storytellers deeply connected to these places, people I call “guardians of remembrance.” 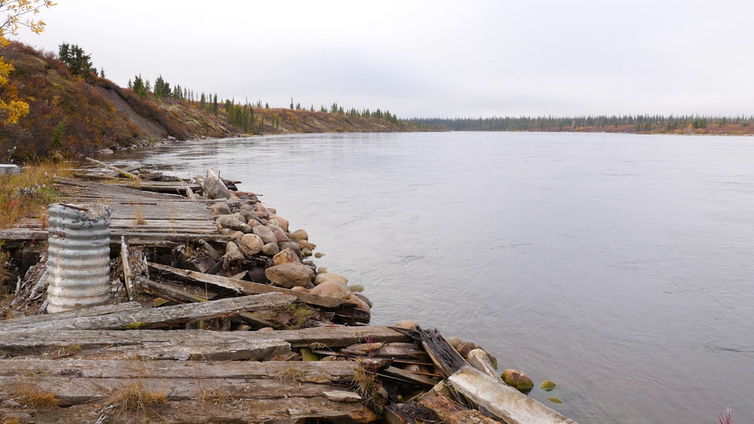 They help us understand the significance of learning this heritage, how it shapes understandings of our identity and the lessons that can inspire us to make a better world. These films are for educational purposes and are accessible to all online.

Port Radium was remediated by 2009. Because the site of memory no longer exists, and with the inevitable passing of all who lived and worked in that era, we face an extra challenge in remembering Canada’s connection to arguably the most seminal event in 20th-century history.

Article by Geoffrey Bird, Professor of heritage, culture, and tourism, Royal Roads University. This article is republished from The Conversation under a Creative Commons license. Read the original article.