Join us for Map Mondays at 50 Sussex | Canadian Geographic

Join us for Map Mondays at 50 Sussex

Hey Ottawa! What if we told you that you could see all of Canada without ever leaving the city? “How is that possible?” you ask?

Starting June 24, join Canadian Geographic Education for Map Mondays at 50 Sussex Drive, where you can walk across Canada in moments and learn about our country on one of our famous giant floor maps! As big as half of a school gymnasium at about 35 feet long and 26 feet wide, the maps give everyone the opportunity to discover Canada in a very up close and personal way.

What are Map Mondays at 50 Sussex?

Every other Monday throughout the summer, we will showcase a different and spectacular aspect of Canadian geography through one of our giant floor maps. From national parks and historic sites to an Arctic-focused view of the world to learning about the history, languages, and cultures of Indigenous Peoples in Canada on a map that has no borders, there is something for everyone. Our staff will be on hand to help you interpret the maps.

Join us! We promise you’ll have fun and discover new things.

Where and when are Map Mondays taking place?

Map Mondays will be held at 50 Sussex Drive, the headquarters of The Royal Canadian Geographical Society, every two weeks during the summer starting on Monday, June 24, from 11:30 a.m. to 1 p.m.

Weather permitting, we will be set up on the lawn facing Sussex Drive. In case of rain or other inclement weather, alternate plans will be advertised on our Facebook and Twitter accounts.

We are located between the Rideau Falls and the French Embassy. Please note: there is no public parking onsite, so we encourage busing or biking!

So what kind of maps can I explore on Map Mondays?

Here’s the Map Monday schedule and a little bit of information about each of our maps. 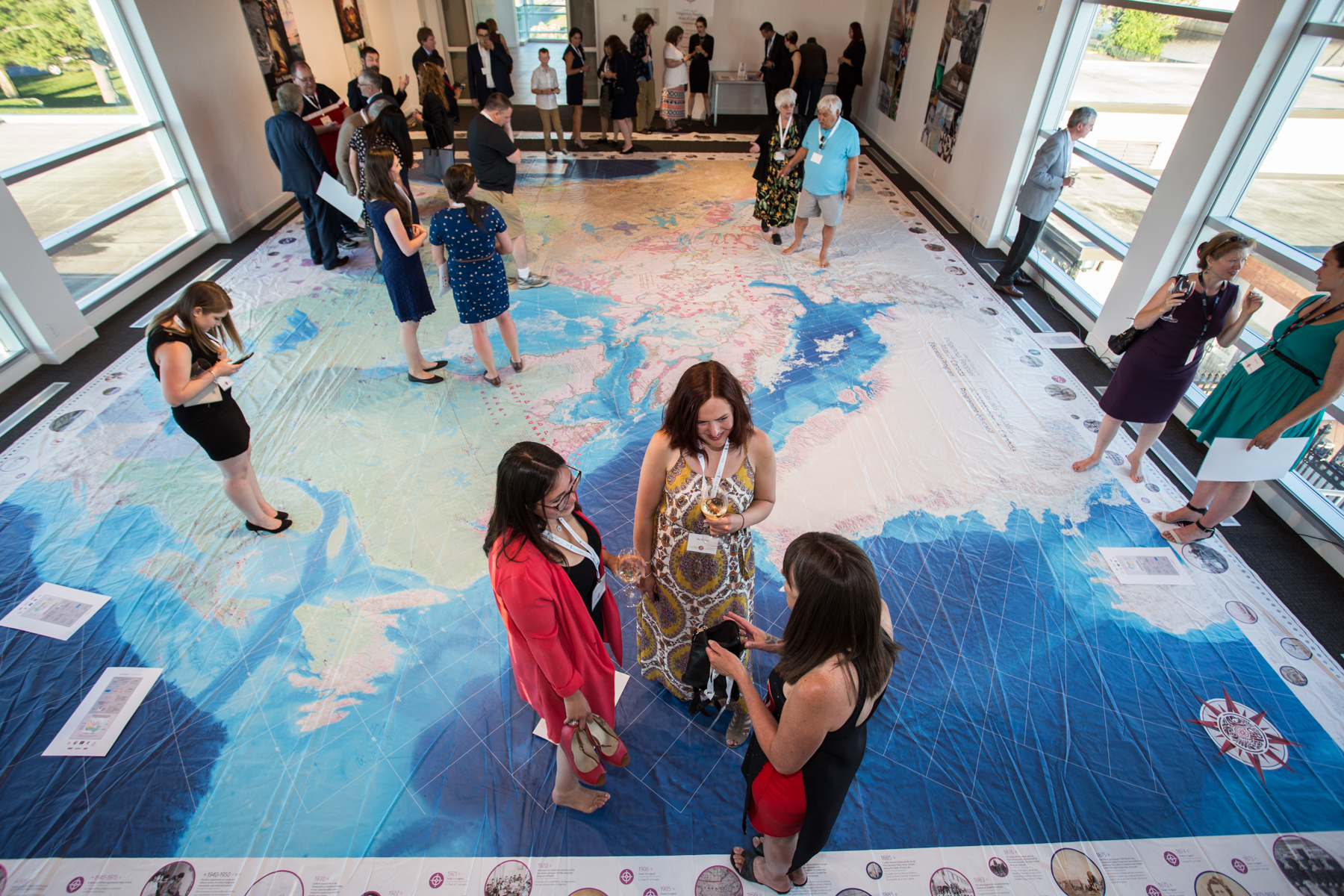 This groundbreaking map was created in partnership with Indigenous educators and organizations to tell the story of Indigenous Peoples in Canada. The map does not show provincial or international borders, but rather the traditional territories of First Nations, Inuit and Métis peoples and the distribution of Indigenous languages spoken in Canada today, including Inuktut, Mohawk, Cree, Coast Salish, Dene, Mi’kmaq and many more. Indigenous communities, reserves and residential schools are also marked on the map, providing insights into the impacts of colonialism — in particular the residential school system — on Indigenous peoples. 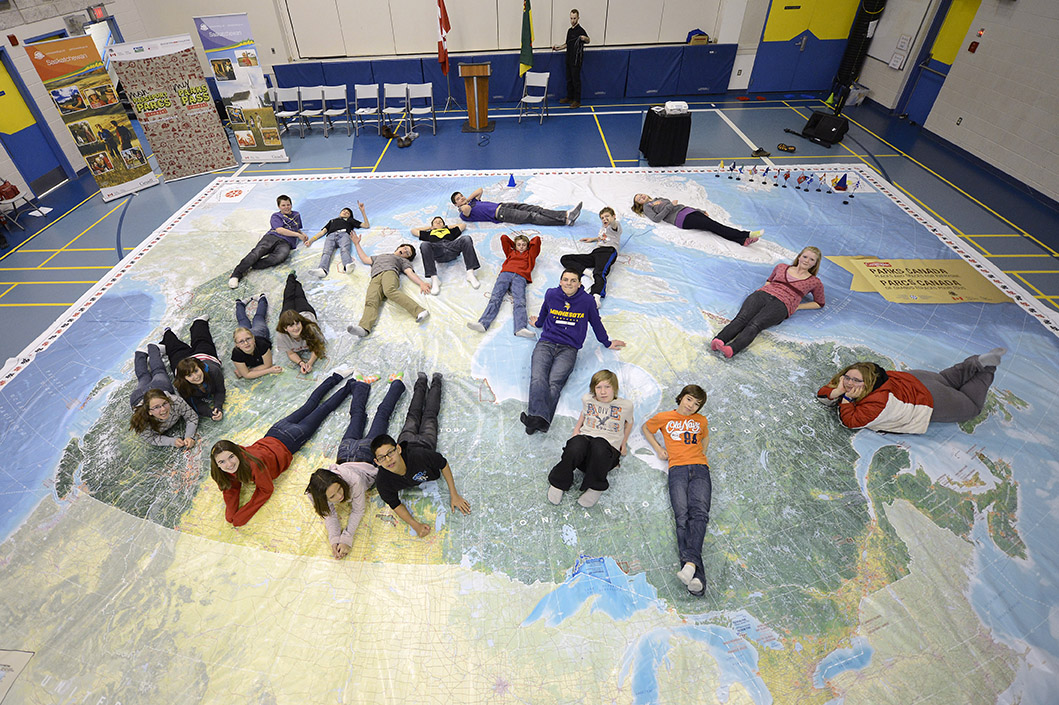 Still planning your summer getaway? Why not consider a trip to one of Parks Canada’s 171 historic sites, 29 marine conservation areas, or 47 national parks, all shown on this map? If you’re passionate about nature, history and conservation and exploration, this map is for you! 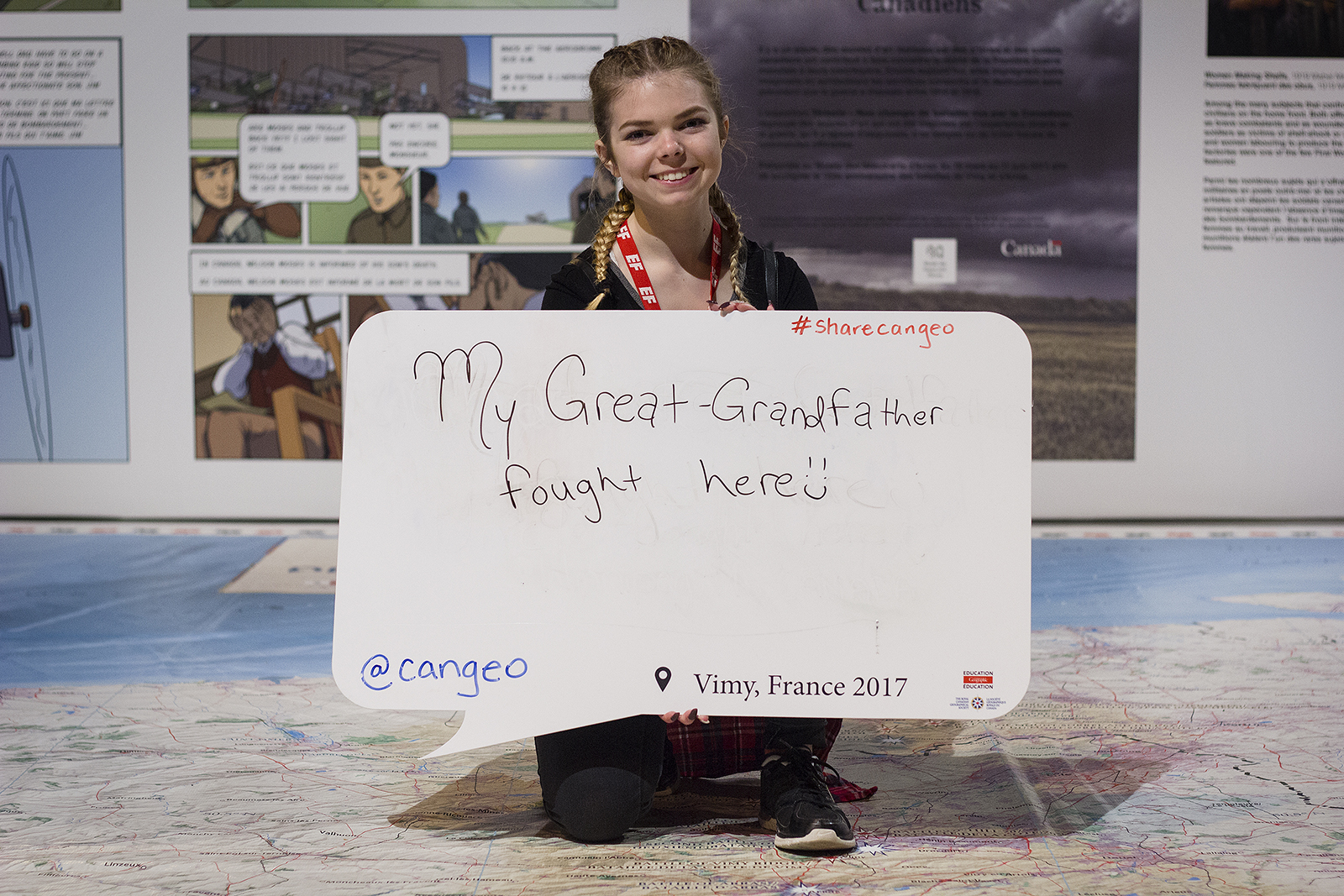 A successful war effort depends on reliable maps, so it’s perhaps no surprise that the years surrounding the First World War saw the greatest advances in the field of cartography since the invention of the printing press. Explore this period of innovation on our Drawn to Victory giant floor map, which depicts the Western Front and highlights major battles with Canadian involvement. 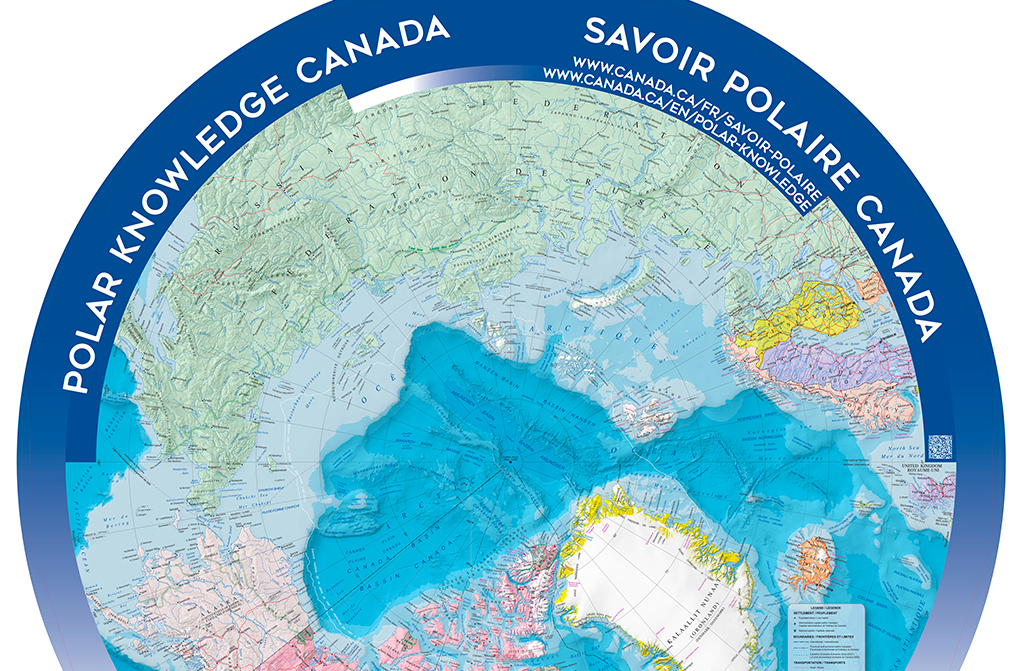 Not everyone can travel to the Arctic, so we developed this Arctic circumpolar map to give Canadians the chance to view their country from the top of the world. This map highlights animal migration routes in the Arctic, and demonstrates how modern communication systems and new technologies are helping people in the North stay connected to the rest of the world. The Polar Knowledge map also provides an introduction to how climate change is impacting the people and wildlife that make the Arctic their home.

*Note: Due to Ontario's Civic Holiday, this Map Monday will take place the following day, on Tuesday. 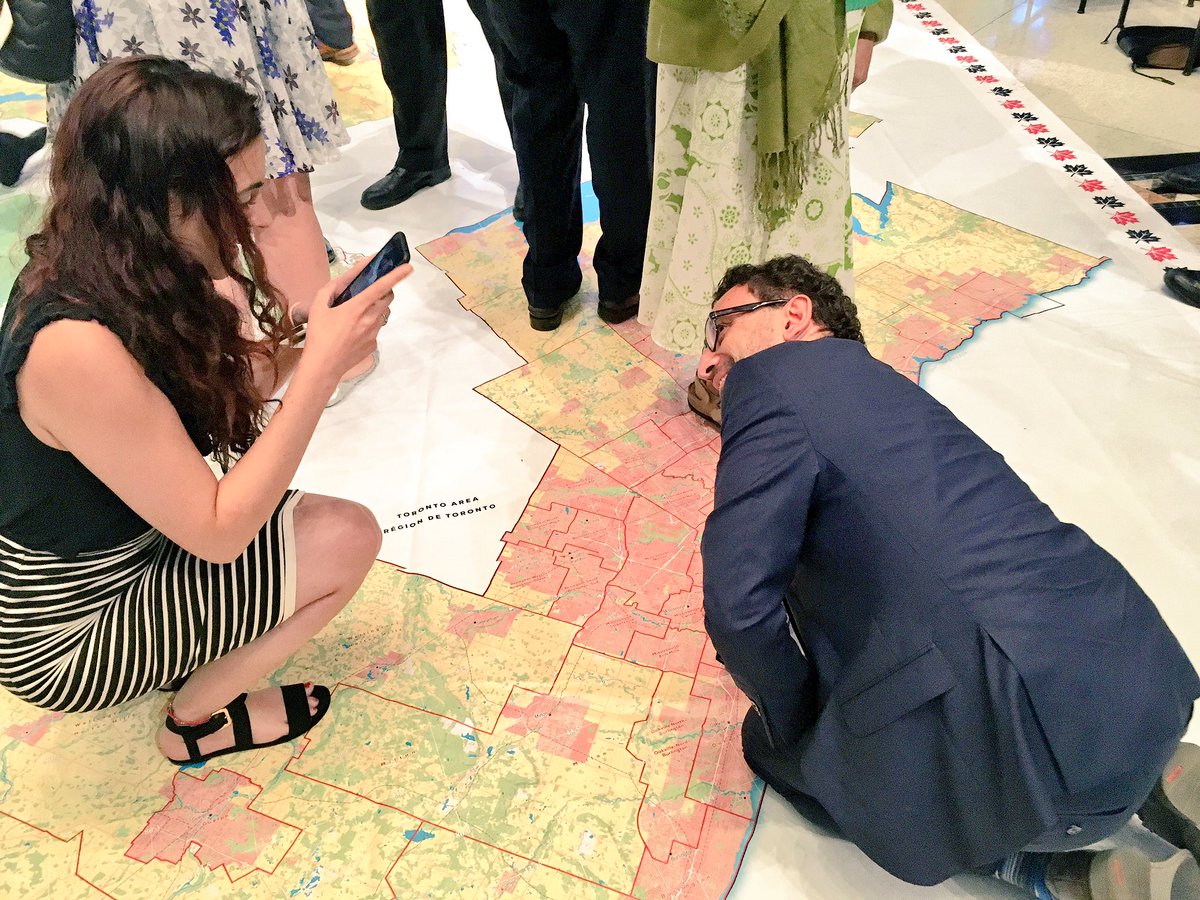 In just a few months, Canadians will be going to the polls to vote in the next federal election. Developed in partnership with the Cable Public Affairs Channel (CPAC), this map is a great primer for anyone interested in learning more about Canadian politics and elections. Canada is the world’s second largest democracy, geographically speaking, with a population of over 36 million. The Route 338 map shows the locations of Canada’s 338 federal ridings, and explains the careful consideration that is given to both human and physical geography in determining the boundaries of electoral districts. Exploring the Route 338 map is a great way to start a discussion about what makes democracy work in Canada.