The adventurer behind the Man and Dog expedition puts a life jacket through its paces in the Labrador and northern Quebec wilderness
By Justin Barbour
January 17, 2019

During my 1,000-kilometre canoe expedition across the Labrador Peninsula with my dog, Saku, in summer 2018, I spent a lot of time on the water — upriver, downriver and across some of Canada’s biggest lakes in Smallwood and Caniapiscau. The importance of a reliable personal floatation device (PFD) that fit comfortably, could be taken on and off with ease, and had storage compartments and attachment clips was paramount.

My choice was MEC’s Fulcrum Guide Unisex PFD. On past expeditions I had worn a PFD without any pockets, but often wondered how beneficial it would be to have them. With the Fulcrum, I now had five. The first was a snug fitting front mesh pocket that fit my Garmin InReach Explorer+, a lifesaving device that that's both a satellite two-way communicator and an emergency beacon. That pocket was a blessing. Having my Garmin close at hand and secure in the compartment gave me great peace of mind. The pocket's buckle closure was trustworthy and the loops at the ends of each zipper gave me a secondary attachment point for the Garmin’s carabiner, in case it slipped out while battling Labrador's dangerous and choppy Red Wine River. The PFD also had a large compartment that fit my survival kit (in case I capsized), ammo and some fishing tackle. Another smaller front mesh pocket was ideal for my two daily Clif energy bars. Lastly two tiny neoprene pockets on both sides of the PFD were great for storing extra paracord and a waterproof match case. The mesh construction of some of these pockets was both a pro and a con, because although the mesh kept my items from soaking in a pocket full of moisture all day, the material weakened the make-up of the jacket itself, especially if I had to move through thick bush on a portage. 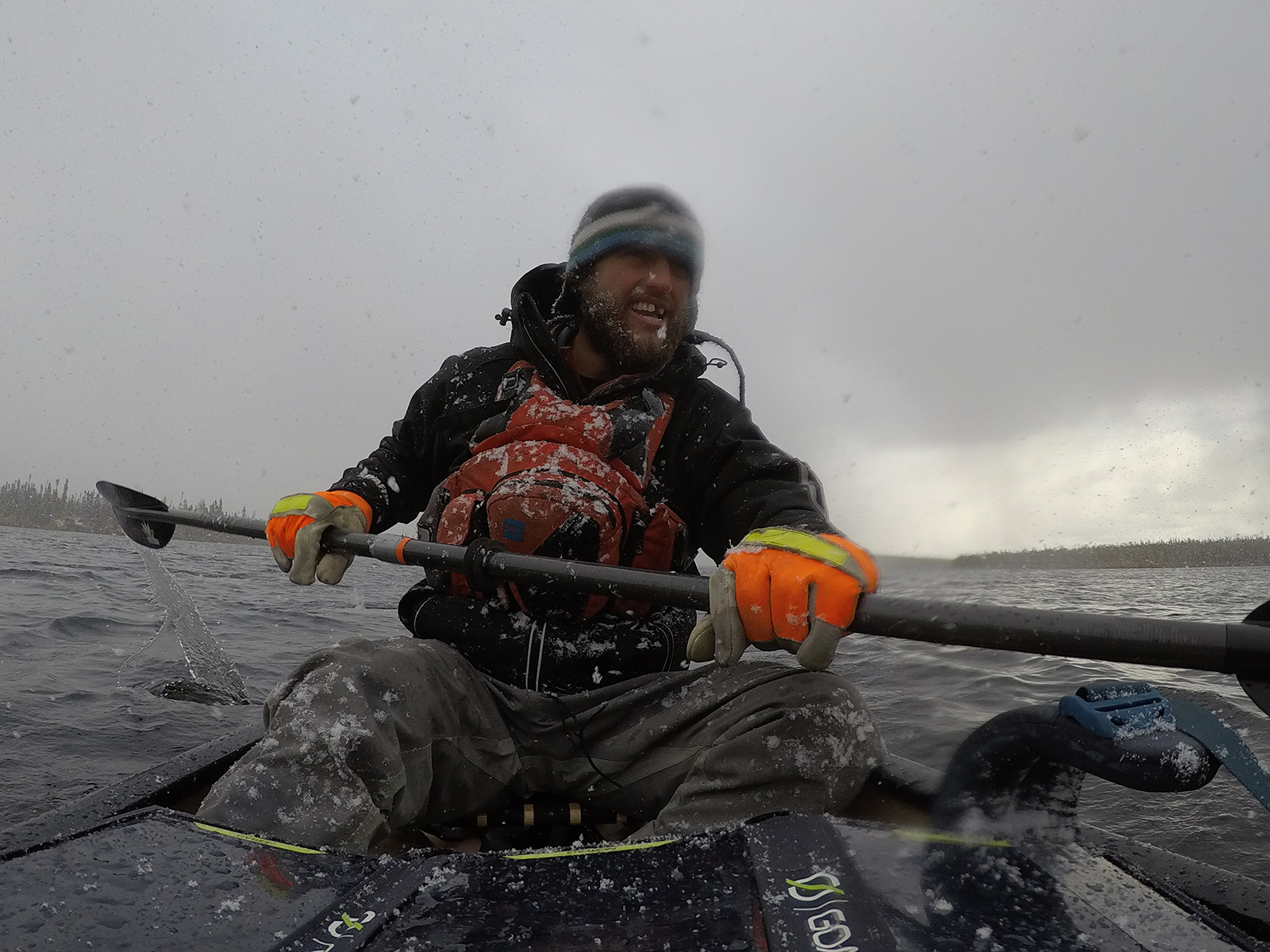 Justin Barbour battles the cold and the onset of a snow storm in northern Quebec in early October. (Photo: Justin Barbour)

This PFD also has attachment clips, both internally within the pockets and externally on the jacket itself, which can hold a knife, strobe light, whistle, extra carabiners and even car keys (although it's a good idea to secure those on the internal clip of the largest pocket, or hide them back by your vehicle somewhere).

As for other external features, this PFD comes three colours: blazing orange (mango), bright red (grenadine) and neon green (Hi Vis green), which all greatly increase the chances of being spotted (it also works well to mark a campsite in the deep bush). For late evening paddles, there's also reflective strips to help make the jacket more visible. It also has plenty of arm clearance for demanding paddling, fits bodies of many shapes, slips on and off effortlessly, and weighs a mere 970 grams. I wore it on most portages, some up to four kilometres long with a pack and food barrel on my back and had no issues with discomfort. Rounding out the valuable traits, the jacket also has tow belt attachments behind the pockets for use by rescuers — a great addition, and hardly noticeable.

Retailing at very reasonable price $159, I’d highly recommend this PFD and I’d certainly use it again on another expedition. If you are casual paddler and stick to the water only for that reason, you may want to go with a less bulky option. However,  if you need pockets to hold items on a longer haul that may include fishing and hunting, or you are a guide yourself, look no further than the MEC Fulcrum GUIDE PFD.