Exploration and tourism on the deepest dives

Every dive into the abyss brings back important scientific data and reminds the world of the critical need for protecting the planet’s oceans
By Jill Heinerth
March 16, 2021

In 1960, Jacques Piccard and Don Walsh reached the deepest point in the world's oceans piloting a submersible called Trieste. Recently, new records have been set by James Cameron with the first solo descent in 2013, Patrick Lahey and Jonathan Struwe’s deepest marine recovery in 2019, and astronaut Kathryn Sullivan who set the first women’s record in 2020.  Common to 12 of 15 record-breaking firsts is the submersible vehicle Limiting Factor, designed by Canadian engineer Patrick Lahey.  As a part of the Five Deeps Expedition, Victor Vescovo piloted Limiting Factor to the deepest spots in each of the world's five oceans, conducting surveys and collecting biological samples from each area as well as  mapping previously unexplored fracture zones.

Jules Verne's 1869 novel, Vingt Mille Lieues Sous Les Mers (Twenty Thousand Leagues Under the Sea), stimulated early science fiction readers' imaginations. Today, most assume that his title refers to the abyssal depths of the ocean. In actuality, Verne was referring to a lateral undersea journey through "les mers" (plural for sea) rather than a dive to the darkest depths. Nevertheless, since the publication of Verne's book, humanity continues to be fascinated with the exploration of the ocean's seafloor.

To probe the ocean's deepest depths, one does not descend 20,000 leagues (about 116,000 kilometres), but you do need to travel to a remote corner of the Pacific. At the margin of two colliding tectonic plates, The Mariana Trench boasts a depth of 10,984 metres at a location called Challenger Deep. The pressure exceeds a thousand atmospheres, enough force to crush all but the very best engineered submersibles. Even if one could survive the pressure, the near-freezing temperatures would be deadly. As a matter of context, if we could sink Mount Everest in this spot, there would still be two kilometres of open water above its summit. If you have flown on a commercial aircraft on a clear day, you have had a chance to get a feel for the depth of Challenger Deep.

As the visitor's list to Challenger Deep gets longer and the records and recognitions are logged, it is easy to dismiss these expeditions as tourism for the wealthy. But like space exploration and tourism, these projects can benefit us all. Every dive into the abyss brings back important scientific data and reminds the world of the critical need for protecting the planet’s oceans. 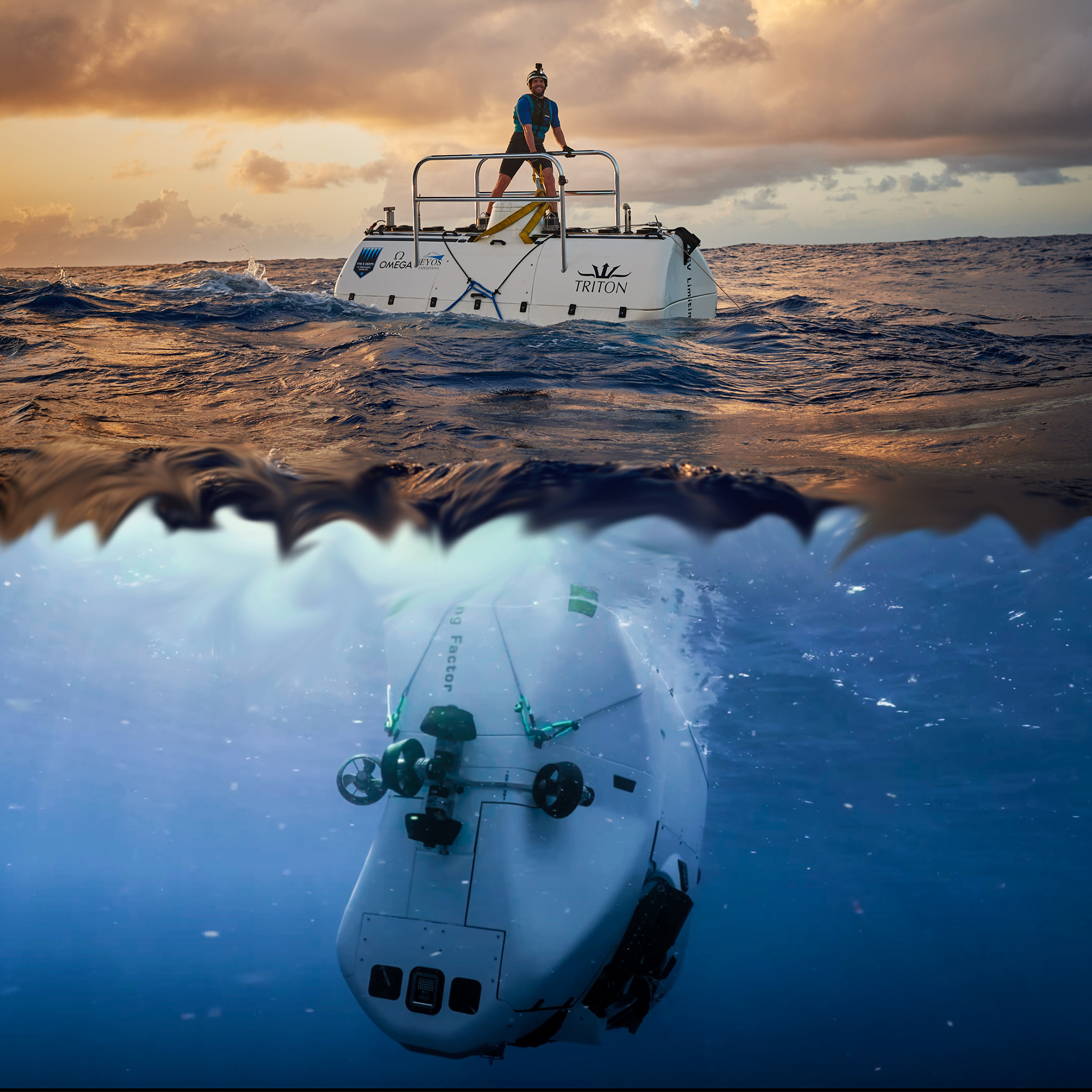 Back in 1960, Piccard and Walsh were aware of the profound risks and helped us see that there was life swimming around in one of the most hostile environments on earth. Today’s deep submersible explorers disappointedly discover  undeniable signs of humanity in the form of plastic trash and highly toxic pollution levels. A newly discovered, deep-sea shrimp from the trench, Eurythenes plasticus, had microplastics in its gut.

In 2020, more people reached the deep ocean's bottom than have walked on the lunar surface. I, for one, do not concern myself with whether these recent visits are considered tourism or exploration. The investments of groundbreakers like Vescovo and Lahey will enhance our understanding of humanity's impact on every remote corner of the earth. In the words of the most recent visitor, Hamish Harding, "During the dive (piloted by Vescovo), we will … collect samples from the ocean floor that could contain new life forms and may even provide further insights into how life on our planet began. And, in searching for signs of human pollution in this remote environment, we hope to aid scientific efforts to protect our oceans and ensure they flourish for millennia to come."

Even as robotics and remote deep sea sensing capabilities expand, there will always be a place for manned exploration, satisfying our curiosity and stimulating our sense of what lies at the extreme edge of human possibility.