Part one of Canada’s Ocean Supercluster: A six-part series
By Alanna Mitchell
April 7, 2021

For millennia, people have perceived the ocean as endlessly bountiful. Owned by none. Teeming with life. Ours for the taking.

But during the past couple of decades, that narrative of inexhaustibility has been upended. The biggest fish are fished out. Sharks are becoming rare. Many marine mammals are on the brink. Even plankton populations are shifting and thinning out.

And at the same time, the very chemistry of the global ocean is changing, driven by the growing carbon load in the atmosphere from burning fossil fuels. The ocean is warming up, losing its oxygen and acidifying.

In turn, this chemical change is threatening the ocean’s ability to support the marine life that remains — and that humanity depends on for food, oxygen and climate control. But even as the ocean becomes more imperilled, the human population itself continues to grow, along with demand for what the ocean can offer.

The Fisheries and Marine Institute (shown above) in St. John’s, N.L., is involved in a number of projects aimed at improving the sustainability of Canada’s fisheries. The Institute is one of over 400 members of Canada’s Ocean Supercluster, with members working together to solve ocean challenges and promote sustainable ocean growth. (Photo: Nick Hawkins)

That convergence of trends has kickstarted awareness of the pressing need for smart new ways of doing business on the ocean.

“There is no conversation about developing the ocean that doesn’t also consider the health of the ocean,” says Kendra MacDonald, “because the ocean is under tremendous pressure.”

MacDonald is chief executive of Canada’s Ocean Supercluster, an independent, not-for-profit entity set up in 2018 to tap into Canada’s vast technological, research and academic prowess. The federal government has promised $153 million, to be matched by industry. (Ottawa set up four other superclusters for other industries at the same time, funded separately.)

It’s a blaze of ocean innovation, with the goal of incubating and speeding up commercial solutions for marine businesses. Among the range of projects: technology to figure out how commercial fishers can avoid catching species they’ll have to throw out, making ships glide more efficiently, electrifying a whole ferry fleet, and mapping the seabed floor with self-guiding underwater robotic vessels.

“I think the health and the wealth of the ocean are intertwined,” says MacDonald.

A blue shark and pilot fish cruise the open ocean off Nova Scotia. The Ocean Supercluster is supporting companies that are developing different ways to monitor the marine ecosystem and the movement of species, including through reading DNA from samples of sediment and sea water. (Photo: Nick Hawkins)

The effort is happening now not just because the ocean is in trouble, but also because new research is making solutions easier to find, says MacDonald. Digitization is leaping ahead. Technology is advancing at breakneck speed. For example, the CARIS Cloud Technology Project, a coast-to-coast partnership, will help ocean mapping staff work from home or the office, rather than in risky situations in the field, through the development of cloud software.

That’s part of the supercluster mandate to encourage businesses that wouldn’t typically even know about each other to collaborate intimately. So, when one part of the industry has a breakthrough, others benefit, too. For example, the Ocean Aware Project combines the talents of nearly a dozen organizations, ranging from universities to fisheries and aquaculture concerns to energy utilities. Led by Innovasea, a sensing technology company, it is figuring out where fish are, how healthy they are and where they might go. The whole effort is centred in honouring the ocean.

“The ocean is very important to the survival of humans generally and our existing practices in the ocean have put incredible pressure on the wild fishery,” Mark Jollymore, Innovasea’s president, says from his office in Bedford, Nova Scotia. “So, we certainly need new ways of doing things there.”

At the same time as the technology advances, international teams of academic researchers, including those at Dalhousie University’s Ocean Frontier Institute in Halifax, are developing smart blueprints for how to restore the ocean to health through strategically placed protected areas, increasing the ocean’s ability to provide food, store carbon and maintain its diversity of lifeforms. The global conservation community has set a goal of protecting 30 per cent of the ocean by 2030. 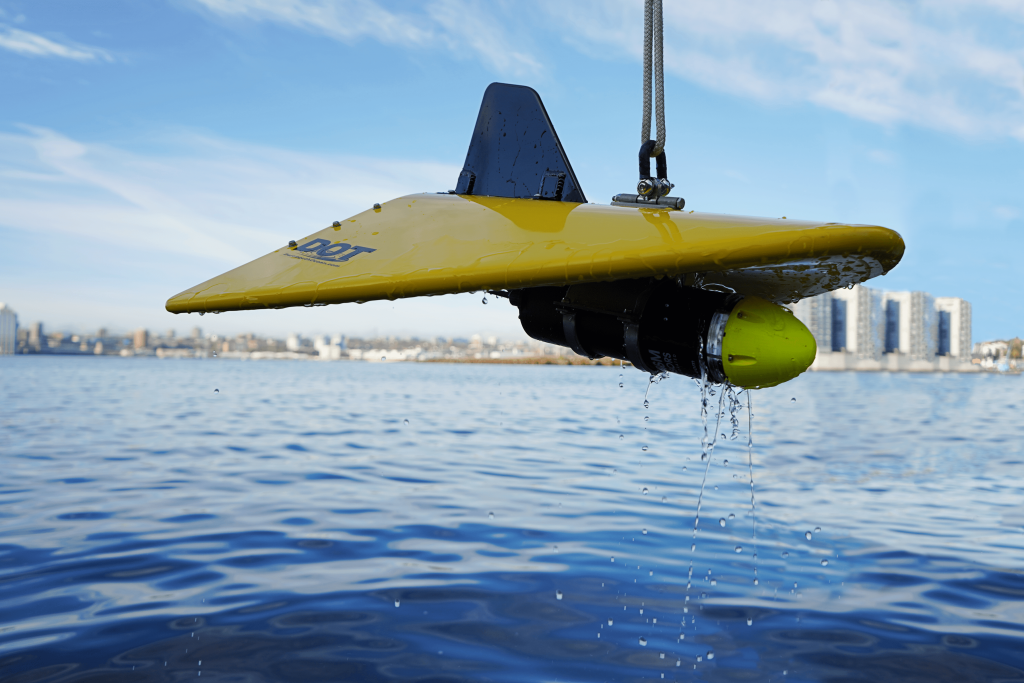 World leaders are also getting into the act. In December 2020, the high-level Ocean Panel, led by 14 national leaders including Canadian Prime Minister Justin Trudeau, launched a bold plan to foster a sustainable global ocean economy that gives everybody a chance to participate. The United Nations has just begun a decade earmarked to focus on the role science can play in safeguarding the ocean. And global climate talks are increasingly focused on how carbon affects the ocean.

Oil and gas operations, such as Petroleum Research Newfoundland and Labrador, are involved in the supercluster, too, says MacDonald. They are investing heavily in the digitization of clean technology and sustainable energy.

“They’re part of our journey towards the future of energy,” she says.

The Ocean Supercluster’s larger aim is to increase the amount of Canada’s economic activity that comes from the ocean. At the moment, the figure is $36 billion or about 1.6 per cent of our gross domestic product. That’s about half of the global average of three per cent of GDP. And that’s despite the fact that Canada has the longest coastline in the world.

“If you combine our natural geographic advantages and think about getting to the global average and then think about growing that,” says MacDonald, “I would say there is a tremendous amount of opportunity.”