Can Geo editors reveal their favourite destinations and travel experiences from the past year to help inspire your next adventure in Canada and beyond
By Aaron Kylie, Nick Walker, Harry Wilson, Michela Rosano and Alexandra Pope
December 27, 2017 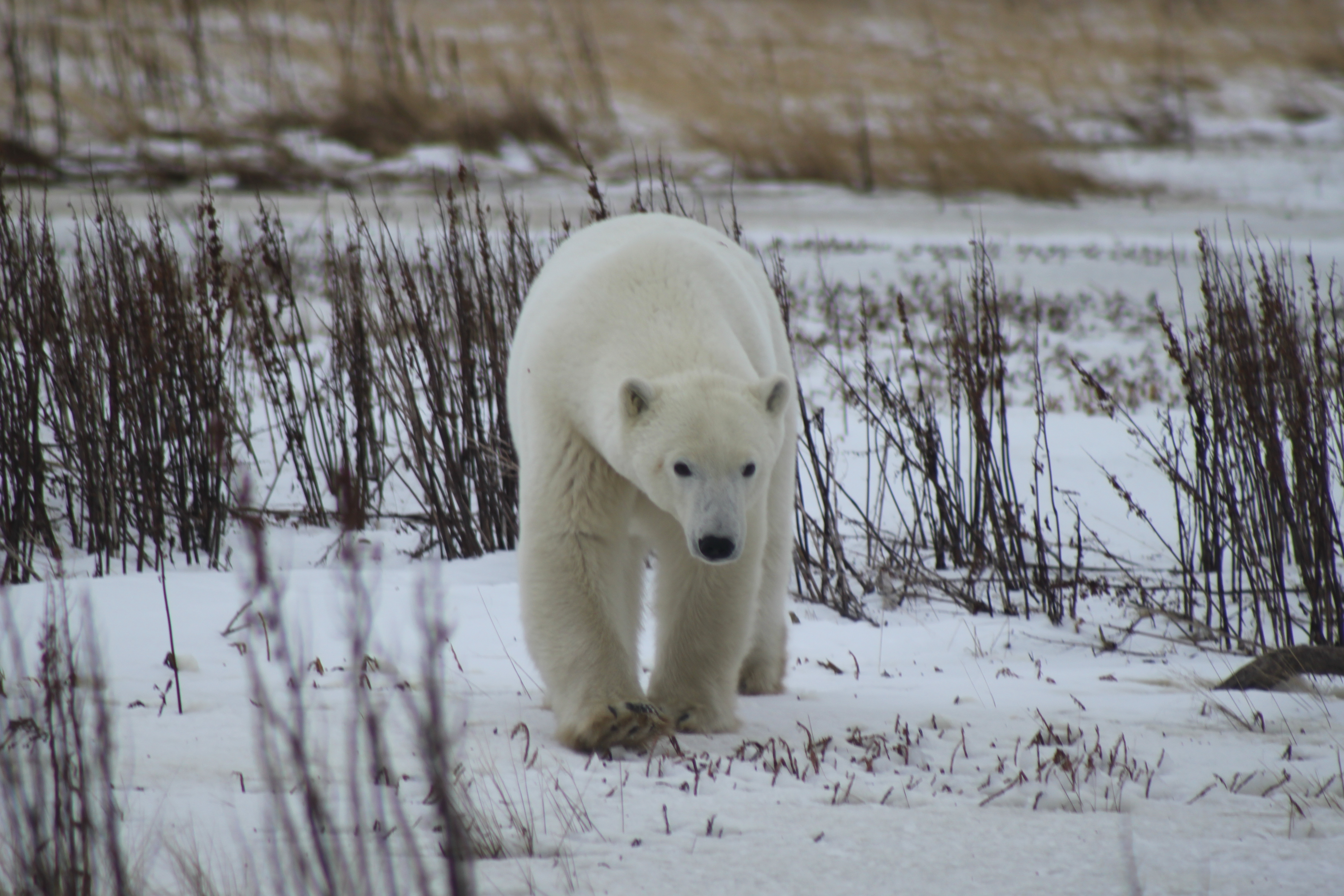 A well-travelled colleague of mine told me it was the best trip he’d ever been on — by far. Having a general sense of his world travels and given my own share of memorable vacation experiences, I was a bit skeptical that Churchill Wild’s Great
Ice Bear Adventure could live up to the hype. But it does. And then some. A small group of 16 guests spent two days with knowledgeable guides hiking the tundra and freezing coast of Hudson Bay about 30 kilometres northwest of Churchill,
Man., tracking polar bears. Within an hour of arriving, my group saw two bears about a 10-minute walk from the lodge. During the next two days, we saw at least a dozen bears, most at a distance of no more than 15 metres away. At one point, we had three of them around us. On three different occasions, bears approached our group and came within about six metres of us. Back at Churchill Wild's fenced lodge, bears came right up to the enclosure. Being on eye level with and literally a stone’s throw from North America’s apex predator with just two men or a wire fence between you is spine-tingling, and definitely an experience that’s hard to beat.

Birdwatching and beer-tasting in maritime Quebec 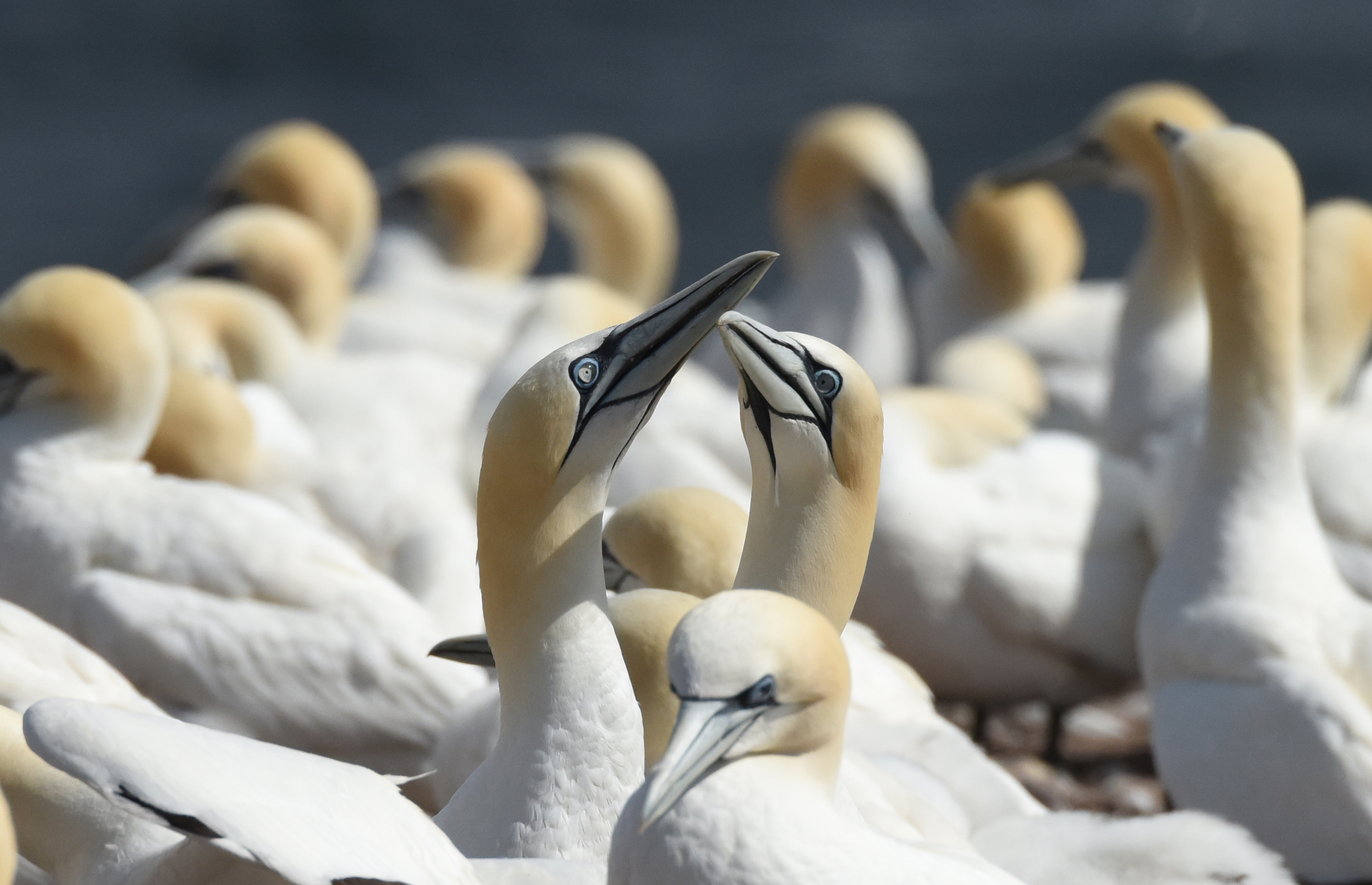 If grating, metallic bickering and the pungent odour of fish and sun-dried seaweed don't sound like ingredients for a terrific afternoon, you're simply mistaken. Those are the first things to register as you pass through the forest on Bonaventure Island, Que., on your way to plunging cliffs and the famed northern gannet colonies. All of a sudden, a carpet of thousands of preening, barking, brawling white birds — many stretching more than a metre in height — comes into sight, and hours can disappear while you gape at the theatrics of the excitable, highly territorial creatures from overhanging viewing stations. These are the wildlife stars of Parc national de l'Île-Bonaventure-et-du-Rocher-Percé, one of North America's largest migratory bird sanctuaries and a must for anyone visiting the town of Percé, on maritime Quebec's beautiful Gaspé Peninsula. The ferry to and from the island brings you beneath the same cliffs, along rocky coasts strewn with basking grey seals, and circles Rocher Percé — one of the country's great geological monuments and a page on many a landscape calendar. On the mainland and a stone's throw south of Percé, the IPA and porter at Microbrasserie Pit Caribou will help reset your senses; both brews have earned gold at world beer competitions in the last year. 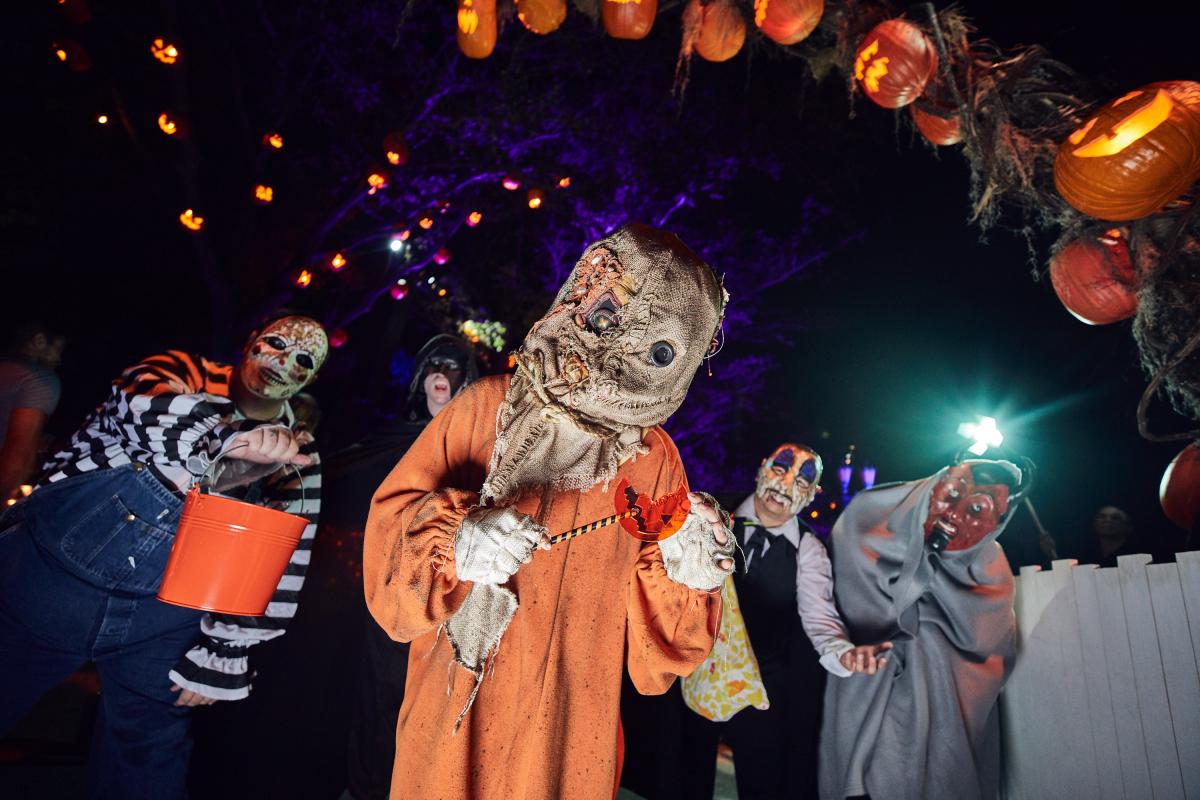 The travel experience that topped my list this year was the dizzying day I spent at Universal Studios Florida theme park in Orlando this past fall. My husband and I arrived around noon and beelined to the park’s iconic gates, where we were greeted by Marilyn Monroe’s parade in the Hollywood Character Zone. Then we scrambled to Springfield and lifted a pint of Duff at Moe’s Tavern, perused the Kwik-E-Mart (which was actually a Simpson’s-themed gift shop!) and got our picture taken with the Duffman and Jebediah Springfield statues. Having watched the Simpsons for about 20 years, I was in complete fangirl mode. Later that night, we returned to the park for Universal’s Halloween Horror Nights event and I had another moment. The only thing that can top visiting Springfield is a creepy evening filled with haunted houses, including an intensely realistic version of The Shining’s Overlook Hotel, and getting spooked by characters from my favourite horror movies. I need to go back. 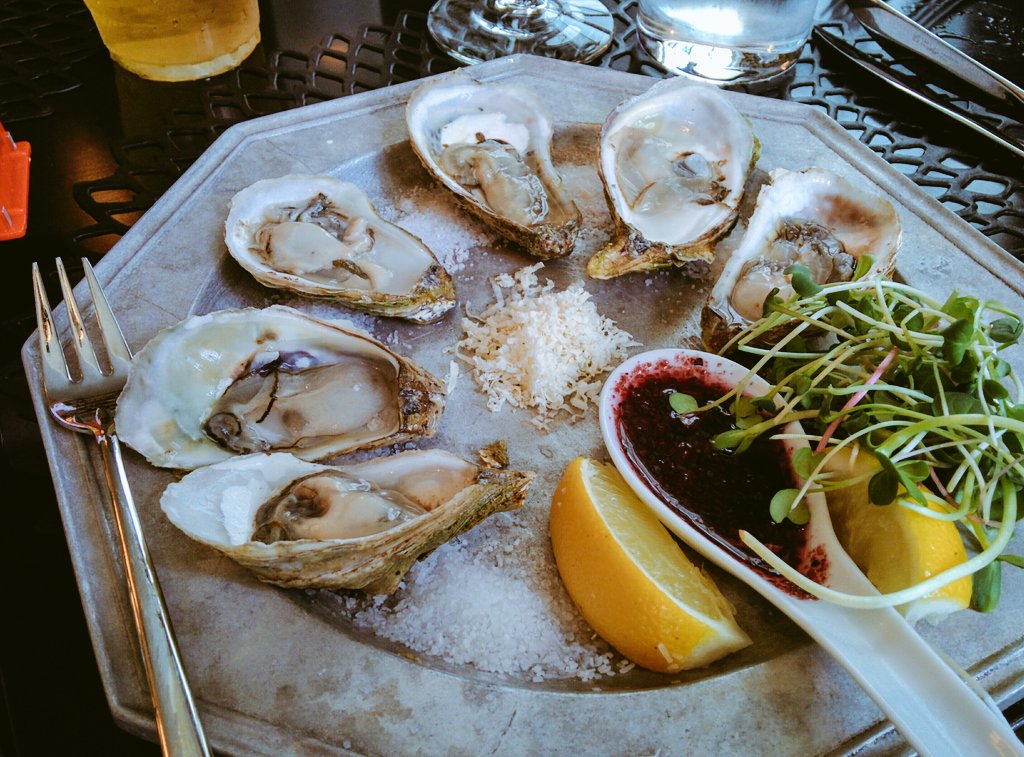 Prior to 2017, my experience of New Brunswick had, sadly, been limited to the Moncton airport and the stretch of the Trans-Canada Highway that leads to Nova Scotia, where my parents live. I'd always wanted to see more of the province, though, and I got my chance to do so this summer. It didn't disappoint, of course, and while I really enjoyed the short time I spent in Saint John, I loved St. Andrews. Whether I was lounging on the patio of the Algonquin Resort drinking a pint of Picaroons' Timber Hog and eating oysters, wandering through the gorgeous Kingsbrae Garden, learning to paint a landscape at the Sunbury Shores Arts and Nature Centre or visiting the small but excellent aquarium at the Huntsman Marine Science Centre, everything I did in this seaside resort town in the province's southwest corner had a relaxed feel that made me want to extend my stay — or at least go back for another visit one day.

Another highlight of 2017 was riding a dune buggy through Oceano Dunes State Vehicular Recreation Area, the most extensive coastal dunes in California and the only California state park where vehicles are permitted to drive on the beach. The highlight isn't so much along the shoreline as it is a short distance inland, where you'll find yourself zipping up and down towering crests of sand while keeping an eye out for wildlife such as coyotes, red-tailed hawks and American kestrels. Riding through a sensitive ecological area does seem counterintuitive, but state authorities tightly control where motorized vehicles are allowed to go, which helps keep the thrillseekers and conservationists who love this remarkable ecosystem happy.
— Harry Wilson, senior editor

Classic winter fun in Quebec and playing castaway in Panama 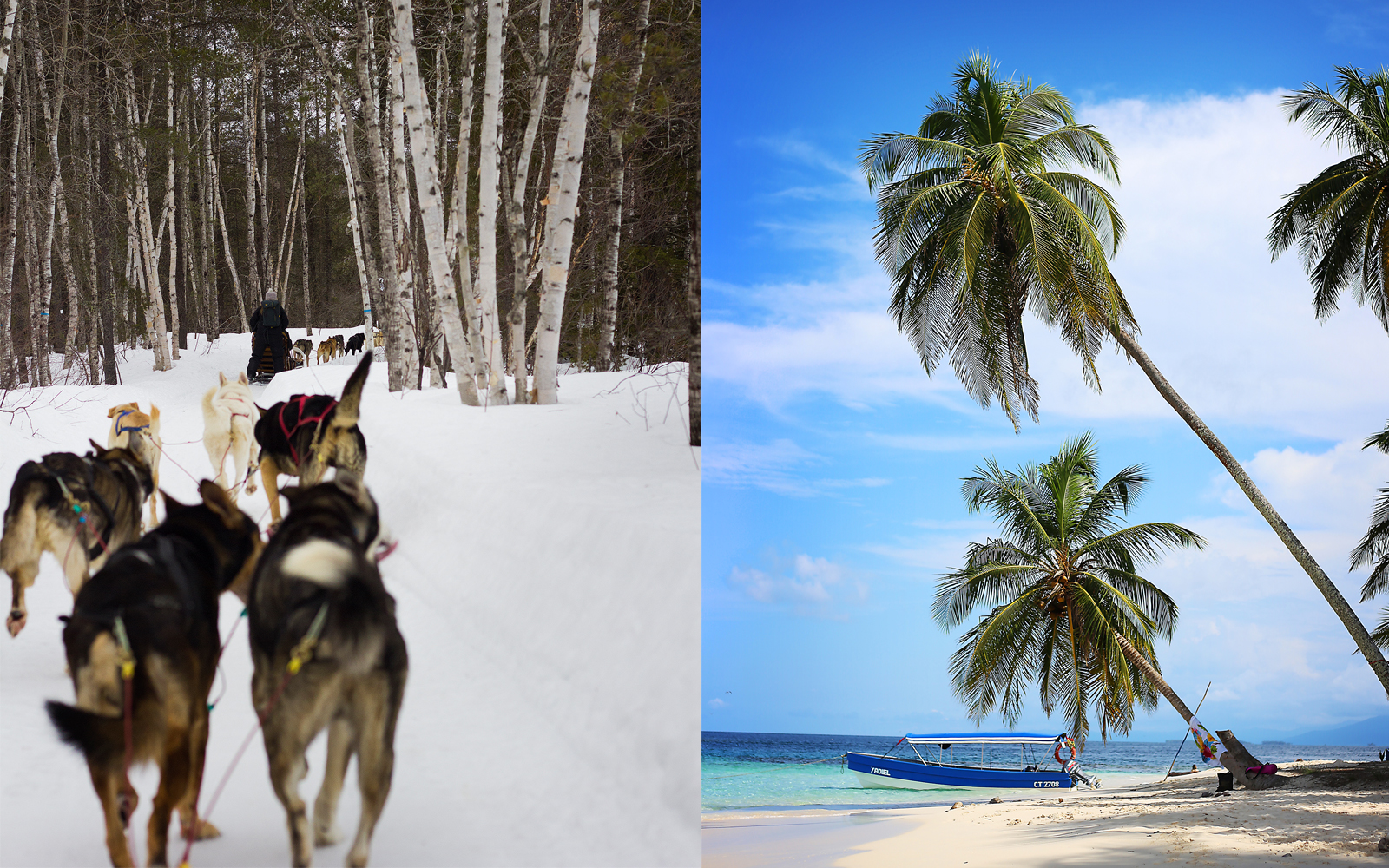 In my experience, the most memorable moments of any trip — the ones that turn into stories you tell again and again — are the ones when things don’t quite go to plan, when you have no idea what’s going on, and when you’re maybe just a little bit afraid. To wit, I started my year in travel being thrown out of a dogsled in Quebec, and ended it marooned on a tiny island off the Caribbean coast of Panama, and if I had to live these moments over again, I wouldn’t change a thing. The dogsledding incident was the capstone of an actually-quite-wonderful trip to Quebec’s Mauricie and Lanaudiere regions that also saw me try snowmobiling for the first time at the beautiful Auberge du Lac Taureau (that story appears in the Winter 2017 print edition of Canadian Geographic Travel) and watch the stars come out one by one in a hot tub overlooking a snow-covered lake at the luxurious Hotel Sacacomie. The marooning really only lasted an hour and a half while a heavy thunderstorm made boat travel between islands in Panama's Guna Yala archipelago too dangerous. The time was well spent swimming in the warm tropical rain (and scanning the horizon for stray Wilson volleyballs). The tourism infrastructure in Guna Yala is not as well-developed as in Bocas del Toro, but travellers willing to rough it a little will be treated to pristine (and at times nearly deserted) beaches, incredible fresh seafood, and an opportunity to learn more about the Gunas, an autonomous indigenous group who inhabit the islands and cooperatively manage all tourism in the region.