“I was standing on top of it with forty men employed in trying to stop the leak when I felt a motion like an earthquake and instantly ordered the men to run, the stones falling from under my feet as I moved off.” —Colonel John By

Today, the Rideau Canal is held up as one of the major engineering feats of the 19th century. Built over just six years between 1826 and 1832, the route joining the Ottawa River with Kingston is a technical triumph that now welcomes thousands of summer boaters, eager to navigate the scenic waterway and the series of locks that operate much as Colonel By originally designed them.

The finished waterway would include 47 masonry locks and 52 dams. The most challenging was the dam at Hogs Back, then known as Three Rock Rapids, in Ottawa. As the canal system took shape, By decided to dam the Rideau River here, raising the water level to drown out the rapids between Hogs Back and Black Rapids, some seven kilometres upriver. To the west of the dam, a set of locks and the artificial channel of the Rideau Canal were separated from the natural channel of the river. Swift water and intense spring floods made the work difficult, but By thought he had a design that would tame nature.

Construction began in July 1827. In late February 1828, floods carried away much of the early work. The damage was quickly repaired, but a second surge again destroyed a large portion of the dam on April 1. But the biggest disaster was yet to come.

A crew of more than 300 labourers got to work rebuilding the dam. Bigger and stronger, it was completed in the spring of 1829. On March 28, with the force of the mighty Rideau pressing against it, the dam sprang a leak. The impending catastrophe was due, in part, to the builders’ inexperience with cold-weather engineering. They hadn’t realized that the unfrozen portion of the dam below the waterline might slump while the frozen earth above the waterline stayed solid. Crews worked desperately to stem the breach, but to no avail. On April 3, the ground above the dam began to rumble, the centre burst, and the river rushed through. Fortunately, the top of the dam, above the waterline and frozen solid, formed an arch — holding just long enough for the workers to escape. 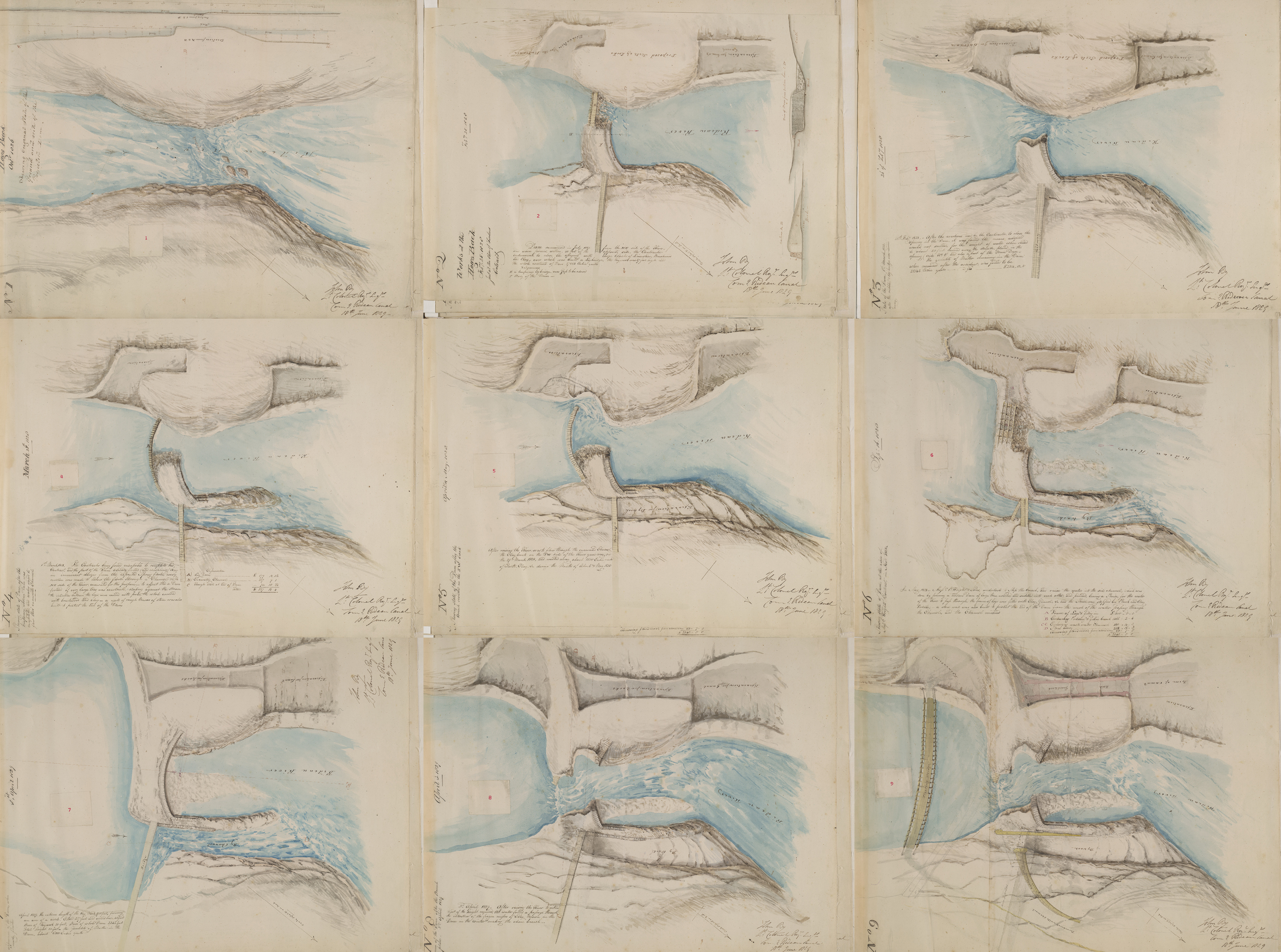 With files from Erika Reinhardt, archivist, Library and Archives Canada