Canadian molecular biologist Miranda Wang, 25, was today named one of five laureates in the prestigious 2019 Rolex Awards for Enterprise, which supports entrepreneurs whose work is making a significant contribution globally to improve people’s lives and/or the environment.

Wang was recognized for her work as co-founder and chief executive officer of BioCellection, a California-based company dedicated to turning unrecyclable plastic waste into chemicals that can be used in industrial and consumer products.

“Our process is an accelerated composting method for plastics,” says Wang. “We’ve validated this process, demonstrated proof of concept at the lab scale and we’re now working with engineering firms to scale up.”

“These awards demonstrate the company’s commitment to make a positive contribution to society and the wider world,” says Rebecca Irvin, head of the Rolex Institue, which oversees the recognition program. “These are not achievement awards. They are given for new or ongoing projects that advance knowledge of the world, improve human well-being and protect our natural and cultural heritage.”

The Rolex Awards for Enterprise have been honouring such accomplishments since they were first presented in 1978. The program was introduced to commemorate the 50th anniversary of the Rolex Oyster, the world’s first waterproof watch, and reflect the company’s values of quality, ingenuity, determination and enterprising spirit.

The awards are intended to fill a gap in corporate philanthropy by supporting pioneers who have little or no access to traditional funding. They are one of the oldest corporate awards, and have now recognized the work of 145 individuals — including physicists, sociologists, wildlife biologists, explorers, geologists, mountaineers and more.

Being named a Rolex laureat isn’t the first such acknowledgement of Wang's work. In November 2018, she and BioCellection received the Pritzker Emerging Environmental Genius Award from the UCLA Institute of the Environment and Sustainability along with its USD $100,000 prize. She is also a UN Environment Young Champion of the Earth and was named one of Forbes’ 2019 30 under 30 Social Entrepreneurs along with BioCellection co-founder Jeanny Yao.

Wang and Yao have been collaborating on finding solutions to the planet’s plastic waste problem — just nine per cent of plastic is recycled — since they were members of their high school recycling club at Magee Secondary School in Vancouver a decade ago. In 2012, the duo won the Sanofi BioGenius Challenge in British Columbia, a science competition for high school students, for a project on recycling plastic.

After graduating university, the pair started BioCellection. The company sources post-consumer plastic waste from city governments, waste companies, corporations and schools. It is currently testing its process of transforming unrecycled plastic, specifically polyethylene (used in flexile plastics such as bags, bubble and food wrap, trash bags and retail packaging and a third of all plastic produced globally) into reusable chemical components. Those include a number of acids that can be reused to make a range of new plastic products — plastics currently being made with fossil fuels. 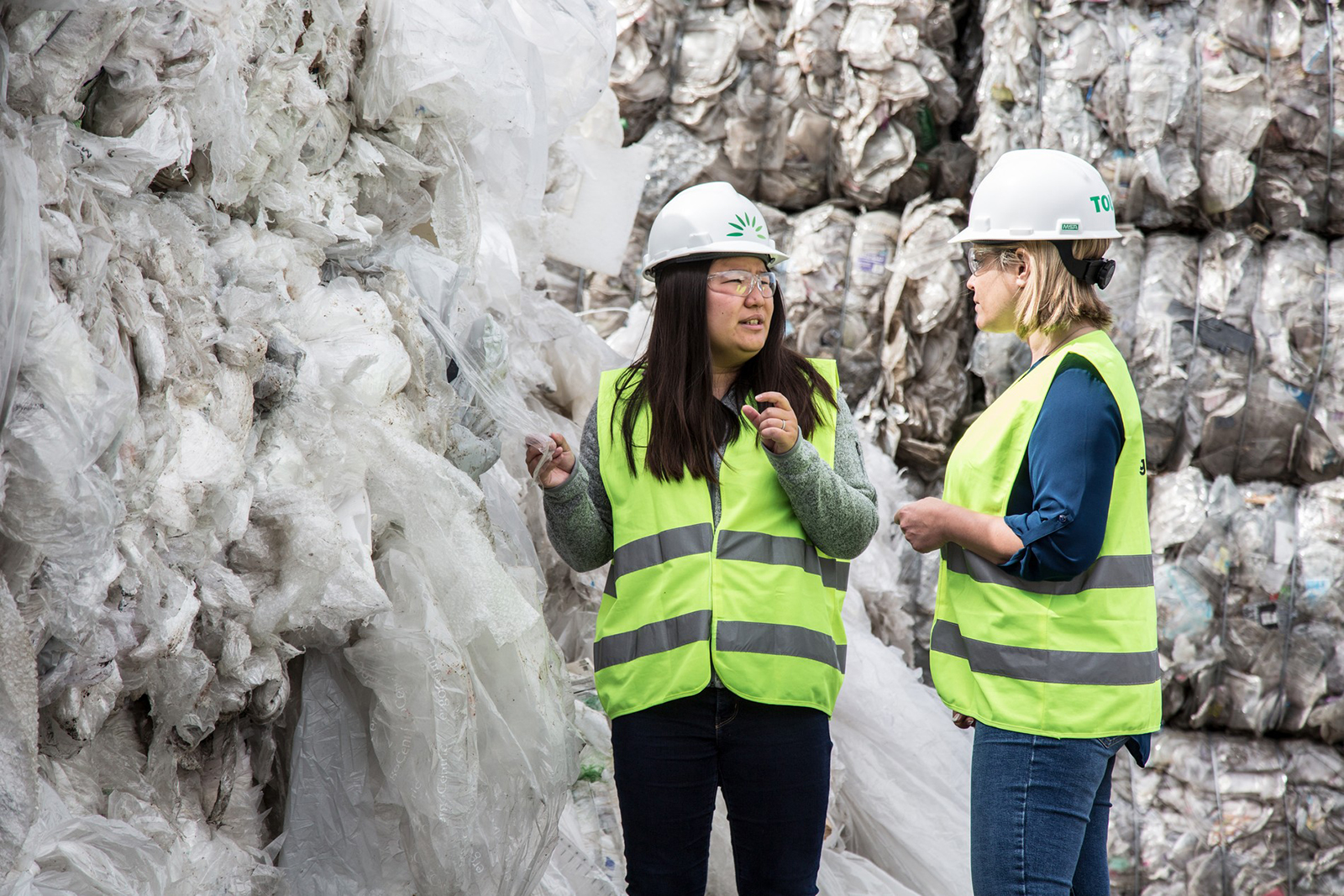 "We're taking plastics that are not recyclable today, says Wang. "We take things like dirty plastic bags and single-use packaging materials, and we transform them into valuable chemicals that can then be used to make durable materials for products we use every day."

The company’s process converts most of the plastic waste in uses into chemicals, which are 99 per cent pure and commercial grade.