Can PEI reach their 7 per cent protected land goal by the end of the year?

Currently only at 4.4 per cent, the province still needs to acquire another 2.6 per cent of land to protect by the end of 2020
By Madigan Cotterill
August 7, 2020

A landscape of natural beauty, Prince Edward Island is a province known for its rolling hills, red cliffs, and infinite beaches. As the smallest province in Canada, P.E.I. is the most densely populated and also has the lowest percentage of protected land — something they've been working to fix over the last few years.

To meet the goal of seven per cent by the end of the year, another 2.6 per cent of land must become protected in the next five months — more than double what has been acquired in the last two years. To meet this goal, a lot of work will need to be done but several challenges stand in the way.

Defining protected areas as cornerstones of conservation, Canadian Parks and Wilderness Society says that parks and protected areas are important because they help to conserve biodiversity, provide food and medicine, and can reduce the impact of climate change. With Canada’s biodiversity in danger, protecting the land is imperative to help conserve wildlife and keep ecosystems functioning.

To help safeguard biodiversity throughout the country, the CPAWS report states that Canada has pledged to achieve at least 17 per cent protection of land and freshwater by the end of 2020. Following this, the plan is to then work to reverse the ongoing decline of the environment.

“I think that we are starting to understand a little more clearly, particularly in the last three or four months, how intimately our future is connected to that of the earth,” says Megan Harris, the executive director of Island Nature Trust. “Being able to ensure that we protect some area as a natural area is important. Not just for its intrinsic value, but also as a way of protecting ourselves and our own future.” 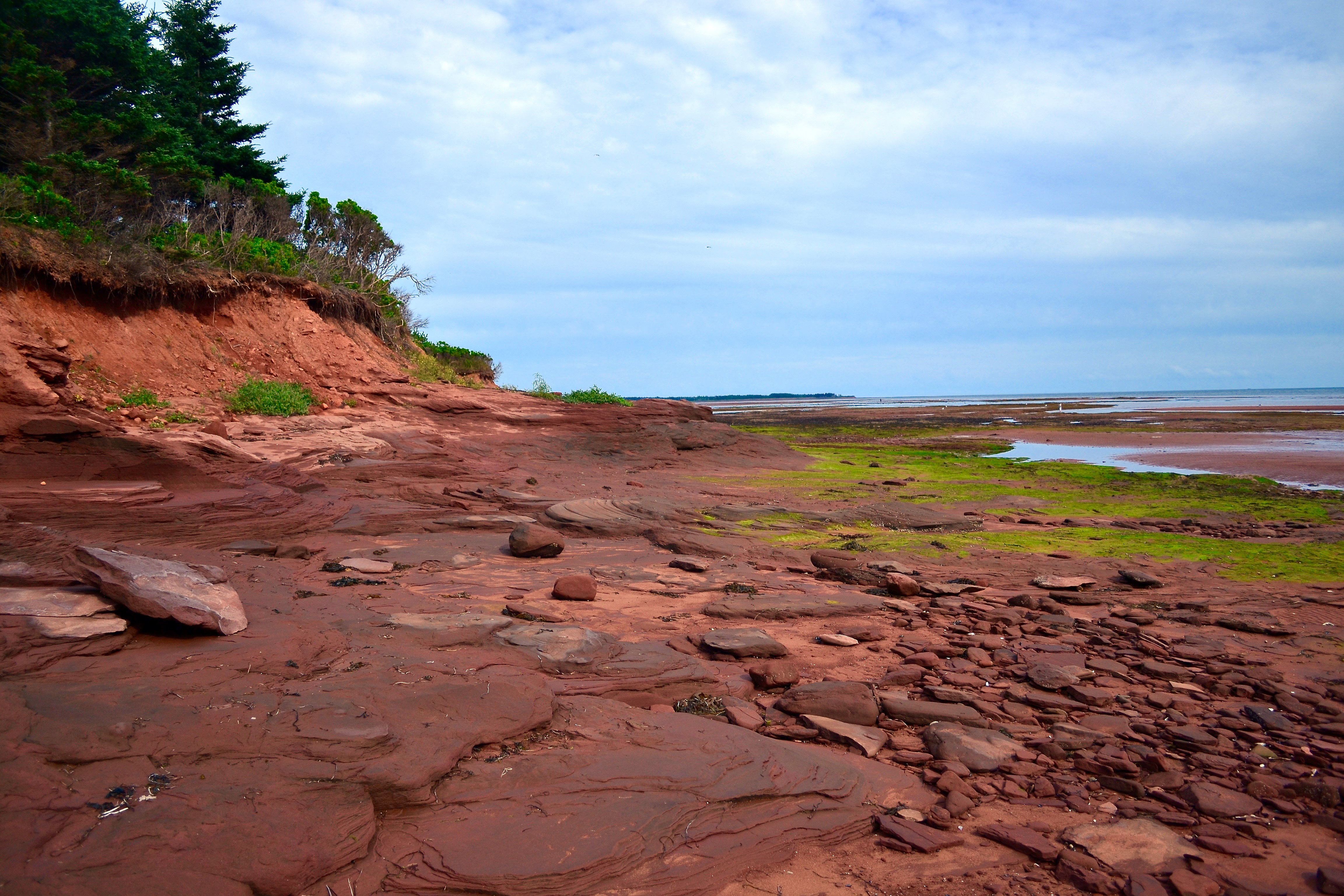 Most of the land in P.E.I is privately owned. (Photo: Madigan Cotterill)

One main challenge preventing the province from protecting land is private land ownership.

“The profile of land ownership in P.E.I. is markedly different than it is in most other provinces,” says Harris. “Eighty-seven per cent of the land is privately owned.”

This is unique to Canada as the opposite is experienced in the rest of the country. Harris explains that in the 1760s, the island was parcelled up into lots by the British. Most of these lots have now been further divided into sizes of about 50 acres. Each of these lots will have a different landowner.

“There are some logistics involved in trying to acquire large quantities [of land] in any given year, in that by necessity, that means multiple parcels of land. Each one of those takes time to go through the process of getting appraised and going through the legal steps required to transfer land,” says Harris.

A recommendation from the CPAWS report suggests that P.E.I. should work with private land trusts, like Island Nature Trust, to protect more private land on the island. On World Environmental Day in June 2019, the Nature Conservancy of Canada announced the protection of a new, 35-hectare coastal property along the Percival River in Egmont Bay. Later in 2019, the Island Nature Trust acquired a 28-hectare piece of land thanks to a donation made to the organization.

Harris says a second challenge is related to resources.

“There are 600 charities in P.E.I. Most of them are human health-related, and they get the bulk of the money.” There are only about 150,000 people in P.E.I., and there are no private foundations that focus on land conservation east of Quebec.

Reaching the seven per cent goal by purchasing private land is an expensive proposition, but a partnership with the Government of Canada may help with getting the work done.

“We’re certainly very excited that we’ve been able to partner with the Government of Canada,” says Kate MacQuarrie, the director of Forests, Fish, and Wildlife in P.E.I. “They’ve invested almost one and a half million dollars, last year and for the next couple of years to help us acquire the land.”

CPAWS has made another recommendation for the government of P.E.I. to create a strategy to protect more public land that it does not manage in the province. The CPAWS report states that the strategy should focus on attaining connectivity across the island and work with Indigenous communities. Efforts like this are already underway.

In September 2019, L’nuey, the Epekwitk Mi’kmaq Rights initiative was launched by the First Nation’s leadership. With a focus on preserving, protecting and implementing the constitutionally entrenched rights of the Mi’kmaq people of P.E.I., Epekwitk, L’nuey has the responsibility to lead the discussions and negotiations related to the potential establishment of the Hog Island park reserve. 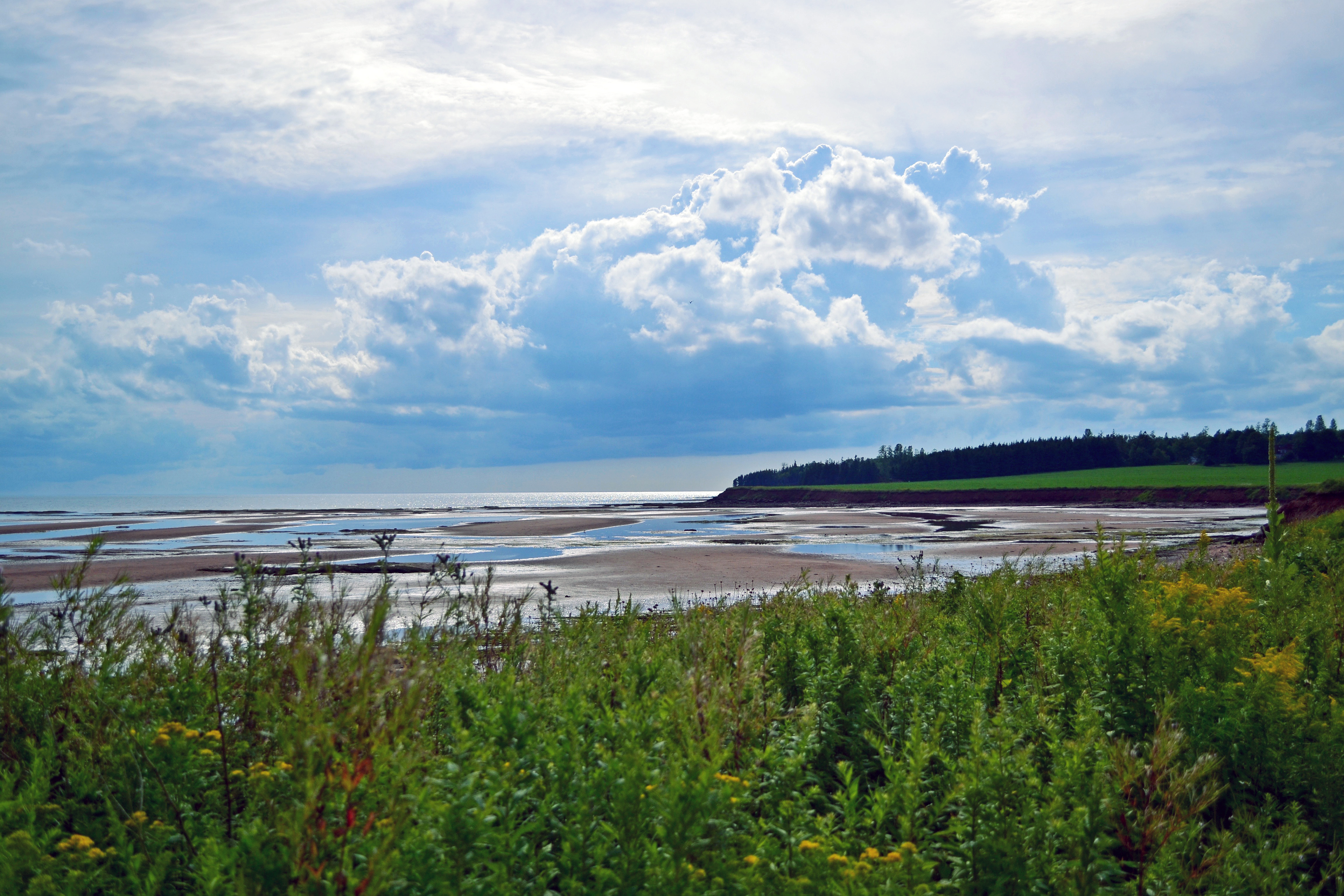 Parks Canada, the provincial government, land trusts and Indigenous Peoples are working together to protect the land. (Photo: Madigan Cotterill)

Off of P.E.I.’s north shore sits the Hog Island Sandhills, a 50 kilometre stretch of barrier islands that are made up of George Island, Fish Island, and Bill Hook Island. In August 2019, a feasibility study was launched to examine the creation of a cooperatively-managed national parks reserve that would turn the Hog Island Sandhills into protected land.

In a partnership with the government, Parks Canada, and land trusts, the Mi’kmaq First Nations of P.E.I. are working towards the protection of this natural area.

“Natural areas of Epekwitk (Prince Edward Island) have supported the Mi’kmaq people for thousands of years. Conservation of P.E.I.’s natural areas is deeply important to the Mi’kmaq First Nations,” said Jenene Wooldridge, executive director of L’nuey in a written statement.

“The Hog Island area, known as Pitaweikek in the Mi’kmaq language, is very special to the Mi’kmaq. It is a coastal wilderness which is home to an ancient and ongoing Mi’kmaq land use tradition. It features ancient Mi’kmaq archaeological and cultural sites and rare and endangered species.”

With several initiatives underway, MacQuarrie says that the province is expected to make significant progress before the end of the year.

“Part of that is because of that investment of funds by the federal government to help us out.” The province is also continuing to review public lands that could qualify for protection. MacQuarrie says that it is an ambitious goal, but she is optimistic.

If already held public land can be reclassified as a natural or conservation-based area, Harris believes that the goal can still be achieved. As time goes on, however, she says the chances are reduced.

“COVID certainly didn’t help,” says Harris, adding that the pandemic slowed down many of their efforts. “What I would say is that I think it’s important to also look beyond the numbers.  Quality matters just as much as quantity does.