The best novels about Canada, by Canadians 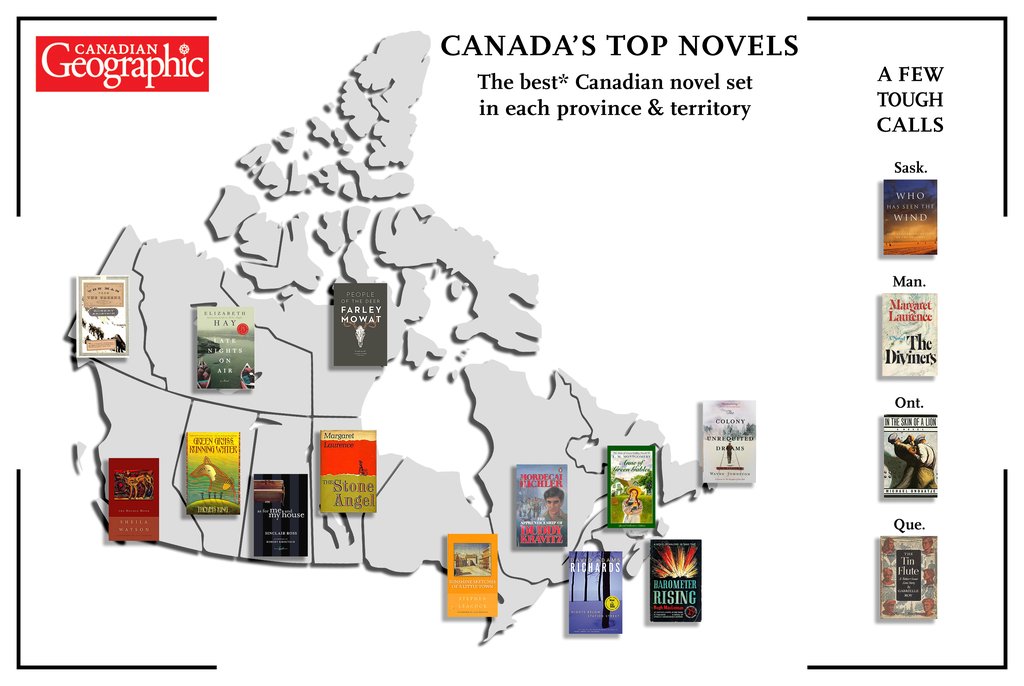 To see a larger version of this map, copy and paste this link into your browser: http://bit.ly/1mm0adp // Map created by Nick Walker

Canada, it seems, was made for stories. Think about it: the stunning variety of landscapes that, while beautiful, challenge the body and the spirit; the diverse mosaic of characters; the dauntlessness that seems to define the culture of northern countries. It's no wonder that legions of writers have made Canada their muse, bringing our country to life for the world. We wanted to honour some of their stories.

Inspired by this map, some Canadian Geographic editors got together and picked out a few of our favourite books that are set in each province or territory. While each of these was written by a Canadian, there are also many foreign literary giants who have been captivated by Canada. (Looking at you, Jack London.)

Perhaps it goes without saying, but this list is hardly definitive. A book is ultimately a subjective experience and we look forward to hearing what titles you would add. Suggest your alternatives in the comments or on Twitter and help readers find more great novels set in Canada!

Ont. Sunshine Sketches of a Little Town by Stephen Leacock (1912)

Que. The Apprenticeship of Duddy Kravitz by Mordecai Richler (1959)

N.L. The Colony of Unrequited Dreams by Wayne Johnston (1998)

Man. The Diviners by Margaret Laurence (1974)