Toronto’s Nathan Phillips Square lies in ruin; its famed ice rink torn up and overtaken by a beaver pond. Beside it, a repurposed city hall is in slow decay and covered in fungus. In Mathew Borrett’s parallel universe, nature has once again reclaimed Toronto.

That’s the basis for Hypnagogic City, the Toronto-based artist’s latest exhibition housed at the Red Head Gallery until March 25. (Hypnagogia is the transitional state between wakefulness and sleep.) Using a publicly-available model of the city, Borrett transformed the landscape into a hyper-detailed depiction of Toronto’s civic centre in an alternate universe where crumbling buildings are slowly being devoured by nature.

Here, Borrett shares the two main pieces in the collection, along with three detailed crops and an exclusive variation showing a creeping Lake Ontario drowning the downtown core. 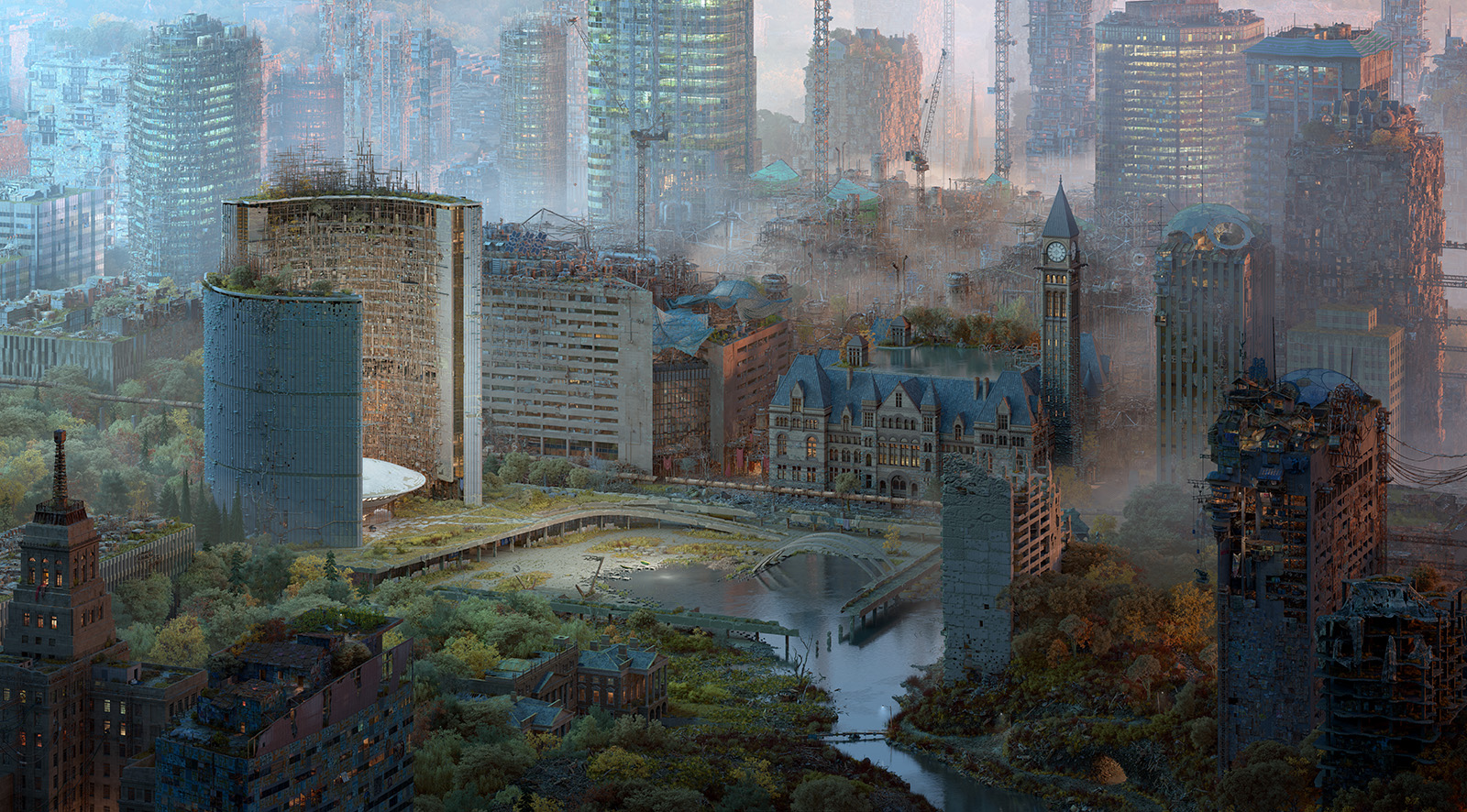 One of two main pieces in the exhibition. The scene depicted is not meant to represent a plausible view of the future, but is more of an imaginative expression of Borrett's interest in the uneasy intersection of nature and the urban environment. (Image: Mathew Borrett) 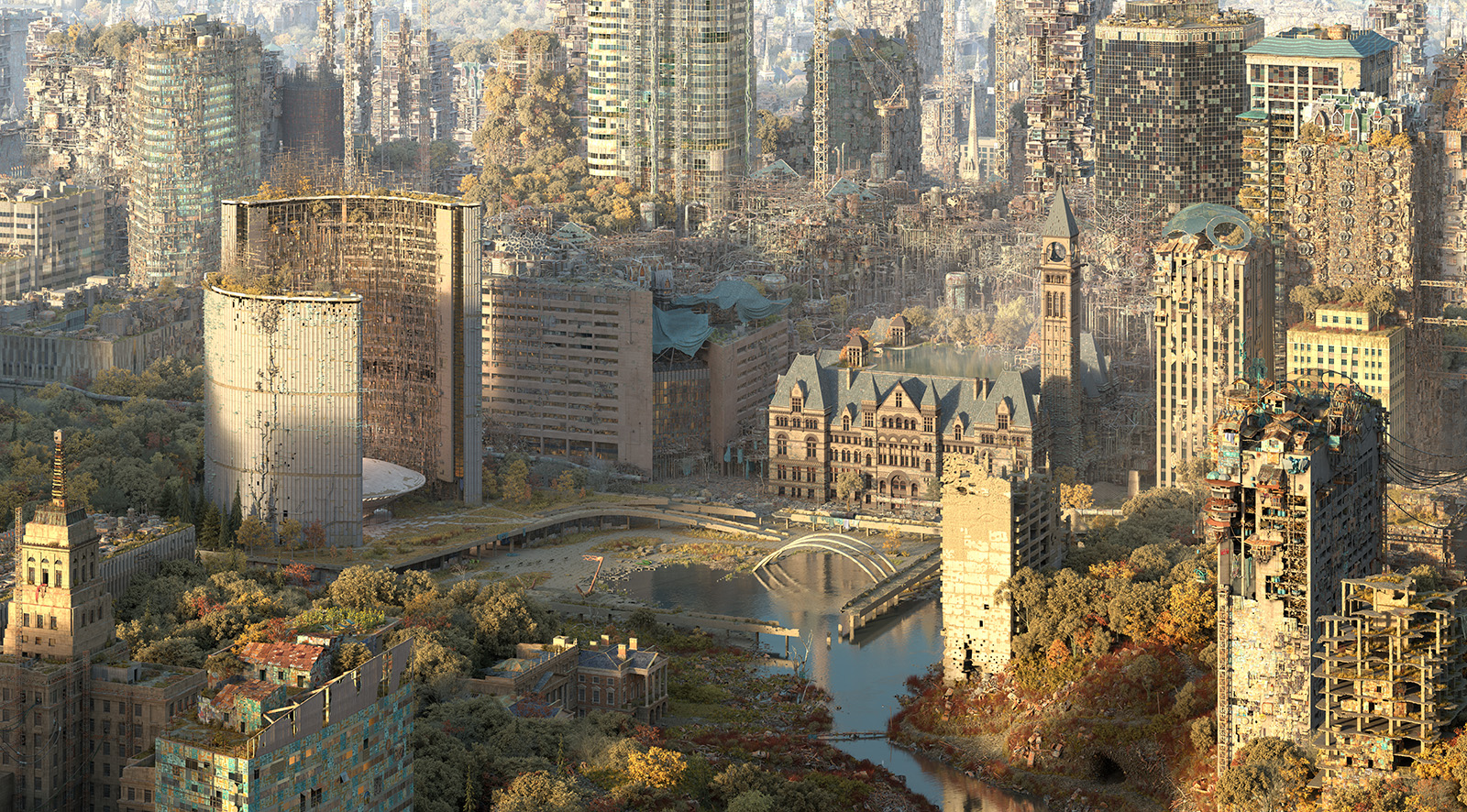 One of the two main pieces in the exhibition. Borrett's work is created using digital 3D modelling and rendering software. Once the scene is built, it's possible to generate many variations by changing the lighting. (Image: Mathew Borrett) 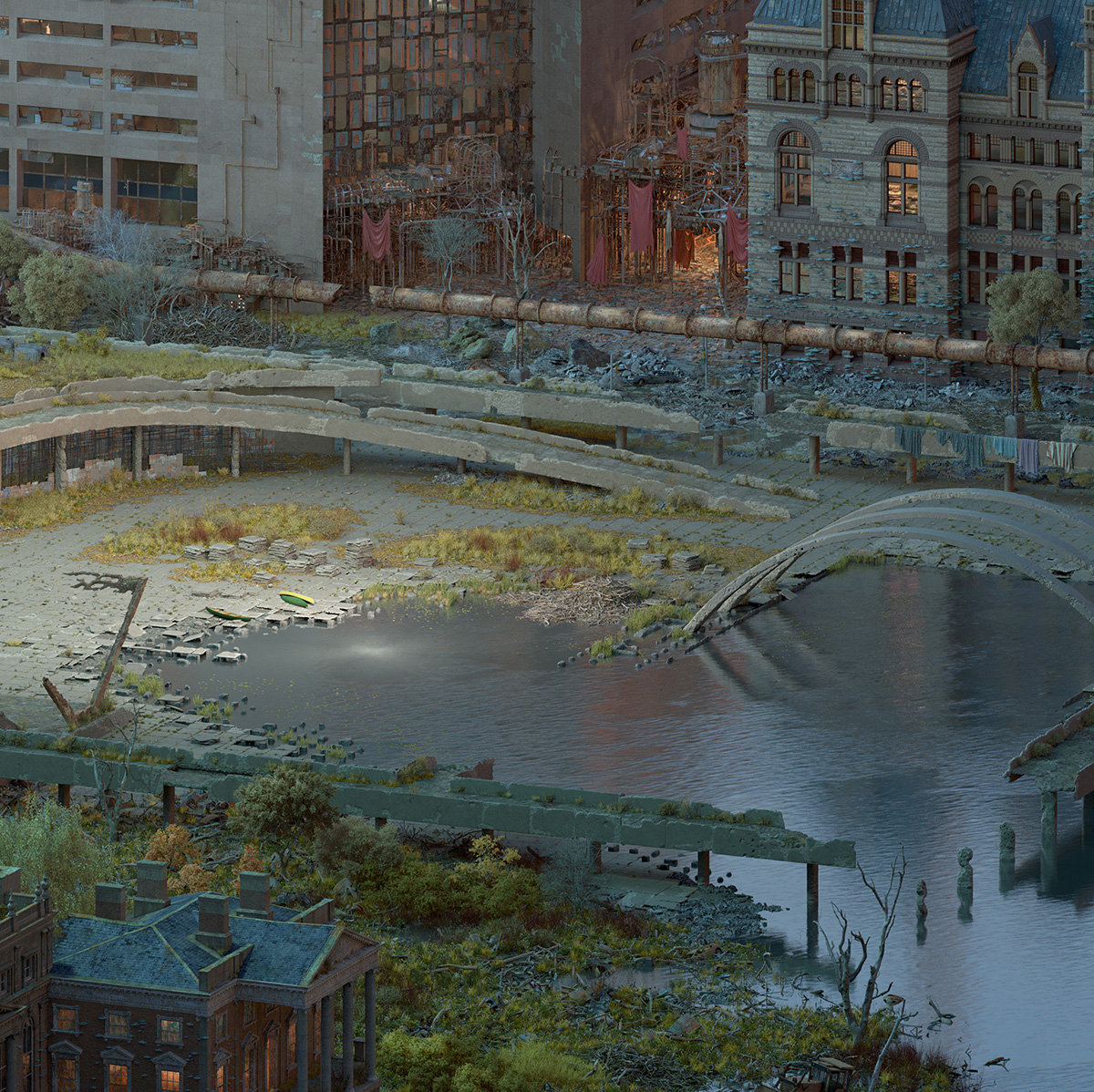 A close-up view of Nathan Phillips Square, partially torn up and replaced by a pond. The canoes and beaver lodge harken to Borrett's canoe trips in Killarney and Algonquin provincial parks. (Image: Mathew Borrett) 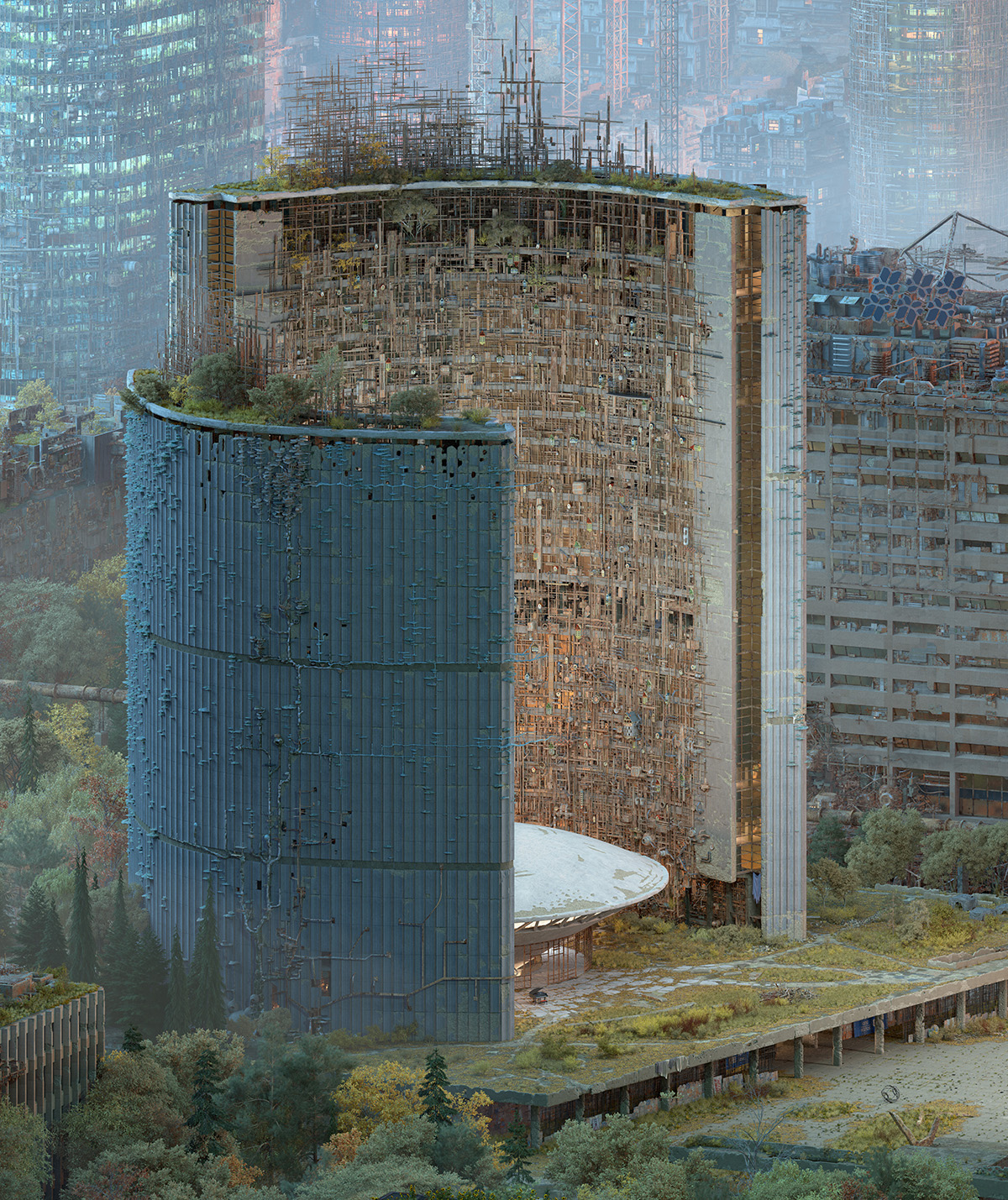 A crop of the decayed and repurposed Toronto City Hall inspired by rotting, fungus-laden tree stumps in the woods. (Image: Mathew Borrett) 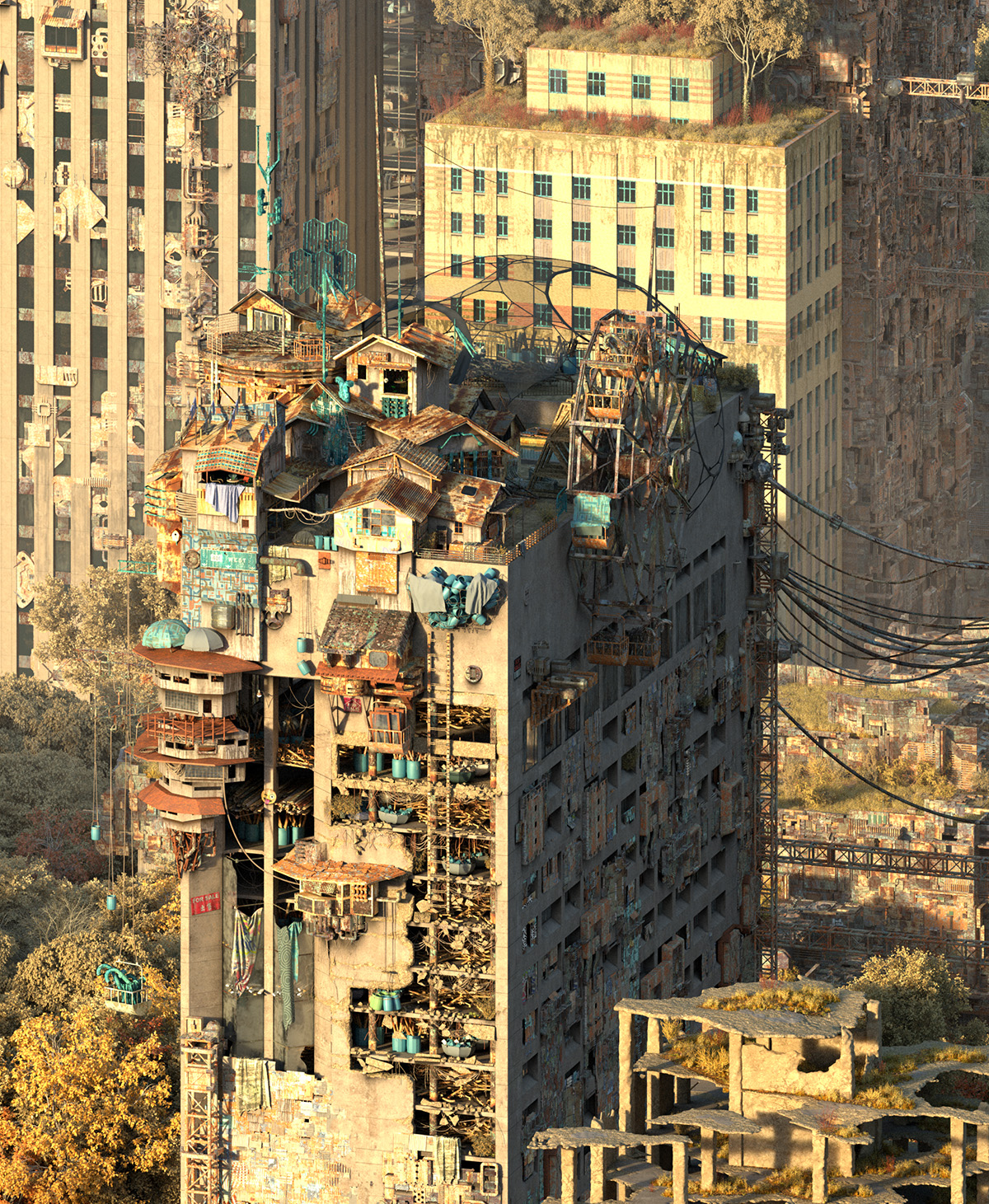 A detailed view of the Hilton hotel as shanty town or salvage workshop after a century or more of decay and adaptive re-use. (Image: Mathew Borrett) 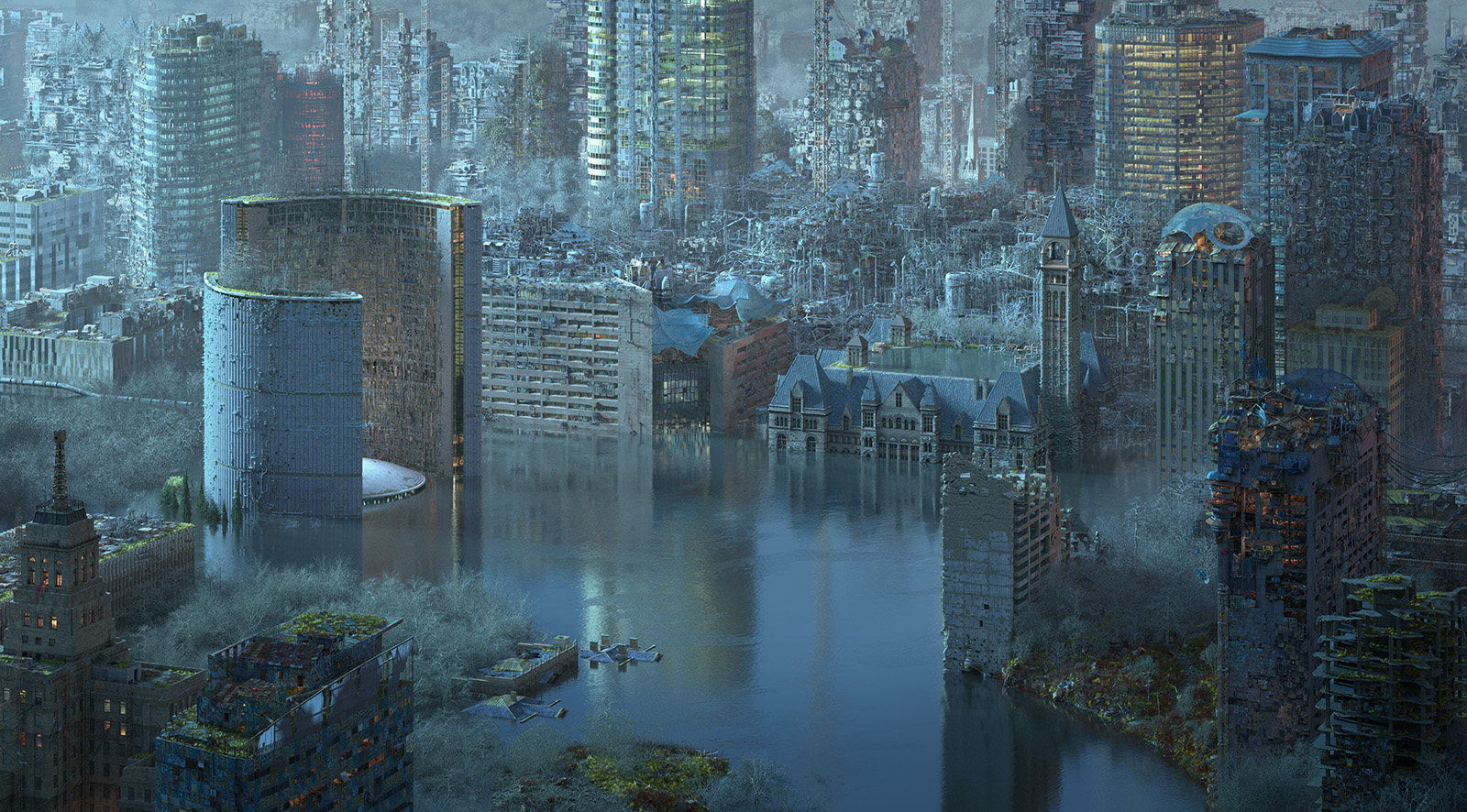